There’s nothing quite like taking out hordes of undead with a warhammer, although players who use this weapon type are fairly rare. Warhammers have exceptional damage but they require two hands to wield, as well as having a slow attack speed. This results in a walking juggernaut, get too close to a warhammer wielder and you’ll pay the price. You’ve defied the odds and want to make a powerful warhammer using Dragonborn eh? Congratulations for not falling for the battle-mage or stealth-archer class we so commonly see. You’ll need to know which warhammers to keep an eye out for, take a look at this article to find out the best warhammers in Skyrim! 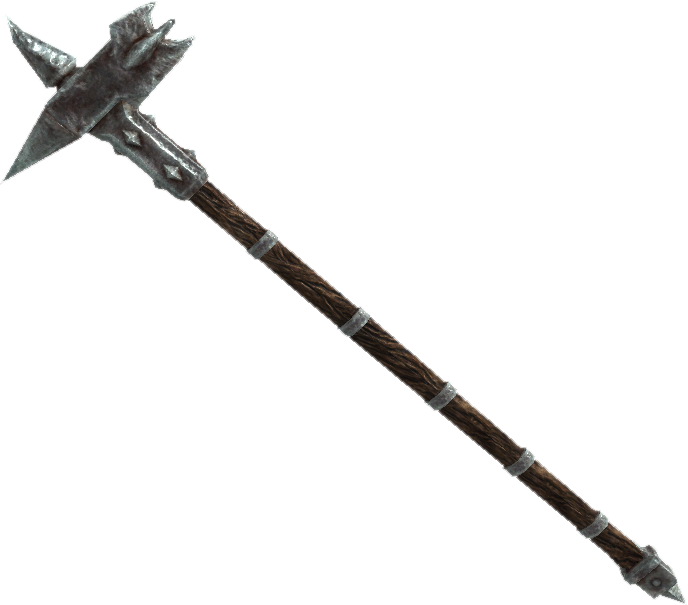 Holding the lowest base damage of any warhammer on the list, or even amongst the lowest of all warhammers in the game, doesn’t stop Aegisbane from being a great warhammer overall. It’s useful in ways other than base damage, dealing 5 additional frost damage to health and stamina. Even though it’s a unique weapon, the model is from the Iron Warhammer and it can be upgraded with iron ingots, which is great for new Dragonborn saves or those with low smithing skills.

(Spoiler) How to obtain: You need to kill Alain Dufont in Raldbthar, which can be done via a quest giving by Astrid of the Dark Brotherhood. 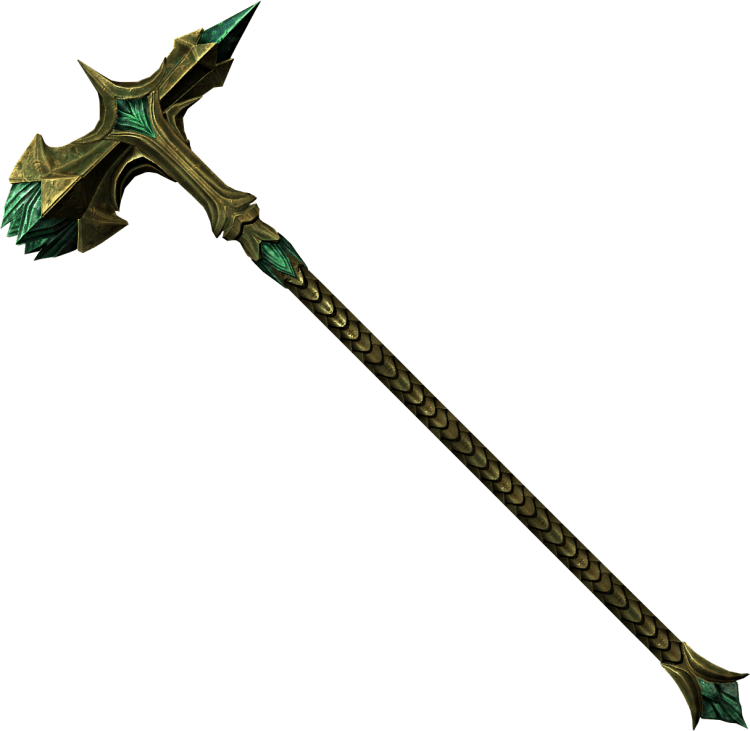 Glass items look incredible, not just this warhammer. Although this particular weapon looks amazing, there’s nothing special about it as its not unique. It’s still a good choice though, definitely use a Glass Warhammer while you’re leveling up. It does require a rather high Smithing level to upgrade though, so move on as quickly as you can if you aren’t interested in Smithing.

(Spoiler) How to obtain: Glass Warhammers will be available to loot, find or buy from dungeons, NPCs and raiders after reaching level 28. 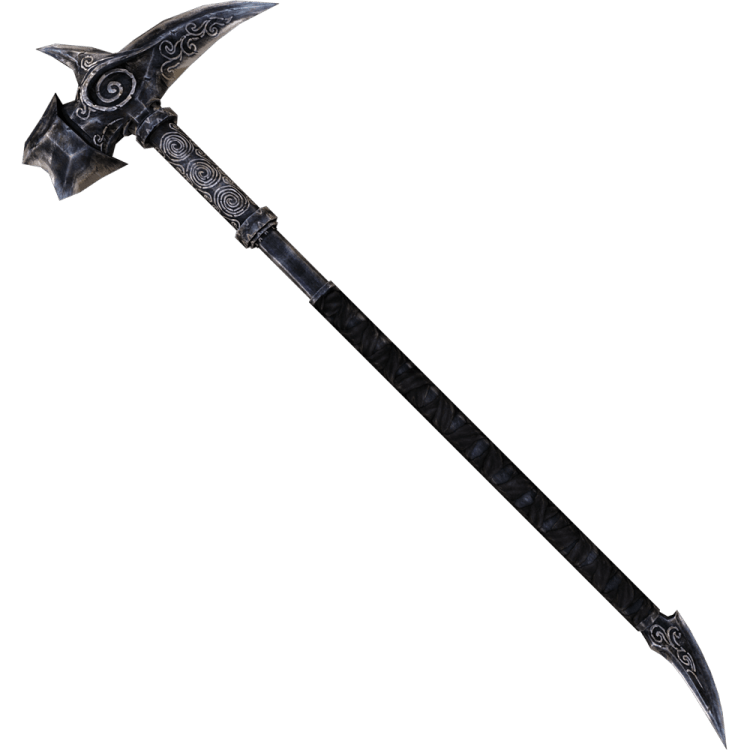 Boasting a massive increase of 1 damage over the previous list entry, the Ebony Warhammer is another great choice for relatively new Dragonborns. With high damage for how relatively easy it is to get, it can be considered one of the best warhammers in the game for overall usefulness, as it’ll make your early adventures so much easier.

(Spoiler) How to obtain: Weirdly, Ebony items are available after reaching level 20, so you can obtain it way before you get a Glass Warhammer. 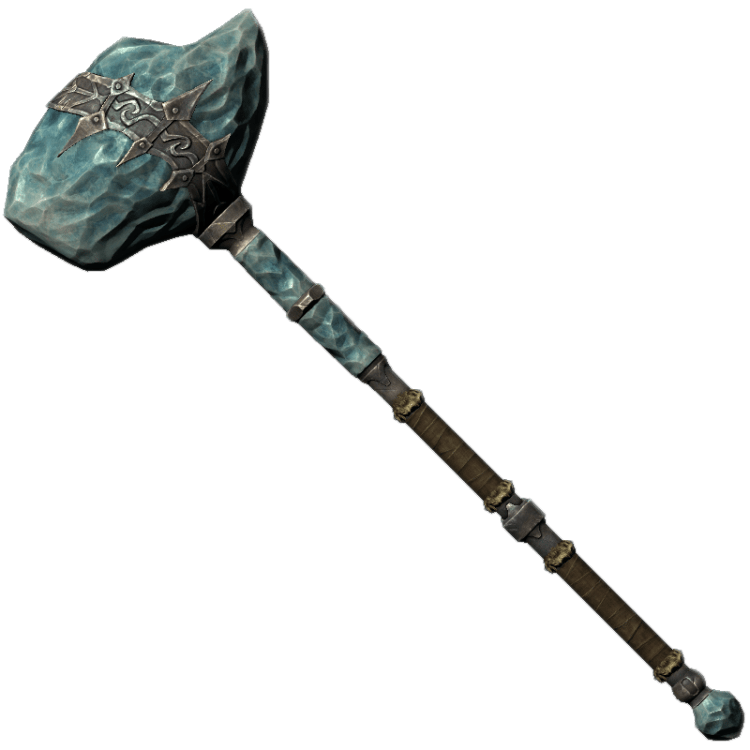 The size of this weapon! I don’t think there’s a more intimidating warhammer in the game!

With such a massive weapon comes big damage, more than any other previously on the list anyway. Additionally, Frost enchantments are more potent with Stalhrim items so enchanting this warhammer with a Frost enchantment will make it absolutely overpowered!

(Spoiler) How to obtain: You do unfortunately need the Dragonborn DLC to obtain Stalhrim items. I included it in the list anyway as most people do have all of the add-ons.

22 damage? Why is it above the others? Well, I’m glad you asked. The Dawnguard Runehammer is an amazing weapon, a unique item that possesses a distinctive enchantment. Upon swinging this warhammer, a rune is placed on a nearby surface that explodes for 50 fire damage. What’s even more crazy is the fact that this rune affects your Destruction level, so you can power-level yourself by simply committing mass genocide!

(Spoiler) How to obtain: Yet another DLC only item, this time available via the Dawnguard DLC. To get it, you need to complete the Lost Relic quest! 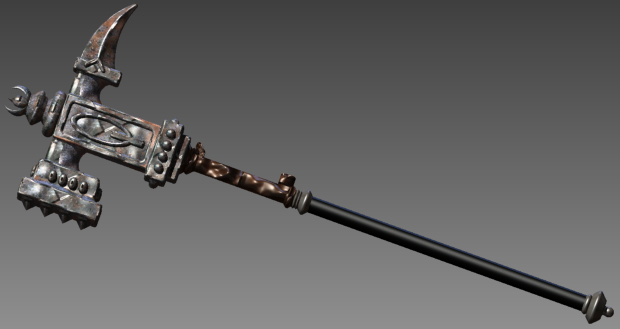 Just like the previous entry, the Champion’s Cudgel doesn’t have the greatest base damage but its strengths lie in its enchantment. It provides the wielder with a 50% chance of dealing 25 damage per swing. Oh, but this isn’t just a flat 25 damage, it’s 25 of each element (Fire, Frost and Shock). As you can see, such an enchantment is very powerful. With a unique model that looks awesome, I completely understand if this is your favourite new toy!

(Spoiler) How to obtain: Sorry if you don’t have any DLC content but this item is available with the Dragonborn add-on. You get it by defeating General Falx Carius and looting his corpse. 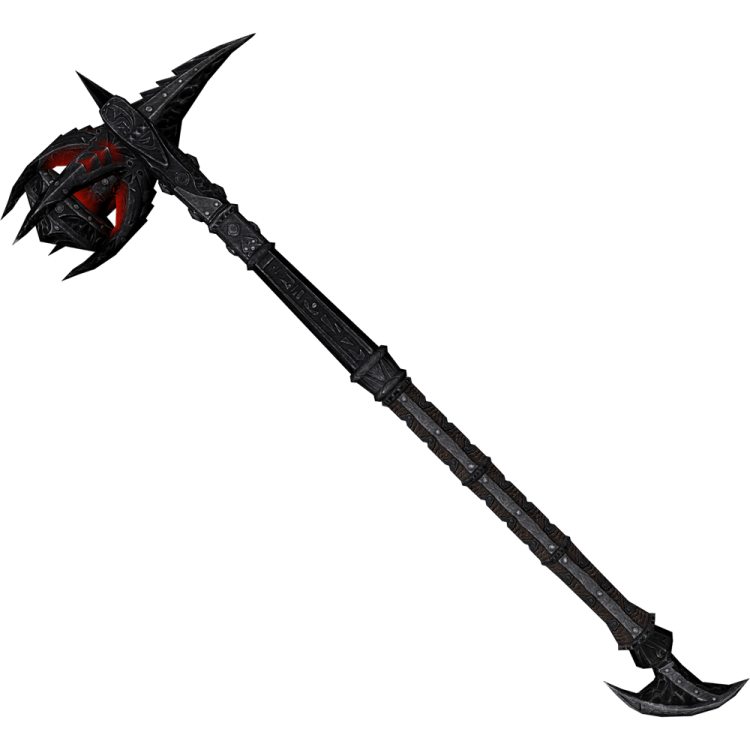 Ah, now we get to the epic stuff. Daedric items are arguably the most extraordinary items in the entirety of the Elder Scrolls series. They provide the player with a completely bad-ass appearance, while also providing great combat stats.

(Spoiler) How to obtain: The player must reach at least level 44 for it to start appearing in shops or as loot. Even then, this is extremely rare, you’re better off smithing one. The Daedric Warhammer has the highest base damage of any warhammer in the base game (no DLC)! 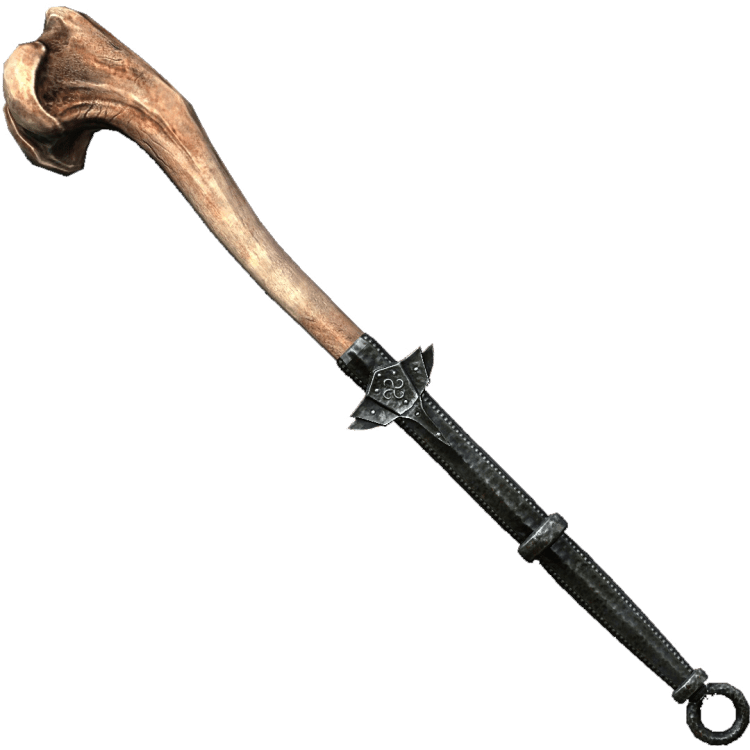 Perhaps the ugliest warhammer to ever exist, the Dragonbone variant has the highest base damage of any weapon in the entire game, including DLC. But lets be honest, who would be seen in Whiterun, or anyhere for that matter, wielding this monstrosity?

(Spoiler) How to obtain: This weapon is surprisingly difficult to obtain, you must be a high level and loot it from one of the keepers of the Soul Cairn. All of this is only available with the Dawnguard DLC. 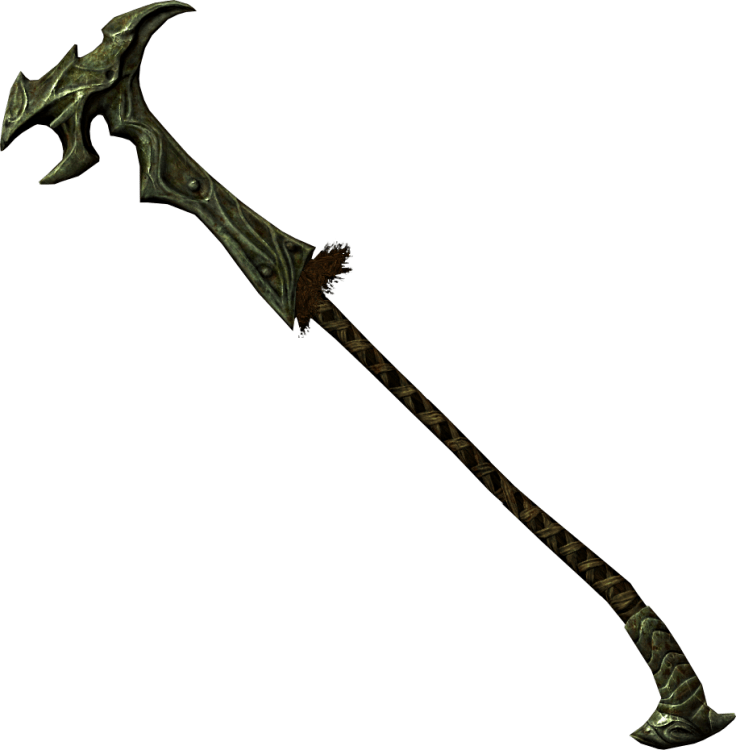 Longhammer is an awesome warhammer, it has the fastest attack speed out of any in the game, which couples well with a decent enchantment. This potentially makes it by far the best warhammer in the game, it lacks the burst of others but the consistent damage is unrivaled. It is unique although it has the model of an Orcish Warhammer.

(Spoiler) How to obtain: Simple enough, clear out Liar’s Retreat, a cave located south-west of Solitude. It’ll be found at the end, next to the body of Rahd. 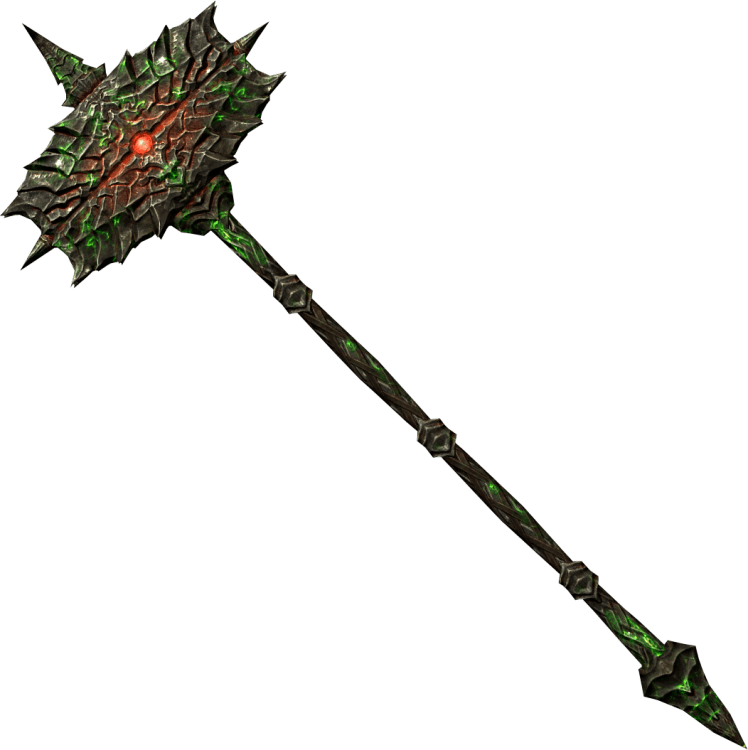 Good base damage, good attack speed and a powerful enchantment. Volendrung is also a Daedric Artifact and as such, it has an incredible appearance. It also has a powerful enchantment which steals 50 Stamina per hit, this is not a drain, you get the stamina yourself. Laugh as you power attack your way through hordes of enemies! Rejoice in self-awesomeness as you strike fear into the hearts of all those around you!

(Spoiler) How to obtain: Complete the quest The Cursed Tribe, available via Malacath’s Shrine.

some of them were decent choices except the last ones