The Game of Thrones is an ongoing battle for most of Westeros, noble houses often wage war against each-other to claim power, lands or justice. Over the many centuries in Westerosi history, many houses have come and gone. Some, like the Gardeners, were once powerful houses that are unfortunately now extinct. It takes more than historical respect to stay in the great game, a house needs to be firm and ruthless.

There are hundreds of houses with great history, plenty of which had kingdoms of their own. I’ll be looking at houses that are still surviving to this day, ranking the 10 best!

Rankings are dependant on their history, current strength and odds of surviving until the end of the show. 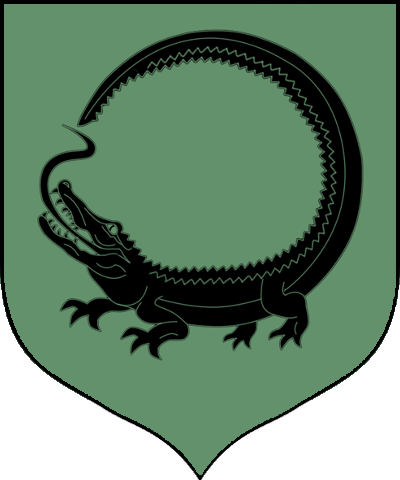 The Reed family is privy to all kinds of knowledge surrounding controversial events. Howland Reed is the only person alive to witness the events of the Tower of Joy. Meera Reed is another member to be traumatised by the Starks, losing her brother while helping Brandon Stark.

Residing in Greywater Watch, House Reed is quite out of the way, rarely being troubled by the denizens of Westeros. Honorable to a fault, the only reason they didn’t join the North against the army of the dead, appears to be so they could all die together as a family. However, the Army of the Dead have been defeated, it’s possible House Reed can make an appearance again. 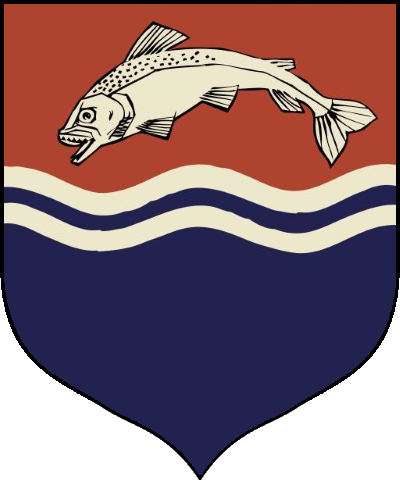 House Tully has never had a member be named King of something but they still deserve a place on the list. Their heritage dates way back to the Age of Heroes, making them one of the oldest houses in Westeros. Their castle was Riverrun, an almost invulnerable fortress that can repel any land invasion. Due to their location in the Riverlands, House Tully are a valuable ally to any who wish to gain notoriety in the area.

While they’ve currently been stripped of all lands and titles, House Stark rules the North and House Frey are now extinct. Riverrun is under Lannister control, it’s not know which House owns it. But it’s very possible that the Tullys could end up back in their ancestral home.

As of the latest season, the last remaining Tully of importance is the dim-witted Edmure, gods help them.. 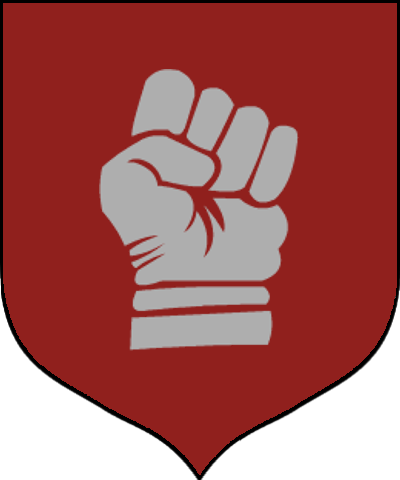 Having decided to stay neutral during the hostilities between House Stark and House Bolton, this house is still in-tact. Currently occupying Deepwood Motte, they elected to not send aid to Winterfell for the fight against the dead. Although these wars have been and gone, House Glover remain strong, it’s up to the North to decide what to do with them.

We might see them stripped off their lands for breaking oaths, or maybe they’ll be forgiven. I hope it’s addressed at some point, even a single line of relevant dialogue would be enough. 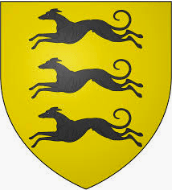 Easily the most confusing, broken yet powerful houses in Game of Thrones. House Clegane came into existence when a kennelmaster saved Tywin Lannister’s father, Tytos, from a lioness.

A vassal of House Lannister, they don’t have much land to their name, but they have 2 of the greatest fighters ever seen. Ser Gregor Clegane is currently an undead creature, we’re not really sure what is to be honest. But he was nearly unkillable, now he could probably take on the 5 best swordsmen in Westeros on his own.

Sandor Clegane however, has had a redemption arc, to say the least. No longer does he fight for gold or even loyalty, instead he does what he thinks is right. 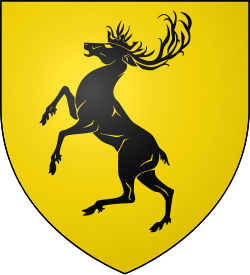 While they were extinct for the past season or so, House Baratheon had to make this list, mostly due the impact the Baratheons had on the continent. The founder of this great house was Orys Baratheon, a bastard half-brother to Aegon the Conqueror. Yep, this means the Baratheon’s we see in the show are of Targaeryen descent. Orys took the great castle of Storm’s End from the Storm King and pretty much took over everything else, including their motto and sigil.

The Baratheons would serve as a loyal and powerful house to the Crown, until Robert’s Rebellion of course. Robert Baratheon crushed the Targaryen dynasty and took the Iron Throne for himself. We all know what happened after that..

Gendry Rivers is now known as Gendry Baratheon, Lord of Storm’s End. He has to re-take the castle first of course! 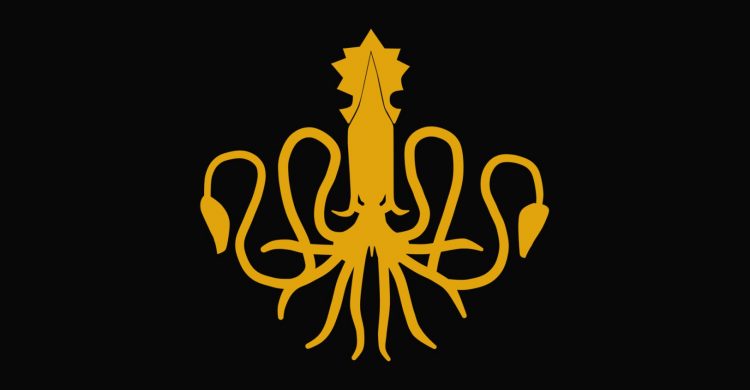 Hailing from the lands of the Iron Islands, House Greyjoy epitomise the meaning of Ironborn. The Greyjoys can trace their ancestry back to the Grey King, a legendary Ironborn King surrounded by tales and legend. While the Greyjoys are in a fair amount of disarray as of the current series, their might stretches back thousands of years as they’ve ruled the Iron Islands from Pyke. 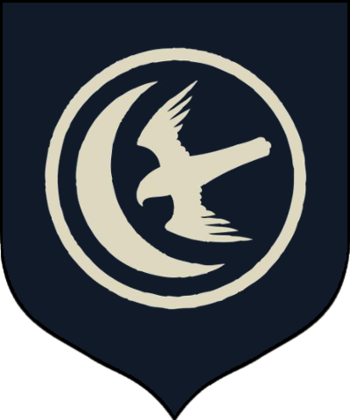 Despite House Arryn being one of the “newer” houses of Westeros, they still have a rich history and powerful reputation across Westeros. Originally of a pure Andal line, they’ve inter-married with the blood-lines of the First Men but are still considered to be the closest related House to the Andals. The land in which they reside is a natural fortification, it’s genuinely impossible for an army to take the Vale of Arryn.

It took many generations to erect the great structure of the Eyrie, deemed impregnable by any who know its name. In recent years, House Arryn has taken a massive downturn as only the pitiful Robyn Arryn remains to continue the family name. Knights of the Vale are still among the best soldiers in the entirety of Westeros though, I’m sure House Arryn will still be going strong in 100 years. 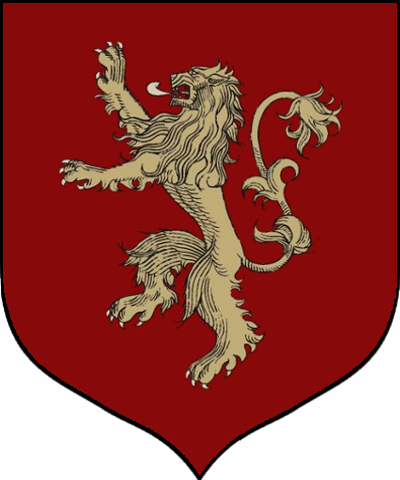 The Lannisters are one of the most recognisable “factions” in TV history, they owe a debt of gratitude to Lann the Clever, who helped form this House. Before the Andals invaded, the head of House Lannister served as King of the Rock and was one of the richest nobles in Westeros.

For many centuries, House Lannister would pull the strings of Westeros by controlling the gold supply. Their lands are rich with wealth, allowing them to build up great riches, land and respect. Then Aegon the Conqueror would appear, forcing the Lannisters to submit to Targaryen rule, there they became Lord Paramounts of the Westerlands.

Their greatest height since that day came after Robert’s Rebellion, as King Robert Baratheon owed vast amounts of gold to Tywin Lannister. This led to Tywin being the true power of Westeros for many years.

Now though, House Lannister is still a powerhouse as they rule from the Iron Throne and Queen Cersei is pregnant, providing an heir to continue the family name. 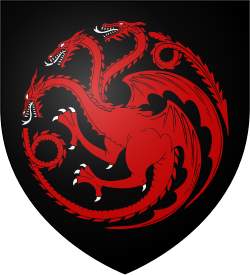 Originating from the great Kingdom of Valyria, House Targaryen is by far the best House to ever grace Westeros. The Targaryen dynasty is unparalleled in terms of magnitude, no other House will ever rule as largely for as long. Their first castle was Dragonstone, erected after Aenar Targaryen was told by his daughter to flee Essos. There they resided with their dragons until the Doom of Valyria, the city of Volantis attempted to take control of Essos but they were swiftly ended by the young Aegon Targaryen.

Shortly after Volantis was kept in checked, Aegon turned his sights to Westeros. He and his two sister-wives conquered Westeros with the use of dragons, kicking off the start of the Targaryen Dynasty. Countless wars, tales & stories would be born during the rule of Targaryens. In general though, the dynasty was actually quite peaceful and prosperous compared to the centuries beforehand.

Then the Mad King had to go and spoil everything, bringing about Robert’s Rebellion and ending the great Targaryen dynasty. Daenerys and Viserys Targaryen made it out alive, with only one of them surviving to this day.

There was hope for a united Westeros, as Daenerys and Jon Snow fell in love. What an alliance it would have been. If not for us finding out that Jon Snow’s real name is Aegon Targaeryen. Dany’s army is currently depleted, as well as having just the one dragon left. Hope and potential do remain for House Targaryen, though.

If you want to learn more, read about the 10 best facts about House Targaryen here! 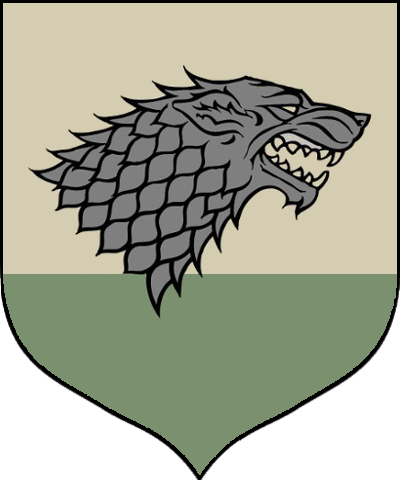 The most northern house on the list is also one of the oldest and greatest. Founded by Bran the Builder during the Age of Heroes, House Stark would go on to be a massive influence in Westeros. They would rule as Kings of Winter from their mighty castle Winterfell, there they managed to maintain control of the North for thousands of years, however difficult it was. No southern invader has ever got even a sniff of rule over the North, save for Aegon the Conqueror.

King Torrhen Stark bent the knee to Aegon, to spare his people the fate of dragonfire. Since that day, the Starks of Winterfell have ruled as Wardens of the North. After King Robert Baratheon’s death, circumstances drastically changed for House Stark as they were subject to tragedy after tragedy. Some members managed to pull through, with three Starks currently residing at Winterfell.

With the news of Jon Snow being a Targaryen, Sansa Stark seems to be the head of House Stark right now. Located far in the North during Winter, there’s no way any other house could even think about invading. House Stark have the North, we’ll have to see how it plays out over the rest of the season!