My first local tournament went very well, I was undefeated until I got to the final round. The last duelist I had to face wielded an actual meta deck, one that would perform well in a national tournament. Needless to say, my half-casual half-competitive D/D deck got destroyed, the match didn’t last long at all.

To avoid this happening to you, a meta competitive deck is required. I hate to be the one to say it but if you use a casual and/or fun deck, you simply won’t win any tournaments that involve a deck on this list.

If you’re just returning to the game and are interested in the competitive scene, this list will tell you 10 decks you can use to perform in tournaments. All of these entries are extremely powerful, fun to use and of course, expensive!

Note: Prices include generic staples such as Infinite Impermanence and Ash Blossom & Joyous Spring. So if you buy 3 of each, you’ll be able to put them into any future decks, so consider them as you’re looking at the prices!

Those staples can be replaced with budget options if you can’t afford them. Like swapping Infinite Impermanence for Effect Veiler can reduce the price by hundreds. Just be aware, budget options aren’t as competitively viable as non-budget cards.

Side decks not included in prices. 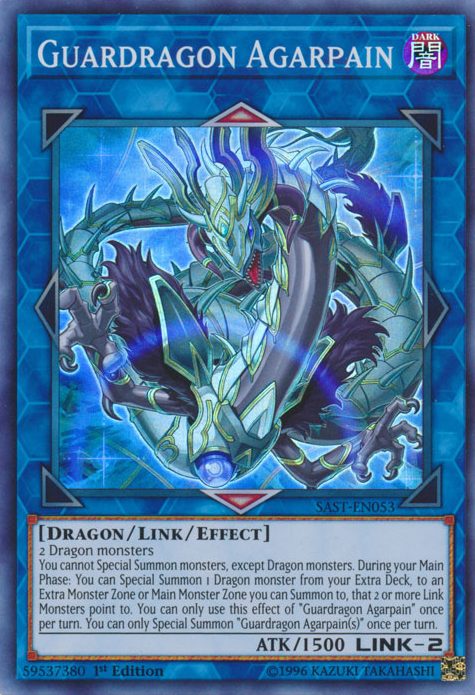 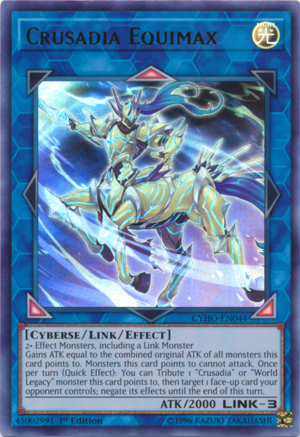 Such a fun deck, Guardragon Crusadia mixes a variety of strategies together to result in a reliable and fair, fun competitive deck. Crusadia’s use their link climbing capabilities to easily summon Equimax (pictured), there you can use World Crown to negate an extra deck monster’s effect, or tribute it using Equimax’s effect. Working perfectly with Guardragons, World Crown can add a World Legacy spell/trap, such as World Legacy Guardragon, to your hand.

That’s just the beginning of the combos. There’s so much you can do, all of the Link monsters look amazing and it’s fair for all involved.

If you’re on a huge budget, a pure Crusadia build is fine on its own. Guardragons are just the cherry on top! 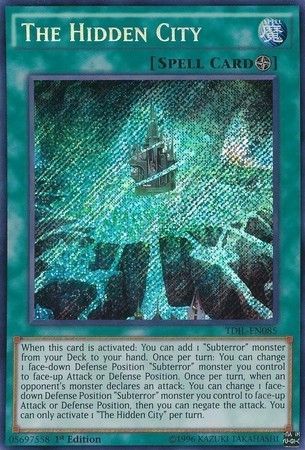 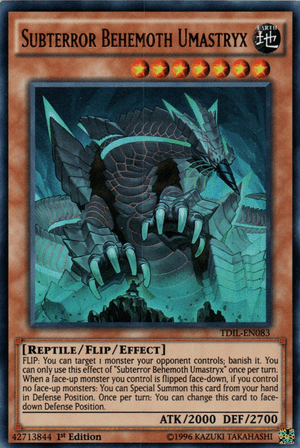 It’s been a while since Subterrors were anywhere near the competitive scene. The release of Savage Strike introduced Subterror Guru, which is now carrying the entire archetype on its back.  Heat Wave also serves as an amazing flood-gate, you’ll just be Flip summoning mostly and your opponent won’t be able to summon anything in return!

Subterror Fiendess is a built-in hand-trap that can stop any card or effect. Subterrors have always been waiting for that one card to be a Flipping force to be reckoned with and now they are! 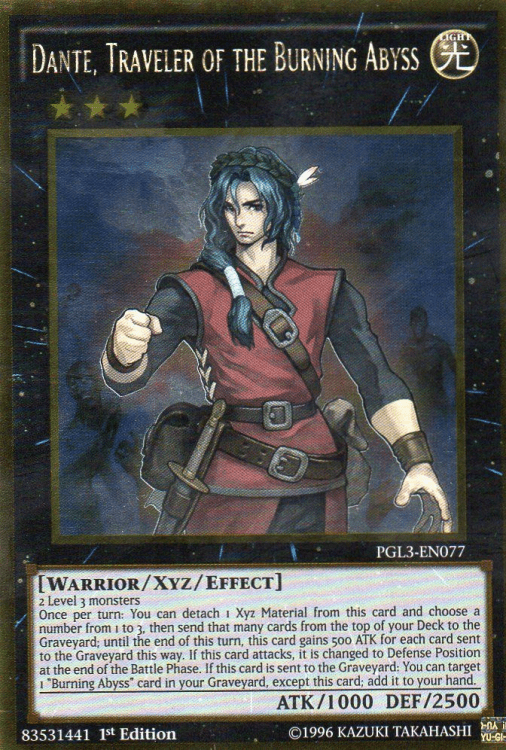 Fans love Burning Abyss for how long its stuck around, no matter how much the meta changes. Milling is a huge focus of this deck, with all Burning Abyss monsters having strong destruction, recycle, disruptive or search effects. Such versatility grants them few bad match-ups.

Sekka’s Light adds exceptional draw power but it prevents you from activating any other spells/traps for the rest of the duel. This is fine though, fitting perfectly with Burning Abyss monsters that can special summon themselves if you control no spells/traps. Orbital Hydralander is another perfect addition, milling more cards and destroying another to boot.

Summoning multiple bosses every turn is quite realistic, Burning Abyss is so fun to play both with and against! 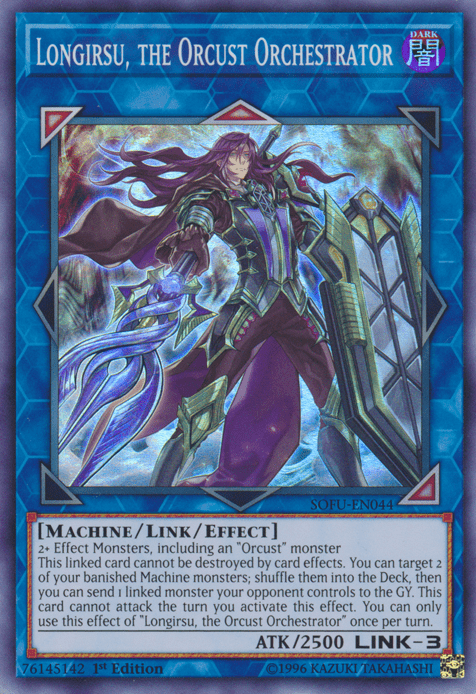 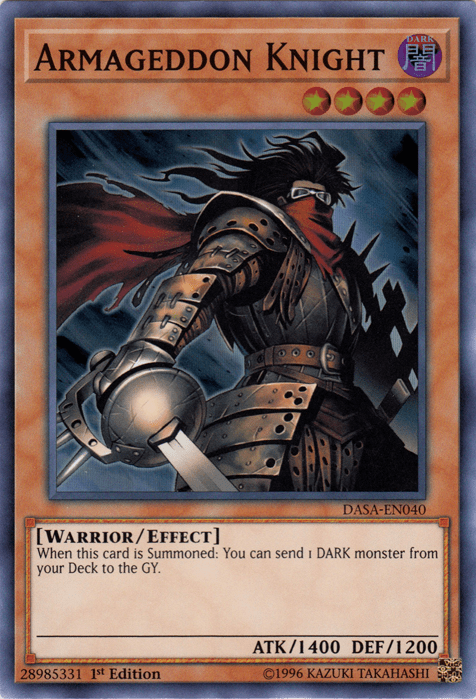 Most of this deck’s price comes in the form of the Danger! archetype, as this entry utilises more of that archetype than any other competitive deck. All about swarming, this combination utilises the Dark Warrior engine, Danger! cards and Orcusts to mass swarm the field. Link summoning is easy, with Link 3 or higher monsters being both simple and consistent to summon.

The fact there’s no hand-traps in the deck says everything, only Called by the Grave is including to help combat your opponent’s hand-traps! 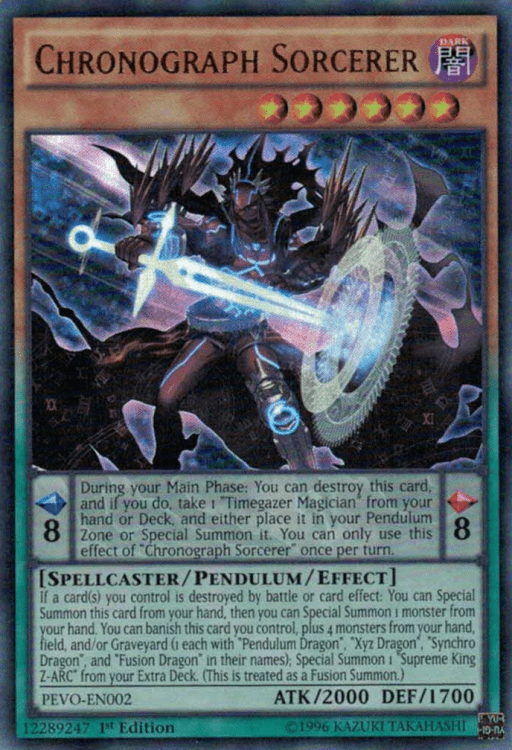 Despite having their main boy Astograph Sorceror being hit by the ban-hammer, Pendulum Magicians are still going strong.They’re arguably one of, if not the hardest deck on this list to use. So much variety can be overwhelming for new players and while they’re fairly cheap (in comparison to other meta decks), I wouldn’t recommend a new player pick them up.

Tons of versatility are highlighted with Pendulum Magicians, there’s so many different strategies you can take with your starting hand. Due to this, they’re an exceptionally fun archetype to play and will be meta relevant for many more years! 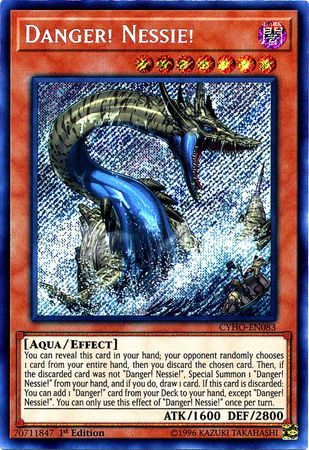 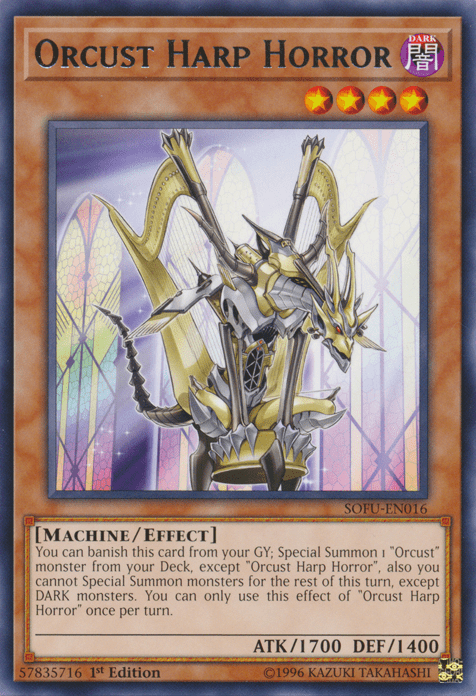 The Danger! archetype is mind-boggling for both swarming and draw power, it seems almost every deck is making use of them. As they’re all a Dark attribute, they work well with Orcusts as they lock you out of summoning non-Dark attribute monsters. Orcustrated Babel is crazy, converting all Orcust monster effects to Quick Effects.

Overall, this particular Orcust variant utilises those 2 archetypes to swarm the field with Link monsters, as well as keep your hand topped up with beat-down cards and hand-traps. 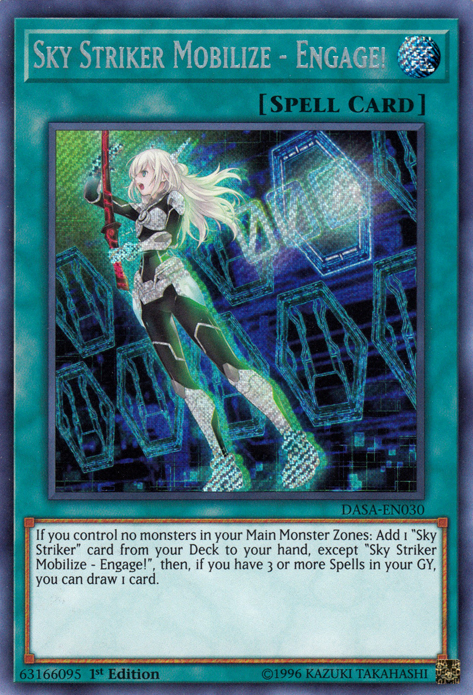 Even after Hornet Drones was limited to 1 copy per deck, Sky Strikers are still going strong as a pure deck. To be fair, while Engage! (pictured) exists, they will never fall out of meta, the plus 1 is just so good. Only 1 main deck core monster is needed, in the form of Sky Striker Ace – Raye, with hand-traps being added in too. Such a low monster count doesn’t affect this deck’s swarming capabilities though, as they can easily summon boss monsters like Borrelsword Dragon without an issue!

You basically try not to use your main monster zones, instead you want to grind your opponent out of the game (using the many powerful Sky Striker spells) and then OTK when the time is right. 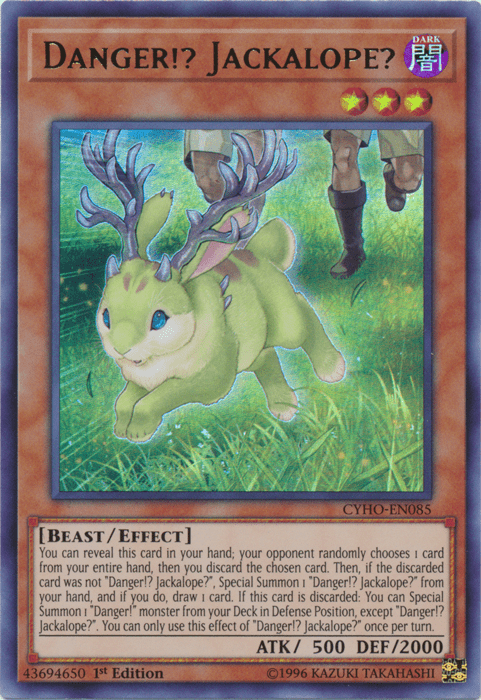 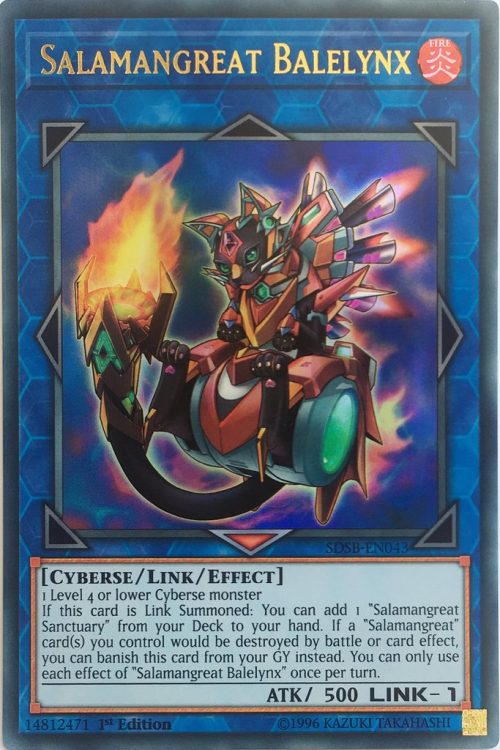 The Danger! archetype fits in with everything it seems, Salamangreats are no different. Danger! monsters being summoned help to support Link plays, as well as the ability to summon Brionac. Quite a different play-style to your usual Danger! or Salamangreat build, with more beat-down inclusions.

Such a mixture of swarming and beat-down is great, although a high degree of skill is required to destroy/negate the right cards. Your OTKs will rely on your abilities as a duelist! 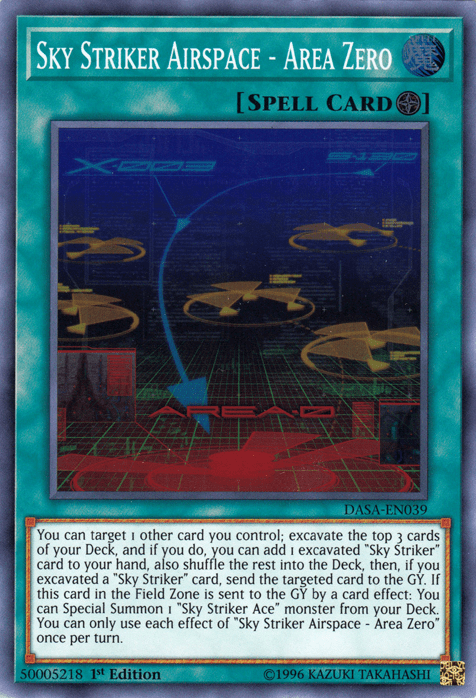 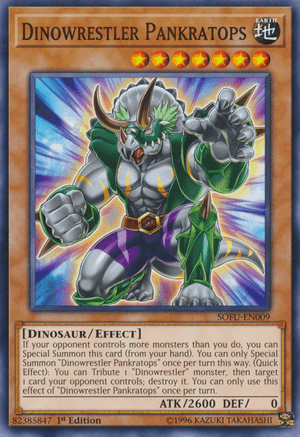 Very similar to pure Sky Strikers, this version relies on a more conventional “beat-down” play-style. Adding more hand-traps will prevent your opponent from being able to play Yugioh, especially when you combine them with the likes of Evenly Matched. Dinowrestler Pankratops can be summoned easily, then either tribute itself or remain on the field for some nice direct damage, although that’s rare.

Siding in Super Polymerisation is an excellent tactic in between rounds, granting you the possibility of summoning one of the 2 Fusion boss monsters included in the deck-list! 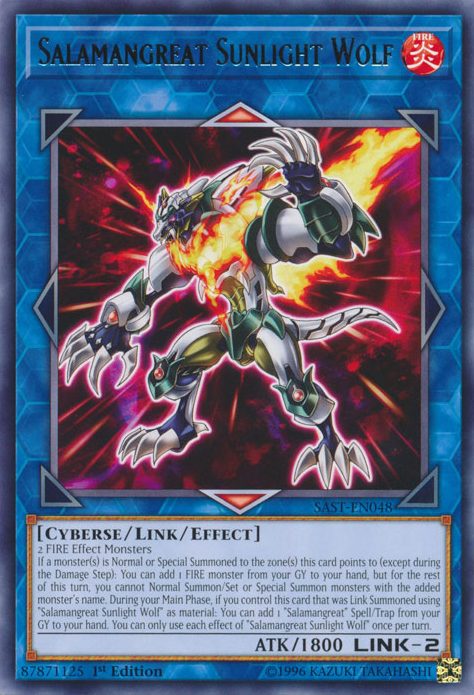 When the Salamangreat archetype was first released back in the Soul Fusion set, they had no impact on the game whatsoever. The release of the Soulburner structure deck changed everything, introducing a variety of new cards. Combined with the already released Cyberse support, Salamangreats are now the best competitive archetype in the game.

Featuring arguably the most unique Link summoning mechanic in the game, Salamangreats gain additional effects if they are summoned using a monster of the same name as the material (see the pictured card for an example). Other support such as Salamangreat Roar are crazy good, being able to negate almost anything with a spell speed of 3 as it’s a counter trap card.

Due to most of the core coming from the structure deck, Salamangreats are extremely cheap in comparison to other competitive decks. To start topping locals, you will need expensive hand-traps of course, all listed in the deck-list below.

WTF... i leave Yugioh back in 2011, this looks like a whole different game