Whether you play on your own, co-op or even against players competitively, the right weapons are important to know.

Most players use a conventional sword to do most of their dirty work, little do they know there’s plenty of other ways to destroy your enemies.

Different play-styles are widely encouraged in Minecraft, you can easily conquer places like the Nether without crafting a single sword or bow.

Keeping your armoury topped up with a variety of weapons can make a huge difference. You likely don’t know just how many powerful weapons there are, so consult this list to find out! 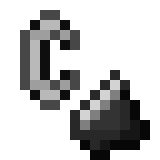 How to get: Craft with an Iron Ingot and Flint

Flint & Steel isn’t just a tool, igniting the ground underneath mobs or players is an easy way of igniting them. Not only does fire deal high damage over a period of time, it reduces visibility against players, giving you a bigger advantage. Mobs don’t walk around it, so igniting one block can get a whole group of them burning! 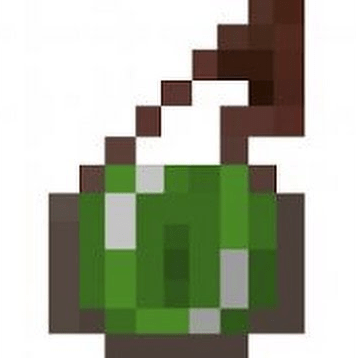 How to get: Brew a Potion of Poison with Gunpowder

Upon launching a Splash Potion of Poison, it’ll explode in a small radius, applying the Poison effect to any nearby mobs or players. You can also apply a lingering effect by brewing it further with Dragon’s Breath, making the poison gas stick to the ground and apply poison to anymore enemies who go through it.

Poison reduces health over time, all the way down to half a heart. A few downsides are the amount of mobs being immune to poison, such as Undead ones (like Skeletons and Zombies) & Spiders. Also, poison never kills the enemy, so a final hit is required to finish them off. 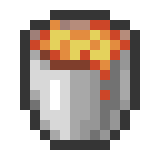 How to get: Craft a bucket, then use it on a lava source block.

Lava buckets are capable of drowning an entire area in a swathe of melting hot magma.

Any mob or player who enters the lava will catch fire for a short while.

The zoning potential can be invaluable at times, as you can force an entire area to be inaccessible.

Great for covering a retreat, or taking out groups of annoying mobs.

How to get: Brew a Potion of Harming with Gunpowder

A Potion of Harming can deal up to 6 full hearts of damage if it’s high levelled enough, all in an area of effect. As you can imagine, such raw damage out-put can be devastating. Particularly powerful with the Lingering effect applied, producing a cloud of high damaging smoke is pretty badass! 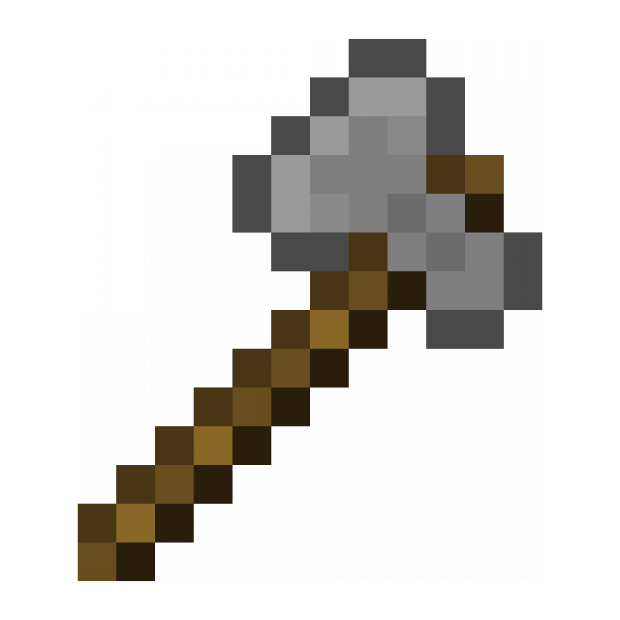 How to get: Craft with Sticks & Cobblestone

Stone Axes have the same damage out-put as Iron/Diamond Axes, only they’re much cheaper to produce. Granted, Stone gear has less durability but the damage is pretty nice. While Axes have a low attack speed, each hit does deal more damage than your regular Stone or even Iron sword. 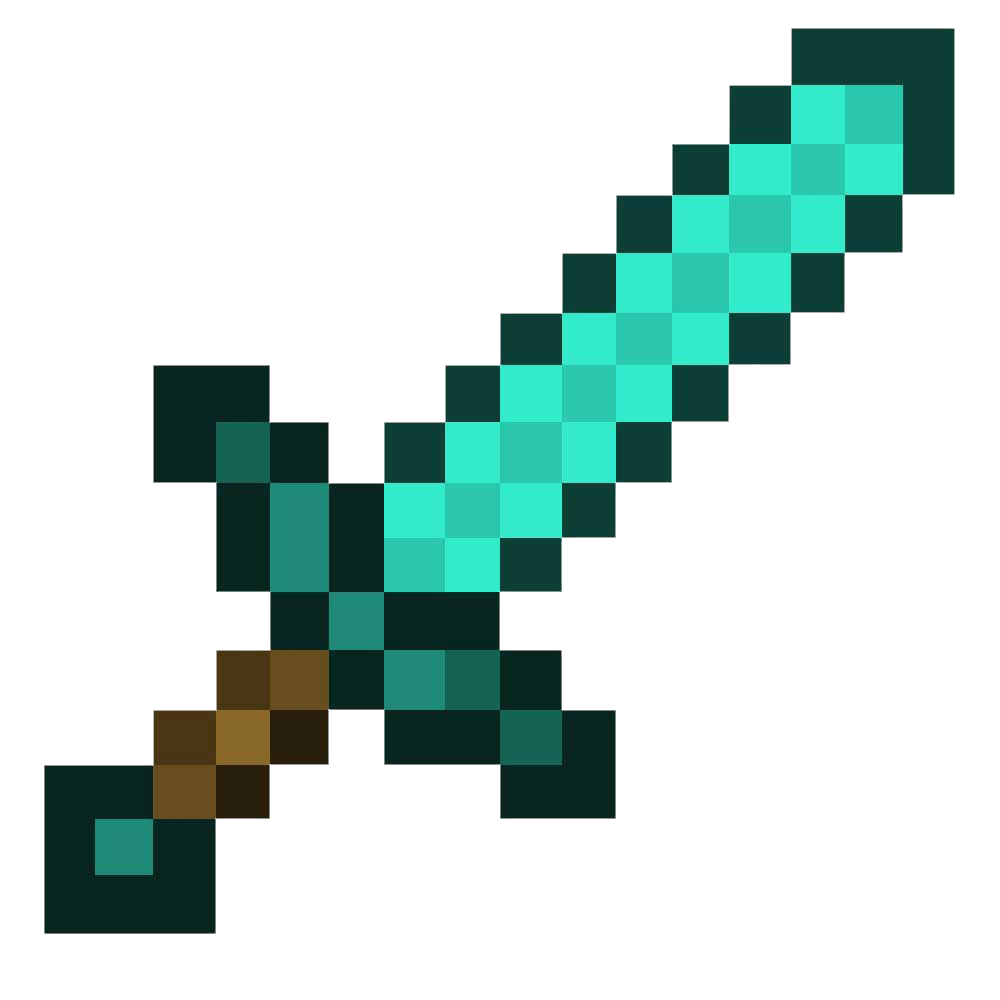 How to get: Craft with a Stick & Diamonds. May be sold by Villager Weaponsmiths. Find in End City chests.

Diamonds Swords are one of the strongest melee-only weapons in the game, as well as one of the most expensive.

Diamonds are hard to come by with many different uses, so you may want to use Stone or Iron Swords regularly.

If you have the Diamonds spare though, crafting swords is a good way of ensuring your survival chances. 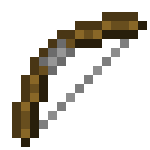 How to get: Craft with Sticks & String. Dropped by Skeletons. Flecters may sell them and they can also be found while fishing.

A fully charged bow shot will deal 4 and a half hearts of damage, even more so with enchantments and enchanted arrows. Fairly more skill based than previous entries, sniping is very possible. Mobs won’t be an issue as they won’t even get close, players may present a harder target to hit though.

Stocking up on arrows is pretty much a requirement though, you can find yourself going through multiple stacks quickly! 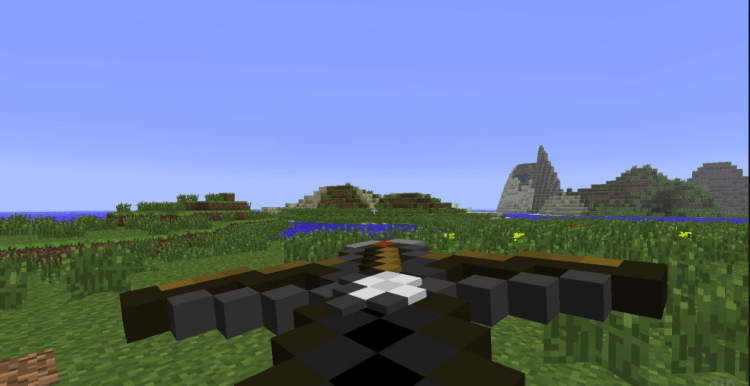 Crossbows were only recently been added to the game with the 1.14 update. Hefty crafting requirements are off-set by up to 5 and a half hearts of damage in one shot. Also more accurate, with higher range than an ordinary bow.

Firing slower and reducing movement speed greatly while aiming, provides some game balance. You can enchant it with Multishot too, firing 3 arrows at once!

Keeping a loaded crossbow in your inventory for a quick damage boost is recommended for any engagement. 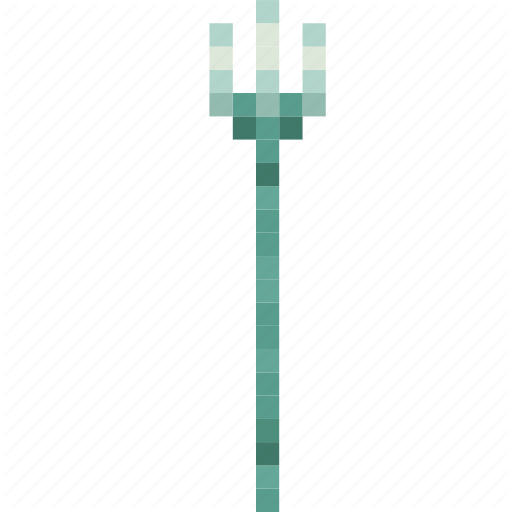 How to get: Drowned mobs have a 15% chance of spawning with a Trident.

By far the rarest weapon, you can hours of playtime without ever obtaining a Trident. Melee attacking will deal 9 damage (4 & a half hearts of health), with an attack speed higher than an axe, but lower than a sword.

However, the Trident can be thrown as a ranged weapon, dealing the same damage as a melee attack. Enchantments like Loyalty bring the Trident back to you soon after, which is of course, extremely useful.

No other weapon provides such utility and it’s highly recommended you get a good Trident as soon as you can. 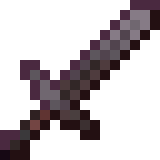 How to get: Upgrade a Diamond Sword with Netherite at a Smithing Table. Netherite is obtainable by finding Ancient Debris in the Nether.

Added in the Nether update, Netherite Swords are upgraded Diamond variants, boasting more damage.  Dealing up to 8 damage is pretty insane, and that’s without enchantments.

Obtaining one is no easy feat, with Netherite being a particularly rare resource in the Nether.

Overall, the Netherite Sword hits for the most damage of any weapon in the entire game!

I play with maxed netherite axe and 9 charged crossbows and a shield. I can change the tide of a battle with good lava placement. I think the lava bucket should be at least be in the top 10.

Thanks for the suggestion, I've added the lava bucket :)

I always fight with axes and I think crossbows should be at 1# because you can enchant them to make them op e.g Peirceing , multi shot , infinity , pover 5, and an enchantment that makes it faster at reloading. I also think there should be a thing called amathist tools and armour and copper cus then it would be the strongest material in minecraft. I also would recommend fighting with axes because they are better than swords. Thanks for your time

By a sweat at Minecraft :)

wtf why are tridents #2? their enchants only work in rain/water unless it has loyalty only on it. impaling can only do extra damage to water mobs (guardians, elder guardians, fish, etc.) and crossbows can have multishot fireworks for splash damage.

The most powerful weapon in game is actually crossbow max enchanted and harming 2 arrows for Minecraft Java, Idk about pe, I never tested it