The war axe is a fast swinging, hard hitting combat weapon. Capable of hacking chunks off your enemies, it’s a good choice for dual weapon wielders and heavy armored players too. War axes have the added benefit of being aesthetically badass, allowing you to kit out your Dragonborn to look as intimidating and awesome as possible. Unless you’re going for a role-play playthrough, you shouldn’t choose a war axe just for it’s appearance. Some are simply better than others in a number of ways, while others are useful at lower level until you obtain the better versions. To help you decide which war axe to use, take a look at the top 10 best war axes in Skyrim! 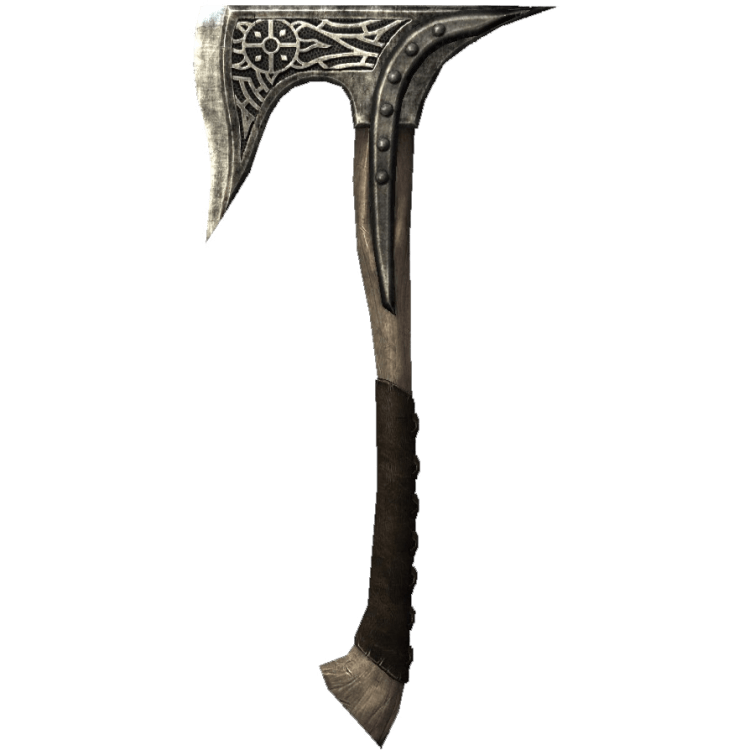 Starting off the list is a pretty cool war axe used by the Dawnguard. Sporting a traditional look, this war axe looks appropriate on the battlefield. It has the added benefit of dealing 10 extra damage to vampires but this effect doesn’t take up the enchantment spot, so you can enchant it with another effect. As you can see, it’s a great little weapon that will serve you well early on.

(Spoiler) How to obtain: Only available in the Dawnguard DLC, found on dead Dawnguard members or around the Fort Dawnguard. 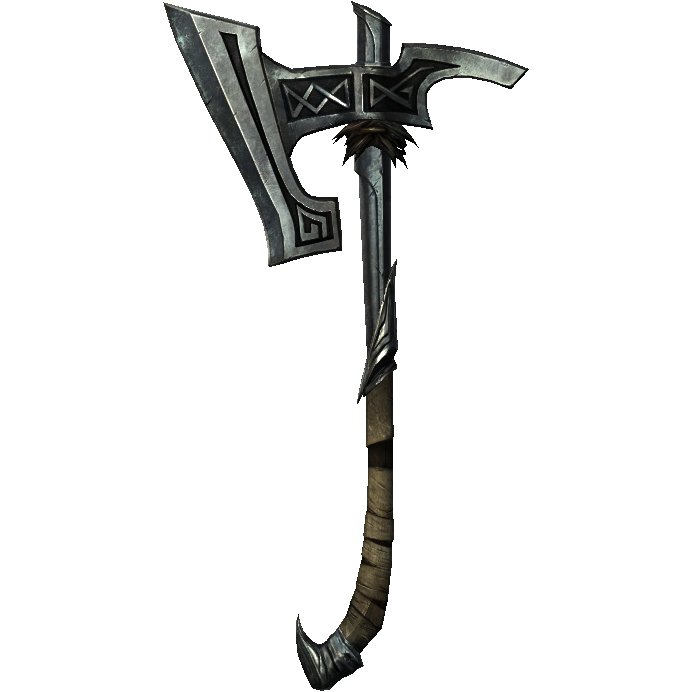 Having a slightly higher base damage is important when you’re upgrading your war axe but appearance is important too. Of course you should never change weapon just because one looks cooler (unless you’re a role playing type of guy (or girl)) but it is nice to look a bit more epic.

(Spoiler) How to obtain: I’m so sorry if you have no DLC but this is only available through the Dragonborn DLC after reaching level 25.

Another awesome war axe for your early adventures, the skyforge steel variant has the same appearance as a normal steel war axe and the same base damage as the previous entry. It is much lighter than the nordic war Axe though and as I’m sure you’re aware, war axe weight affects weapon speed.

(Spoiler) How to obtain: Purchasable by Eorlund Gray-Mane in Whiterun.

It is fairly heavy for a war axe but the damage makes up for it, especially when you consider how early you can acquire this weapon. Personally I really like the glass weapons/armor except this one, it looks stupid in my humble opinion. Regardless of my opinion, the stats tell most of the story and this war axe has a great story.

(Spoiler) How to obtain: You’ll find this weapon randomly, or in shops, after reaching level 27. 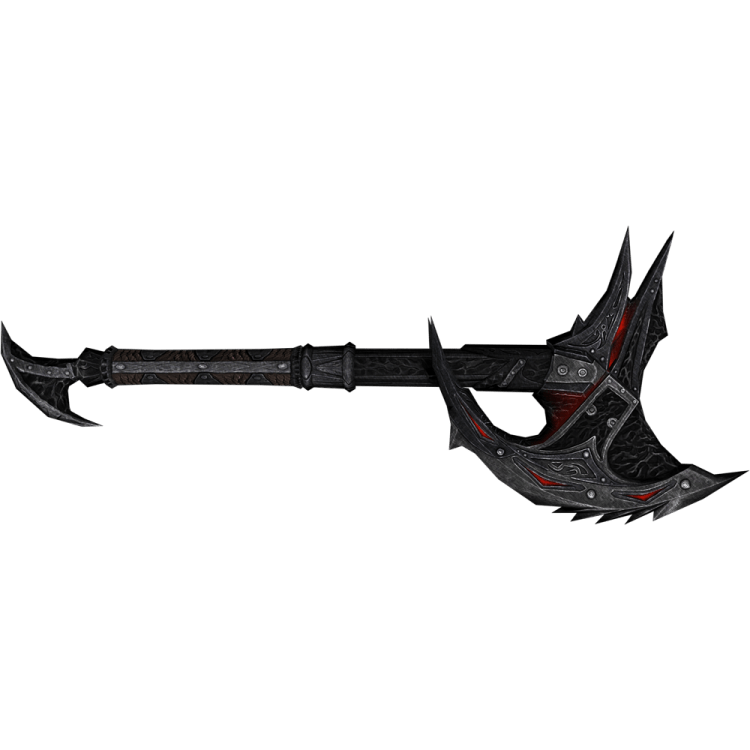 What a surpise to see the daedric war axe at number 6 on the list, you’d think all daedric items would be in or around the top 3. While it has a high base damage, the weight lets it down as the attack speed is much lower than the next few. I was tempted to put it higher just for it’s aesthetics, it truly is a remarkable weapon. Stats always come first though!

(Spoiler) How to obtain: Reach level 46, you’ll start to find daedric war axes randomly as loot or buy it from a merchant. 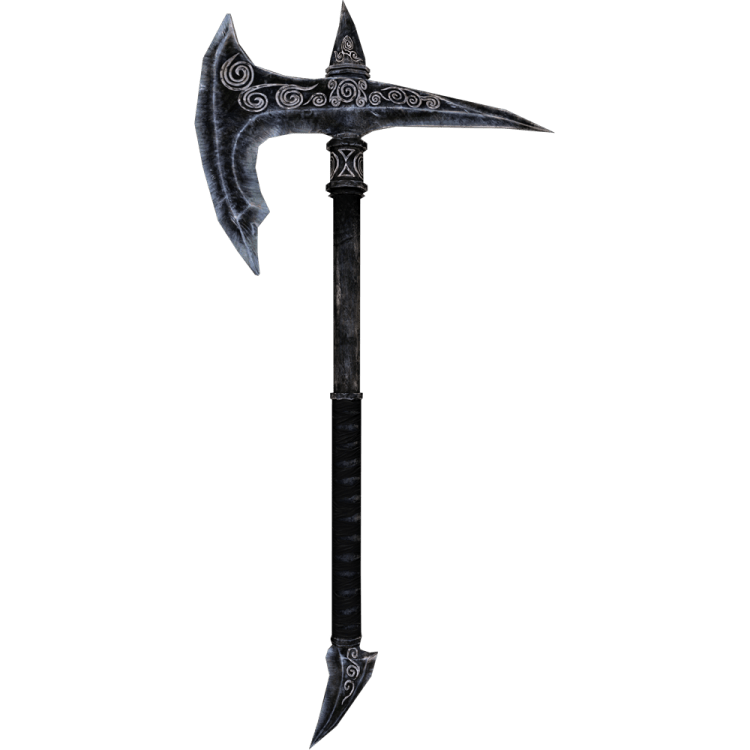 Possessing a lower weight than the daedric war axe has its benefits, the ebony war axe is much better in terms of dps. Appearance-wise it’s a bit generic, but that won’t matter when you’re demolishing hordes of skeletons or committing mass genocide on harmless chickens. It’s easier to acquire too, so overall it’s a much better choice than the previous entry.

(Spoiler) How to obtain: Found as random loot after level 37, or you can purchase it from sellers once you reach the same level. 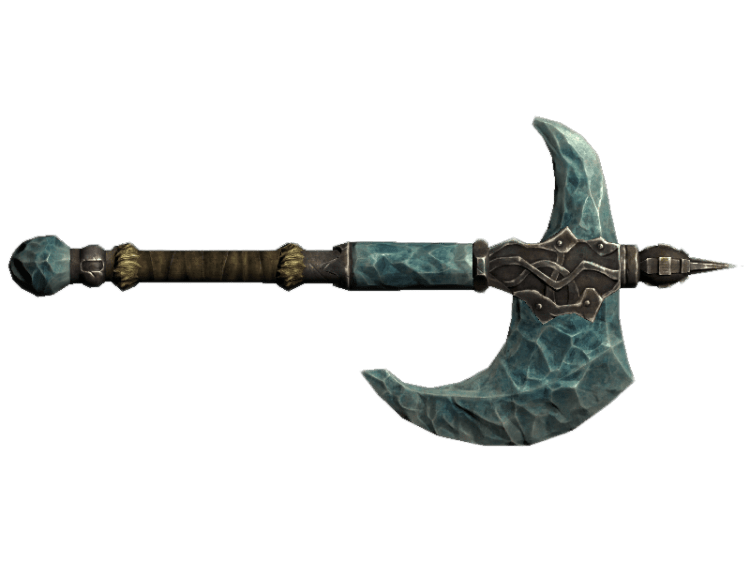 The trend continues, this war axes has the same base damage as the previous entries. So why is it higher than them? You guessed it, the stalhrim war axe has a lower weight. It also has the rather nice attribute of providing a small boost to any frost enchantments that are placed on it.

(Spoiler) How to obtain: Requires the Dragonborn DLC to find it. It can be created at a forge or purchased by Glover Mallory/Baldor Iron-Shaper. 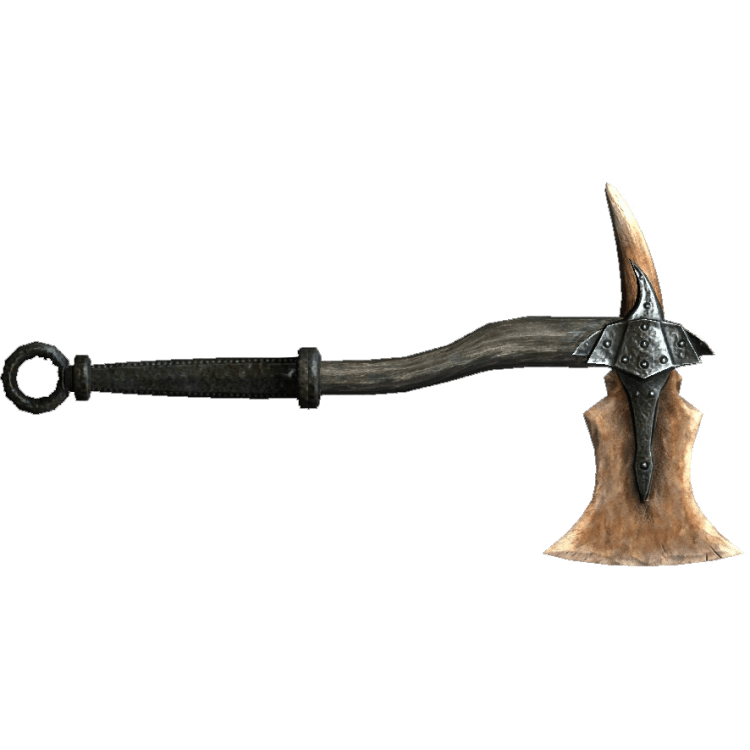 This war axe is special as it has the highest base damage out of all other war axes in the entire game. Unfortunately it is also the heaviest. Overall it has the highest dps, it swings slower but each hit is like a truck. It’s also pretty epic in terms of appearance, which is important for end-game weapon content!

(Spoiler) How to obtain: The Dawnguard DLC is necessary to acquire the dragonbone war axe, you can get one by defeating a Keeper who is wielding one. They are found in the Soul Cairn. 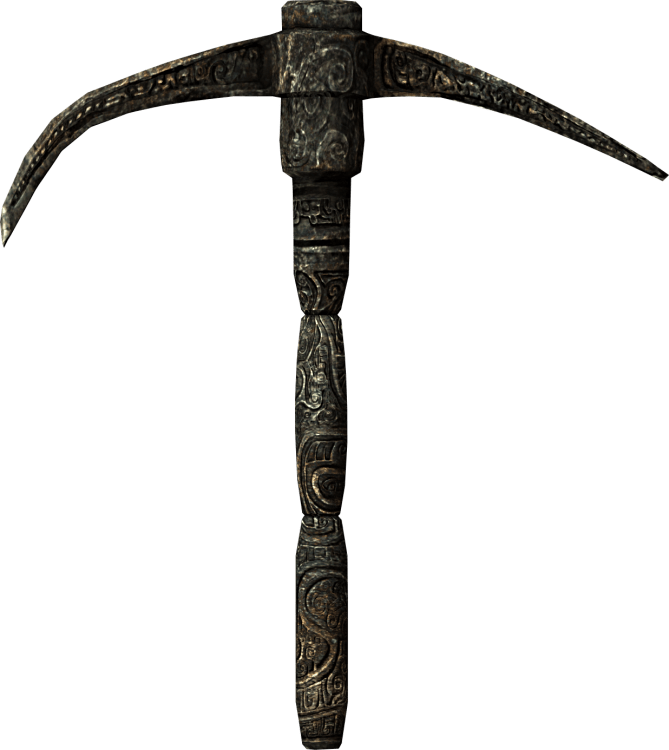 Yep, the base damage is horrific, it’s still an impressive war axe though. With a piddly weight, you’ll attack often and this partners well with the enchantment. It deals 15 extra damage to Health & Stamina with a small chance of completely freezing the enemy. Lets not even mention the fact it can be used as a normal pickaxe to collect minerals while you’re out and about. Such an impressive combination is mind-boggling and it can be argued that this is the best war axe in the game.

Personally I would never be seen in daylight with such an underwhelming looking weapon, so it coming 2nd is likely due to bias on my part.

(Spoiler) How to obtain: Only available by looting Ralis Sedarys, who is only available via the Dragonborn DLC. 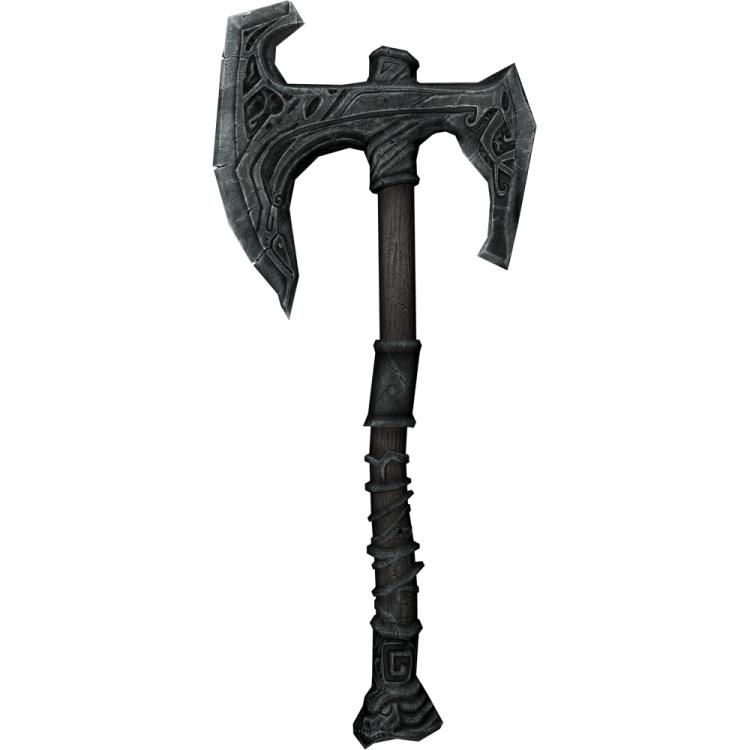 Such a beauty is number 1 in this list for a number of reasons. First, it looks incredible, even though it’s not unique (same as the Nord Hero War Axe). Second, it has a decent base damage with a low weight, granted not the lowest in the game. Thirdly, each attack deals 10 extra frost damage. So you have a hard-hitting war axe that swings quickly and looks awesome. It’s also really easy to upgrade, requiring only steel ingots. Overall it’s just insanely useful at all levels and the best war axe in the game!

(Spoiler) How to obtain: Upon reaching Volunruud during the quest Silenced Tongues, Okin can be found in the dungeon.

The glass war axe looks stupid? The daedric war axe looks awefully blunt for a war axe and looks like it was made by emo daedra with a steam punk fetish. You sir, have horrid taste. In my humble opinion.