Ah, Goblins. The little stunted folk, full of disgusting appearances and habits. Often regarded as little more than cannon-fodder by Orcs, they can be surprisingly strong in the right army composition. High unit sizes give them a good amount of staying power, although they do tend to rout quite a lot. This is where good micro-managment come into play, as routing units almost always come back into the fight. Every TOTAL WAR: WARHAMMER player must admit an army full of Goblins is something they want to try at least once. To make your unit choices easier, here’s a list of the 10 best Goblin units! 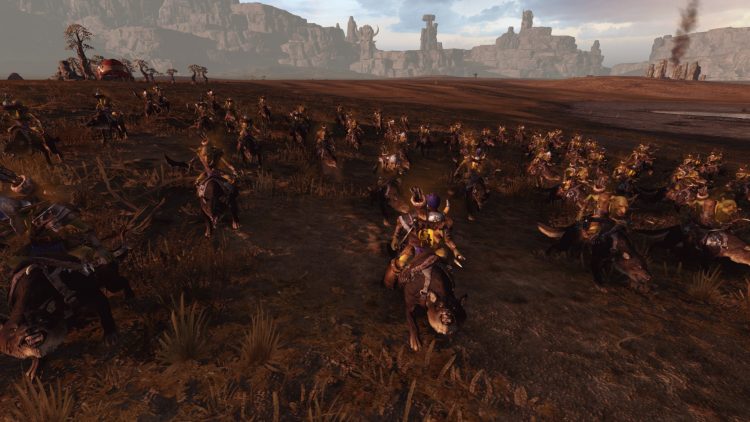 Just 350 gold is required to recruit a unit of Goblin Wolf Rider Archers, with a piddly upkeep of 87 gold. Arguably the biggest downside of archers is their vulnerability, it’s simply too easy for artillery or cavalry to reach them. Put some archers on extremely fast wolves and you have a very good unit. They have the vanguard deployment trait too, allowing you to position them properly and maximise their peskiness! 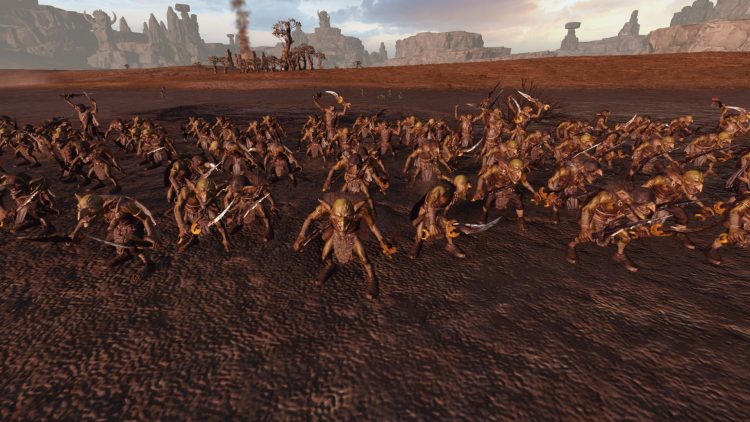 Traits, so many traits. The usefulness of Nasty Skulkers cannot be understated, high amounts of unique abilities grant you tons of flexibility. What goblins lack in size and strength, they make up in cunning. This unit embodies that statement, with plenty of cool traits. In combat, they will slice through armor without any trouble. Poor leadership is a trait all goblins share but in a winning fight, they gain increasingly high melee attack and armor-piercing damage.

The stalk and vanguard deployment traits will allow you to position them wherever you want and your opponent won’t see them until it’s too late! 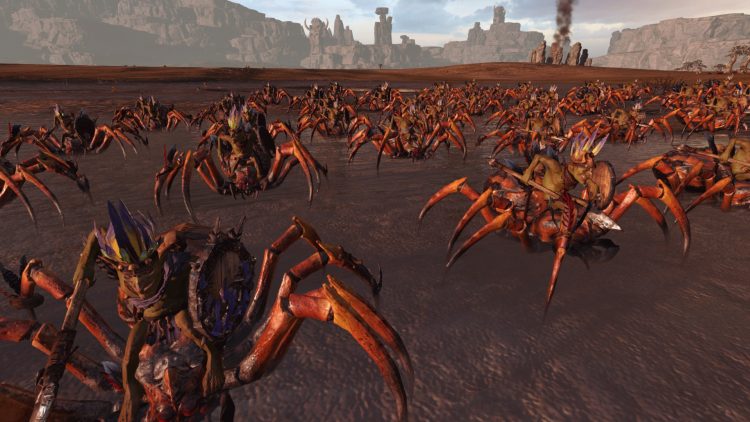 In all fairness, Goblin cavalry units aren’t really that potent. Low leadership and base damages prevent them from coming out of fights as the victor but if any melee cavalry unit can do the job, Forest Goblin Spider Riders are the best choice. Poison attacks grant huge advantages in close-quarters combat, giving them an edge over their opponents. The main strength of this unit is their mobility, as they have vanguard deployment and don’t have any terrain penalties! 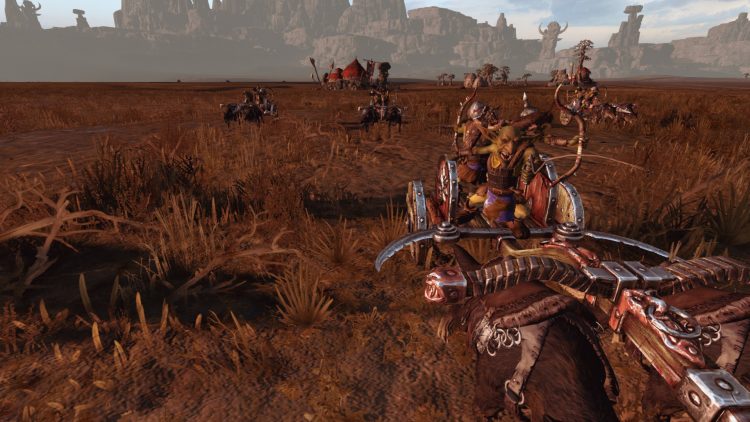 Only Goblins could think to use a chariot for ranged proficiency, a Wolf Chariot can torment both enemy front and back lines. They can hassle enemies from range and if needed, they can charge into melee combat with their great melee stats. Armor-piercing and bonuses vs infantry, combined with a naturally good charge bonus, is extremely competent against infantry. Overall it’s worth having a Wolf Chariot in your arsenal!

Like I mentioned with the Wolf Rider Archers, this unit can be a huge annoyance to the enemy. While they have relatively low missile damage/accuracy, each shot will poison their opponent. If you can get a few shots into an enemy infantry unit while they’re fighting your other units, the battle will already be won. Forest Goblin Spider Riders have vanguard deployment capabilities as well as the fire-while-moving trait too! 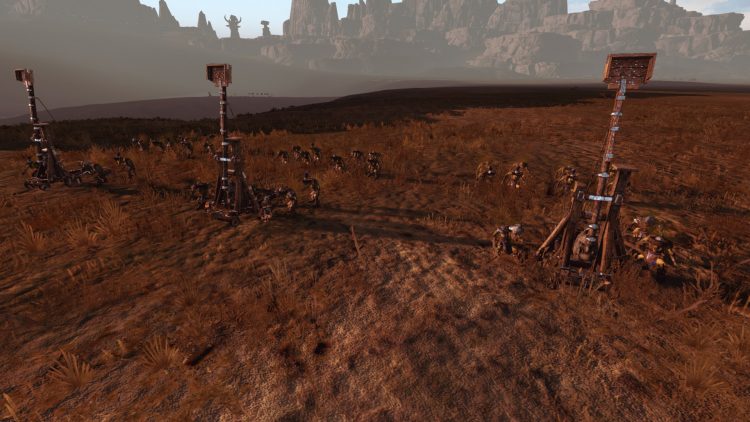 One of only two artillery units available to the Greenskins, the Goblin Rock Lobber is a great choice for its price, especially in the early stages of your campaign. You have to use it properly though, as it has a huge focus on armor-piercing damage. This means some concentrated fire on units with low armor will be quite ineffective. However, against armored units, a few hits from a Rock Lobber can demoralise them almost instantly! 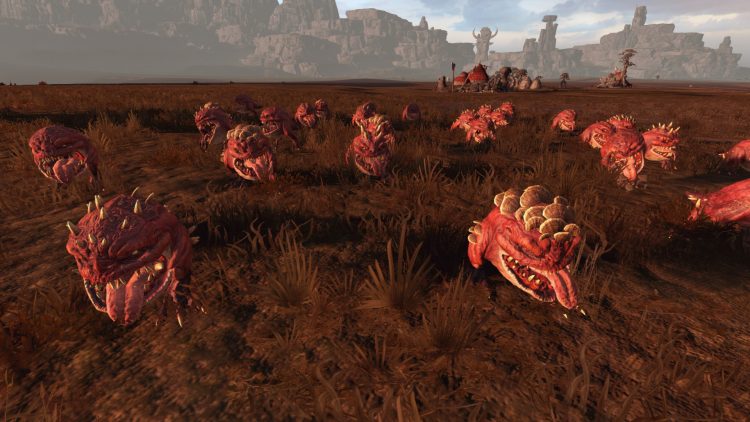 The Dwarf’s worst fear, a Squig Herd will shred through any unsuspecting infantry unit, particularly armored ones. Bonuses vs infantry and a good armor-piercing stat make them one of the best cheap anti-infantry units in the entire game. They look awesome too, it’s so fun to watch these guys rip through those pesky Dwarf units. Immunity to fear/terror is also quite beneficial, although enemies you fight against that can cause these psychological issues aren’t really the units you want to target. 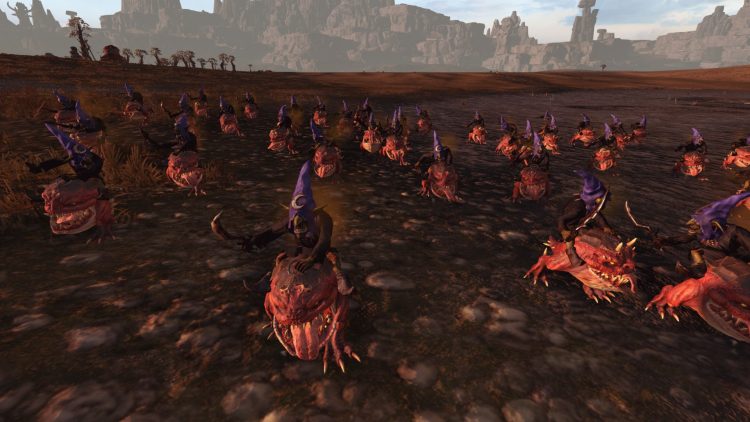 This entry could easily be swapped with the previous entry, I chose Night Goblin Squig Hoppers for the top 3 as they’re slightly more versatile. A focus on mobility and defenses give them more staying power while retaining their bonuses vs infantry and armor-piercing damage. A Squig Herd will deal more damage overall though, so it’s really up to you which one is better. 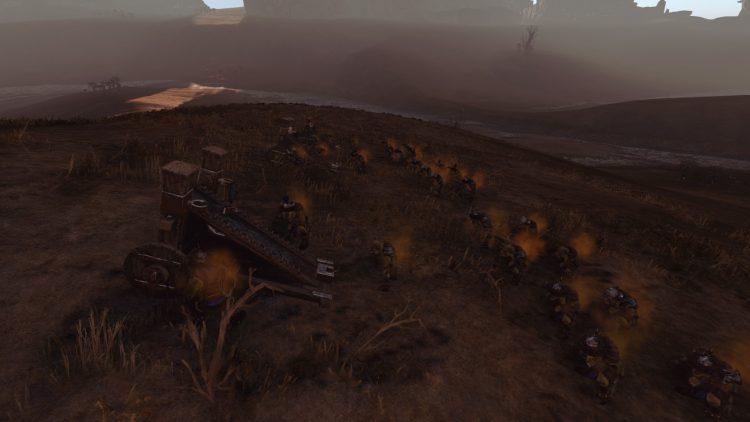 This piece of artillery absolutely decimates infantry units from massive range. It’s unique in the fact its projectiles are pretty much guaranteed to hit as they’re guided by suicidal goblins. Not only do they almost always hit, the damage is amplified with armor-piercing. The Doom Diver Catapult is a nightmare for any armored infantry unit! 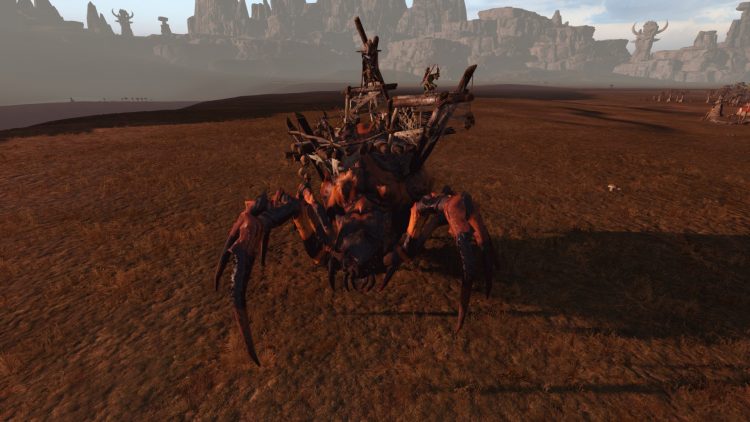 Every Goblin army needs an Arachnarok Spider, one of the few boss monsters available to the Greenskins. Very few infantry units can deal with this hulking beast, although it is susceptible to ranged fire. In combat, it’ll deal heavy damage, even to armored units and with high health/armor itself, it’ll take a beating before going down. The ability to cause fear/terror further exemplifies the effectiveness, it’s without doubt the best Goblin unit in the game!