The Dawi are the easiest faction to use for a new player, I myself struggled massively using any other faction for the first time. The focal point of Dwarfen effectiveness is their leadership, a single Dwarf Warrior unit can defeat 3 Orc Boyz units by making them flee. Combine this with fully spec’d tankiness for melee units, as well as full glass cannon ranged units and you have a fearsome army. Most TW:Warhammer players will start off with the Dwarf faction, so it’s great to know which units to build or not. This list will help you do just that, as we go through the 10 best units available to the Dawi! 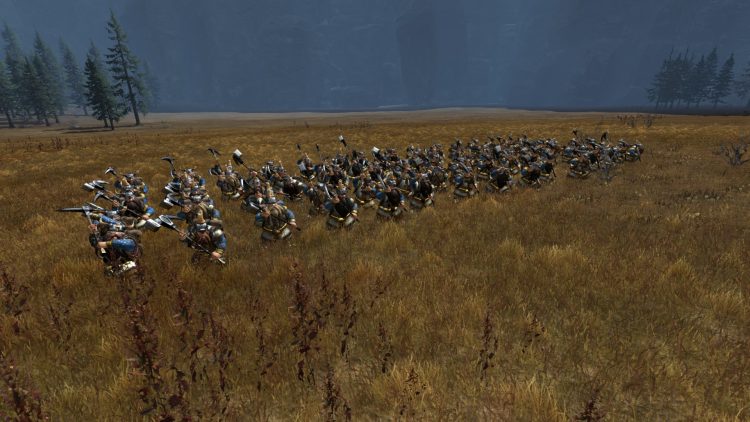 If you haven’t utilised this unit, you’re in for a big surprise. Miners are insanely cheap which is justified, they suck in melee combat. When they’re equipped with blasting charges however, they’re a whole other kettle of fish. Two throws of their charges will absolutely devastate enemy units, making them flee at the very least. They tend to run out of ammo after that, so don’t waste their charges on trash units like zombies! 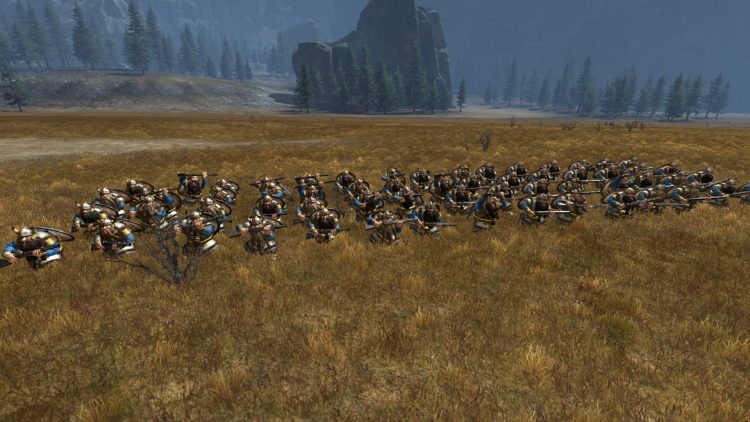 High armor-piercing damage is what Thunderers are all about. A volley of fire from this unit will heavily damage any unit it encounters, they have plenty of ammunition to fire tons of volleys. The downside is they require line-of-sight to get their shots off, requiring good micro management to be most effective. For their price though, Thunderers are an awesome choice for almost any army composition. 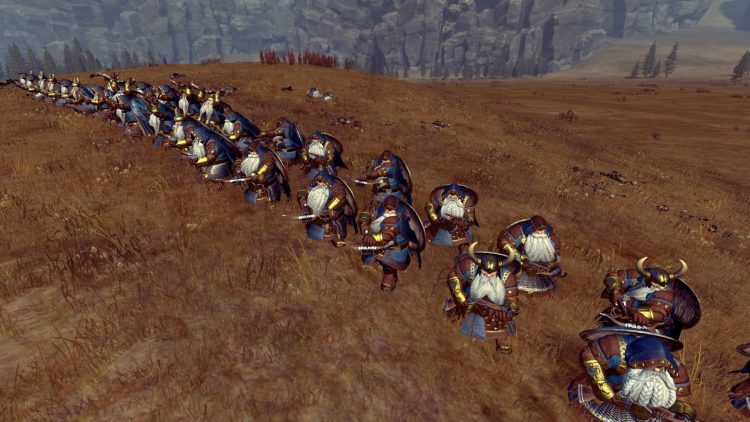 Unfortunately, this unit is only available in the DLC “The King and the Warlord” but I had to include them as they’re awesome. While they do require significant micro-management to get the best out of them, their best is worth it as they have multiple unique abilities. They can camouflage in any terrain, allowing you to spring traps without issue. As well as this, they’re among the fastest Dwarf units which is exactly what some armies are missing…mobility. 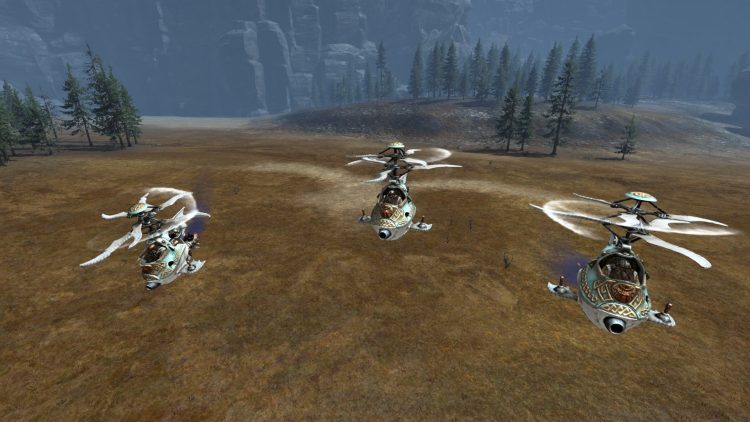 As mentioned in the previous entry, Dwarfs sorely need some mobility to have a chance against a decent enemy army. It’s way too common for enemy artillery to sit in the back of the map untouched, you need something that can get to them. Gyrobombers are perfect for this, as they can fly over the enemy army (dropping bombs along the way) and assault artillery. The enemy commander will surely send some ranged units to deal with your Gyrobombers but you can simply pull away and come back. 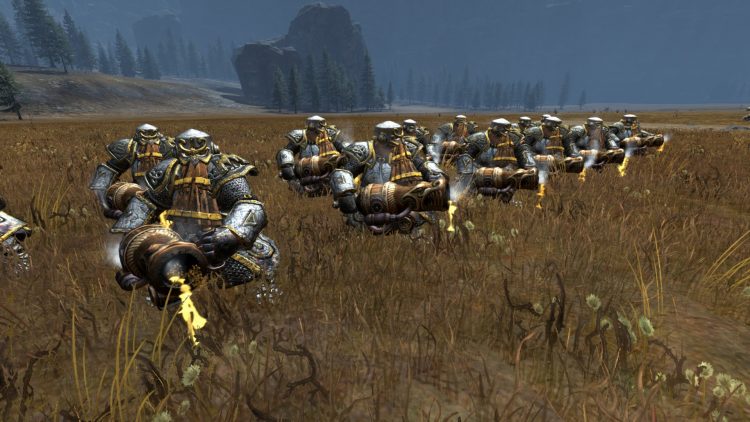 My personal favorite, Irondrakes are so epic I wanted to place them first on the list, although 99% of players would disagree. Their AoE fire damage melts large units, literally a few attacks are needed to completely wipe out an entire unit. Their problems come with their vulnerability, as they’re slow and not the greatest against flanks. They also have the tendency to melt your own troops, which can be devastating if you aren’t paying attention to their targets. 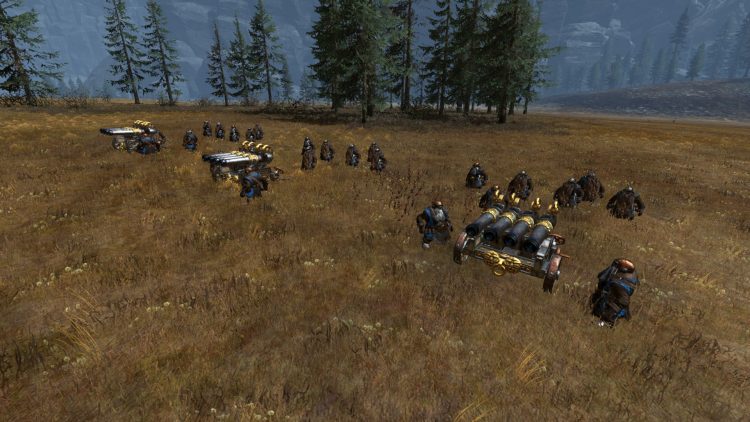 Each shot from the Organ Gun contains 4 projectiles, with each one dealing high armor-piercing damage, capable of ripping through enemy units. The reload speed is quite high too, allowing you to fire constantly and lay down as much artillery support as possible. The only disadvantages are its fairly low range and high ammunition cost but if you can work around this, they’ll certainly contribute to your victory! 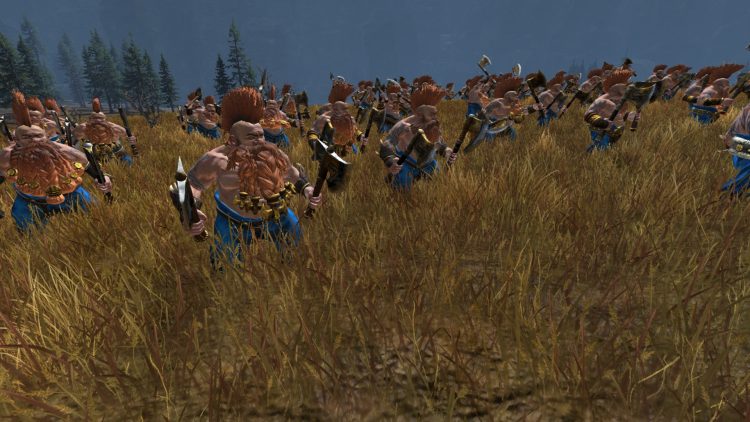 The kings of anti-large, Slayers are the unit you need to alleviate the perils of enemy monsters. They have plenty of damage, albeit low defense. However, if used correctly they can turn the tide of a battle easily, as their bonuses allow them to take down large monsters with ease. You don’t want your slayers fighting trash units, not that they won’t win, just you want to get the most out of the gold you spent on this unit. The great thing is they will never retreat and let out a final powerful blow when they finally fall!

Very few units can match the Hammerers in melee combat, their strong armor & HP pool is complimented by their high damage. Particularly effective against armored units, this Dawi unit should not be undervalued. They do not have any bonuses against large units or even have shields so you need to pick your fights carefully. If used against the right opponent, no other Dwarf unit will be as effective. 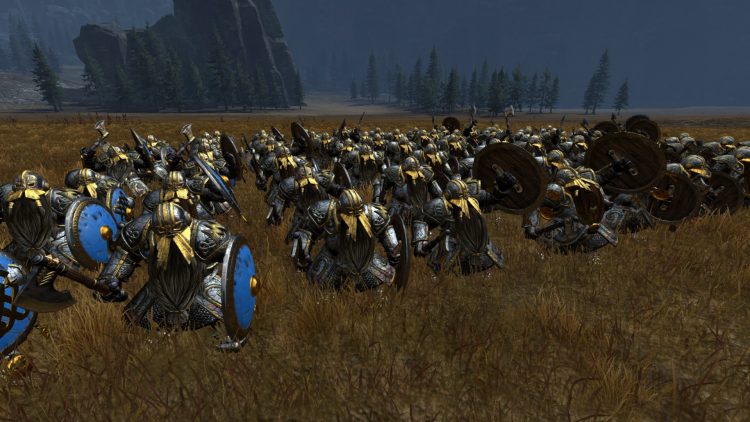 This unit will happily let hordes of enemies charge at them, the armor & HP of the Ironbreakers is unparalleled. It’ll take a LOT of ranged fire to take down a single unit of Ironbreakers, there’s no point in even trying to engage in melee combat, any charge bonus will be negated. The only drawback is their extremely slow speed but that’s worth it for such a stalwart unit! 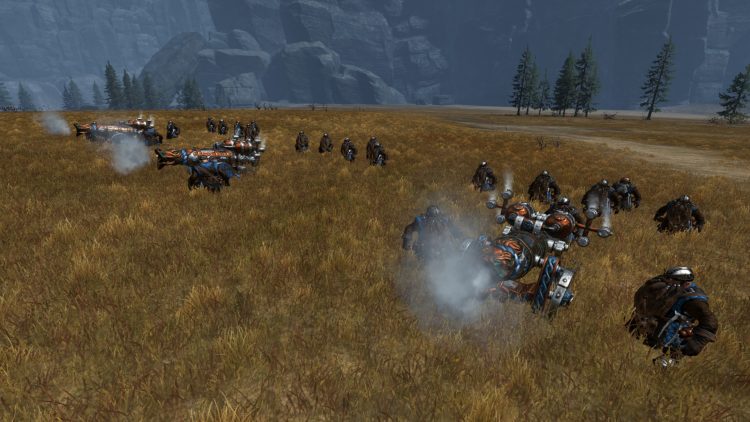 The Flame Cannon is disgusting, each shot hurls a huge mortar across the battlefield, deleting any non-armored unit it encounters. In all fairness, this unit barely deals any damage to armored targets but anything else? They’re gone. When facing a light-infantry heavy team, a Flame Cannon unit or 2 will easily carry the battle if given enough protection. Sieges in particular are where the Flame Cannon shines but there’s rarely an occasion where this unit wouldn’t be amazing for you!