Bloons are your main foe in Bloons Tower Defense, no one knows where they came from but there’s absolutely millions of them.

It’s up to you to deploy your best monkeys and pop each and every bloon that comes your way.

Along the many rounds you face, different kinds of bloons, as well as different variants, will seek to bypass your chosen track.

Deploying the right monkeys to deal with these variants of bloons is important, as you don’t want too many to get through.

On easier game-modes, such a feat is simple to achieve. On the harder modes, losing even a dozen lives can be hugely detrimental.

Recognising the strongest bloons will make the game much easier to complete, as well as knowing which rounds they spawn on, and what their weaknesses are.

I’ll be going through the 10 strongest bloons in BTD6, giving you tips on how to counter them. Using this list, you’ll have a ton of information to help you conquer the harder game-modes!

RBE = Red Bloon Equivalent, basically how much health it has, including the bloons spawned from popping it.

First appears at round: 28

Lead bloons are invulnerable to most kinds of attacks, with many towers requiring specific upgrade paths to pop them.

It’s worth noting what round they start appearing, they can lose you the game if you have nothing to deal with them straight away. Unless you have the Pre-Game Prep monkey knowledge, of course.

An early Wizard Tower with Fireball is a good option for dealing with lead bloons. After a few more towers and upgrades are added, they become a slight annoyance, rather than an actual threat.

First appears at round: 26

Once popped, they’ll spawn white & black bloons, which are fast and adopt the traits of the zebra bloon (ice for white, explosive for black).

When the regrow zebra bloons start spawning, the sheer speed of these bloons can catch many players off-guard.

Good pierce power is recommended, as well as a Glue Gunner.

First appears at round: 35

Although the rainbow bloon has no built-in defenses, popping one will spawn 2 zebra bloons, which spawn 2 black & white bloons each, when popped.

It’s the speed that can cause problems, as popping rainbow bloons tends to release a bunch of fast-moving bloons to continue down the track.

If you’ve ever noticed you have to deal with several rogue bloons getting past your towers, rainbow bloons are the most likely culprit.

Glue Gunners are great here, but consistent popping power, rather than burst, is what you need to deal with rainbow bloons easily.

First appears at round: 25

One of the fastest bloons you can face, purple bloons are immune to energy and magic attacks.

So things like fire, laser, and any basic magic attacks, will not deal a single bit of damage.

Essentially the opposite of a lead bloon, but this variant can acquire regrow, which are particularly troublesome to deal with as early as round 48.

Any kind of pierce damage is recommended, such as a Tack Shooter or Boomerang Monkey.

Once the purple layer is popped, the other bloons can be popped with your energy/magic attacks.

First appears at round: 38

The strongest non-large bloon you can encounter, ceramic bloons take a huge amount of stopping power to break through.

2.5 speed is very fast for such a strong bloon, requiring a balance between CC (apply glue or knock-back) and hard-hitting monkeys.

At round 67, you’ll face 13 Fortified Ceramic Camo Regrowth bloons. They aren’t too bad to deal with if you have 1 or 2 high tier towers, but it’s something to be aware of. 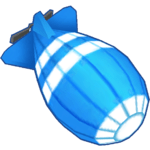 First appears at round: 40

Releasing 4 ceramic bloons upon death, MOABs are commonly known for being the main boss of any easy game-mode.

Playing harder difficulties will result in your fighting MOABs constantly, they have completely different properties when it comes to ordinary bloons.

While you may have great anti-bloon towers, MOABs are a different kind of beast.

Plenty of tower upgrades can deal with them, though. The Heli’s MOAB Shove is an excellent and fairly cheap option. While the Wizard Monkey’s Arcane Spike deals an insane amount of damage to MOAB-class bloons, and leads to one of the best rank 5 tower upgrades in the game. 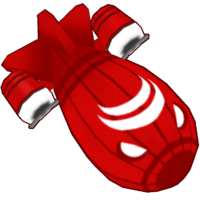 First appears at round: 60
Fortified at round: 79

The BFB bloon is one of the slowest moving bloons in the game, but it also has a ton of health.

One BFB isn’t too much of a problem but once you get to round 79 and start facing multiple fortified BFBs, you need a ton of popping power.

By the time you get to those rounds, you should have plenty of money or high-tier upgrades. 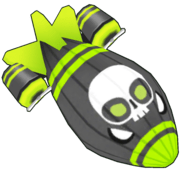 First appears at round: 80
Fortified at round: 97

You need to be very careful when ZOMGs start spawning, as the spawned bloons can quickly overwhelm your towers without adequate support.

At round 87, you’ll face 4 of them. Investing in income early on, through the use of Banana Farms, will give you enough money to invest in proper popping power by these rounds.

At that point, a good balance of burst is consistent dps is required. Bringing it down quickly is your main aim, then you should have the consistent DPS to deal with the spawned MOABs. 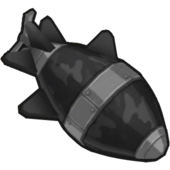 First appears at round: 90

One of the best heroes in the game – Etienne, grants camo detection to all towers on the map. If you’re completing simple Hard game-modes, he can be your go-to hero to avoid having to buff your towers individually, or through a Monkey Village. 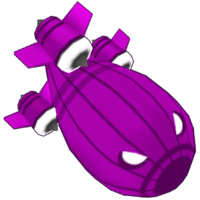 First appears at round: 100

Immune to all kinds of CC, the BAD Bloon summons 2 ZOMGs and 3 DDTs when popped.

You need to pop it as fast as you can, to make sure the zoomy DDTs don’t yeet past the rest of your towers.

So many C.H.I.M.P.S attempts have failed at the last round, thanks to this absolute unit.

Debuffs still affect it, though. So things like the Ninja Monkey’s Grand Saboteur & the Sniper Monkey’s Cripple MOAB will give you a huge edge.

Something to be aware of, too, is the fact that MOAB-class bloons get stronger, and move faster, after round 81.

If you somehow make it to round 200, you’ll encounter 2 Fortified B.A.D bloons, which pretty much seals the deal for you as they have hundreds of thousands of health.