Loot is the lifeblood of Skyrim. Without it, you’d be wielding that weak iron axe for your entire play-through. We all like finding better items and we get attached to those we use for a while. There’s nothing quite like finding a much more powerful version of an item, though.

Crafting and enchanting your own items is by far the most reliable and effective method for late game. You won’t want to use this list to get your weapons/armor up to scratch. Instead, these loot locations will provide high amounts of gold, items to disenchant and other resources for skill trees.

I’ll go through the 10 best loot locations in Skyrim. Providing a mixture of world locations with static loot and creatures/NPCs you can hunt down for epic gear! 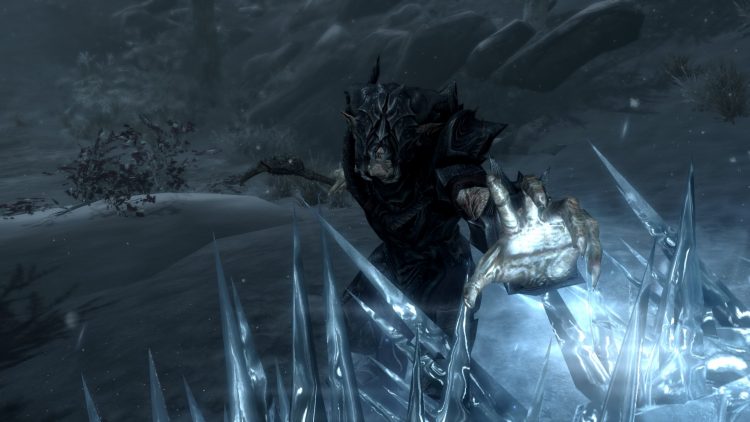 Of all Falmer you can find in Skyrim, Warmongers are the strongest by far. You can’t specifically counter them as they always wear heavy armor, as well as proficiency in both melee and spell based combat.

You can also encounter Warmongers with healing capabilities, or powerful staves. The highest level enemy of this type you can encounter is 54, which yields Grand souls for soul trapping. 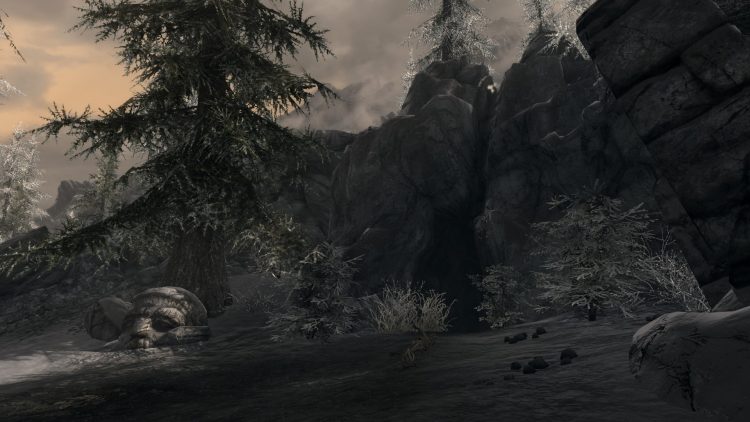 Grinding loot doesn’t have to be tedious and boring, Shrouded Grove is always fun to conquer. Inside you’ll find a few lesser creatures/animals duking it out, as well as a Spriggan further in. It is one of the smaller places but it’s a fun loot location that can stock up your inventory quite nicely.

A cool one-time skill book is the Ice and Chitin, which is found here. To find it, go North East of Whiterun, as if you’re going straight to the College of Winterhold. 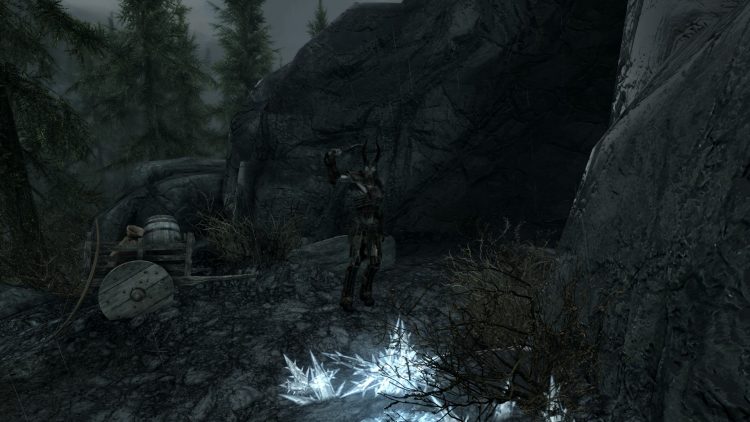 No other Draugr variant will trouble you as much as the Death Overlord. Maxing out at level 45, they’re resistant to frost damage and immune to poison/bleeding. Additionally, Draugr Death Overlords can use a full Unrelenting Force shout.

For me, fighting this enemy type is one of the best battles you can have. As they send waves of lesser Draugr your way, you’ll need to repel swarms of attacks while trying to take the Death Overlord out. They can wield a variety of weapons, the most common being two-handed weapons.

When you do finally destroy one, the rewards are incredible. High tier weapons, plenty of gold, gems and ingots. Your coffers can become quite full. 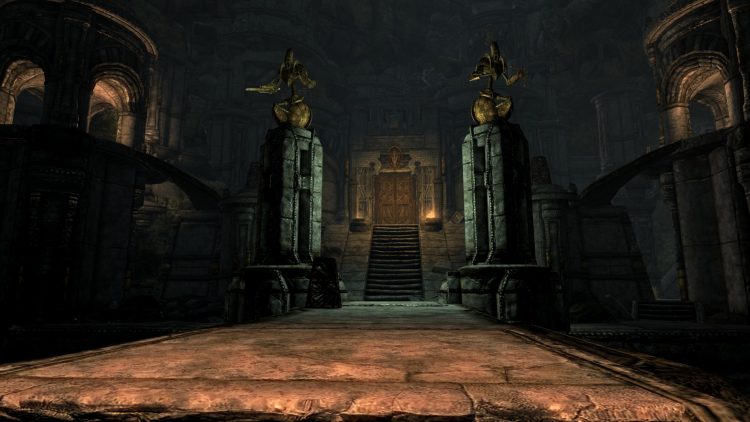 I’m not going to lie, this one is huge and full of creatures. Bring a follower and make sure their inventory isn’t topped up, you’ll need them. Containing enough dwemer artifacts to create over 300 dwarven ingots (for crafting or selling), it also contains a myriad of locked rooms full of loot. It’s located under the Understone Keep in Markarth.

Dwemer creatures can really hurt you though, keeping a good inventory balance between powerful items and loot space is important! 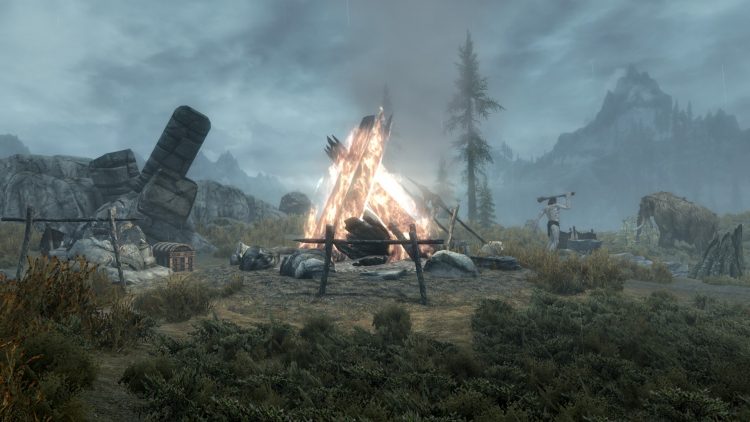 I swear it’s hard-coded in every game save to try to attack a Giant as soon as you first encounter one. We all learn how bad of an idea that is, yet Giant camps are one of the easiest ways to stock up on gold.

14 Giant camps exist in Skyrim, enough to spend 15 minutes or less looting up. You won’t want to fight the giants or their Mammoths, instead you’ll go straight for the chests, which always contain valuable loot.

Most camps have other little goodies nearby too. Like rare plants, ore veins or other random stuff, such as the remains near Cradlecrush Rock which grant an enchanted helmet & ring.

Once you level yourself high enough, start to fight the Giants and their Mammoths. You’ll acquire a wealth of Gold, Gems, assorted weapons & armor and animal hides! 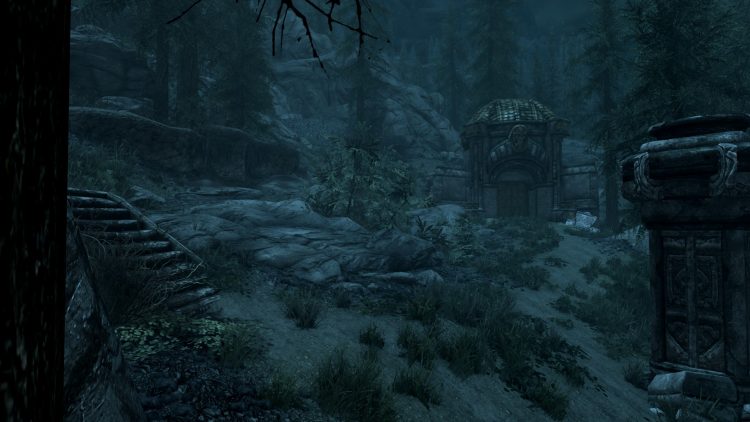 Easily the most simple and efficient way of grabbing loot. The Dwarven Storeroom is located just right next to the steps to Mzulft, which is quite South-East of Windhelm. Containing 2 lock rooms, one with an Apprentice lock and the other with an Expert lock, you’ll find a ton of dwarven resources to sell, as well as multiple chests.

Looting this place takes less than a minute if you’re fast enough, I’m surprised how under-valued this place is to the Skyrim community. 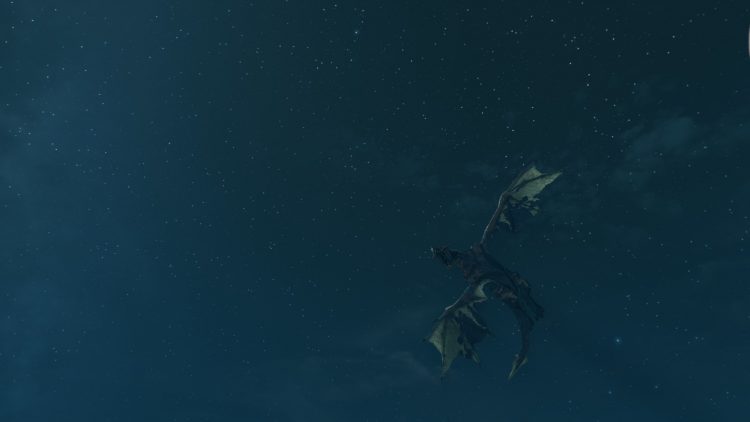 Ancient Dragons are one of the highest level creatures to be featured on this list so far, at level 50. They can be encountered as early as level 28 though, you should always aim to kill one if you find yourself ambushed. Beware though, Ancient Dragons are the most formidable dragons in the base game!

Utilising cover over a long, drawn-out battle is highly recommended. Even if you have an inventory full of potions, a few breath attacks from an Ancient Dragon will considerably deplete your reserves. 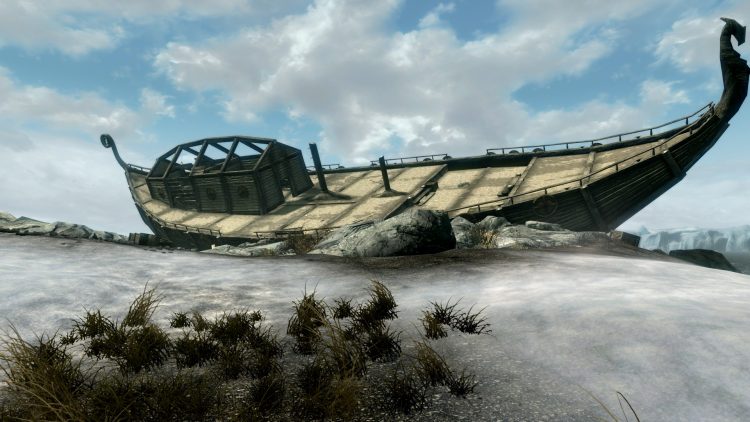 All shipwrecks are decent loot spots but the Wreck of the Brinehammer is the most efficient. Finding it on the map and making it available to fast travel can be a pain but it’s well worth it. Three skill books are found here, as well as some chests, ores and valuable herbs.

Just North-West of this location is the Sunken Treasures location, containing a one-time chest containing another skill book and other levelled items. 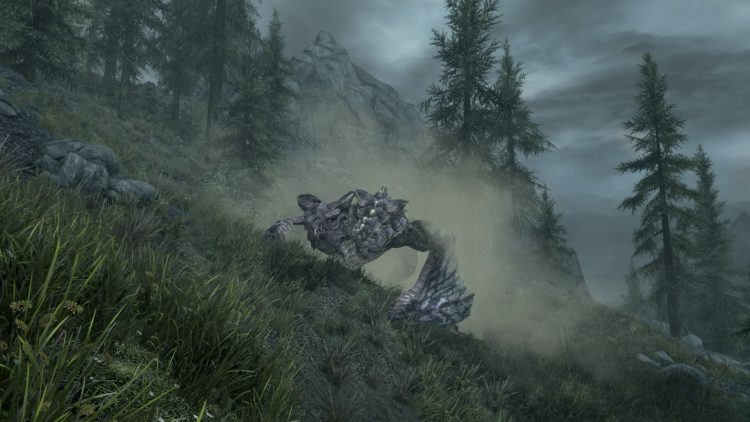 Sporting a level up to 75, this dragon is the ultimate end game boss. Introduced in the Dawnguard DLC, it’ll use Drain Vitality, reducing your health, stamina and magicka every second. Combined with an insanely high health pool, you’ll need to be as high tiered as possible to defeat this dragon.

No other non-unique creature/NPC in Skyrim will drop as high tier items as a Legendary Dragon though, making it well worth the fight. Of course, it drops dragon bones and scales, like any other dragon. Plenty of Gold and Gems are found on its corpse though, as well Daedric items far more commonly than other creatures! 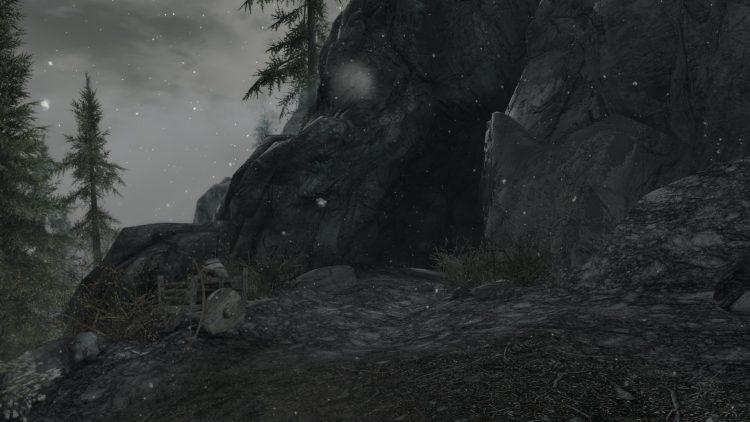 Get yourself some food and drink (in real life), this loot location is a big one. Located South-East of the previously mentioned Dwarven Storeroom, you’ll want to travel here as soon as possible. Boasting what is likely the biggest variety of enemies of any cave (or even location) in Skyrim, you’ll receive a large variety of loot.

Three parts of the cave exist, all of which require considerable time and effort to get through. Everything from alchemy/smithing resources, skill books, jewelry, weaponry and armor are found here. Oh and of course Gold, a lot of it!