Valheim offers various points of interest throughout the world, auto-generated structures, and exploration options to grant additional resources or information.

I see many players still aren’t aware of the best loot locations, choosing to run straight past or simply not realising they exist.

Treasure chests can be found everywhere, even right under your feet.

Opening them up for gold, additional arrows, and crafting materials is a good way of topping up your storage chests.

Low-tier arrows are particularly good for hunting, as you don’t want to waste your best arrows on meager deer and boar.

Many of these loot locations offer a handsome amount of wood, hides, stone, and flint too!

Thousands of players have completed all available content and there’s little left to do, except build.

Using this list, you’ll have more things to do, exploring and looting these locations adds a new measure of fun to Valheim.

Treasure Chests get mentioned a lot, what do they contain?

Ordinary treasure chests will always contain a small amount of gold, as well as a chance to contain: 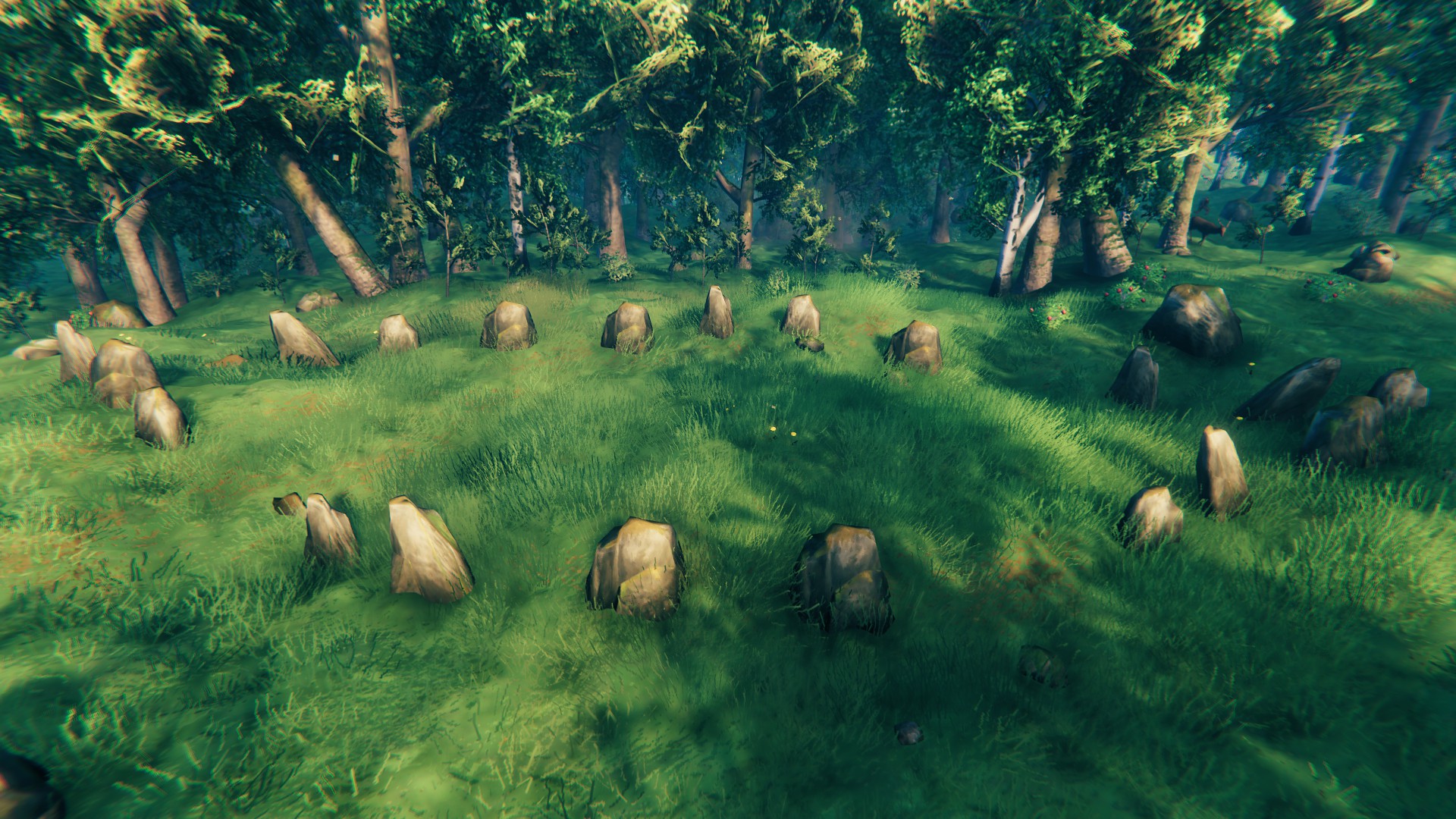 You can find this location fairly commonly in the Meadows, a rock formation with a longship formation.

Grab your pickaxe and dig out the inside area, finding a treasure chest and other loot scattered around, occasionally. 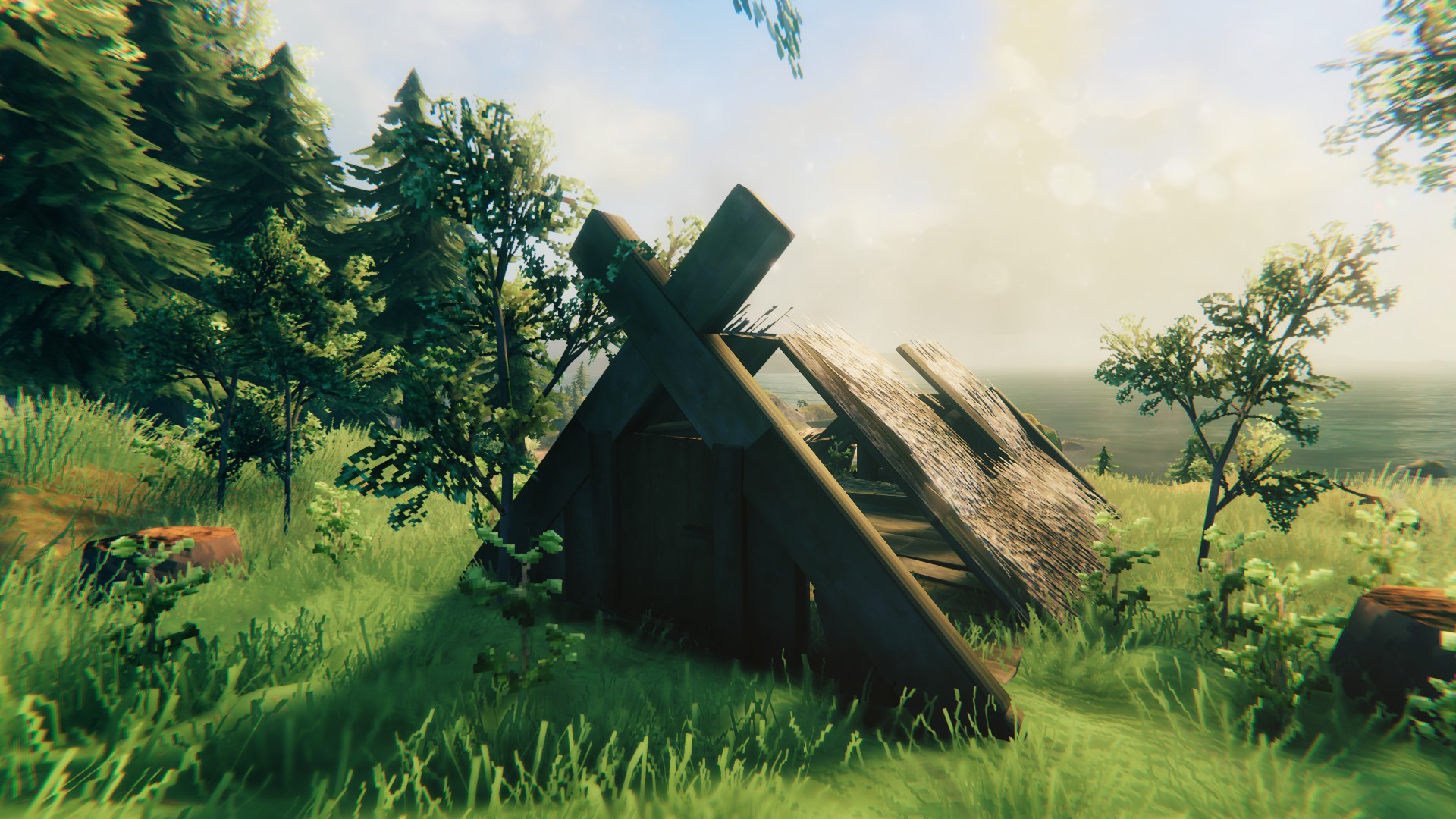 One of the most common loot locations you’ll find, usually containing a destroyed bed and treasure chest.

You can place a crafting table and destroy the whole house for a quick bit of wood.

Or you can take the loot, fix up the base and have a little outpost for future use.

The Mountain variant is made of core wood, rather than ordinary wood. 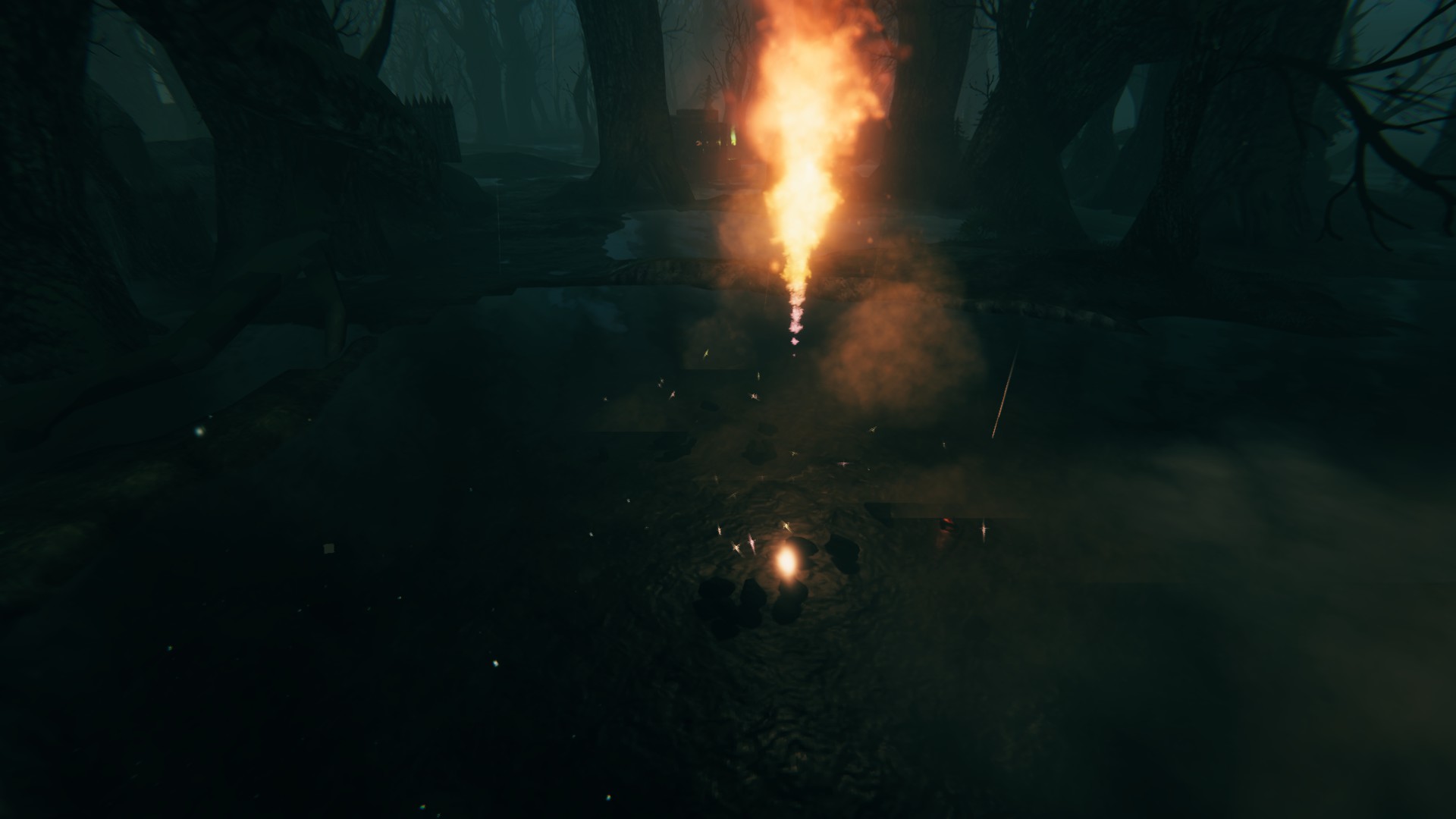 By far the easiest way to get coal and surtling cores, surtling spawners are commonly found in the swamp biome and will spawn tons of surtlings.

You can choose to fight them as they spawn, but you can also mine out the ground underneath until the water level completely envelopes the bottom.

Surtlings take damage in water, so a few minutes of work can result in a constant source of coal and surtling cores! 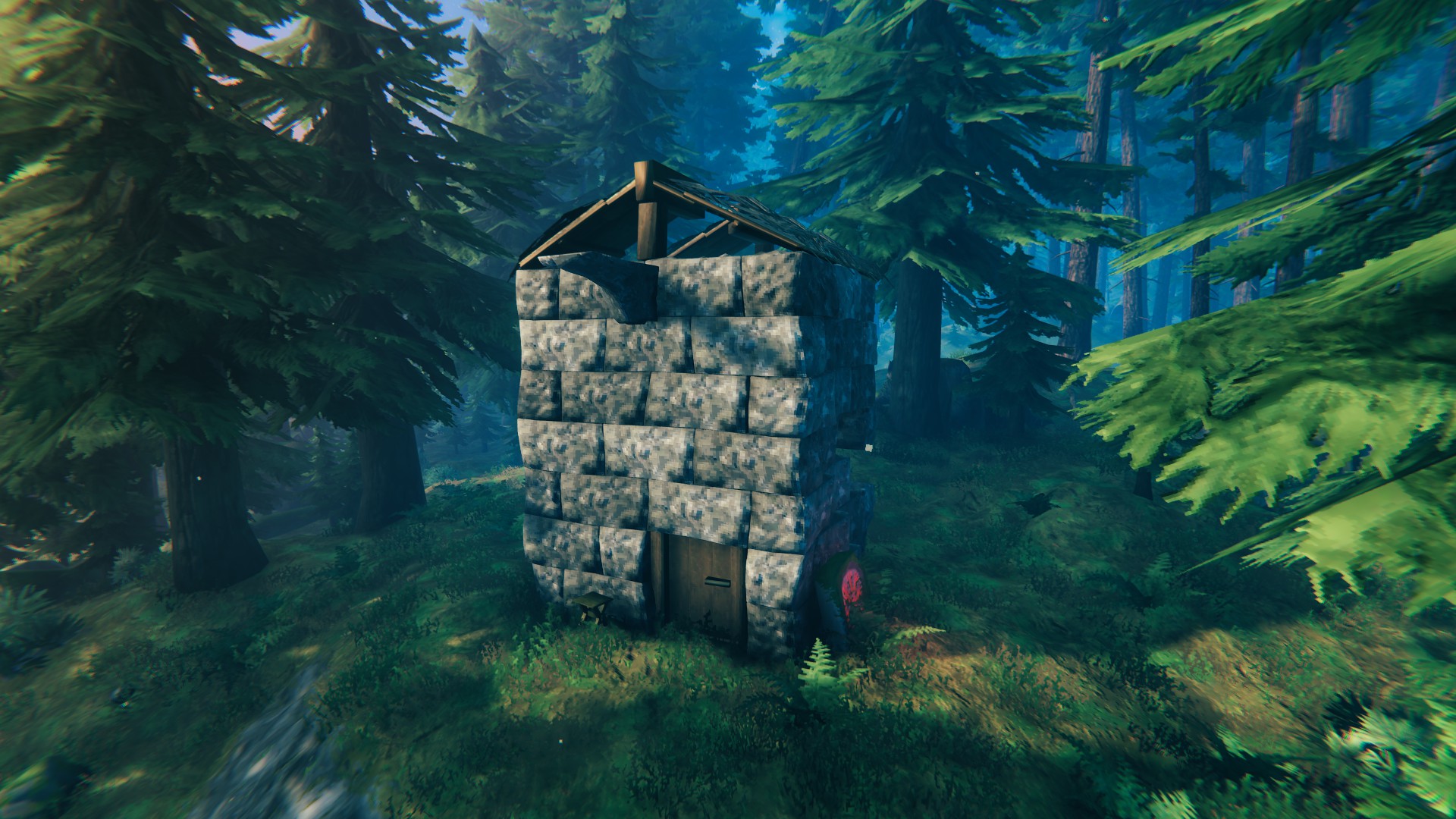 These stone buildings are commonly guarded by skeletons, which are quite easy to vanquish.

You’ll then have access to the tower’s loot, usually 1-2 treasure chests.

Occasionally, a barrel can be found outside, near the front door.

Whack the barrel to destroy it, and you can be rewarded with blueberries, tin ore, hides, or even flint!

Well worth venturing to in the early stages of your adventures, with the Mountain/Plains variant being excellent base options. 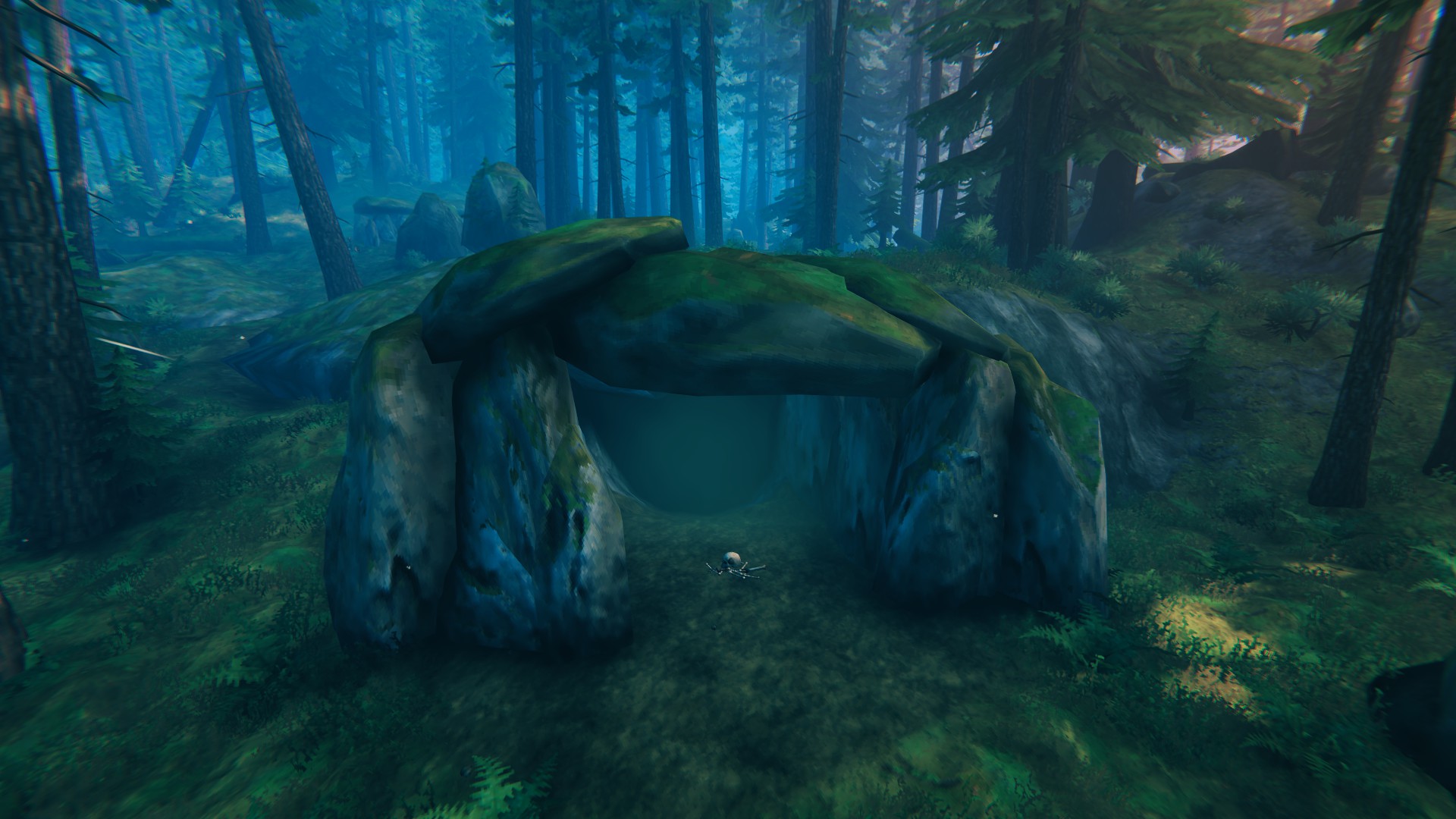 Each troll cave will require you to defeat a single troll in order to safely loot its contents.

2 treasure chests are found, as well as some yellow mushrooms.

As such, it’s well worth investigating any troll cave you encounter, as it’s decent loot for a minute or two of work. 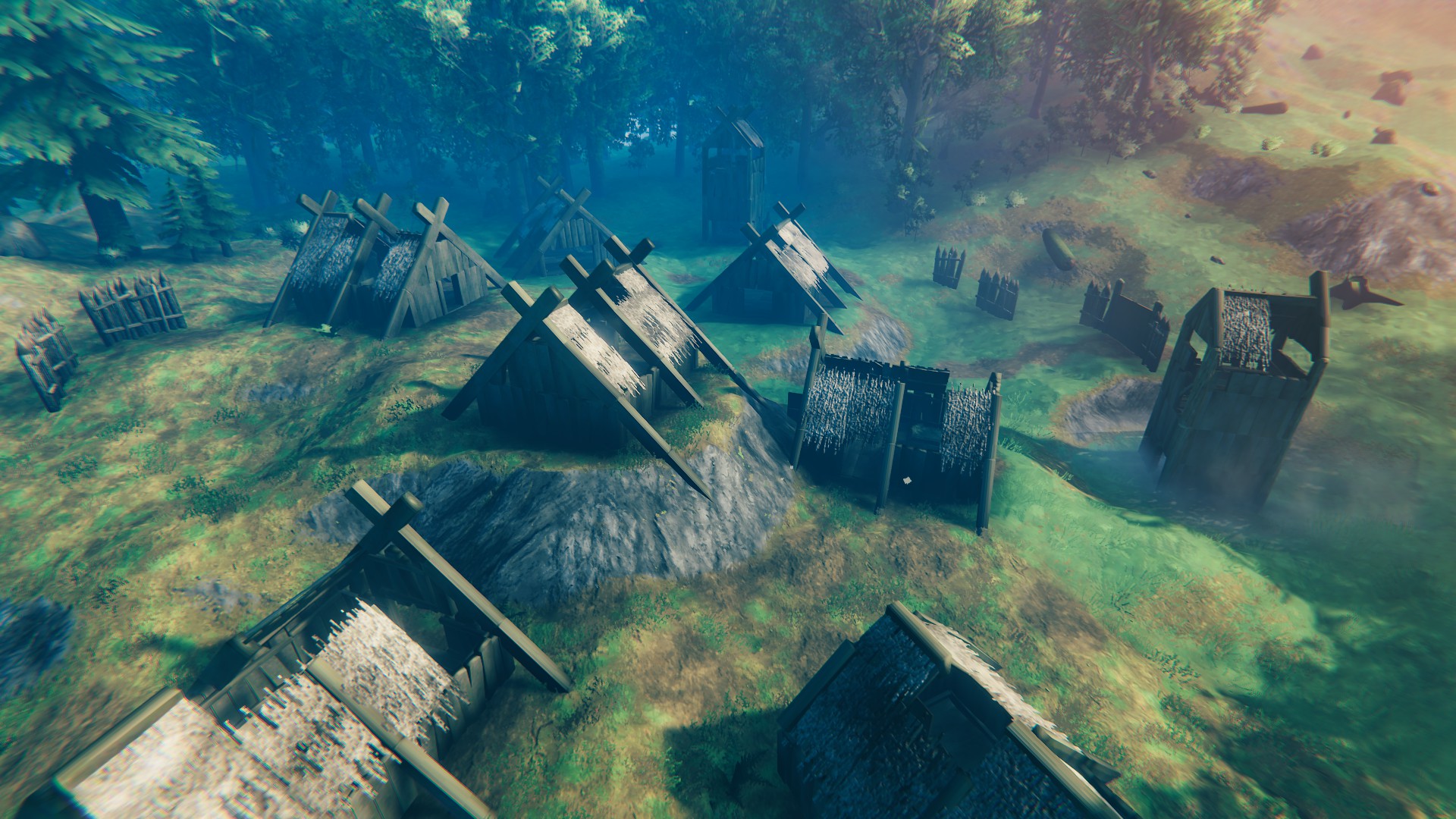 Very rare, but an amazing method of getting loot.

Each draugr village will spawn a dozen draugr, as well as up to 3 body piles that will continue to spawn more.

Such a location is great for obtaining entrails without stress, but they also contain several treasure chests throughout.

Could even turn one of the houses into a small base, set up walls around the entire village and let it become a zombie-infested quarantine area. 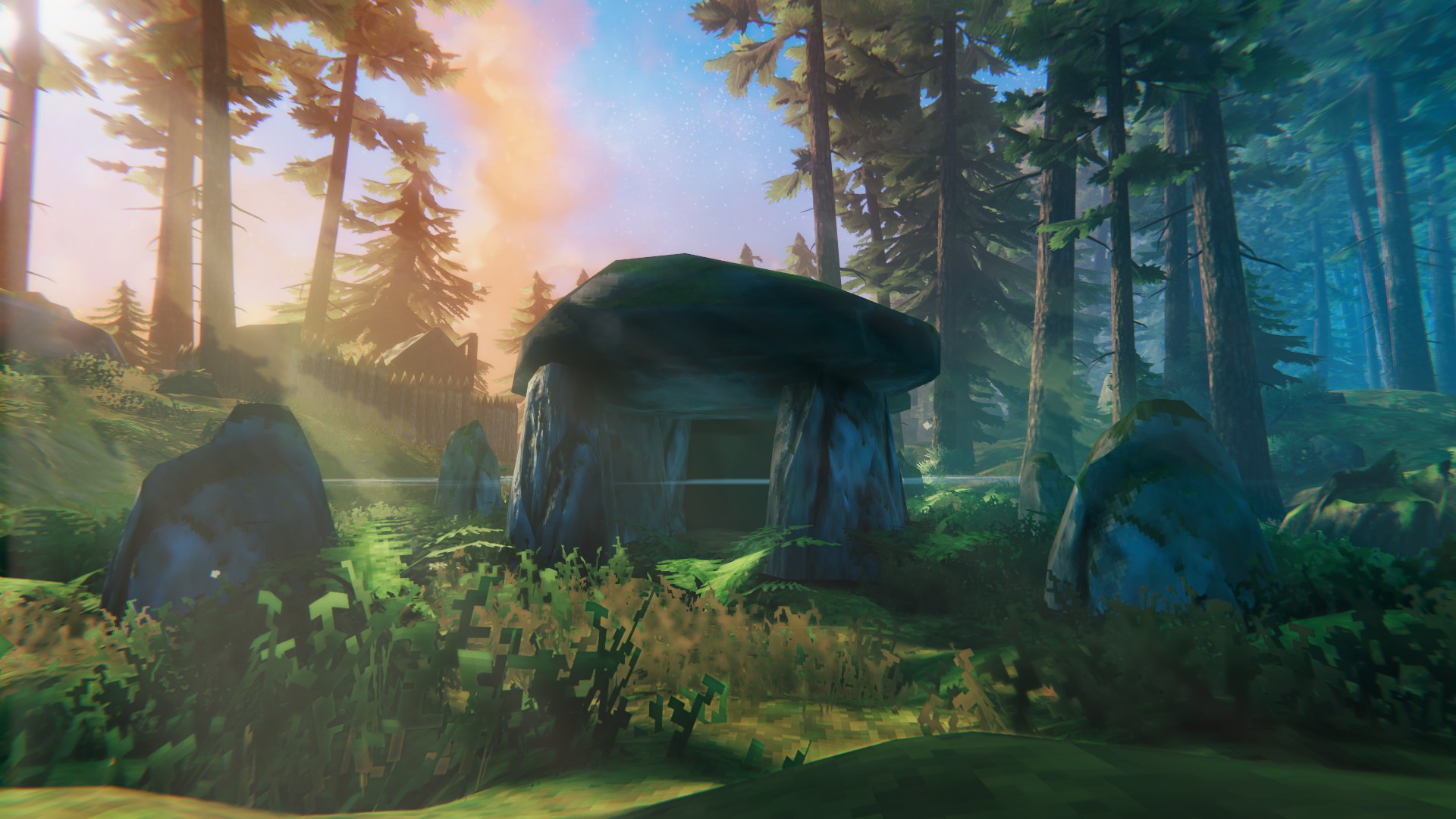 Home to the elusive ghost, burial chambers are one of the most fun locations to loot up.

Many rare mobs are found here, and plenty of treasure chests are accompanied by surtling cores.

Rancid Remains are one of the most difficult mobs to get trophies from, and burial chambers are your best method. 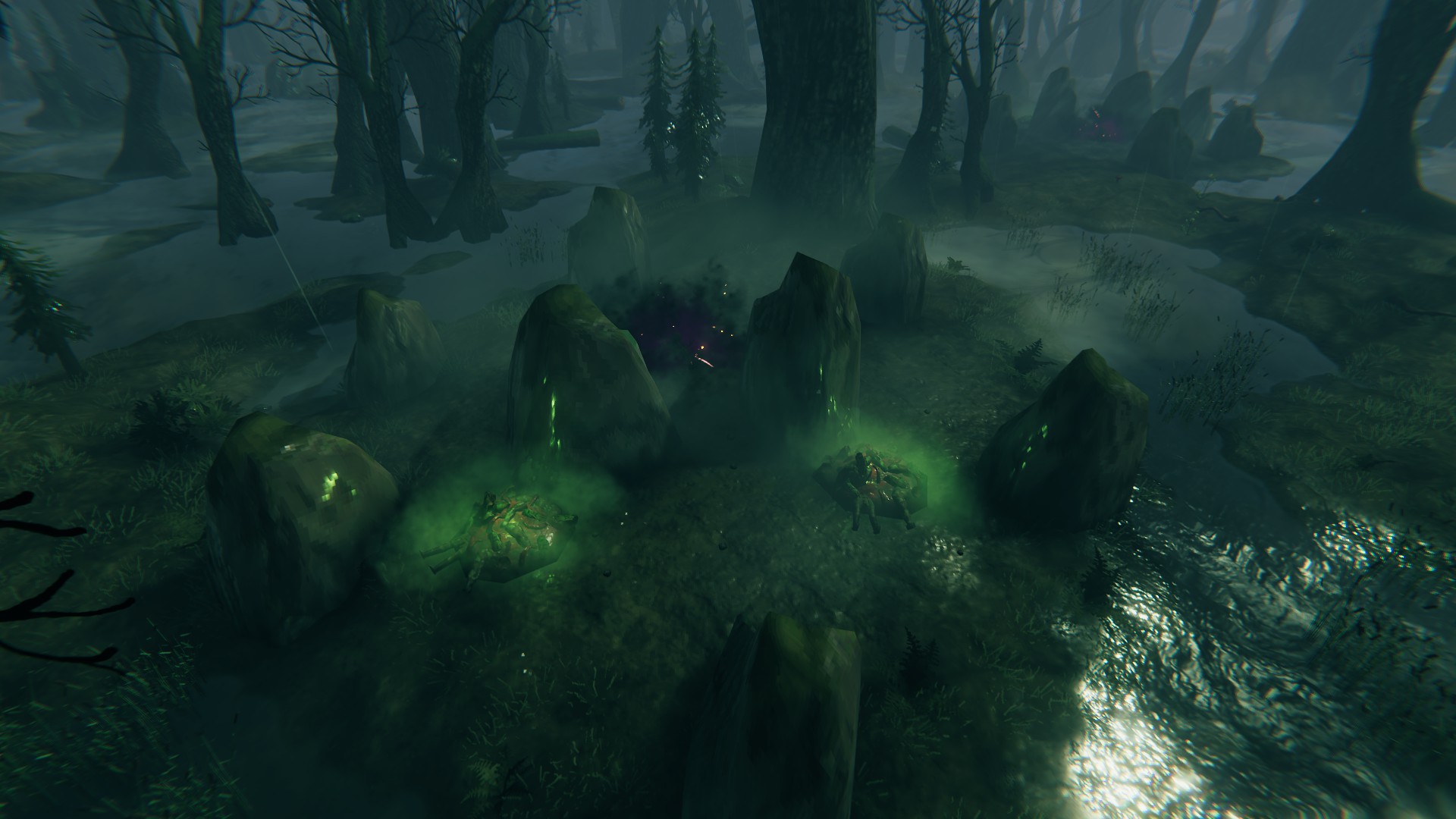 For acquiring entrails, bone fragments and trophies, look no further than the mass body pile.

Found in the Swamp biome, you’ll see an assortment of boulders, containing up to 4 skeleton and/or draugr spawners.

Sometimes, up to 2 chests can be found near the spawners.

You can stay in the area and constantly fight the spawning mobs, to get resources and upgrade your skills.

Also a great place to learn how to parry with a shield. 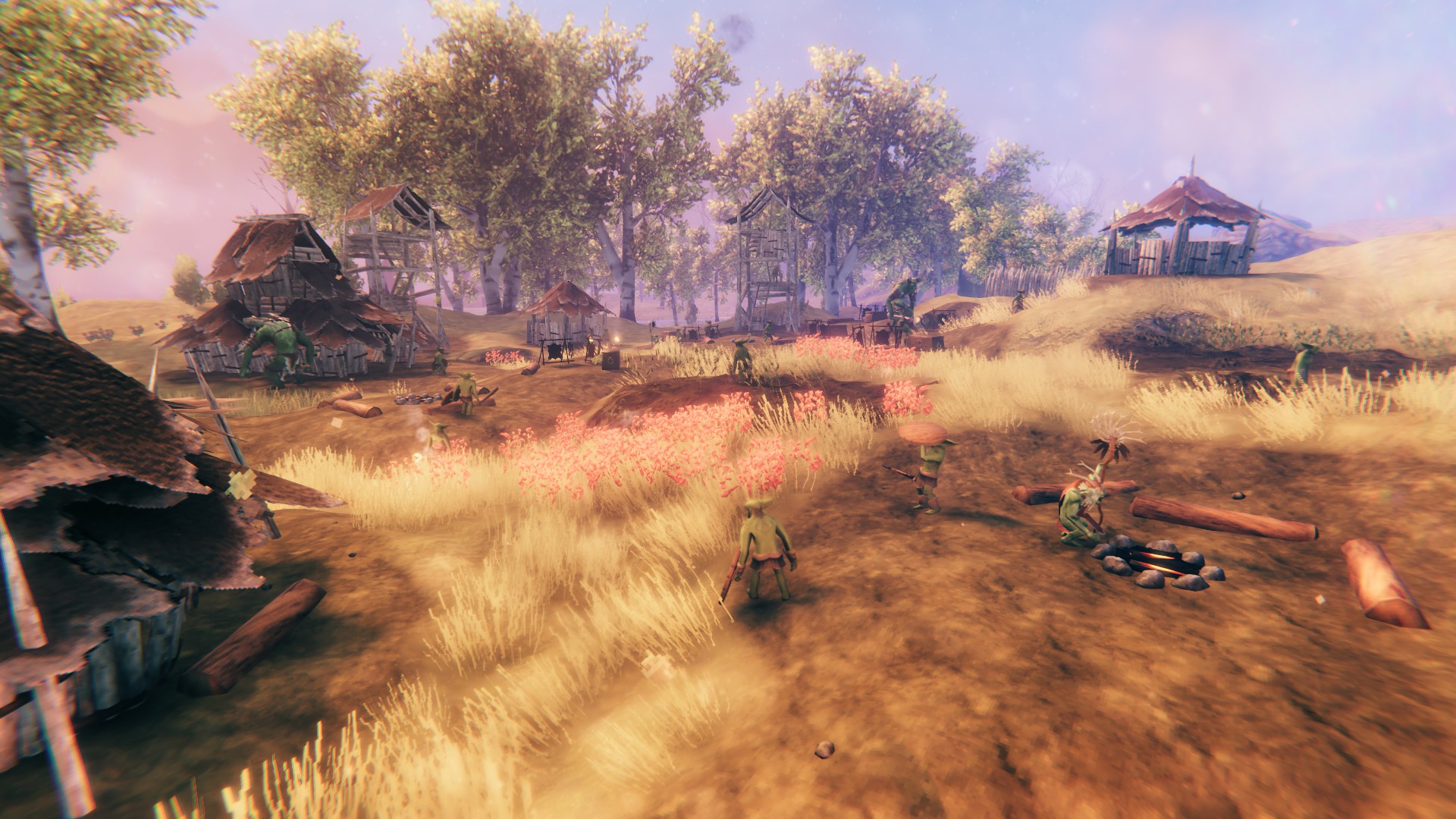 To conquer a Fuling Village, you’ll need to tackle some of the strongest mobs in the game.

Up to 12 Fulings, 2 Fuling Berserkers, and 2 Fuling Shamans will await you.

Inside each village, you’ll find up to 4 treasure chests, some flax/barley, and plenty of structures.

You can destroy these structures for wood, deer hide, flint, and core wood! 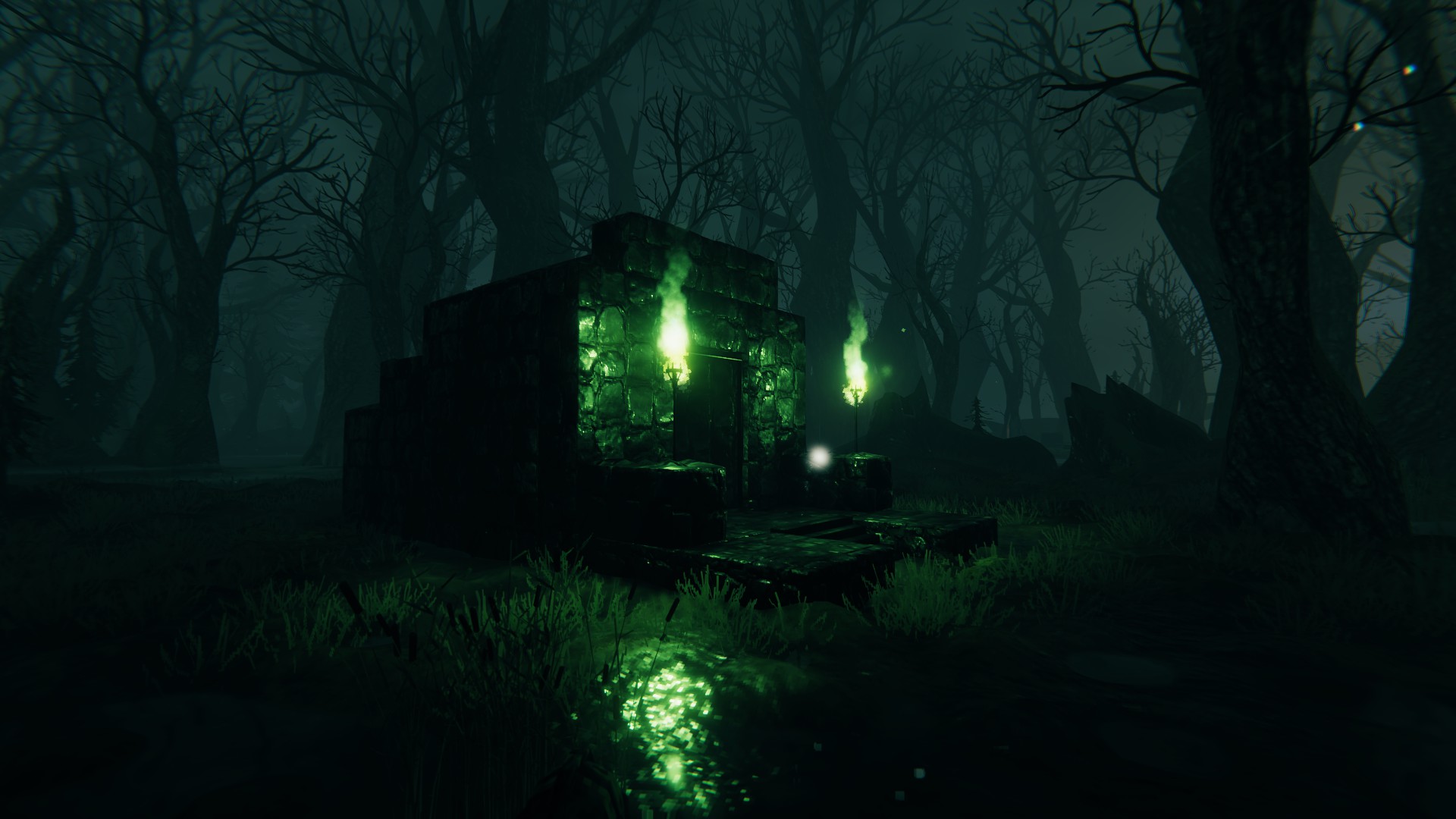 Containing between 4 and 15 rooms, sunken crypts provide an abundance of treasure chests and muddy scrap piles.

All of the aforementioned items are great for all stages of the game, but you’ll also encounter draugr & blobs, giving even more loot.