Alteration is a surprisingly strong pool of magic, providing a ton of utility to make your adventures far easier. Considered the easiest magic type to increase, you’ll be levelling up extremely fast by casting alteration spells. While there isn’t a single spell that deals damage, you can use alteration to massively turn a fight in your favor!

I’ll be going through the 10 best alteration spells in Skyrim. Detailing how to both obtain and use them. Arguably the most skill based spells in the game, using them right will make you a god in the world of Skyrim.

Any mage character should really put some effort into alteration, the benefits far outweigh the extra time it takes to rank up. 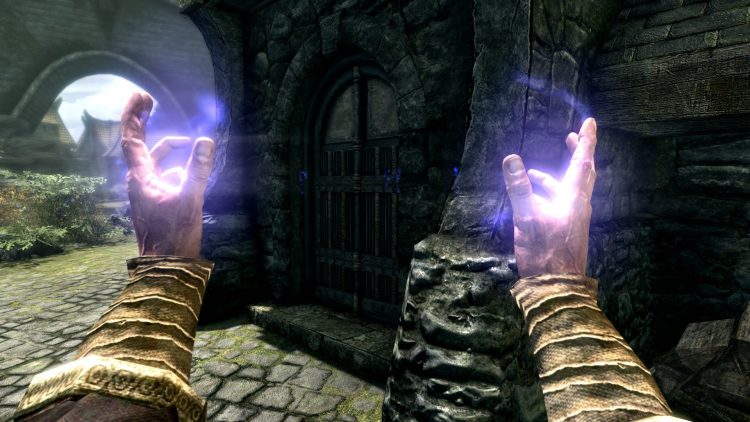 Base Magicka Cost: 100 per second

How to obtain: Reward for completing the Infiltration quest. Also sold by Tolfdir and Wylandriah after reaching an Alteration level of 50.

Casting this spell continuously will show all allied and enemy people/creatures through walls. Blue for ally, red for enemy. This’ll be your go-to Alteration levelling spell, as using it in a city will grant a ton of exp for seeing all the neutral NPCs.

In dungeons and other locations, planning your method of attack via this spell can make your life a lot easier.

Just take note, it doesn’t work on undead or machines! 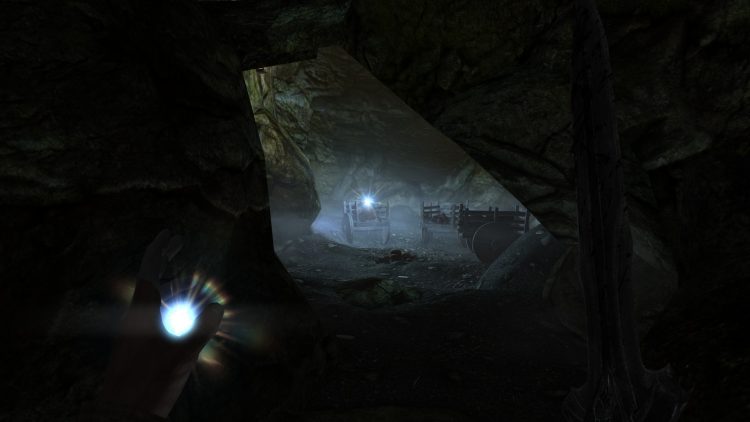 How to obtain: Tolfdir sells this spell upon reaching Alteration level 25. Faralda also teaches you to access the College of Winterhold.

A brilliant low level spell to get your Alteration skill up, Magelight produces a ball that radiates light around it, making the surrounding area visible.

Lighting has never really been a problem in Skyrim, enemies are always shown on the compass. Due to this, Magelight is only on the list for how easy it is for levelling. 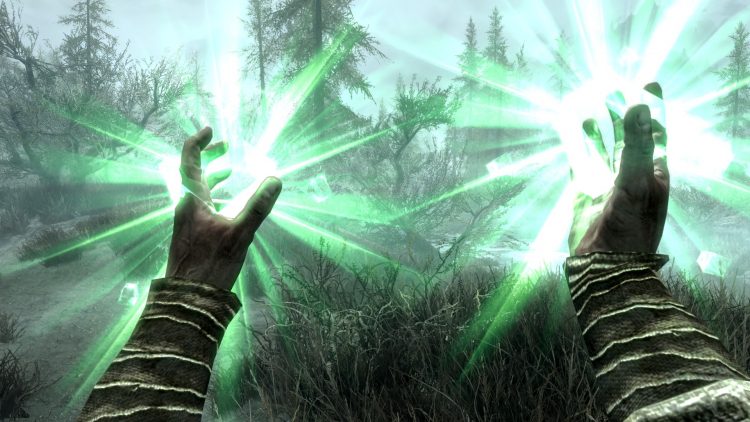 How to obtain: Found in the Halted Stream Camp & Ansilvund Burial Chambers.

Very specific to one purpose, providing no damage or utility in combat. Transmute will convert one piece of ore into a higher value piece, such as Iron Ore to Silver Ore.

Useful for a variety of reasons, mainly to increase your Alteration level and earn a ton of gold from ores that don’t really sell for much. 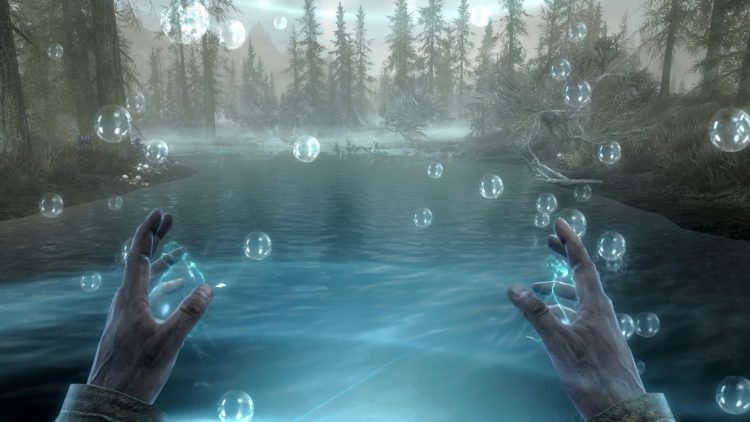 How to obtain: Sold by Tolfdir and Wylandriah after reaching an Alteration level of 50.

Casting this spell will allow you to breathe underwater for up to 60 seconds.

While specific to few uses, such as quests that require traversing through water, it grants easy access to underwater resources. Fish & ingredients are plentiful in the rivers and coasts of Skyrim. 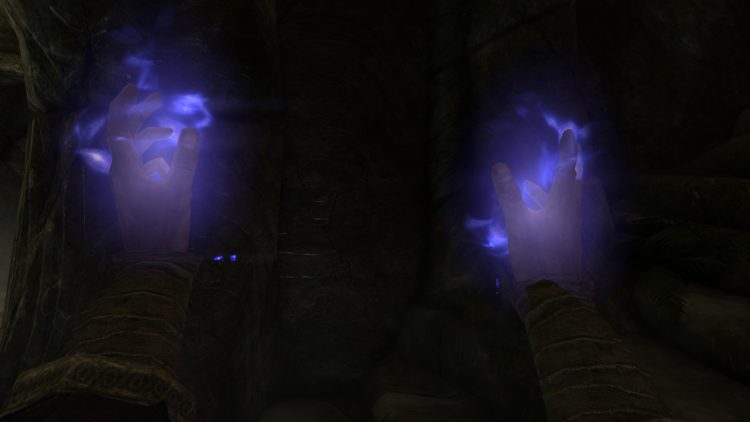 Base Magicka Cost: 148 per second

Almost exactly the same as the Detect Life spell, only with a better usage as it detects undead. Let’s face it, living creatures are considerably easy to fight but undead require far more strategy.

Additionally, it can detect dead bodies. If you’ve recently murdered a bunch of enemies, finding their corpses and obtaining that sweet loot is a lot easier. 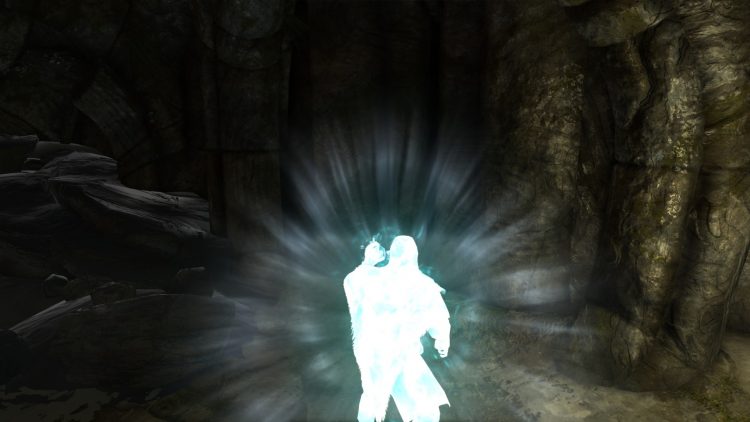 Armor is the life-blood of any Skyrim play-through, even for Dovahkiin who don’t wear it. Thankfully for mages, they have wards and Alteration spells to provide damage reduction.

Ebonyflesh provides a whopping 100 armor for 60 seconds upon activation.

Able to be dual casted to extend duration to 3 minutes, it should be casted as such before any physical fight. 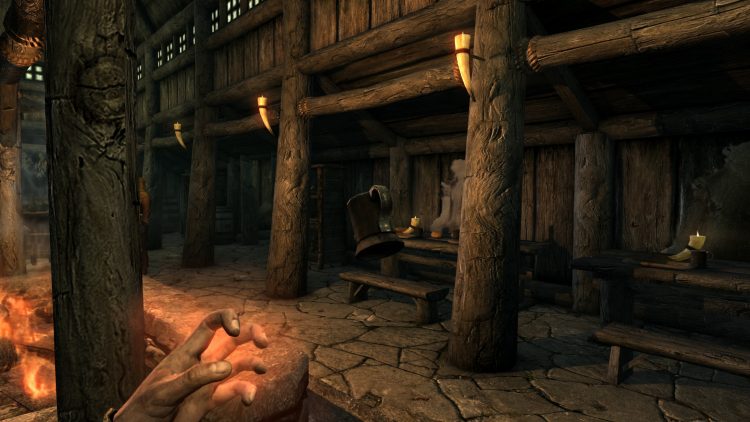 Base Magicka Cost: 170 per second

How to obtain: Sold by Tolfdir and Wylandriah after reaching an Alteration level of 40. Also found in Redwater Den.

More of a fun one, you won’t make much use of it in combat. Telekineses allows you to lift up an item from range, and fire it at an enemy, or pull it towards you to take.

While sneaking, you can use this spell to easily steal items.

In combat, throwing an item does little damage. It is hilarious to throw cheese wheels at enemies though, 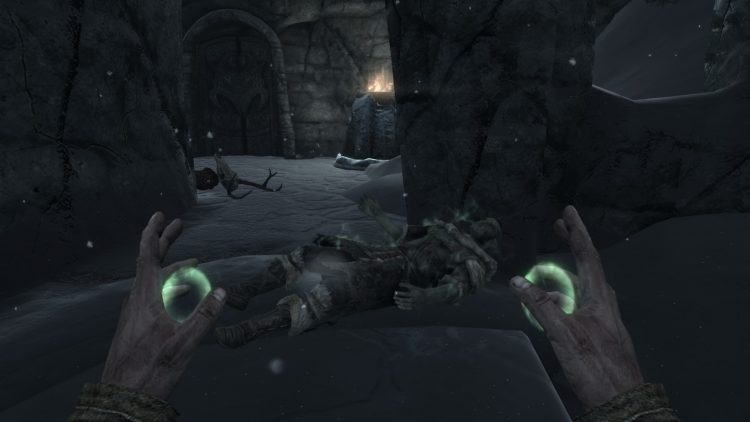 Successfuly affecting an enemy with this spell will paralyze them for 10 seconds, basically turning them into a statue. Giving you plenty of time to kill them, it’s an exceptionally powerful spell.

Many high levelled enemies can resist it though, so be careful who you cast it on. 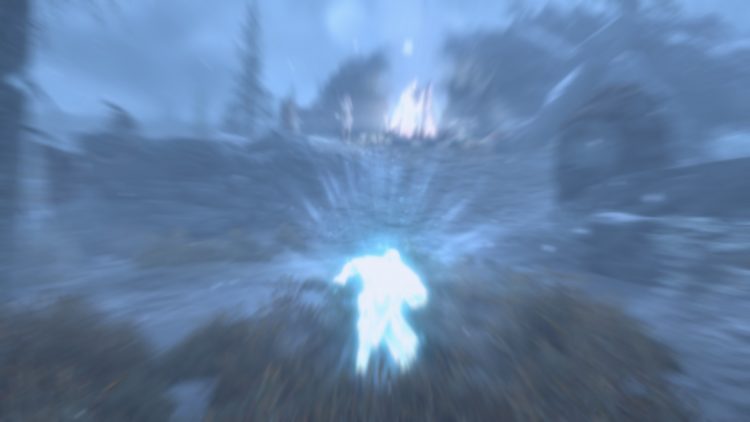 How to obtain: Given as a reward for the Alteration Ritual Spell quest if your Alteration level is 90.

One of the most crazy spells in the game, Dragonhide improves on Ebonyhide by providing an 80% damage reduction to all physical attacks.

Just 20% of physical damage is basically nothing, you’ll be almost invincible. Of course, a huge mana cost and 100 Alteration level requirements is hard to reach.

During the late-game though, when you’ve got a few skills maxed out, Dragonhide will still shine as your go-to pre-battle buff. 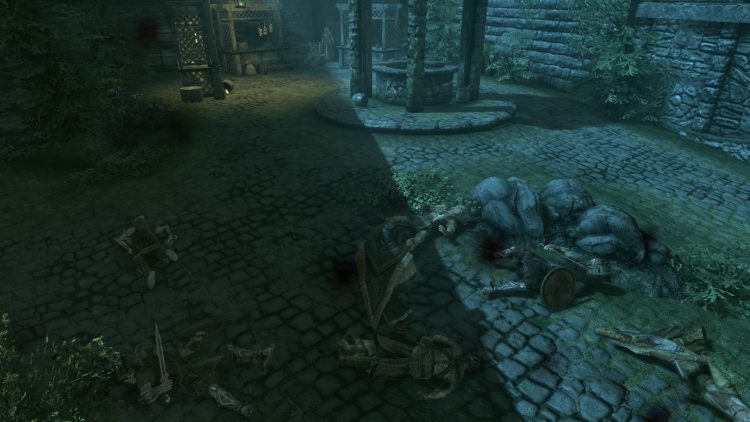 How to obtain: Sold by Tolfdir after completion of the Alteration Ritual Spell quest. Alteration level of 90 also required.

For mass CC, this spell paralyses everything within a radius around the caster. A charge-up time is required so make sure you’re not vulnerable during that time.

Note it also paralyses allies. Combining this with a Master level aoe destruction spell can wipe out entire armies in less than a  minute!