Restoration is a criminally under-rated spell tree, giving you access to healing abilities and the power to control undead. Whether you’re a warrior/mage hybrid or pure spellslinger, there’s no denying your vulnerability to being overwhelmed. Being able to heal yourself in a pinch, or turn undead creatures the other way, can be invaluable.

Levelling restoration is easy too, all you need to do is keep healing yourself or sit there fearing skeletons. Perks allow you to restore stamina, heal more and even avoid death once a day!

It can be worth taking time to level up your restoration tree, investing just a few seconds per battle can provide so much. Once you get to a high level, you’ll have plenty of restoration spells at your disposal. Knowing the ins and outs of the best spells is important, I’ll be listing the 10 best you can use! 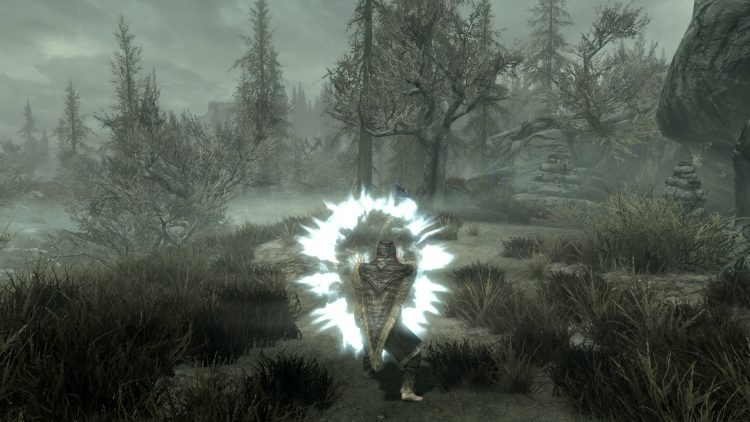 Base Magicka Cost: 58 per second

Wards are a staple of restoration spells, increasing your armor and reducing spell damage taken. Steadfast Ward increases armor by 60 while negating up to 60 spell damage. Be warned however, if the ward breaks, your character staggers for a moment.

Wards are an excellent way of levelling your restoration skill during the early stages. Simply finding a low level enemy mage and allowing them to attack you, can provide some easy power levelling! 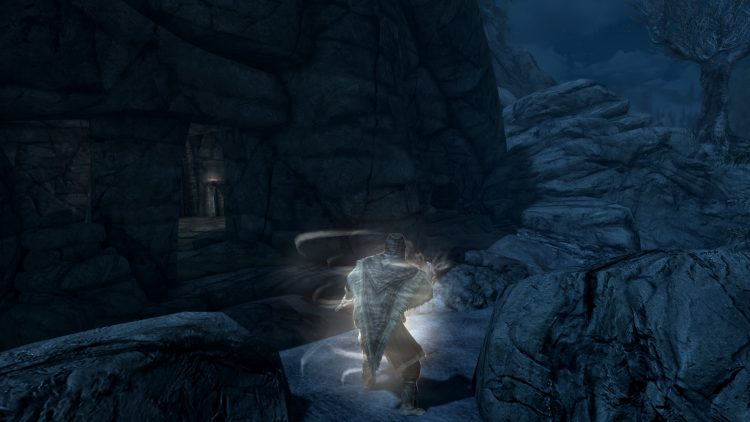 How to obtain: Find the Spell Tome in Fort Amol or Cronvangr Cave. Or purchase it from Farengar, Colette or Sybille.

Unlike the starting healing spell, Fast Healing provides a chunk of healing in one cast. A minimum of 50 health can be recovered, increased to 75 with perks. Another basic spell for levelling your restoration level, you’ll want to cast this after each battle to fully restore your health (and stamina with the perk). 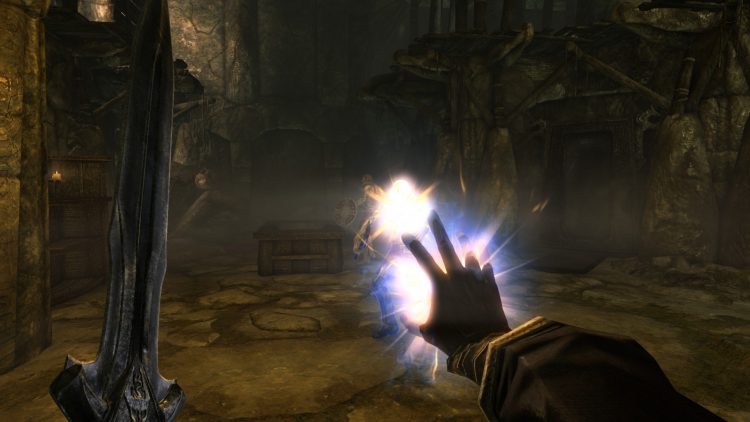 How to obtain: Reward for completing the Hunt and Gather quest. Or purchase from Colette once your restoration level reaches 70.

Forcing undead up to level 21 to flee, Turn Greater Undead is a great way of turning the odds in your favor. There’s also a few lesser versions available, known as Turn Undead and also Turn Lesser Undead for dealing with lower levelled enemies.

Undead are rarely a problem on their own but in large groups, they can get overwhelming. Just forcing a single one to retreat for the battle can save your life! 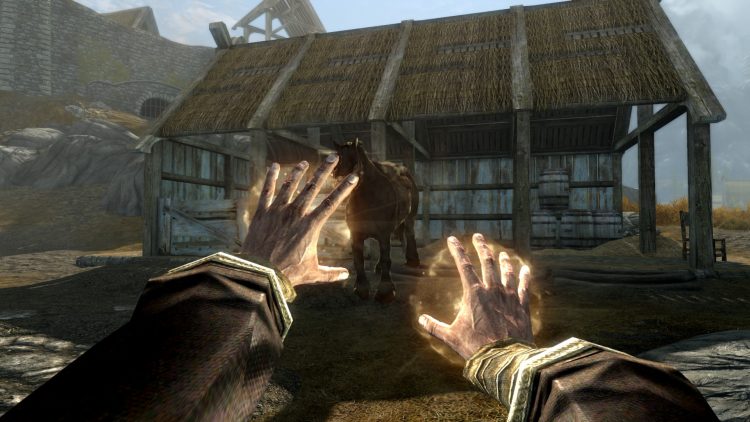 How to obtain:  Found in Labyrinthian. Or purchase from Colette.

Rather than healing yourself, Heal Other does exactly what its name suggests and heals a friendly unit.

For the easiest way to level, acquire a tanky follower and give them the heaviest armor you can find. Send them into battle and keep healing them with this spell. 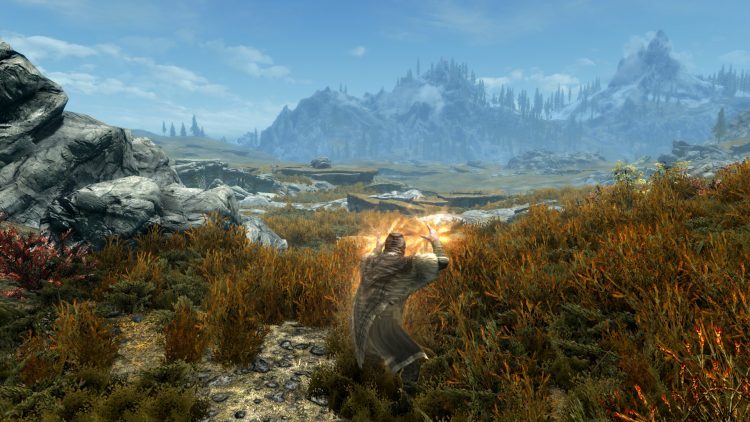 Simply an upgraded version of Fast Healing, this spell heals for double the amount. Close Wounds is another great resource for self healing and restoration levelling. Running to cover and casting it before returning to a fight is an efficient way of keeping your health pool high. 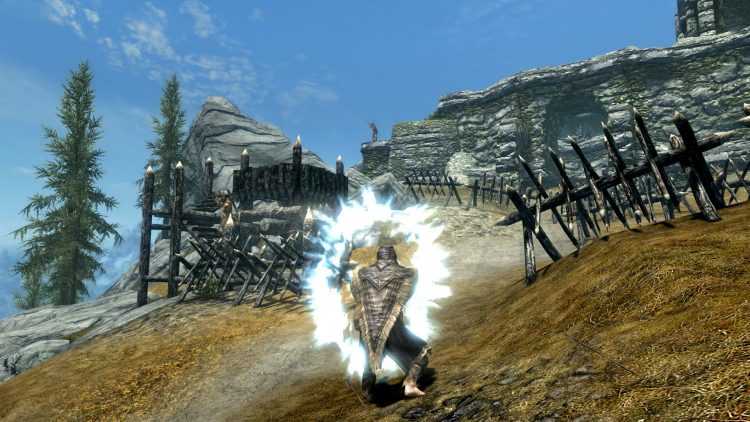 Base Magicka Cost: 86 per second

The strongest ward spell in the game, casting Greater Ward will provide 80 additional armor and block up to 80 damage from spells. Particularly effective against dragon breath attacks, it’ll significantly reduce the damage you take.

An exploit exists too, allowing you to keep your ward up with no magicka cost. I wouldn’t recommend doing this as exploits ruin the game (for me, at least) but if you’re interested, see the Exploits section on the wiki. 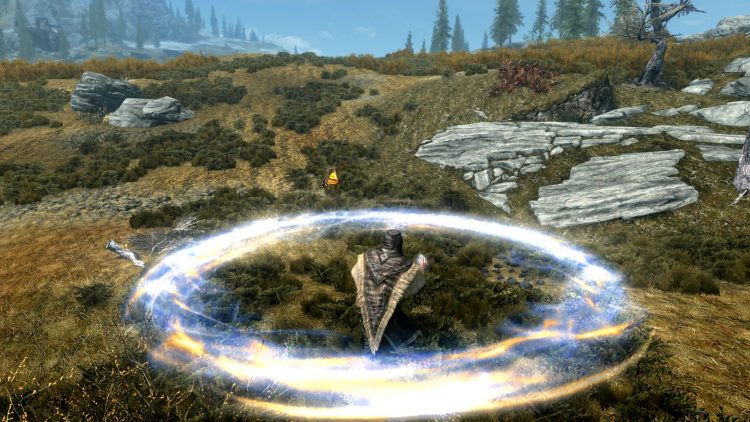 How to obtain: Purchase from Colette upon reaching a restoration level of 65. Also a quest reward from Hunt and Gather.

For fighting undead, few spells are as competent as the Circle of Protection. While it’s on the ground, any undead up to level 20 will immediately flee upon entering it.

If you have Spell Absorption enabled, you’ll regenerate huge amounts of magicka by standing in the circle. Such usefulness is incredible, keeping your magicka level topped up throughout fights.

3. Bane of the Undead 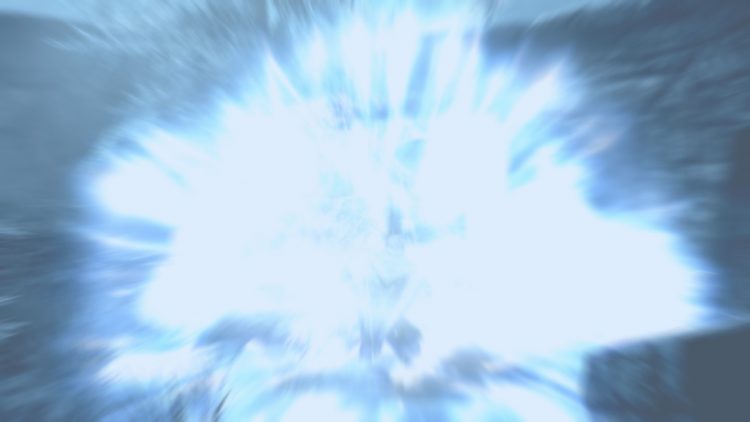 How to obtain: Complete the Restoration Ritual Spell quest given by Colette.

A charge up spell that requires 2 hands. Bane of the Undead is a one-time nuke that sets all undead up to level 44 on fire and forces them to flee. Crypt exploring becomes a breeze with this spell unlocked, simply use your wards and healing to get all undead to follow you, before casting this for a supernova attack.

It being third is for overall usefulness as a restoration spell. Only effective against undead means you won’t use it against bandits, dragons and other creatures. Having the highest base mana cost of any restoration skill doesn’t help either! 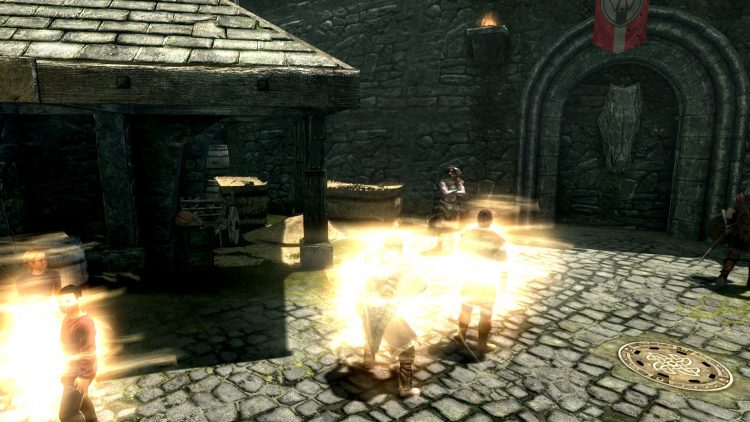 How to obtain: Purchase from Colette upon reaching a restoration level of 70. Also a possible quest reward from Hunt and Gather.

In terms of healing, no other spell out-puts such a high amount in one cast. Everyone nearby, including the player, is instantly healed for 200 points. You and your follower will be nigh unkillable if you have this spell.

Getting used to the range can be troublesome but as it’s only an Expert level spell, you can move while charging it. 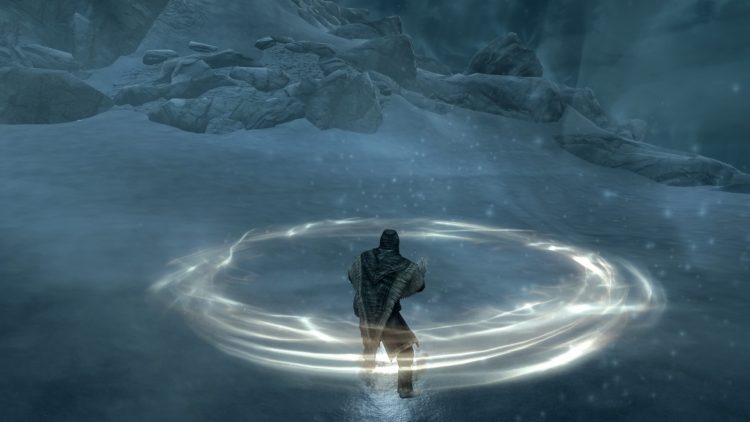 How to obtain: Complete the Restoration Ritual Spell quest given by Colette, then you can purchase this spell.

Requiring 1 or hands with a normal charge time, a Guardian Circle will last from 60 to 132 seconds, depending on if it was dual casted or not. There it will supply you with 20 health per second, as well as cause any undead of level 35 or lower to flee if they enter it.

Just be aware, the healing provided by this spell is static. It cannot be affected by any perks. However, you can combine it with Spell Absorption for a near infinite magicka supply!