Rock monsters are a fairly niche type, the Yugioh community largely ignores them as they rarely make a dent in the meta. This is a shame, I believe rock monsters have a lot to offer in terms of enjoyment, they have a ton of cool monsters and unique strategies. So this list will highlight the best rock type monsters, hopefully it will inspire more players to give them a second look.

When was the last time you actually faced a rock deck other than Magna Warriors? You’ll likely have to think back to the times of Exxod and the Sphinxs. Plenty of new rock monsters have been released since, chances are you won’t even recognise them! 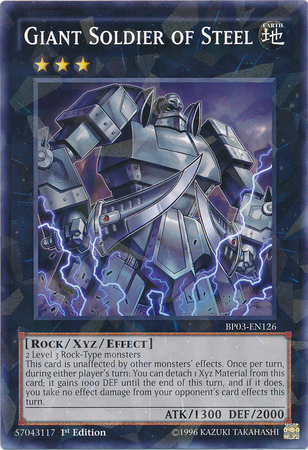 Pretty much an upgrade of Giant Soldier of Stone, the classic normal monster used by Yugi. Giant Soldier of Steel is a modernised version, a card that’s actually worth using. While it’s only viable in rock type decks, it’s a huge boon to such a deck’s defensive capabilities. It’s easy to summon and will act as a fortress until you get your other monsters out. 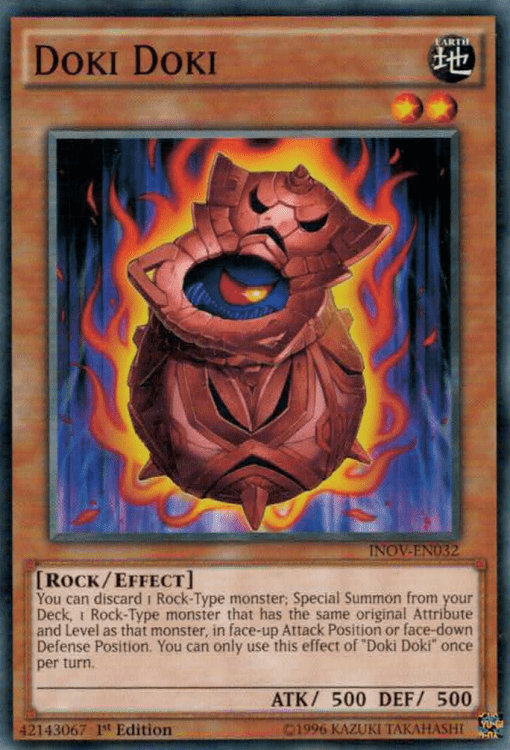 Every good deck needs a card that can either get monsters in your graveyard or out on the field. Doki Doki is the gem of rock types for this purpose, it’ll help you summon any monster from your deck if you have the right card in your hand. While it would be a lot better if it was either level 3 or a tuner, it’s still a great card to have in a rock deck. 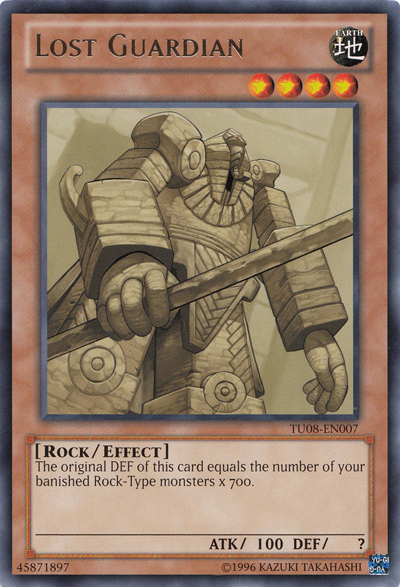 The first card to appear on the list that has been out for many years. Lost Guardian has been a mainstay in any rock deck for a while, the DEF stat can reach as far as 4000 which, for a level 4 monster, is insane. In case you didn’t know, there an abundance of cards that can banish your rock monsters with a method effective for the entire deck. It’s worth sticking at least one Lost Guardian in your rock deck!

7. Pot of the Forbidden 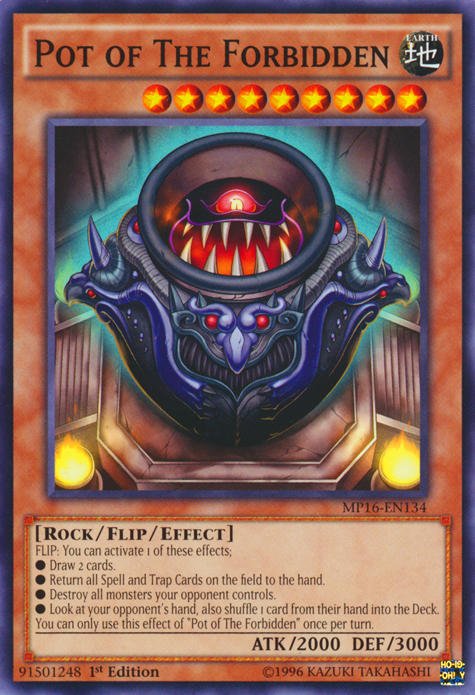 This monster is incredible when its combined with cards that help out flip monsters. It’s not just a great rock type monster, its one of the best flip monsters in the entire game. All four choices for its effect are powerful and there’s no situation where Pot of the Forbidden wouldn’t be effective. It does require two tributes to summon though, which is why its not in the top 5 of this list. 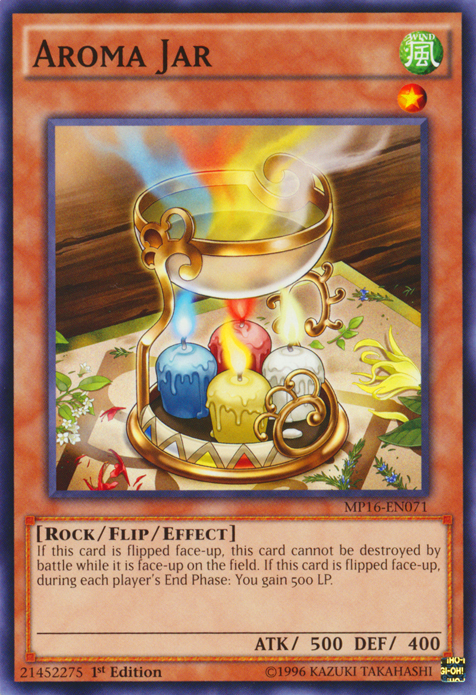 Such a simple card can make your opponent hate you, requiring them to bust out some powerful cards to get rid of it. Gaining life points in a rock deck is an amazing strategy, by the time your opponent gets through your vast defenses, it’ll take them a while to whittle down your life points. Aroma Jar is invaluable in this regard, providing both defensive power and an effect that gives you 500 LP every single turn. 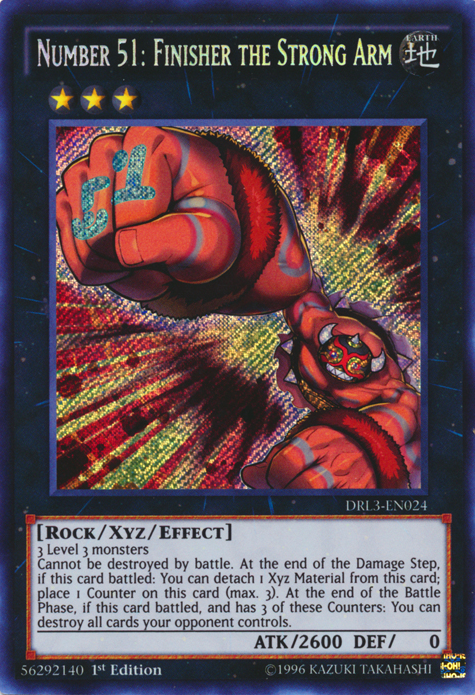 Finally, a rock monster that can attack!

Well, it can attack because it’s not specific to rock monsters, it’s simply a good rank 3 XYZ monster overall. That doesn’t mean its bad in a rock deck though, Finisher the Strong Arm is perfect for such a deck. The great thing about rock decks is your opponent will not see any kind of aggression coming, so you can stall your way through a duel, only to summon this monster and attack. If you’ve stalled well, they’ve likely ditched their defensive cards as they believe them to be useless, giving you a perfect opportunity to go on the offensive. 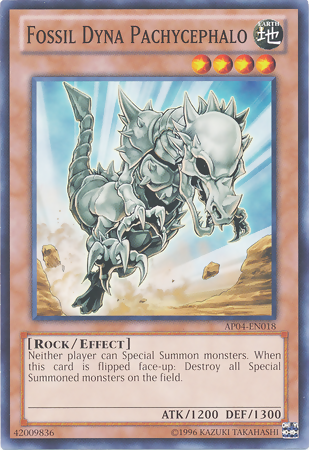 With a low ATK & DEF stats, this monster won’t last long on the field but it can shut down your opponent’s strategies during that time. Of course, it does prevent you from special summoning as well but if you use this monster correctly, that won’t be a problem. Nowadays, everyone loves to summon their big boss monsters during the first few turns and this card makes sure you can set up your stall. 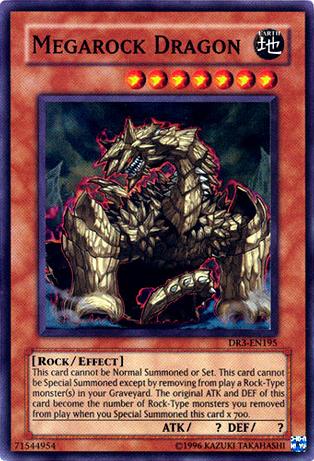 The legend itself, Megarock Dragon had to make the list. It was the only viable attacking rock type monster for many years and is still a good choice today. While it lacks any kind of negation effect, the sheer firepower it can bring makes up for it. Just 5 rock monsters in your graveyard is all it needs to get 3500 ATK/DEF, such potential is unrivalled and it definitely deserves to be in the top 3 of this list! 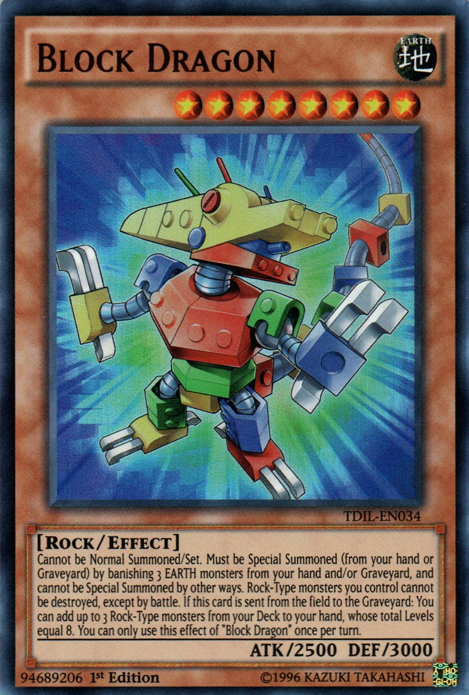 Block Dragon will be the bane of any opponent who dares encounter it, it’s easy to summon, fills your hand with monsters (if destroyed) and it has the ability to come back time and time again. I’m thankful this was released, the rock type could do with as many boss monsters as it can. There are plenty of cool strategies you can pull off with this card, particularly if you base the deck around banishing/returning banished cards. 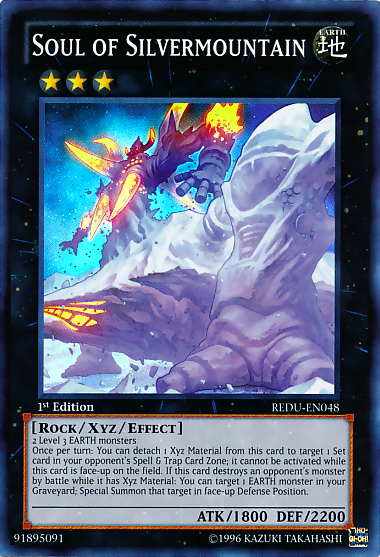 It’s not be as strong as others on the list while its on the field but its accessibility and versatility make it the best rock type monster by far. You have so many options, it’s reliable to summon and it possesses very good ATK & DEF stats for its rank. You should have no problem getting one or more Soul of Silvermountain on the field, it’ll be a considerable game-changer and contribute heavily to your victory aspirations.