With so much focus on weapons and armor, rings and other jewellery pieces are often under-valued. I’ve seen many players keep the same ring for many hours of their playthrough, setting aside those that would be an improvement. It’s even rarer to find players who understand the importance of rings and go out of their way to seek the best ones.

If you’re one of those players, this list is for you. I’ll be detailing the 10 best rings in Skyrim, telling you their usefulness and how to get them. So many methods exist for getting a good ring, any player will make use of this list!

Mods exist to allow you to equip more than one ring by the way. EK_RingLimiter is my recommended one. 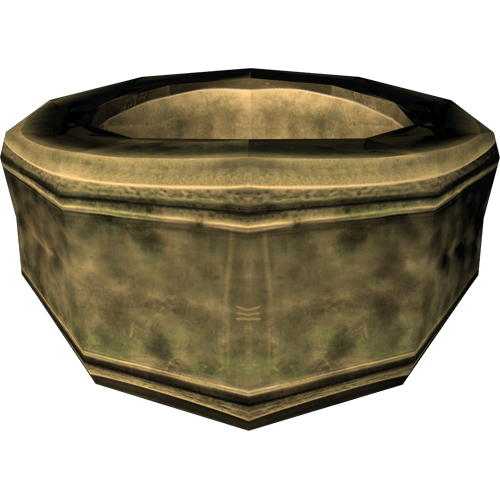 How to get: Speak to Frida, who will instruct you to retrieve the ring. It can then be bought from her.

Completely specific to Alchemy, the Ring of Pure Mixtures will boast the prowess of created potions by 12%. Most players don’t bother with alchemy, it can be quite boring, especially scavenging supplies. If you take some time to pick up ingredients on your travels, you can end up with a ton of resources to produce potions and poisons with.

Boosting the power of potions can actually be game-changing, keeping your inventory topped up with all kinds of ailments. 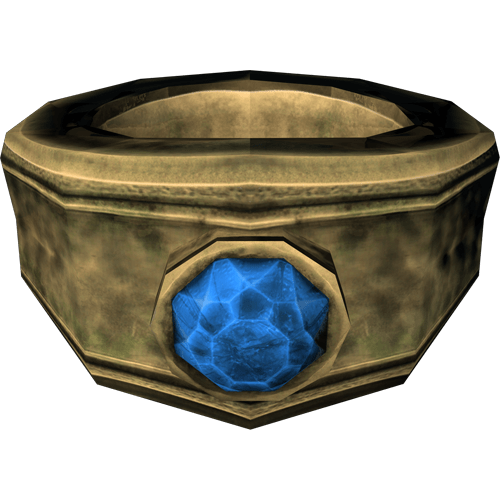 How to get: Found in Kolbkorn Barrow during the Unearthed quest.

Synergizing perfectly with Conjuration, Ahzidal’s Ring of Necromancy boosts your necromancer combat capabilities. Reanimated/resurrected corpses explode for high damage upon being struck while this ring is equipped. The Ritual Stone partners well with this too, as it can resurrect as many corpses as are in range! 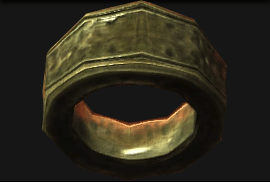 How to get: You can find 3 of them during the quest Under Saarthal.

Nice and simple, the Enchanted Ring provides a small health boost of +20. It can of course be disenchanted to learn the Fortify Health enchantment. No matter your play-style or character build, health is always useful, making this entry a great early pick up. 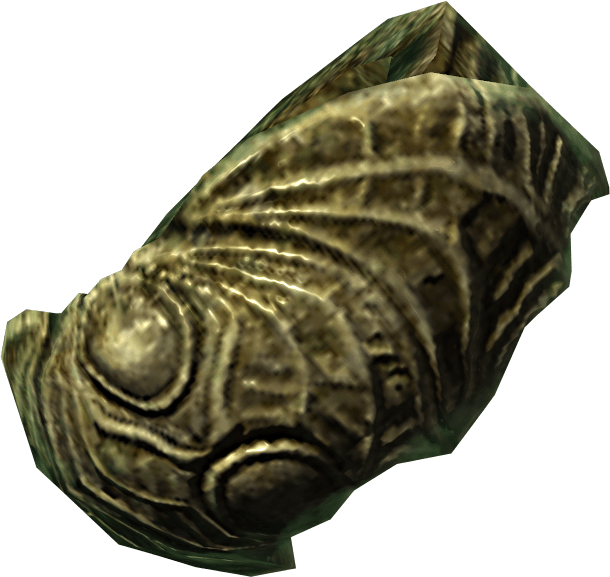 How to get: Complete the Taste of Death quest by talking to Eola in the Hall of the Dead.

A daedric artifact, increasing Stamina by a whopping 50 points. Additionally, it grants the ability to feed off corpses for a health boost of 50 and 50% bonus health regeneration for 5 minutes. Such a huge stat boost makes you far more effective, both in combat and general travelling.

Just be aware, feeding on corpses will put a bounty on you, if in the presence of a hold guard. 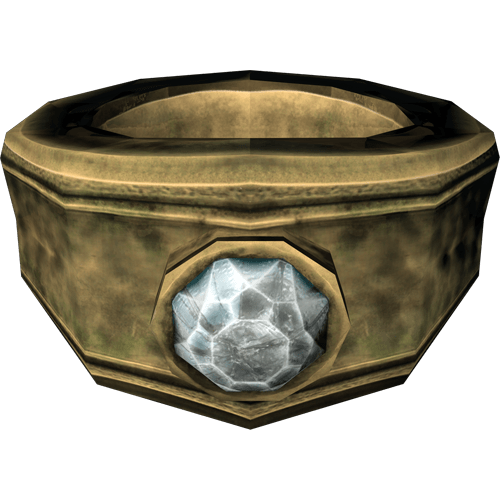 How to get: Found in Kolbkorn Barrow during the Unearthed quest.

Mages rejoice, this ring adds two new powerful spells to your arsenal when equipped. Access to Ignite and Freeze is granted, which are high damaging, low magicka cost spells in relation to other spells of the same damaging amounts.

Weirdly enough, equipping this ring to a follower will sometimes allow them to use said spells. Even if they’re not usually a spellcaster! 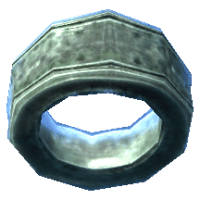 How to get: Complete the Mourning Never Comes quest for the Dark Brotherhood.

Almost identical to the number 10 entry, Muiri’s Ring boosts the power of created potions by 15%. Just a bit more than the other Alchemy based ring, it’s still well worth obtaining and equipping whenever you craft a potion.

In terms of acquisition, not all players may be able to obtain this ring which does suck. If you can though, it’s one of the most useful in the game!

4. The Bond of Matrimony 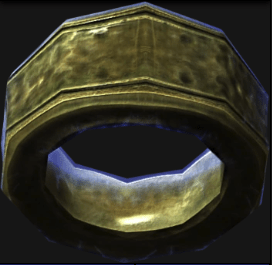 How to get: Given to you and your spouse upon getting married

One of, if not the easiest ring to obtain on this list. The Bond of Matrimony reduces the magicka cost of Restoration spells by 10%. It doesn’t sound like much but during prolonged fights, it all adds up.

You can disenchant this item but don’t be tempted to. No other item can accept the enchantment so you’d just be wasting a perfectly good ring. 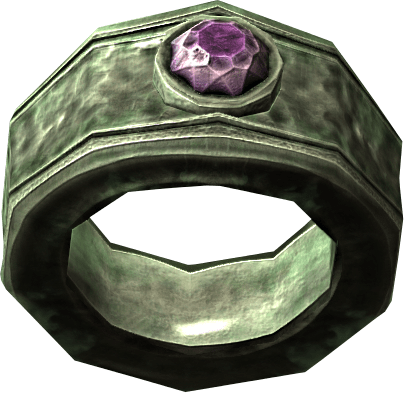 How to get: Complete the Dark Brotherhood quest Recipe for Disaster.

Increasing Sneak competence by 10% and reducing Destruction magicka costs by 10%, Nightweaver’s Band is the one and only ring for characters that make use of both.

For those who use neither, it’ll at least sell for a modest amount of gold. 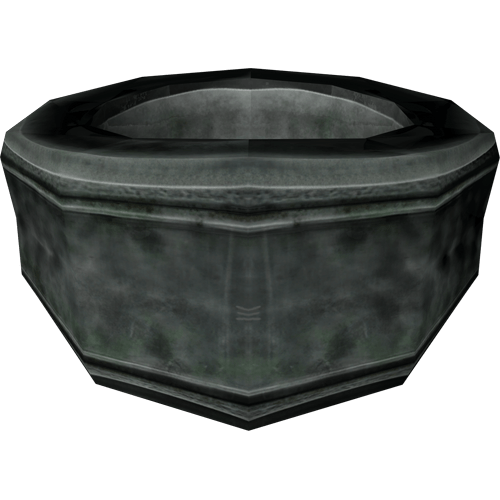 How to get: Find any ring and take it to an enchanting table.

Enchanting is one of the best ways to improve your equipment, you can fine tune every item to your exact wants and needs. Of course it can be quite tedious and you’ll end up with hundreds of useless, low level enchanted items but late-game it’s so worth it. You can even enchant a ring with Water Breathing.

None of the previously mentioned rings can compare to a rank 100 enchanting Dragonborn’s produce. Here are a list of the different enchantments that can be added to rings (they all Fortify/boost power):

1. Ring of the Erudite 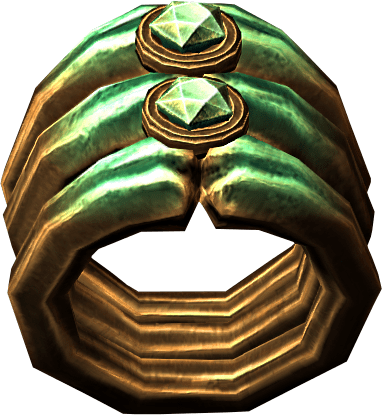 How to get: Only found in the world if you choose to become a Vampire Lord during the Bloodline quest-line.

So there are many obstacles to overcome to obtain and wear this ring.

Technically a DLC ring so if you don’t own Skyrim Special Edition or the Dawnguard DLC for the base game, you won’t have access to the Ring of Erudite. 99% of players do have access though.

Also, the in-game acquisition requires specific lifestyle choices. Then there’s a list of places you can find it in the outside world, as random loot. See the wiki page for possible locations.

If either of these are a problem, just work on enchanting a ring yourself!

Getting your hands on the Ring of Erudite will massively increase your magicka regeneration, as well as increase your total magicka by an insane 100 points. No other ring will fit a mage so much!