Like their performance in all other games, daggers are a slashing weapon, capable of attacking rapidly in close quarters. In RuneScape, they also have a small magic attack bonus for a little bit of variety. Members can also add poison to their daggers, further increased their potency in combat.

Overall though, scimitars have the same attack speed of daggers but with higher damage bonuses. It’s recommended to use them for maximum efficiency but if you have your heart set on daggers, feel free to use them! 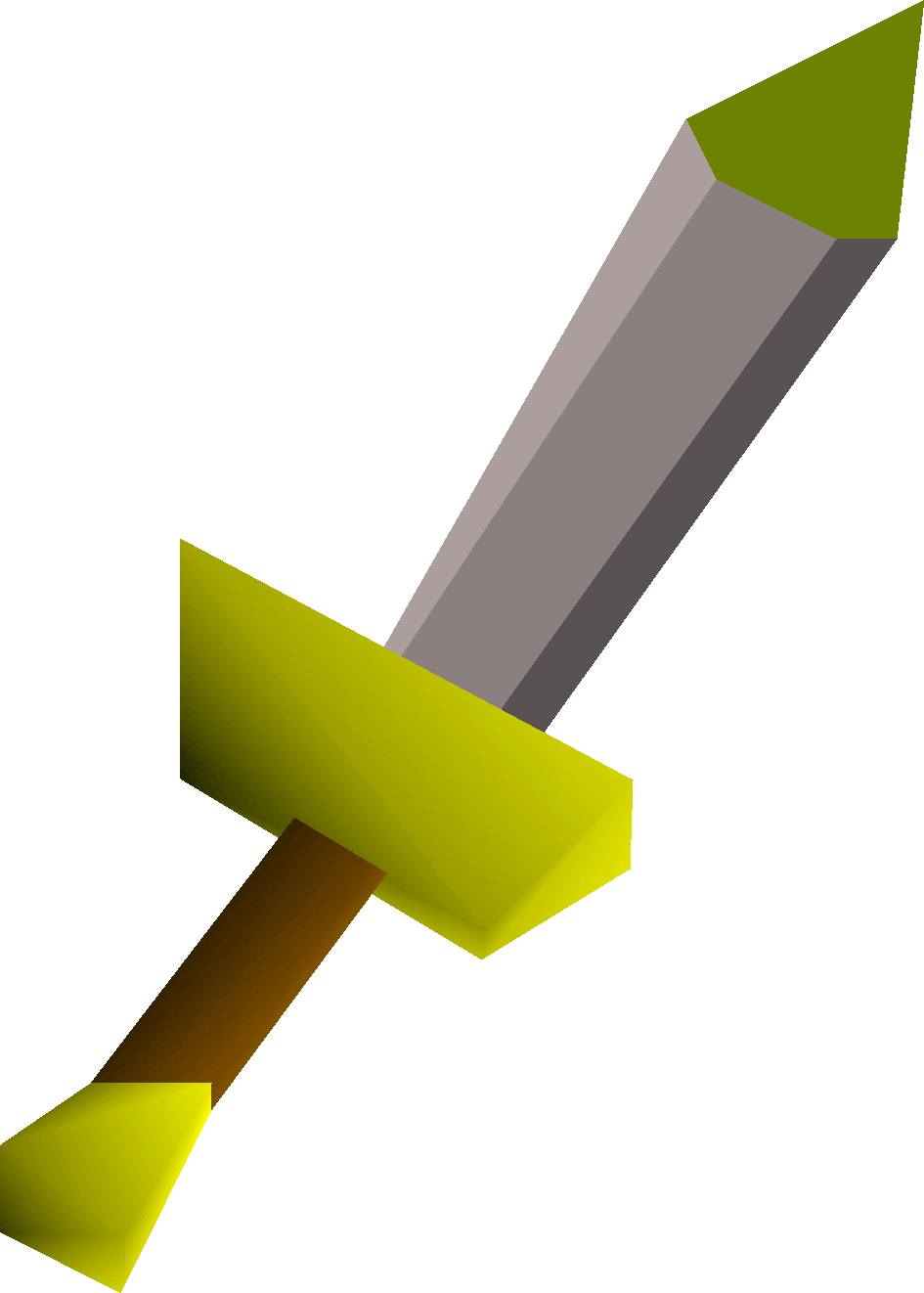 Only the 3rd worst dagger in the game, steel daggers will be used at lower levels as its attack requirement is incredibly low. Easily obtainable, this dagger variant will be a reliable choice during your early adventures!

How to obtain: Craft with a Smithing level of 30. Buy from the Varrock Swordshop or Grand Exchange. 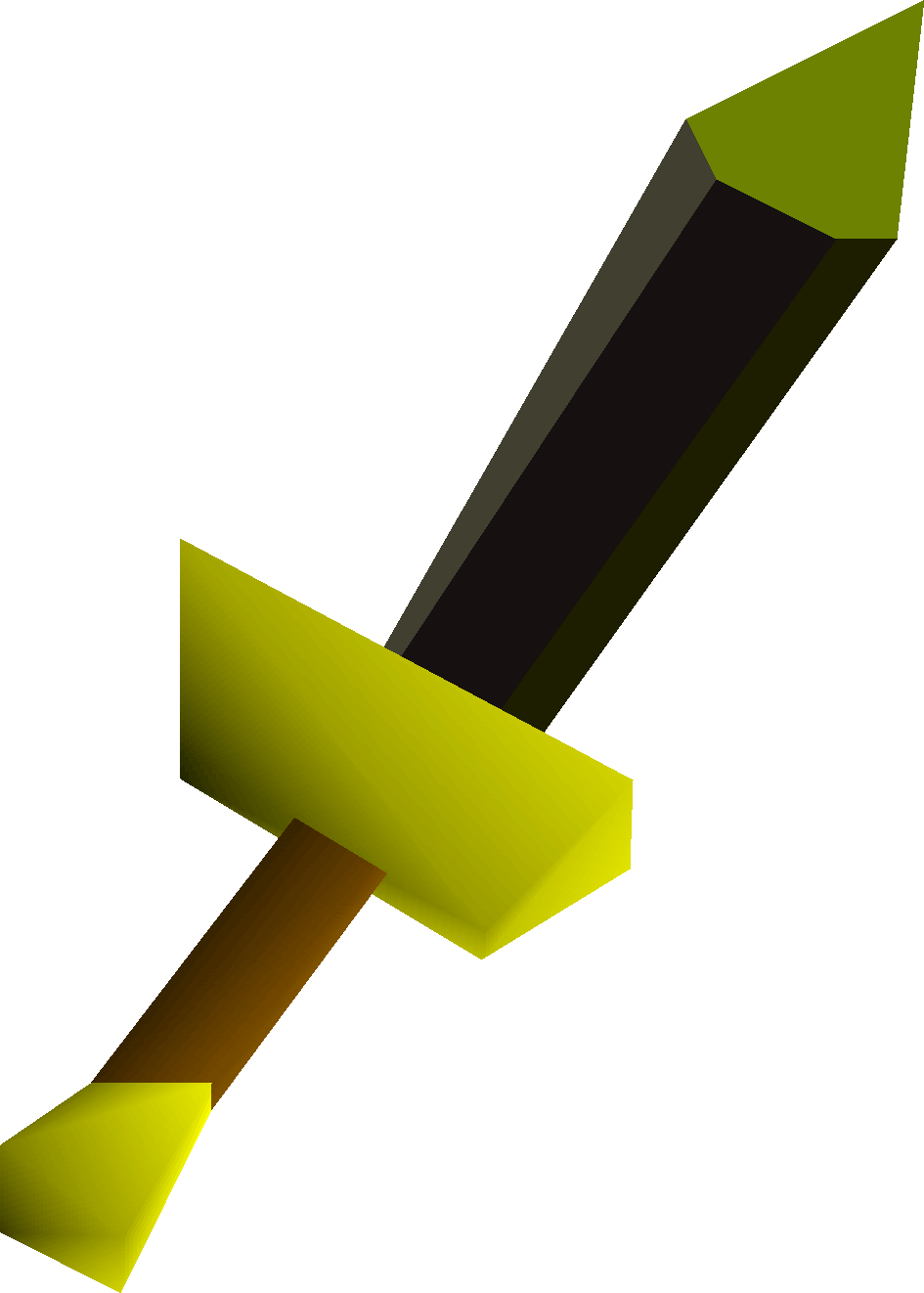 Providing slightly higher stats over the previous entry, the black dagger is the next step up. You can also keep an eye out for a white dagger, although it’s much harder to obtain.

How to obtain: Buy from the Varrock Swordshop or Grand Exchange. Dropped by Cyclops commonly. Also a possible reward from Treasure Trails. 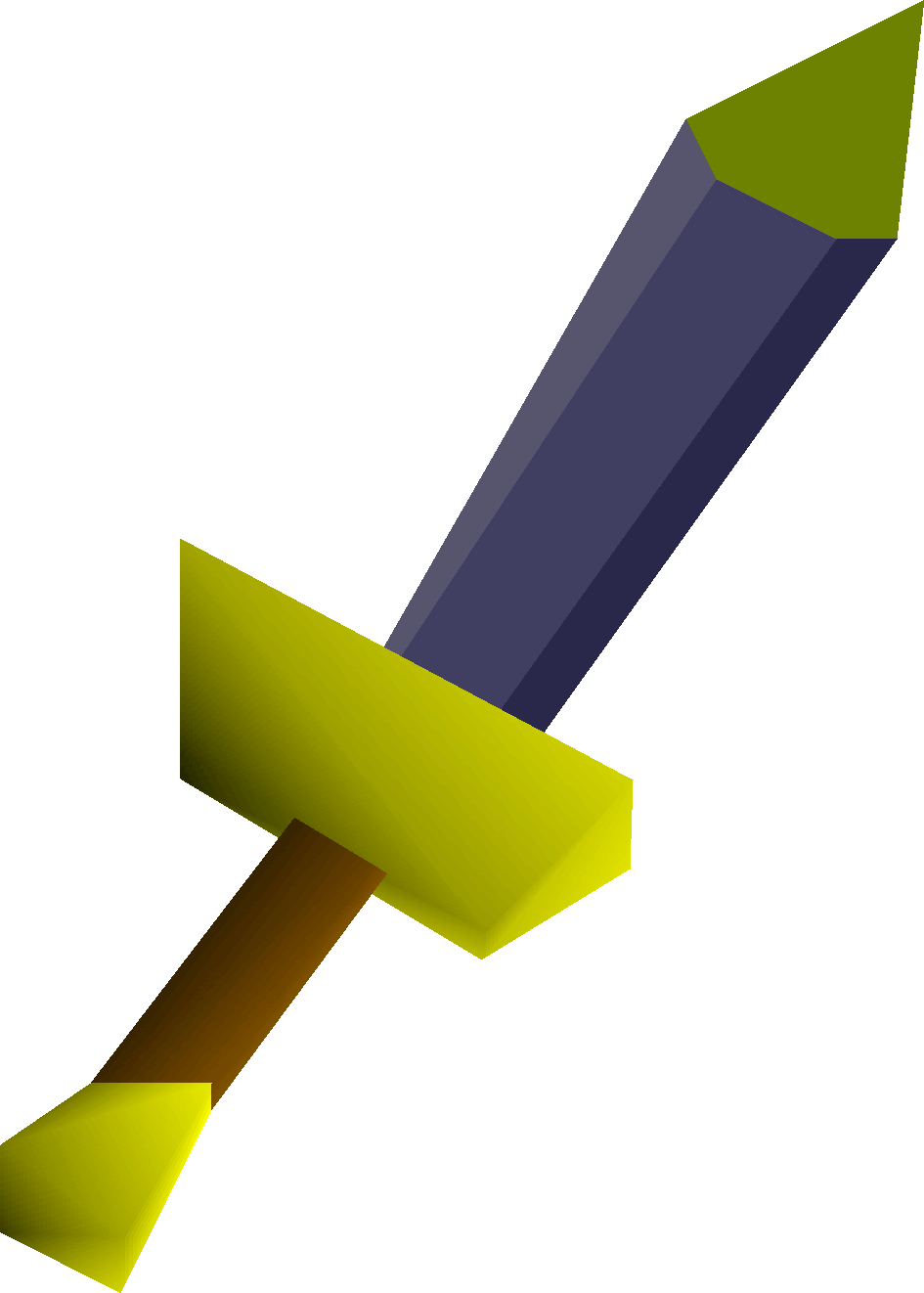 Offering some decent bonuses, the Mithril dagger will serve you well. Costing just a few pennies, obtaining this dagger will allow you to maximise your DPS as you progress through your attack level.

How to obtain: Craft with a Smithing level of 50. Buy from the Varrock Swordshop or Grand Exchange.

Providing the same stats the Mithril dagger, Wolfbane is a unique weapon, sporting a cool appearance. Being one of just 3 daggers in the game to offer a Prayer bonus is nice too!

Unfortunately, this dagger can’t be poisoned but overall, it’s a collectible item for sure.

How to obtain: Reward from the Priest in Peril quest. 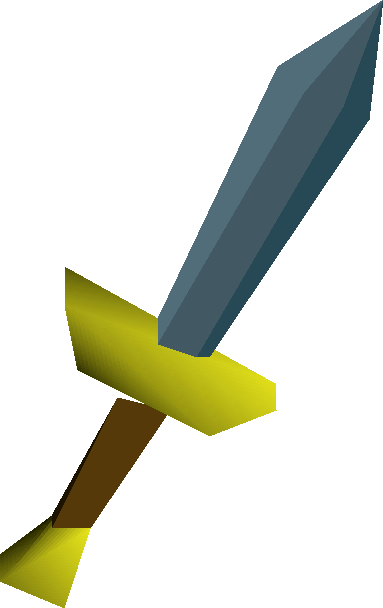 Finally, we’re starting to get the good daggers. Particularly the Rune version, providing some nice stats to help acquaint yourself with the higher levels. Retaining a small asking price, you’ll certainly need to get a Rune dagger on your journey.

How to obtain: Craft with a Smithing level of 85. Buy from the Grand Exchange. 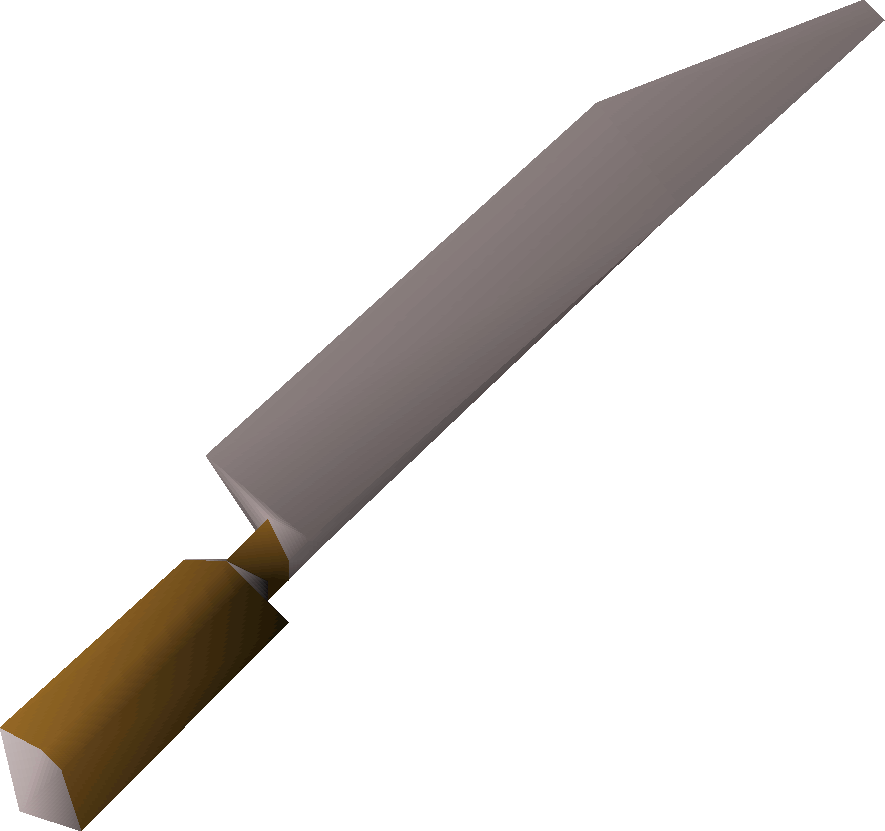 One of the more bizarre entries on this list, a Kitchen Knife shouldn’t be as powerful as a proper dagger but it is. To even wield this weapon, 8 subquests of Recipe for Disaster must be completed.

Despite having identical stats and being harder to obtain, I placed the Kitchen Knife above the Rune Dagger due to its unique aesthetic.

How to obtain: Buy from the Culinaromancer’s Chest or the Grand Exchange. 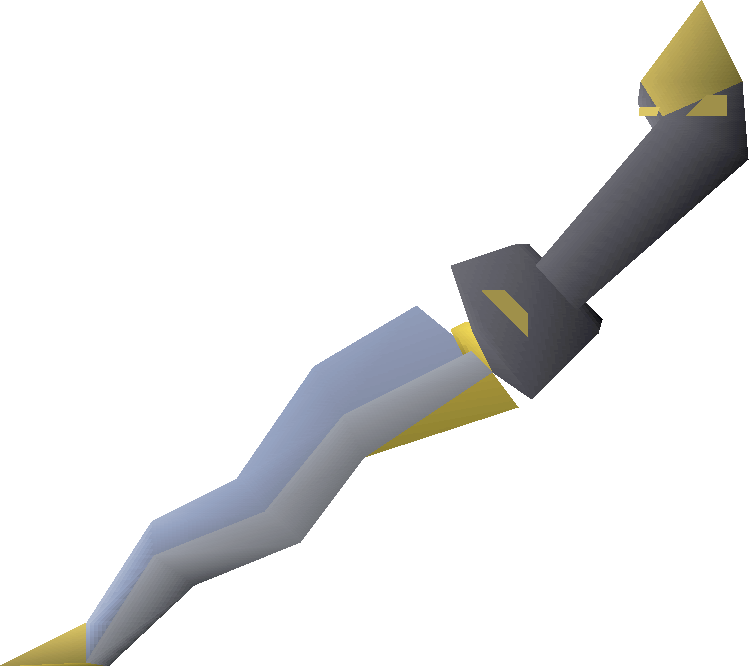 This dagger has a multitude of special purposes, with the main one dealing 33% extra damage when fighting against Kalphites and Scabarites. Weirdly enough, it has also prayer and even additional magic attack/defense bonuses!

How to obtain: Defeat the Giant Scarab during the Contact! quest. 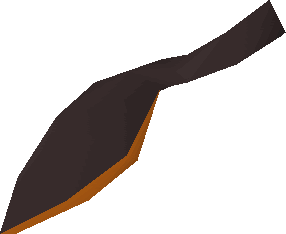 Not a full on dagger, yet it’s treated as such by the game. Toktz-Xil-Ek sacrifices stabbing power for slashing bonuses, as well as having no crush bonus penalty.

Additionally, if you’re wearing have a Berserker Necklace, the damage this dagger provides is increased by 20%!

How to obtain: Costs 37,500 Tokkul at the weapon shop in Mor Ul Rek. TzHaar-Xil also has a rare chance of dropping it. 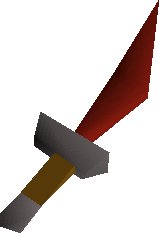 It really is hard to believe how cheap this item is, so much so that the RuneScape community have a soft spot for it. Such a high damage output compared to its price is crazy!

The Dragon dagger has a special attack called Puncture. This allows you to consume 25% of your special attack energy to hit twice with increased accuracy.

Completion of the Lost City quest is required to wield this dagger.

How to obtain: Purchase it from the Grand Exchange, Rasolo the Wandering Merchant or Jukat. A multitude of monsters have this item as a potential drop too, see the full list on the wikia.

No other dagger matches this weapon’s effectiveness in combat, as it gives you some pretty incredible stat bonuses.

Abyssal Puncture is its special attack, hitting twice quickly for 25% increased accuracy, but 15% reduced damage and consuming 50% of your special attack energy.

With a price much higher than every dagger on this combined, the Abyssal Dagger is undoubtedly the best weapon of its type in the game!

How to obtain: Buying it from the Grand Exchange is the only guaranteed way. Otherwise, Abyssal Demons have a tiny chance of dropping it.