Considered one of, if not the best weapon for melee training, Scimitars are an exceptional weapon type in Old School RuneScape. What they lack in defensive bonuses, they make up for in attack speed, as well as slashing and stabbing damage.

Players tend to value this weapon type over others like daggers and longswords. The combination of attack speed and damaging stats is just too good to pass up, especially when you’re trying to power-level.

So you now know how important Scimitars are, but do you know which Scimitars to look out? To help you out, here’s the 10 best Scimitars in the game!

All Scimitars have a Crush Bonus of -2 and a Slash Defense of 1. 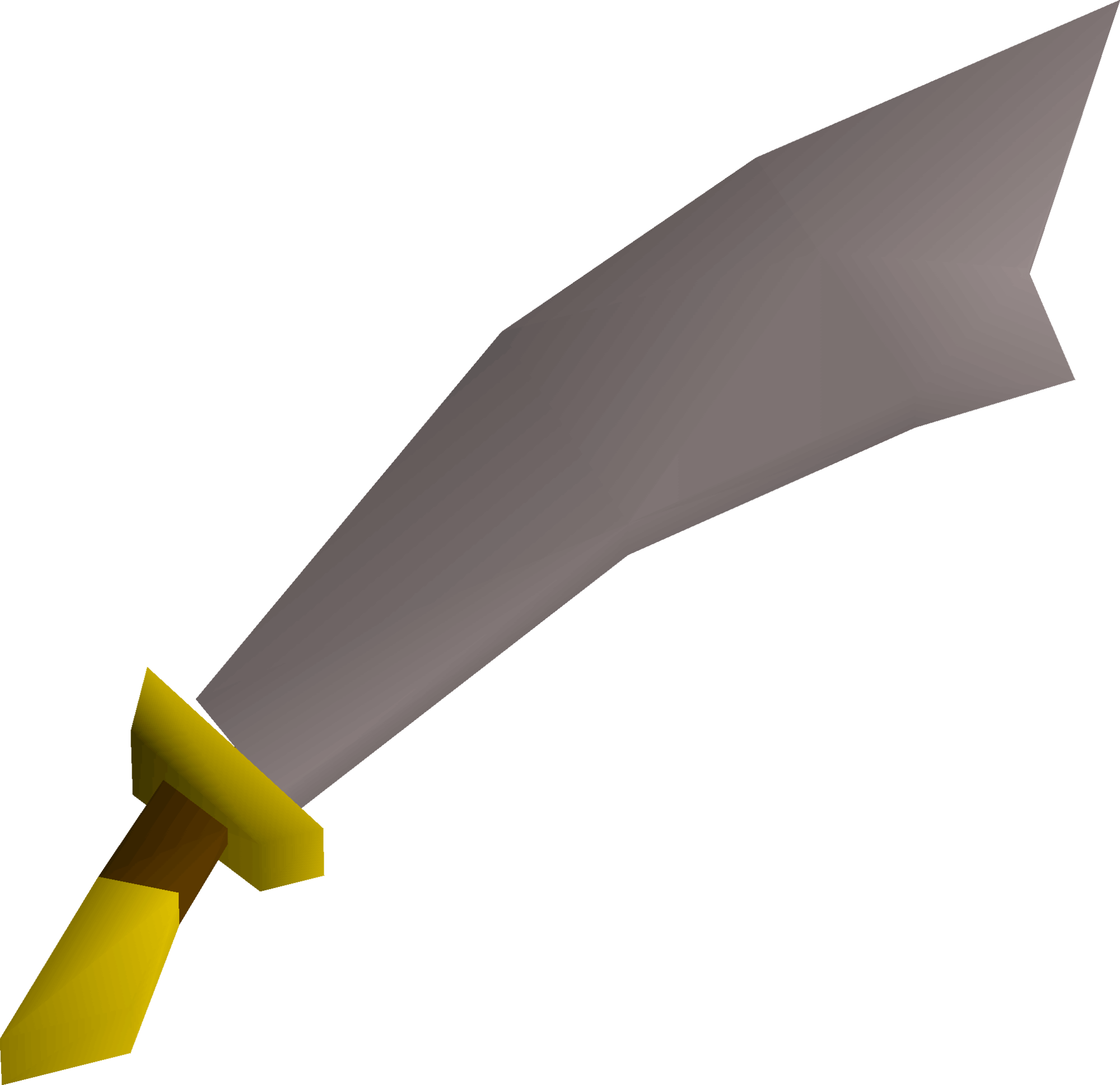 Don’t look at this Scimitar as the 10th best, see it as the 3rd worst. At very low levels, it’ll be your go-to weapon to train your attack skill. Low damage stats mean you’ll want to move on as soon as possible though. It won’t take you long to reach the attack requirement for the next Scimitar!

How to obtain: Craft it with a Smithing level of 35. Buy it from the Grand Exchange or Zeke’s Superior Scimitars. 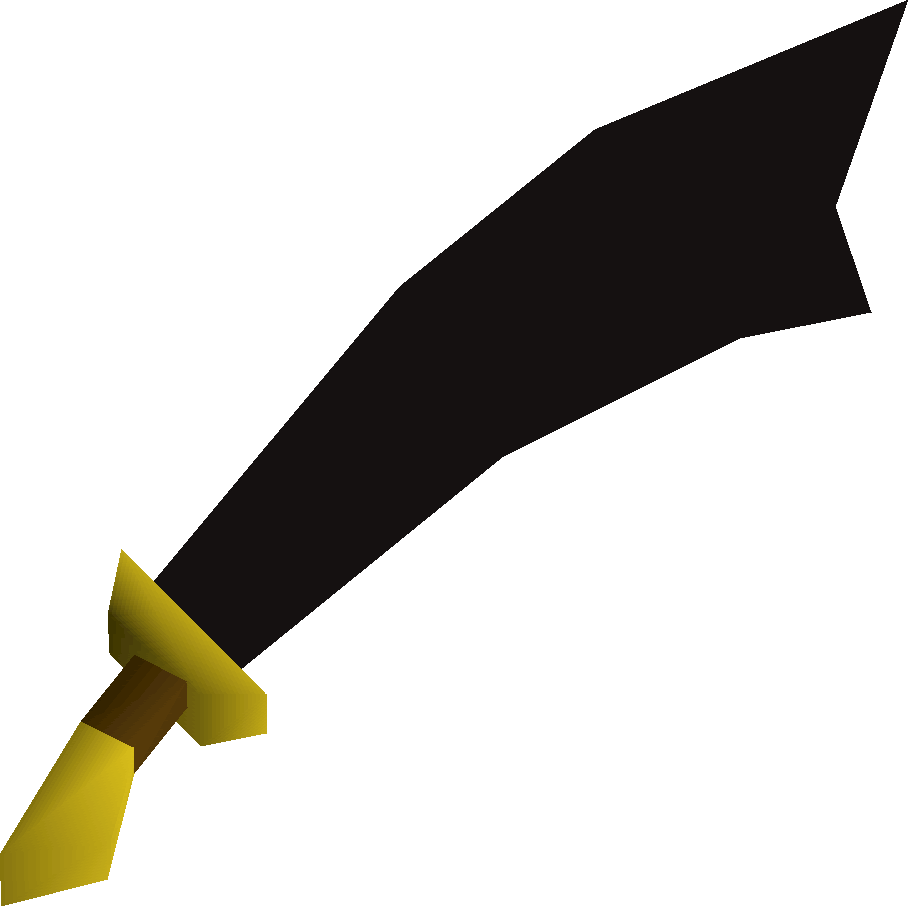 With a puny attack requirement, you should use the Black Scimitar as soon as you can, especially as its so cheap to acquire. 4 extra slash bonuses over the previous entry doesn’t sound like much but during early levels, it makes a huge difference!

How to obtain: Gangsters and Gang Bosses drop this Scimitar. Also found in King Lathas’ Castle, requiring a thieving level of 61 to access. Or buy it from the Grand Exchange. 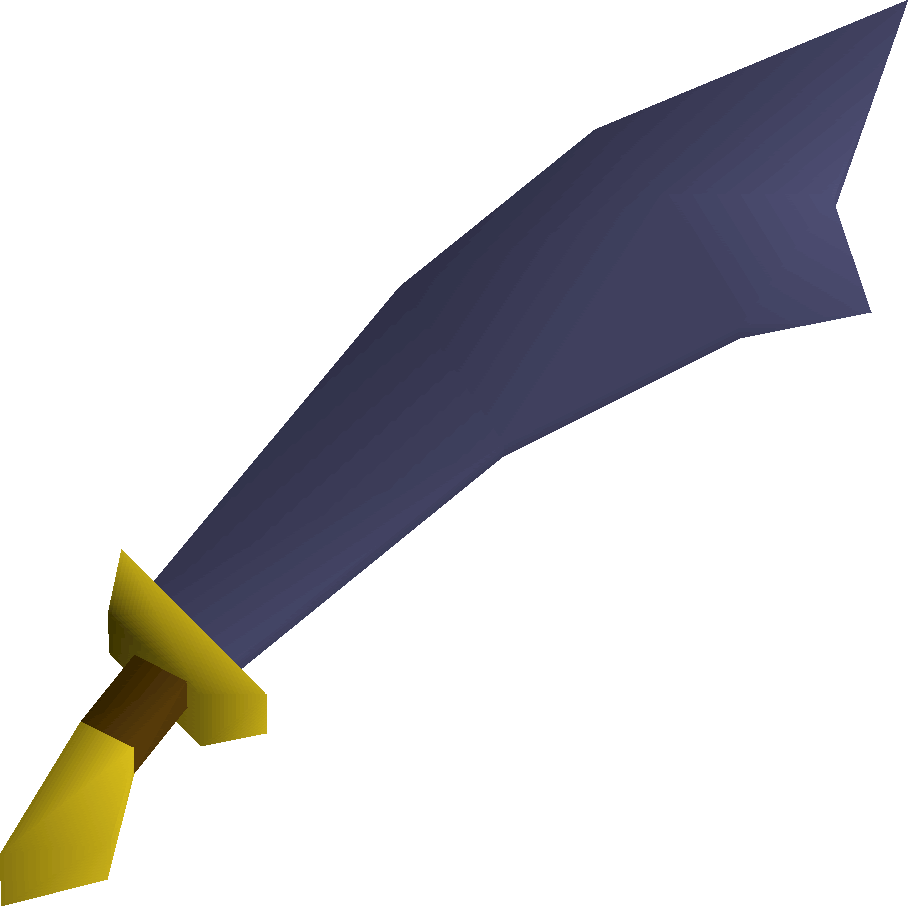 A severe lack of stab/slash bonuses are made up for in strength. The Mithril Scimitar is a strong weapon for an attack requirement of 20, and is also extremely cheap so obtaining it is easy. As you’re leveling your melee skills, this Scimitar will no doubt be used for a while!

How to obtain: Craft it with a Smithing level of 55. Buy it from the Grand Exchange, Daga’s Scimitar Smithy or Zeke’s Superior Scimitars. Can also be found in a Mystery Box. Vampyre Juvinates drop this item quite a lot as well.

One of the more unique Scimitars, the Starter Sword is technically a shortsword but its classed as a Scimitar, with the exact same stats as the previous entry. No doubt you’ll stand out among others with this weapon.

It has no level requirements to wield, so obtaining one can allow you to power through early melee skills easily. A huge downsize is its inability to be used in PvP but that’s fine overall, you just want to use this to level up.

How to obtain: Acquire a melee crate during the seasonal Deadman Mode. 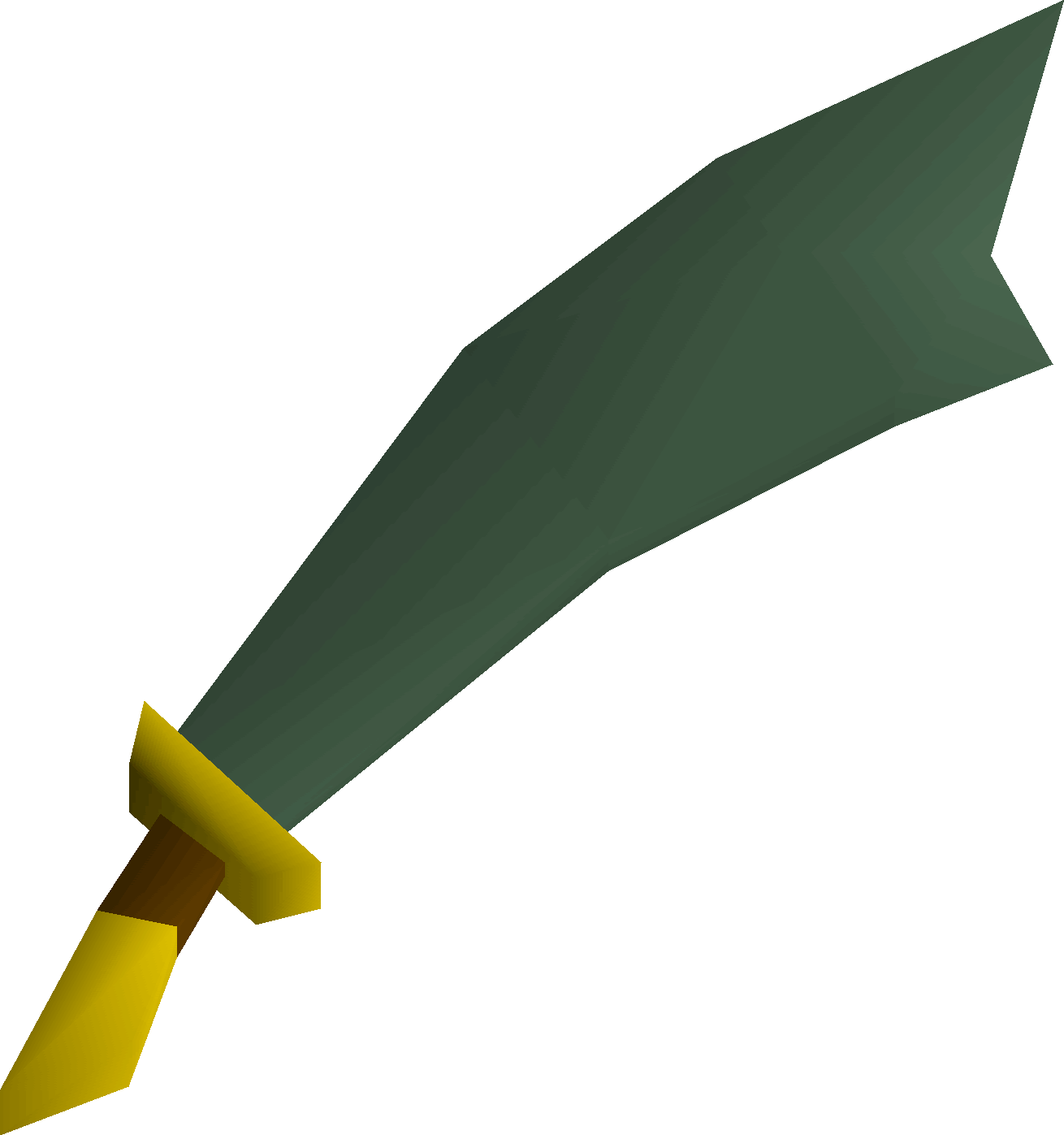 Providing a huge bonus boost across the board, an Adamant Scimitar should be equipped as soon as you meet the attack requirement. Such stats allow high DPS due to the innate attack speed of Scimitars, you’ll have no problem taking down bosses with this weapon!

How to obtain: Craft it with a Smithing level of 75 or buy it from the Grand Exchange . Plenty of monsters drop this item, see the full list on the wikia. 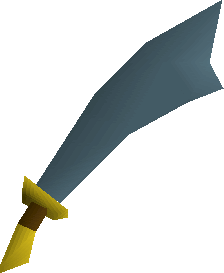 Now we’re starting to get to the really strong stuff. The Rune Scimitar has great damaging stats for its level requirement, so it’s yet another Scimitar you need to acquire on your path to becoming a melee god.

Widely considered to be the strongest, highest DPS weapon in the entirety of the free-to-play version, it still retains a reasonable purchasing price.

How to obtain: Craft it with a Smithing level of 90 or buy it from the Grand Exchange . Plenty of monsters drop this item, see the full list on the wikia. 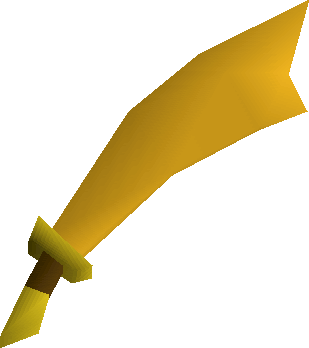 Providing the same damaging stats as the Rune Scimitar, the Gilded variant is only higher on this list because it looks slightly cooler. Honestly, there’s no real reason to chase this item unless you want to show it off to some friends.

How to obtain: Complete Elite or Master level Treasure Trails or buy it from the Grand Exchange. 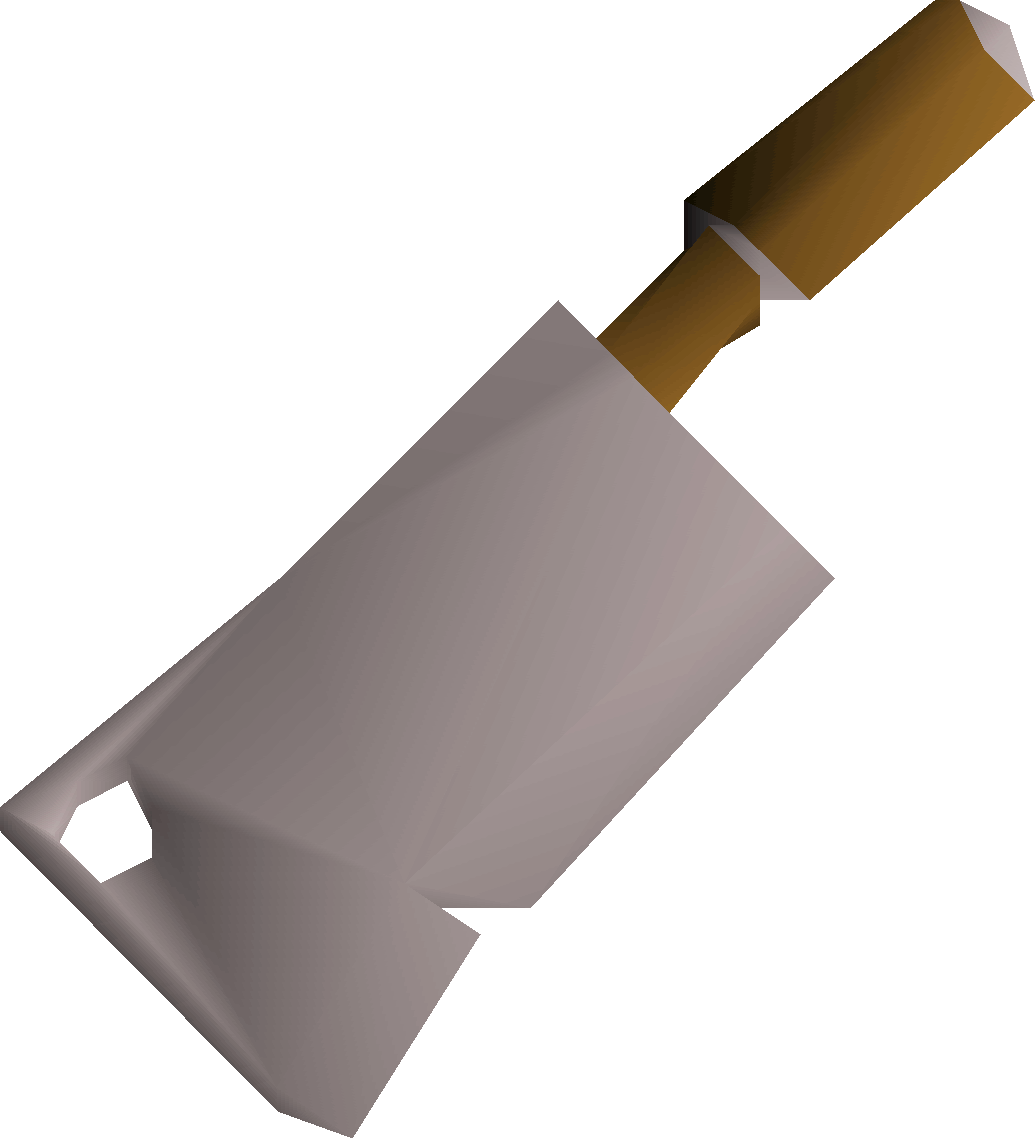 Classed as a Kitchen Weapon, it has a severely reduced weight over other Scimitars. Although the Cleaver has the same melee stats as the previous 2 entries, it is better overall for the reduced weight and reasonable cost.

How to obtain: Buy it from the Culinaromancer’s chest. Completion of the Recipe for Disaster quest is required to even wield this weapon.

Despite having a fairly low stat boost over the previous entries, the Brine Sabre is well worth acquiring. It is quite rare which justifies its price but it’s better than working your way to the 1st entry with a Cleaver.

Wielding a special attack called Liquefy that only works underwater. You can pay 75% of your special attack energy to double your accuracy, as well as increase your attack and defense levels by 25%.

How to obtain: Kill Brine Rats, they have a 1/512 chance of dropping one. Or buy it from the Grand Exchange. 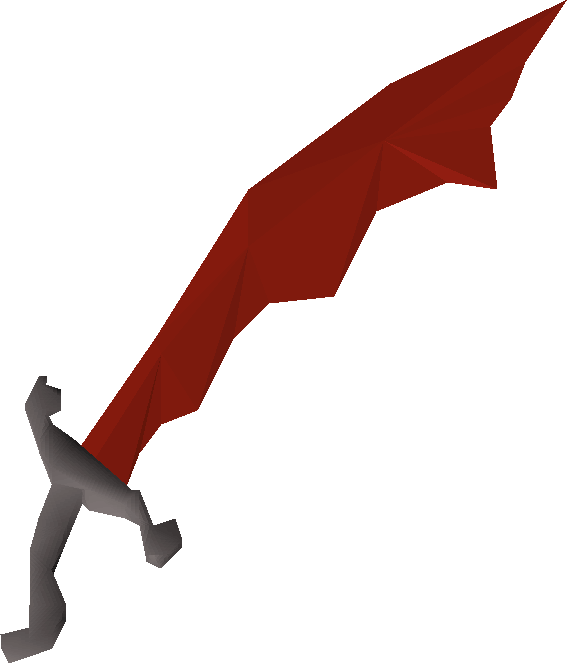 It’s not even close, the Dragon Scimitar is significantly stronger than any other Scimitar in the game. Sporting some incredible DPS stats, it’ll hit like a truck with a fast attack speed!

This Scimitar has its own special attack called Sever. Consuming 55% of your special attack energy to increase your accuracy and prevent enemy players from using Protect spells.

How to obtain: A rare drop from a Scorpia boss or Thermonuclear Smoke Devil. Demonic Gorillas have a decent chance of dropping it. Or buy it from the Grand Exchange.