When Yugioh was released nearly 20 years ago, decks were based off either a type or attribute. Sets of cards that only worked with eachother didn’t exist, players had to devise their own strategies, usually in the form of beat-down.

As years went by, Konami started to release pre-made strategies and archetypes. Metal Raiders introduced Harpies, Spell Ruler added Toons. In today’s game, archetypes are pretty much the only way to play. Feel free to create your own deck types, just be aware they’ll never be as strong as an actual archetype.

Out of it curiosity or the need to use something different, I’ll be providing 10 archetypes no one has heard of!

With 100s of archetypes existing in Yugioh, there’s bound to be a few unknown to you. I’ll be surprised if you know even half of the archetypes on this list! 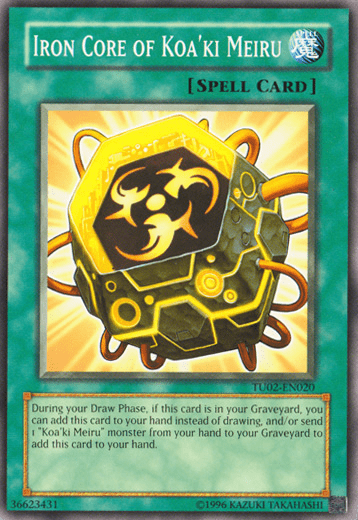 Koa’Ki Meiru archetype was released back in 2009, in the Raging Battle set. Full of high ATK level 4 monsters, they can swarm the field with flood-gate like effects. Light and Dark attribute monsters are especially countered. Konami released a support card in the form of Diamond Core in 2014, maybe we’ll see new support in the future!

A massive reliance on Iron Core of Kao’Ki Meiru (pictured) is a problem, if all copies get banished then it’s pretty much GG. 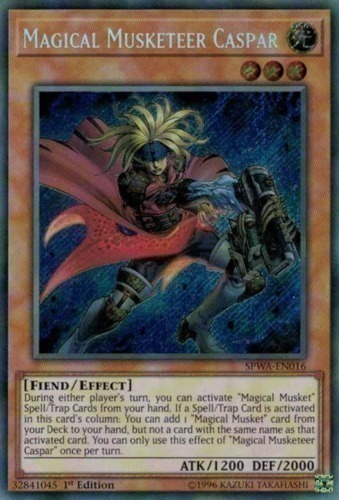 Released as recently as 2017 in the Spirit Warriors set, Magical Musketeers have been criminally under-rated. If not for someone using them as a rogue deck at my locals, I wouldn’t even know they existed as I’ve barely seen the Yugioh community mention them.

Such a shame too, cards like Magical Musket – Cross-Domination and Magical Musket traps allow you to negate and/or destroy opponent’s monsters/spells/traps. Their boss monster Mastermind Zakiel even provides draw power.

I swear they’re a good Field Spell away from being a viable rogue deck! 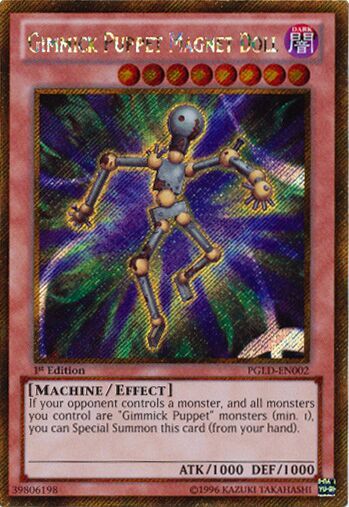 Some members like Egg Head and Humpty Dumpty are downright bizarre. I wouldn’t be surprised if this archetype’s lack of popularity is due to players trying to forget their deformed art. 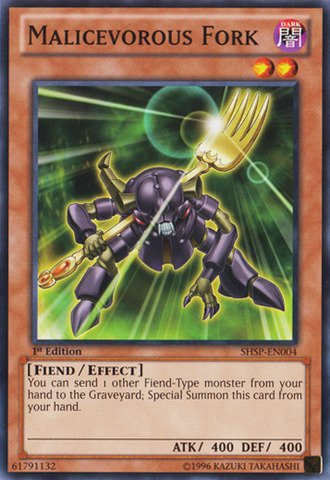 With only 3 members in this archetype, you can be forgiven for not knowing it exists. Fork, Knife and Spoon complete this set of level 2 Dark attribute, Fiend type monsters. They can be considered as a small level 2 engine, useful for summoning rank 2 XYZ monsters.

Wee Witch’s Apprentice has actually boosted this archetype’s viability, spamming rank 2 XYZ monsters is a lot easier in Link format. For how cheap they are, I’d always recommend Malicevorous for a fun little level 2 deck. 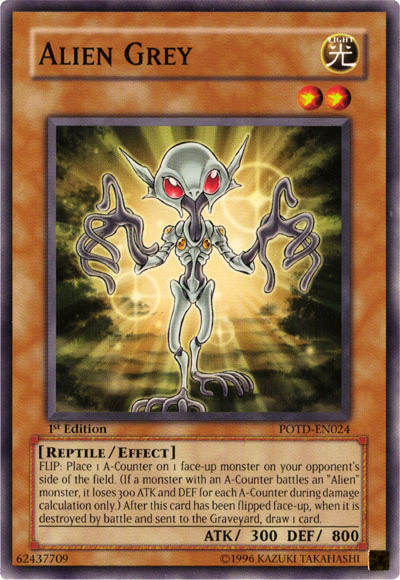 Arguably the best Reptile archetype in the game, Aliens are also one of the most unique themes of all time. Based around A-Counters, Aliens seek to spread their counters across all monsters on the field, then using support cards to take control or destroy monsters with A-Counters.

Like all counter based decks, Aliens have been power-crept as they can no longer spam A-Counters to keep up with current decks. Power of the Duelist is where this archetype made its debut in 2006, with further support released in later years. 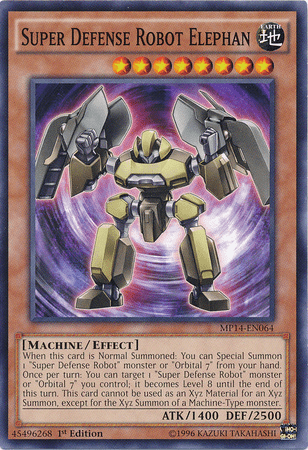 So, so many rank 8 XYZ engines exist. Super Defense Robots are one of them, easily summoning machine boss monsters from your extra deck. Of the 3 Super Defense Robots, 2 of them are level 4 and are able to special summon Elephan (pictured) from the hand, who can transform them into a level 8 monster. 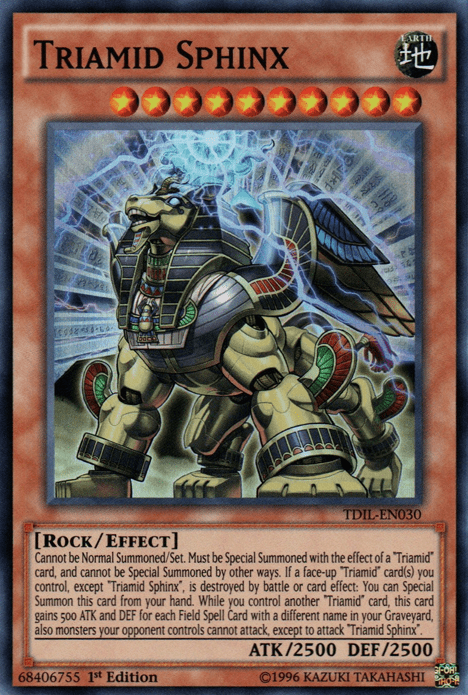 Konami did an exceptional job with the Triamid archetype, honestly it’s one of the coolest looking sets of cards available, certainly the best Rock archetype. Focusing on field spells, Triamid monsters seek to send the current field spell to the graveyard (which has an effect to add a Triamid monster to your hand, or special summon one from the graveyard) and activate a different one from the deck.

Sounds great, but an over-reliance on field spells can be their own downfall. Almost every single deck nowadays has spell/trap removal, rendering Triamid’s useless 🙁 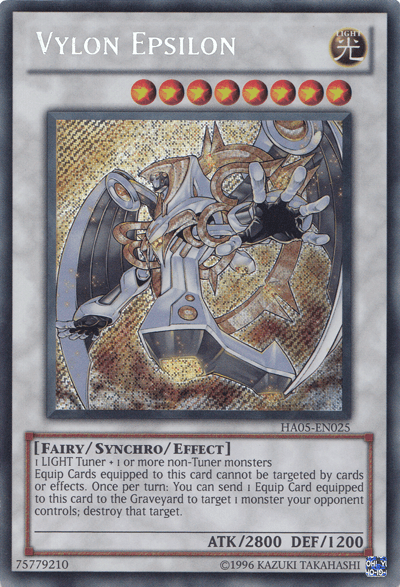 Summoning big boss monsters equipped with powerful spell cards, Vylons have been fossilized in time. Maybe at one point they were well known but now, player awareness has waned. Such a shame too, Hip Hoshiningen opens the door for multiple extra deck summons in one turn. Vylon Sigma allows for an OTK variant, if equipped with spells like United We Stand, Mage Power and Twin Swords of Flashing Light.

All Vylon equip spells will search another of its kind when it’s sent to the graveyard, which is actually a huge advantage 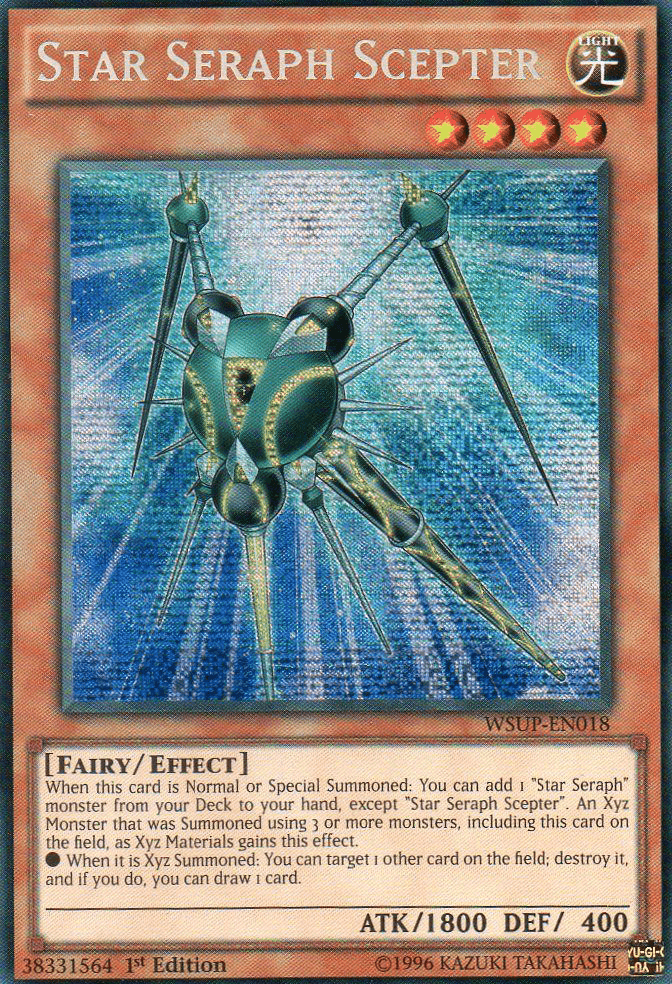 Introduced in the Judgement of Light set, Star Seraphs are another XYZ spam archetype. Scout for example is an instant rank 4 XYZ, although some Star Seraph monsters (like Scepter, pictured) give draw/destructive power to the XYZ monster.

This archetype will have been another needle in the haystack of what is Light Fairy archetypes. So many exist, yet they’re all so similar in terms of appearance. Standing out is just a bit too difficult. 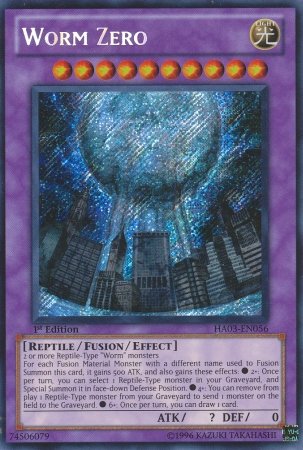 Not the Insect type Worm cards, rather the Reptile variants. This archetype is a series of Flip monsters which, as you can guess, are terrible. To be fair, they have a large variety of effects, such as bouncing monsters to the hand, searching other Worms and destroying cards.

Worm Zero (pictured) is pretty damn awesome if you can summon it with 6+ materials. Even then, Worms weren’t worth using in 2009 when they debuted in Hidden Arsenal.

I’ve asked dozens of duelists and most of them have never even heard of this archetype. None of them have dueled with/against them either. How about you?

I know them all. I have them all. and worms are op. took me about 2 years before I could beat them with most of the best early zexal cards (and those before zexal). in link or pendulum, I agree, not the best, but still a great deck. im using infinitrack now but would use worms if still viable.

....bro I knew of all of these before this list...(except those robots before remembering they were in zexal) you sure that we've not heard of them?

I have physically made the majority of these decks. I have dismantled most of them but still have the cards. The only ones that i didn't build yet were the trimids and the magical muskets. I wanted to build the musketeers but i wasn't lucky enough to pull the cards i needed for the deck. And you almost got me with the trimids. If i would have read this article a few months ago than you would have got me with that one. I was scrolling through a list of all the current archetypes to see what new fun deck i could build and i saw them. I looked through their effects and ultimately decided not to get them but ya that was the only 1 i hadn't heard of until recently. The rest i either have already or wanted.