Wood Elves are an incredibly unique faction, fielding the best archers available in the Warhammer universe, as well as a variety of forest creatures.

The recent Twisted & The Twilight DLC over-hauled their campaign, making them highly enjoyable and a must-play for any Warhammer fanatic.

In campaign, you’ll have access to the world roots, capable of transporting you across the entire map.

Picking and choosing your enemies, you can wait out the classic High Elf vs Dark Elf war and ally with the winner. Or decide early on to decide the victor.

Focus on ambushing, or take out skirmishes to plunder enemy territory, or simply stick to your forests and seldom visit the outside world.

Whatever your play-style, filling your armies with the best units is mandatory. So many are available, Wood Elves don’t have a typical “doom stack” but they do have plenty of options for building a capable force.

I’ll go through the 10 best units available to the Wood Elves. These units should be aimed for in campaign but are also great in multiplayer! 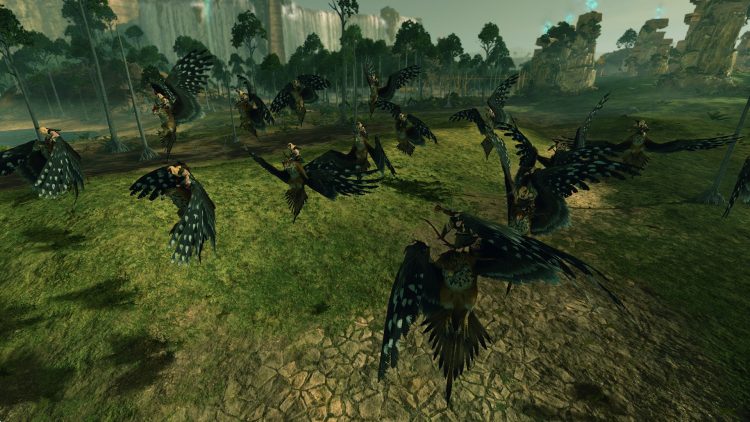 One of the very few flying ranged units in the game, Hawk Riders are a fairly squishy option whose strength come in the form of mobility.

Use them to harass ground lords/heroes, charge at artillery or route enemy units off the map.

If you’re running the Sisters of Twilight as your Legendary Lord in campaign, each Hawk Rider unit will have an extremely potent targeted ability that can wreck an entire unit per volley. 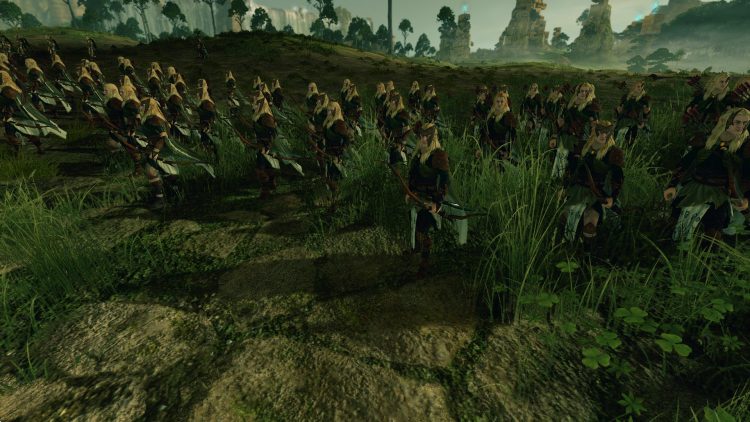 Glade Guard in general are an excellent unit, with decent melee prowess as well as formidable ranged capabilities for their cost.

The Hagbane Tip variant is the best of them all, applying poison to each target hit.

Poison is a debuff that reduces stats across the board, signifcantly reducing the combat potential of targeted units, as well as their ability to chase or escape. 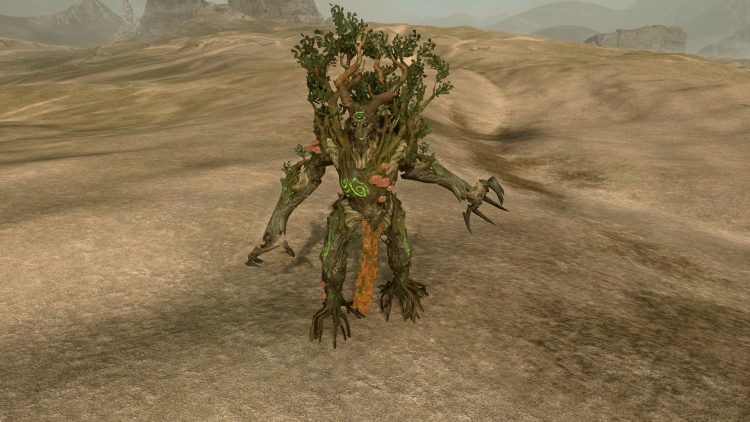 High HP, great armor, magical attacks and the ability to cause terror makes Treemen a great option for any Wood Elf front-line.

Due to their large mass, Treemen are vulnerable to focus fire or groups of lords/heroes.

Not so much a problem in campaign but in multi-player, players will take advantage of such a weakness. 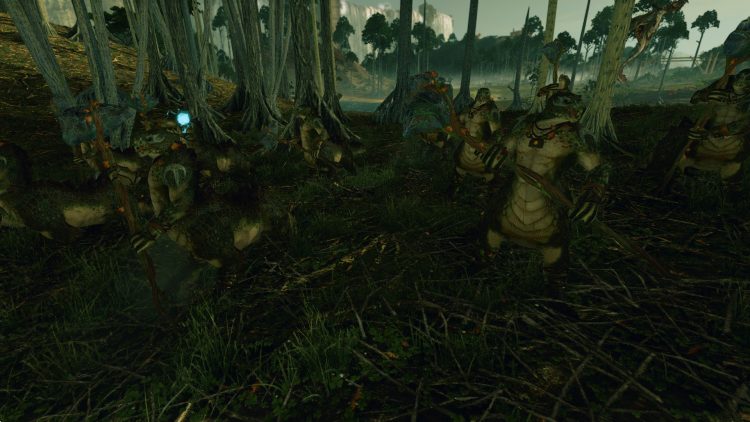 For a long time, Wood Elves had a huge weakness in the form of enemy cavalry. Such a weakness still exists, but it can be aided with the inclusion of Zoats in your army.

Place one on each flank and the enemy cavalry will think twice before charging.

Having a great mass size, huge bonus vs large and decent armor, even heavy knights struggle to get through these creatures.

6. Sisters of the Thorn 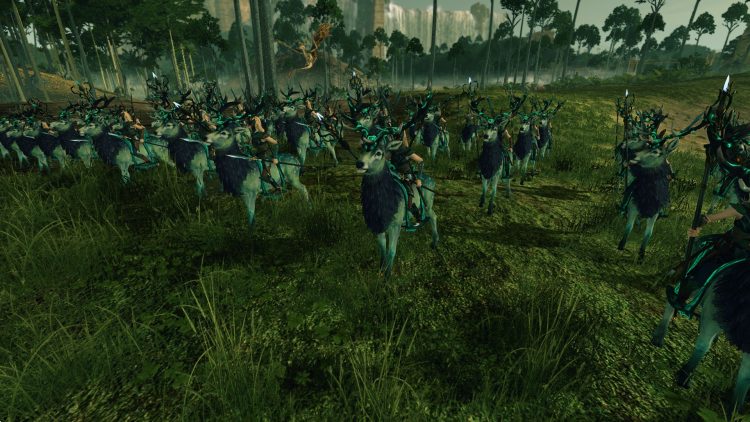 One of the most unique units available in Warhammer 2, Sisters of the Thorn are a ranged cavalry unit with 2 bound spells, Shield of Thorns & Curse of Anraheir.

It takes a great player to get the most out of Sisters of the Thorn but if you can master them, they’ll quickly become one of your favorites. 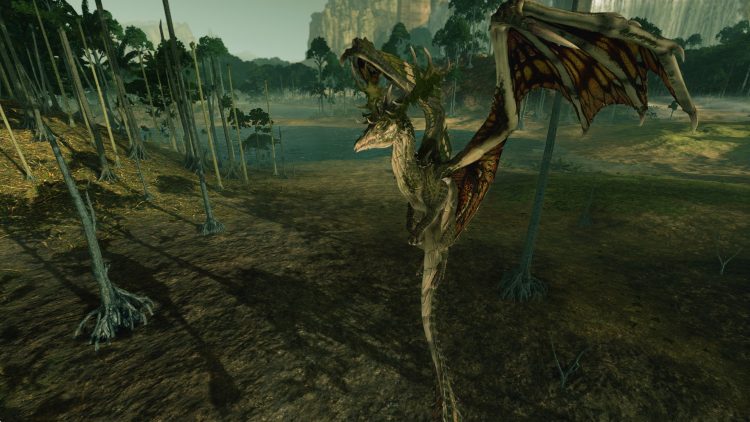 Dragons are always good, traversing the map, wiping out hundreds with their fire and terror routing units.

Like the Treeman, the Forest Dragon can be taken out quickly by mass ranged fire. Enemy lords/heroes can also goon them for chunks of health per hit.

So using a dragon properly can be a skill few can master. This one in particular has poison AND magic damage, so it can happily chew up enemy monsters. 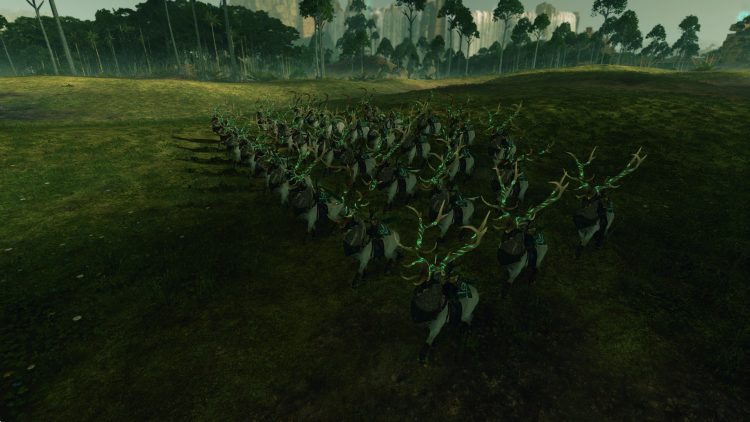 A massive charge bonus, armor-piercing damage and even vanguard deployment allow them to crush units from different angles.

You can rack up hundreds of kills per unit by smashing into archers and routing enemy units. That’s the role of other cavalry for sure but this particular unit is one of the best in the game for such a role.

Against other cavalry, or elite infantry, they’ll sustain heavy damage. So keep them out of trouble and they’ll more than pay for themselves. 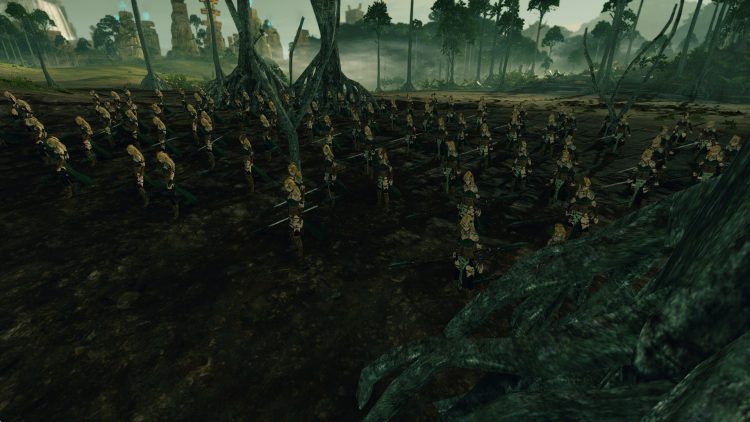 Essentially the Wood Elf answer to Slayers, this Wardancer variant should be kept in the back-line, to deal with any cavalry or monsters who come your way.

High melee defence and the ability to dodge makes them surprisingly tanky for such a high damaging unit, although they should always have a buffer of spearmen alongside them, if possible.

Against other infantry, they’re particularly effective as well, if needed. 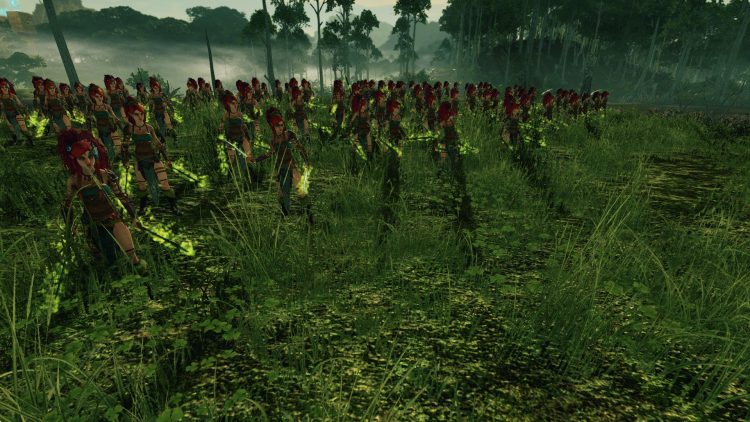 Of all infantry available to the Wood Elves, Bladesingers are the most expensive at 1200 gold.

For good reason too, they’re absolutely dominant and can defeat almost every other infantry unit in the entire game.

Simply including one unit of Bladesingers alongside a staunch line of spears is enough to fortify your front-line.

Armor-piercing, anti-infantry damage is just too much for most infantry units. Ability to dodge and whirling death (striking just before they die) further compliments their competence. 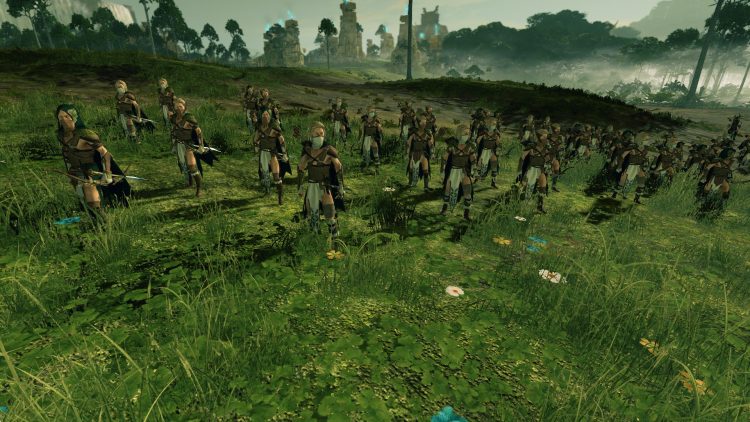 In both Warhammer 2 and table top, Waywatchers have proven their ability as the premiere archers in the Warhammer universe.

Crazy high range, beating any other ranged unit in the game, as well as strong base damages and armor-piercing damage is amazing. Then you get the ability to fire whilst hidden…while moving…in any direction.

And of course, they have vanguard deployment and stalk to top it all off.

Their price is high, though, so you’ll seldom see multiple Waywatcher units in multi-player. Come late-game in campaign though, you should have each of your best armies equipped with several of them!