Ranged factions are the bread and butter of Total War, even more so in Warhammer 2.

Many players prefer the defensive playstyle. Field a ton of powerful ranged units and decimate the enemy as they approach you.

It’s a solid strategy, especially against the AI who are predictable, regardless of their army composition.

Some factions are based entirely around ranged strategies, making them excellent choices for new players or veterans who enjoy mass fire-power.

This list will go through the 10 best ranged factions for you to choose from. Instead of choosing a specific legendary lord/starting point, I’ll give you the race/faction as a whole. That way, you can put this list to use, across multiple campaigns and multiplayer battles.

I’ll also provide basic ranged army comps for each faction. Use it for reference for any generic lord!

Each army will require very little micro play in order to be successful. Some cavalry will be including to chase down fleeing units, as well as another option for dealing with enemy artillery/ranged units. You can remove the cavalry for another ranged or front-line unit if you want (not recommended). 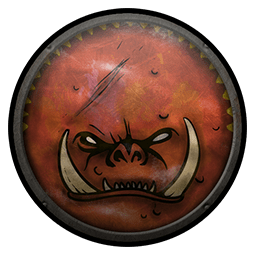 One of the most aggressive factions in the game, yet still fully capable of sitting on the back foot.

With skill trees to buff missile damage as well as ammunition and scrap upgrades to buff them even more, it’s a viable strategy.

The only downside is you do have to retain some aggression. Orcs & goblins are not suited to sitting idle, send the infantry up instead of waiting in front of the ranged units!

The Greenskins’ early game requires some specific handling of your units, as you can’t simply send your infantry in and wait for the ranged units to do their work.

It takes more time than that, use the several infantry units to “blob up” enemy units, as well as the skirmish cavalry to distract key units or poison the bigger threats.

Doom Divers are an insane, but costly, weapon in the Greenskins’ arsenal. It’ll take a while for you to recruit them but once you’re able to, they’ll boost the power of any army sevenfold.

Regardless of the unit type, Doom Divers will almost always hit their target for heavy damage.

It’s just a case of keeping them firing throughout the battle. Greenskins don’t have any infantry designed specifically for holding a line, so a fairly aggressive approach is required. 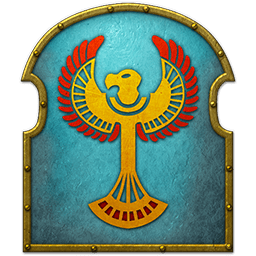 Primarily a construct (monster) based race, the Tomb Kings do have the tools needed to be defensive with ranged firepower.

Cavalry is still key, as their ranged units are great for whittling down health but not so good at wiping out units completely.

Tomb King infantry sucks, even in the early game. A hefty amount of ranged fire-power is required if you want to deal some damage.

You need a Casket of Souls as soon as possible, use it and Skeleton Archers to whittle down enemy unit’s HP en masse, rather than focusing single units.

After that, it’s a case of cleaning up with the various cavalry units.

The above image is an army that requires few constructs, so you can create it alongside your “regular” armies.

Ushabti (Great Bows) are an excellent armor-piercing unit, with arrows that split into fragments while in the air, to hit multiple models. Bone Giants deal heavy damage with their huge bows and are just as effective in melee.

Nehekara Horsemen are needed to chase down fleeing targets and finish them off. Particularly effective against Skaven or Greenskins with low leadership. 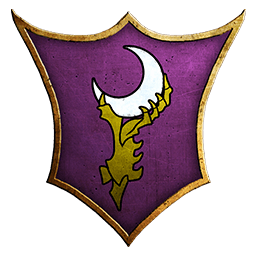 Incredible against armored enemies, Dark Elves sport some of the hardest-hitting ranged infantry in the game.

Right from the start of your campaign, you’ll have access to armor-piercing archers. Such a stat-line allows them to work well, even in the late game.

Darkshard spam is critical to the success of any Dark Elf campaign.

They’ll be your go-to unit in the early game, with a minimal line of Dreadspears in front of them.

Considered a semi-doom-stack, Shades (Greatswords) are an all-around powerful infantry unit, dealing high armor-piercing damage in melee and at range.

They’ll be your front-line, with Dreadspears and Black Guard of Naggarond to deal with large units. 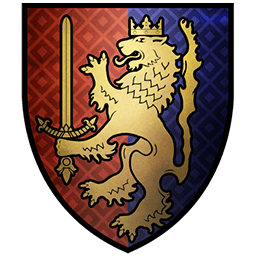 Brettonia is avoided by many a new player for their intense cavalry micro. It’s a fair reason to turn your nose up at them, but there are other strategies available.

With plenty of archer types available, as well as some good artillery units, playing Brettonia doesn’t have to be micro-intensive!

Very cheap to build, and can deal devastating damage to expensive enemy stacks.

Peasant Archers are a surprisingly good archer unit, with a huge model count that makes their small missile damage deal a decent amount of damage.

Brettonia’s economy becomes so good by the late game, you can use elite cavalry as a front-line.

Focus down the anti-large units, use the pox arrow archers to poison those who have engaged your front-line.

Trebuchets are a surprisingly good artillery unit and will do a lot of work. 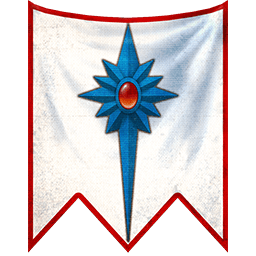 Considered the most new-player friendly of any faction, High Elves are consistently strong in every aspect.

In terms of ranged capabilities, High Elves do struggle in the early game, compared to other factions.

Come the late-game though, you’ll have one of the most powerful doom stacks in the game.

Lothern Sea Guard is a hybrid infantry who can perform a semi-frontline role, although you can switch them out for 4 Spearmen and add 2 more ordinary archers if your economy is taking a hit.

These archers will do most of the leg work during the early stages of the campaign, use them to focus fire high-threat units, like many other factions.

Even during the mid-late game, these armies are incredibly cheap and can be used to guard important cities while your main armies are away!

A lot of players abandon lore-friendly army builds and simply field 5 or more Sisters of Averlorn doom stacks to clean up their campaign. 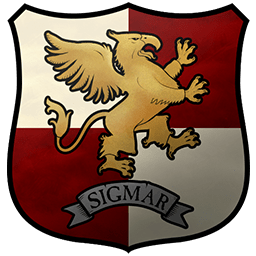 The Empire tends to have fragile front-lines, their infantry has high model counts but struggles in the armor/melee defense departments.

When it comes to artillery, few can match the humans of the Warhammer world. Over a dozen ranged units are available, there’s no specific best or worst army composition but I’ve provided those that would best serve a newer player who doesn’t like to micro much.

Early game is all about focus firing the biggest threats, via Mortars and Crossbowmen.

Place your Free Company Militia in between, and slightly behind, your Spearmen units, so they fire into whoever they’re fighting.

Pistoliers are great for keeping other units occupied, or focus firing down low armor targets, such as archers or artillery.

Hellstorm Rocket Batteries are considered to be the best anti-infantry artillery unit in the entire game. Dousing a large radius in explosions from range, decimating every infantry unit type.

Single entity units can avoid the low accuracy spread of the rocket batteries, so use Handgunners to focus them down.

Steam Tanks act as a secondary front-line with high armor, as well as receiving buffs to missile strength through research, lords, and other bonuses. 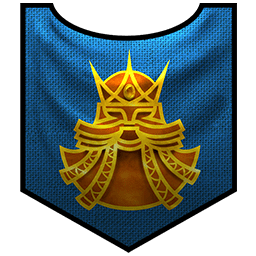 No faction can hold a line like the Dwarfs, featuring high armor, leadership, and melee defense.

Their infantry units severely lack any damage out-put and mobility, so a strong back-line full of ranged troops is mandatory.

A front-line of Dwarf Warriors will happily hold the line during the early game, so focus fire the enemy ranged units down before focusing on the enemy infantry.

Grudge Throwers are there to deal with armored targets who your Quarrelers would otherwise have a tough time dealing with.

Use your Irondrakes & Flame Cannons to remove any threats to your Ironbreakers.

Including a single Slayer unit can work wonders against cavalry who have managed to penetrate your back-line. Just make sure they’re always supported by other infantry, as they’re extremely fragile. 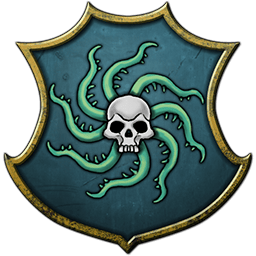 Pretty much all of their melee infantry are bad. Due to the buffs that even the cheapest missile infantry get, it’s much better to use a front-line of them.

A checkerboard formation is required to make the most use of the Vampire Coast’s roster.

Powder units require line of sight to hit their target, so setting up your formation is key. Once you get the hang of it, few factions are as fun.

Gunnery Mob Bombers are difficult to use so you might want to remove them. If you don’t mind a bit of micro, including a unit or two will provide a great burst option.

18 or so Necrofex Colossus‘ is an awesome doom stack, shooting enemies from afar and crushing those in melee range.. By the time you can afford such a doom stack, you’ll have all the relevant buffs to push their stats through the roof, including a 15% physical resistance buff!

The Gunnery Wight helps to replenish ammunition, as well as further buff the missile damage of surrounding units. 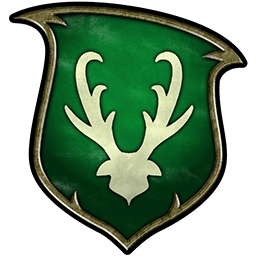 Boasting an incredibly unique and fun campaign, Wood Elves are a fairly micro-intensive faction that every player should try.

Aiming to get a line of Eternal Guard in front of plenty of Glade Guard, with some cavalry to harass and chase down units.

Wood Elves have great early game units and these stacks are reliable throughout all stages of the campaign.

Waywatchers are by far the best Wood Elf unit and can even be considered a sort of doomstack.

With all the relevant buffs, they’ll destroy even the heaviest of cavalry before they get close. Your only disadvantage is ammunition, as you’ll need to win the battle before you run out.

Waywatchers are decent in melee but they’re too expensive to risk.

This is where a single strong cavalry unit will shine, Great Stag Knights will delete low health units, allowing you to save your ammunition for more important targets. 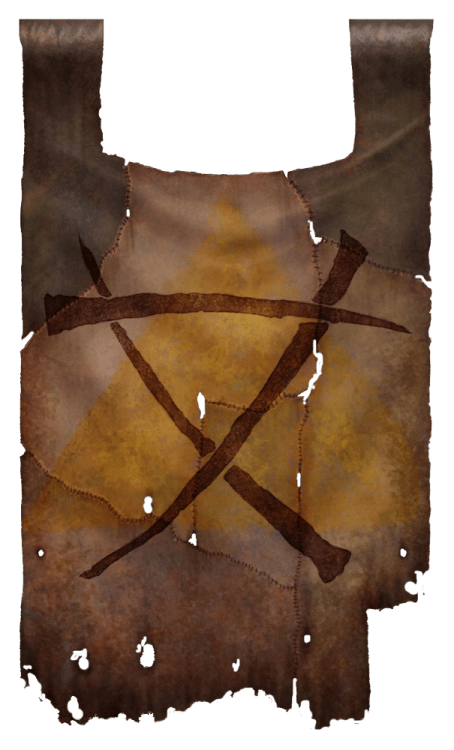 Possessing some of the biggest monsters, deadliest poisons, and smartest guns the Warhammer world has to offer is the Skaven.

Clan Skryre is by far the best ranged faction in the entire game, providing unique benefits like a nuke, unlimited ammo, and even more range!

Honestly, the Skaven early game is all about throwing endless hordes of worthless rats at your enemies. As well as using the powerful starting units, of course.

If you’re looking for a cheap stack to defend a settlement or bolster a proper army, this is it.

Greyseer of Plague is used to summon rats, providing help for the meager front-line.

One thing to always remember with the Skaven is that friendly fire does not exist. You shoot your weapons, enemies die, rats die, it is how it is.

Fielding enough fire-power to level a continent, a late-game army with the units leveled up and receiving various campaign buffs is unstoppable.

The above composition is my favorite but there are so many good ranged units available to the Skaven, you can mix and match them to your desire.

Hell Pit Abominations are your front-line, as well as rats from Greyseer summons. Although you could swap the Abominations out for Doomwheels.