Every dragonborn, regardless of play-style, can equip a necklace or amulet. While they tend to be crowded out by armor or robes, a good necklace can massively boost your combat abilities.

Many necklaces weigh basically nothing, different enchantments mean there’s a necklace for every situation. Keeping a minimum of 2 or 3 on your person at all times is highly recommended.

Outside of boosting your character, they sell for a lot of money. The right ones do anyway, you shouldn’t pick up any old necklace or amulet you find. Keeping an eye out for the most expensive ones can earn you some serious money!

How to obtain: Complete the Containment quest.

Relatively simple but effective, Savos Aren’s Amulet boosts Magicka by 50 points. It’s also worth 300 gold and can be disenchanted. It’s not worth selling/disenchanting though as it’s unique and you’ll want to keep it in your collection.

Magicka is the life-blood of any spell based dragonborn, the more Magicka you have, the higher your combat effectiveness. 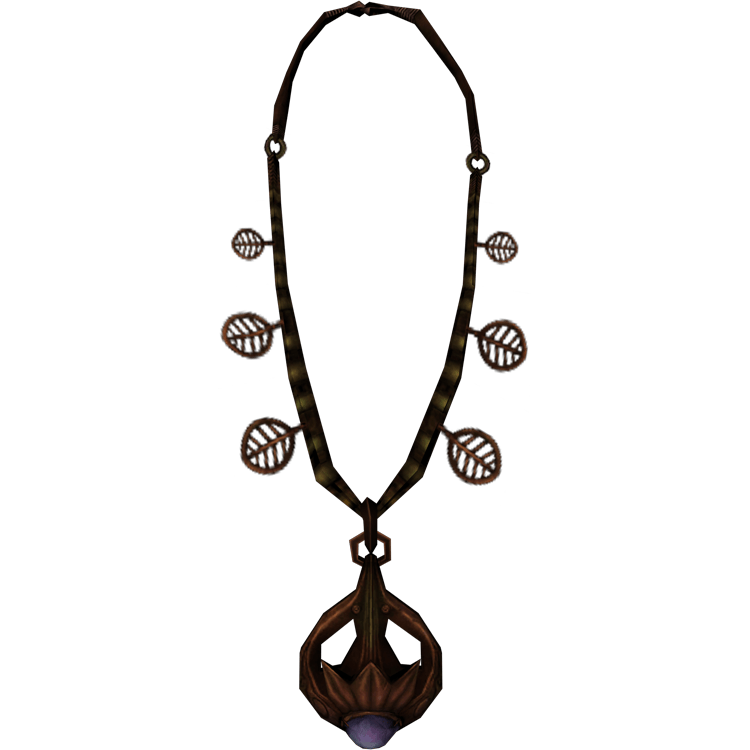 No matter what your play-style is, every player needs gold. Whether they use that gold to buy items or not is irrelevant, maximising income can make your life a hundred times easier.

The Amulet of Dibella boosts Speechcraft by 15 points, giving you increase selling prices at vendors, or reduced buying prices.

Obviously you won’t want to wear this in combat, just keep it in your inventory and equip it each time you visit a merchant.

How to obtain: Given by a Reveler if you give them a bottle of Mead.

Just like the previous entry, the Charmed Necklace has just one specific purpose. It increases your carry weight by 25, allowing you to stash more loot in your inventory for selling. So many times you’re forced to decide between a few valuable items, just so you can get back to a merchant or house.

With a weight of 0.5, you could easily keep this amulet in your inventory, equipping it as needed. 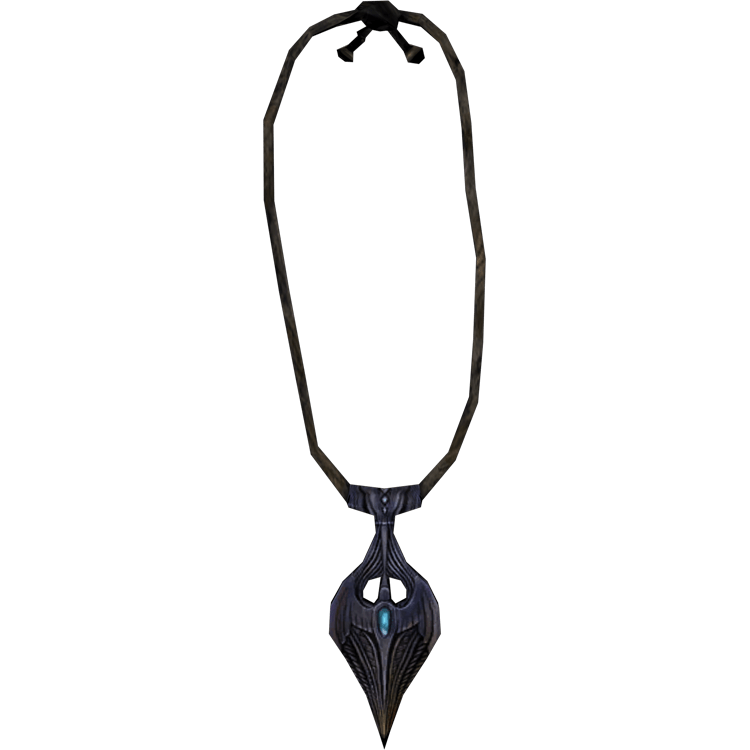 Incredibly useful in the early game, pretty useless during the mid/late game. This amulet boosts Stamina by 10 points, giving you more room to manoeuvre and utilise power attacks.

Sprinting is also important when you haven’t discovered many of the locations or own a horse. 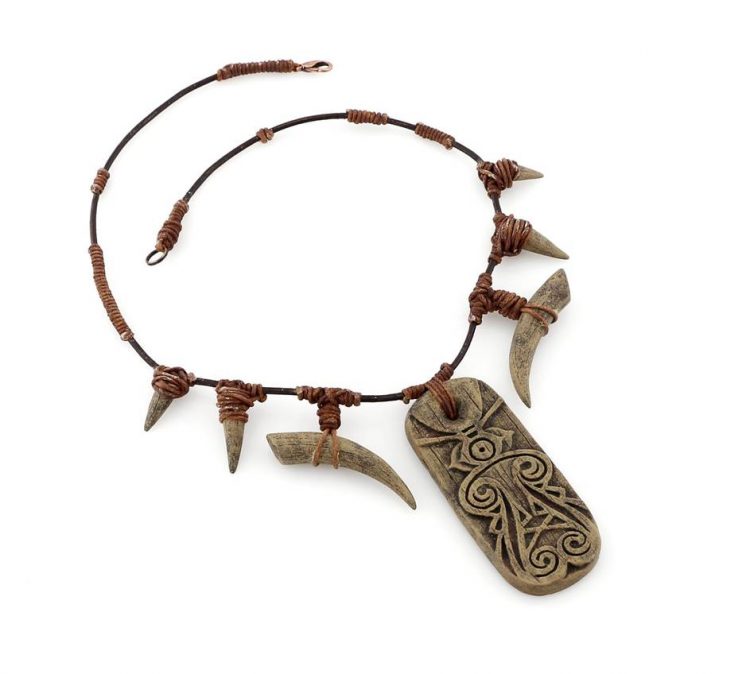 How to obtain: Prove you’re a true hunter to Froki Whetted-Blade.

Considered the best amulet in the game for early archers (let’s say up to level 15), you should seek this out immediately. Kyne’s Token reduces damage taken by animals by 10%, as well as increasing bow damage by 5%. Animals are common-place at low levels, making those fights a lot easier.

5% extra damage becomes less useful as your level gets higher but if you want each arrow to deal as much damage as possible, Kyne’s Token is a great choice! 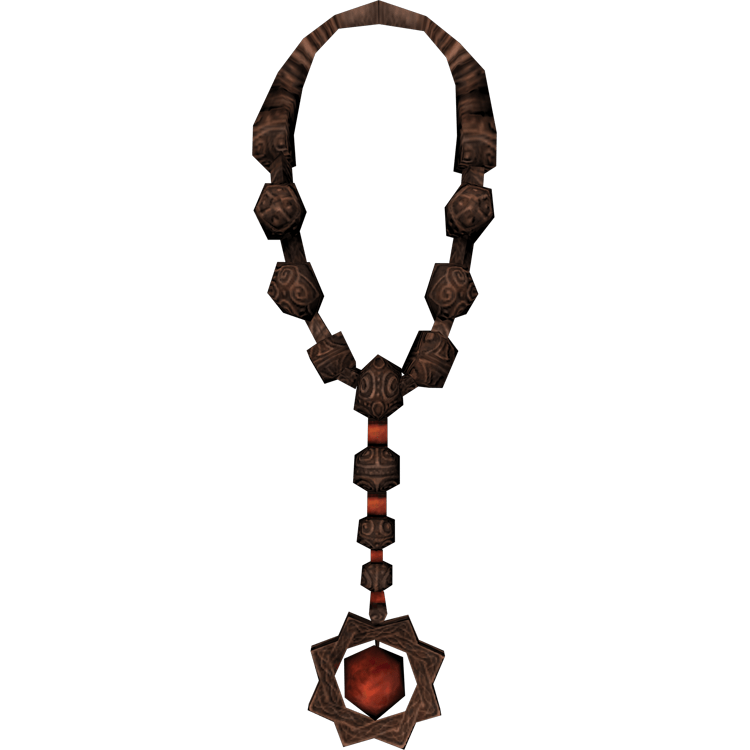 For general use, the Amulet of Arkay provides a flat bonus of 10 health for any user. Health is always good to have, regardless of your build path or play-style. Aesthetically, it’s one of the coolest looking necklaces in the game, perfect for role playing! 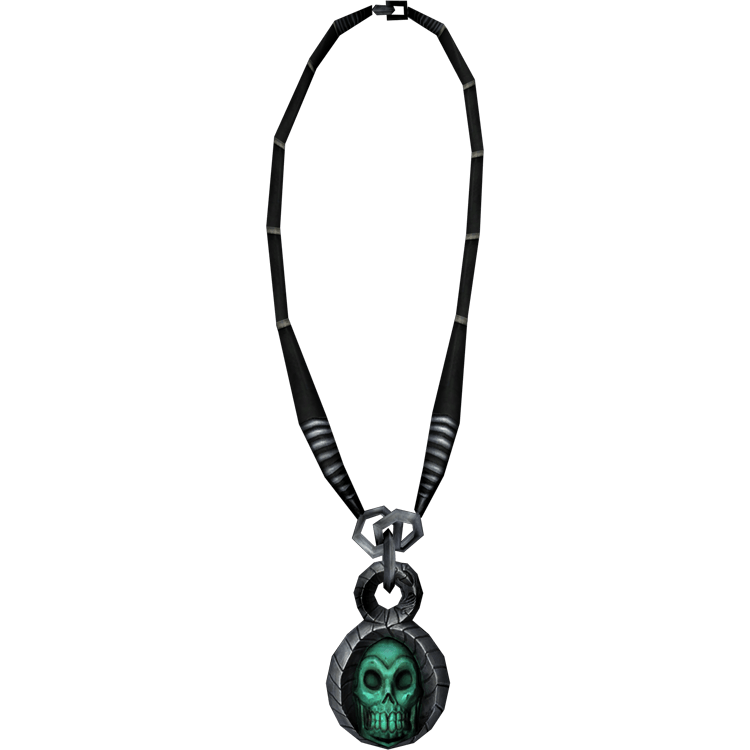 How to obtain: Found on Calixto Corrium’s corpse during the Blood on the Ice quest.

Any Conjuration user will love this amulet, as it boosts Magicka by 50 points and reduces Conjuration spell costs by 25%. Such power comes with a trade-off, Health and Stamina regenerate 75% slower which is a heavy price to pay.

You can somewhat reduce these effects with other enchantments that boost Health/Stamina regeneration. Since bound weapons use stamina when attacking, it’s not worth using them with this amulet. 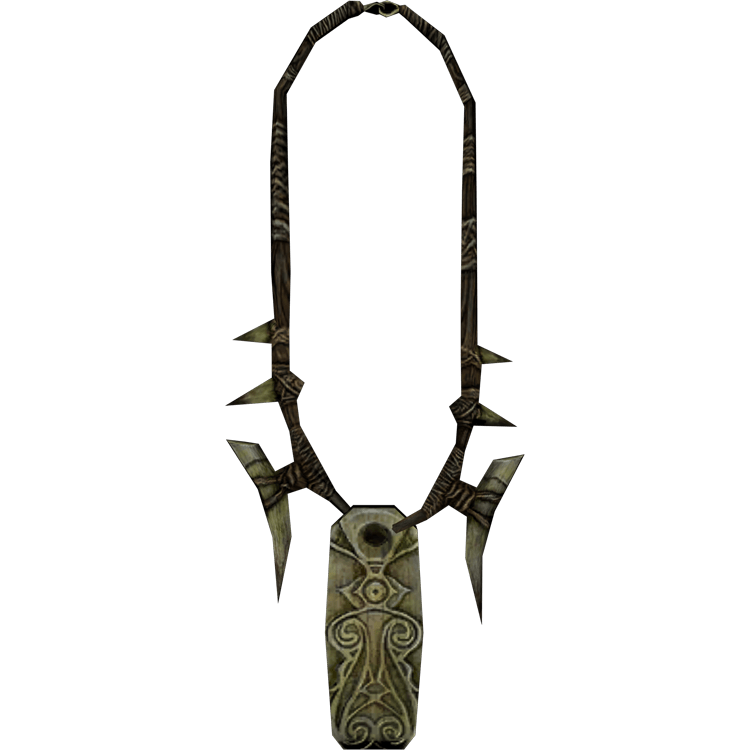 How to obtain: Complete the Under Saarthal quest, then use all 3 Gauldr fragments to craft this amulet at Reachwater Rock.

Players of all variations rejoice, this amulet boost Health, Stamina and Magicka by 30 points. You can’t go wrong the Gauldur Amulet, which also weighs nothing.

If you do so manage to find a better necklace, a base selling price of 1864 gold will provide a nice boost to your coffers!

How to obtain: Complete the Impatience of a Saint quest.

Weirdly enough, the Locket of Saint Jiub is classed as Light Armor and grants a small armor boost of 5. Where it really shines is in its enchantment, increasing Stamina by a whopping 50 points and granting 50 extra carrying capacity.

Mages won’t really use this but anyone else will certainly see this as their go-to necklace choice! 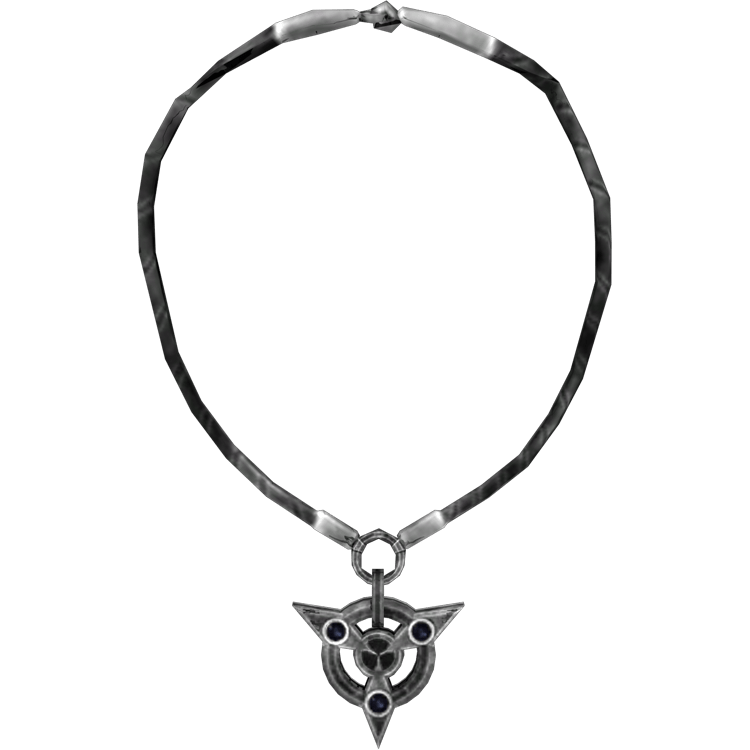 How to obtain: Complete the Under New Management quest via the Thieves Guild.

How useful this necklace is will depend on your luck, as there are 7 variants available of different competence. The lowest one grants 2 armor and increases Speechcraft by 5% whereas the highest variant will provide 8 armor and 35% increased Speechcraft.

Additionally, while this amulet is equipped, all Persuade checks will almost always succeed. Every player needs the Amulet of Articulation as early as possible.