Fallout 4 is a huge, huge game. Criticised by many for its lack of role playing elements and world-altering features, no one can argue the gameplay itself is fantastic. With a wealth of weapons, clothing, armor and junk available, it’s easy to get a bit overwhelmed. One of the greatest elements is power armor, hulking suits your character can wear to make them an unstoppable death machine.

Everyone loves rampaging across the battlefield sporting some power armor, no doubt you’ve collected a set or two already. Due to the fusion core requirements, you can’t wear power armor all the time, so its usually reserved for boss fights and long quests during the early stages of your adventures. As you progress through the game, you’ll encounter more and more variants of power armor.

It’s important to know the details of each suit, check out the list of the 5 best power armor sets to give you all the info you need! 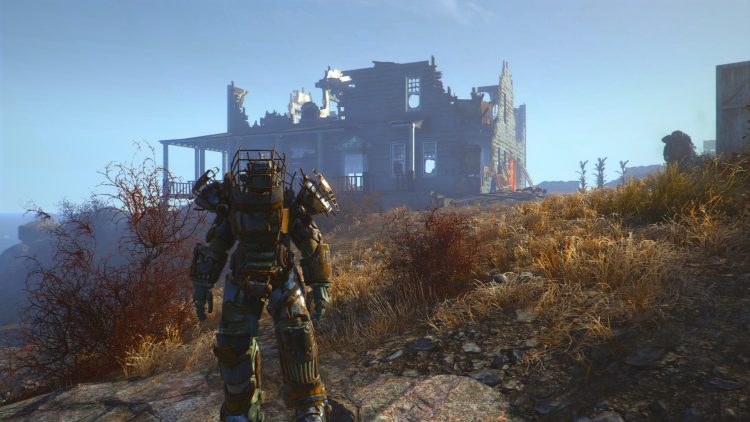 The go-to power armor for low level and/or new players. Raider power armor is the easiest to come by, with raider bosses usually wearing them. After taking down one of these bosses, you’ll be able to pick up the power armor pieces to use with a power armor frame you already own. Although this suit has some fairly low resistances, in the early game its still exceptional.

Few customisation options means raider armor gets out-dated quickly, so make sure you keep an eye out for other power armor sets! 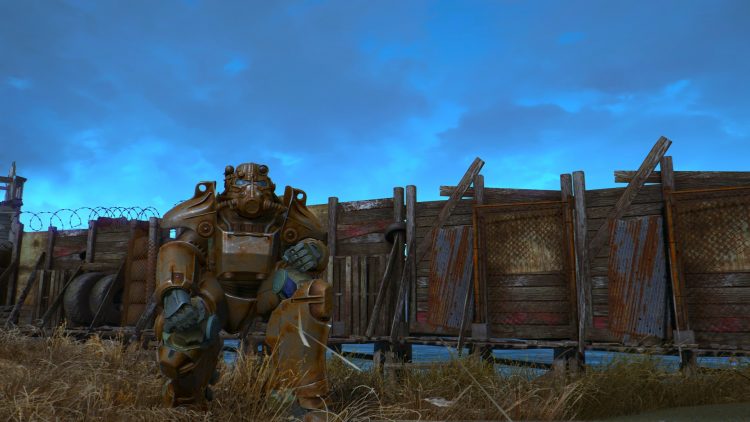 T-45 power armor is the only set to be able to be equipped with the Minuteman paint job, which can increase your Charisma skill. Acquiring this power armor set is relatively straight-forward, simply find a boss wearing it before brutally murdering them and looting their broken corpse. There’s a crashed Vertibird on the roof of the Museum of Freedom which contains a full set. Rowdy, a vendor at the Atom Cats Garage, will also sell pieces occasionally.

You should absolutely seek out this power armor as soon as possible, the resistances are quite over-powered at the early stages of the game! 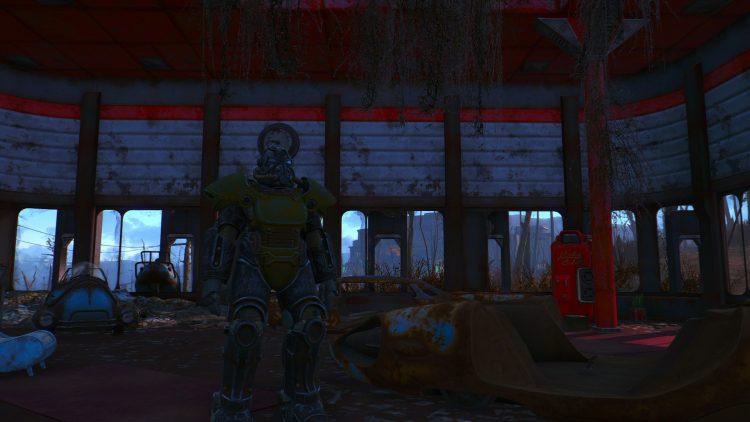 In terms of appearance, the T-51 set looks the best due to the lack of rust compared to other power armor suits. Unfortunately, there’s no solid, easy way to get your hands on this set. Full suits are incredibly rare so you’ll have to hope you encounter enough pieces on your adventures.

With plenty of paint jobs available, you’ll be able to increase your Agility, Strength, Percepton, Charisma or even Energy Resistance with this set. If your character is more of a bad guy, you can kill Clint at the Quincy Ruins to obtain almost all the pieces required. The T-51 power armor boasts considerably resistances, compared to those before it on this list. 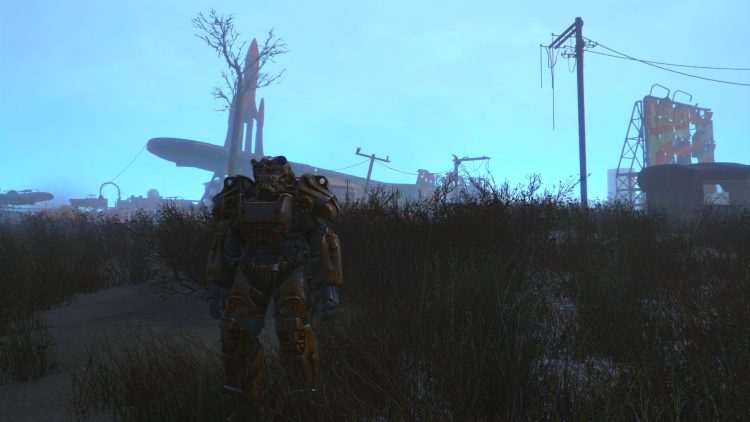 One of the more recognisable sets in the game, the T-60 power armor is now standard issue for the Brotherhood of Steel. As such, it’s incredibly simple to obtain while also holding some of the best resistances you can find. A massive 14 different paint jobs are available, giving you plenty of leeway when it comes to customisation. 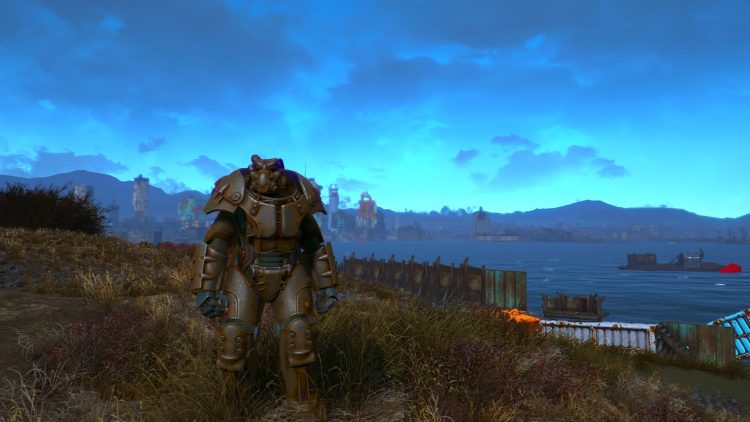 To even find a single piece of X-01 power armor, the player will need to reach level 28. This is justifiable of course, as if you start the game with a full set, the rest of the quest-line will be played in super-easy mode. Such high resistances make you nigh unkillable, so each piece is understandably hard to acquire.

However, you can go to 35 Court and after reaching the top, you’ll literally find a full set waiting for you. That’s if you can get past the Sentry Bot and Assaultron anyway!

I don’t know If I lucky or what since I got a full set of X-01 MK. II when doing quest getting third Radio beacon with Ada, saw a full set of armor under the hangar as Fort Hagen Satellite Array. I can’t believe not only I found X-01 Power armor, but I also get the MK. II version and even full set of it with fusion core ready to use.

Nearly a full x01 set is available in the glowing sea at the abandoned shack , underneath is a secret military installation power armour is on the bottom floor with a converted .308 combat rifle the armour is absolute boss.

I found a T-51(?) full suit in perfect condition while swimming in the river I believe just east of good neighbor (approximately). Its on a partially sunken ship inside a wire cage that can be unlocked through a novice level terminal. I was only level 16 or 17 when i found it.

Just checked and it is t51

The Court 35 spawn is not a guaranteed spawn. A lot of people are saying this, but it's not the case. Confirmed at level 52.