There are few union monsters that aren’t limited to certain archetypes or types, so there’s really no point in making a deck based around general union monsters. However, it is quite interesting to compare all of the union monsters against each-other. Rankings are dependent on how generally good they are, trying to avoid archetype specific union monsters wherever possible. You’ll soon realise just how little choices I had when making this list so bare with me if you think the first few are bad!

Union monsters seek to upgrade and protect those they equip to. Providing ATK/DEF stat boosts, in-battle effects and suiciding instead of the equipped monster being destroyed is all too common with this sub-type. 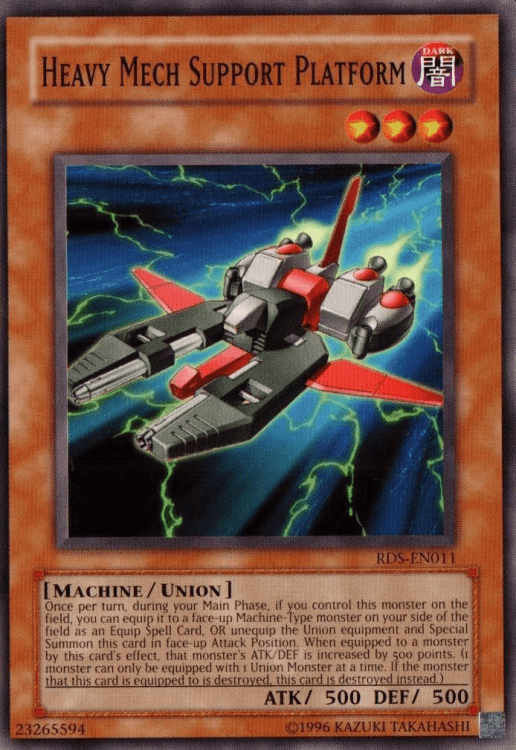 Probably the most recognisable union monster in the game, Heavy Mech Support Platform is owned by every duelist out there, with the average amount owned being at least 50. Seriously, can’t just be me who has too many of these things?

All this monster does is provide a machine-type monster with 500 ATK & DEF, not the best card in the world but something had to make the number 10 spot! 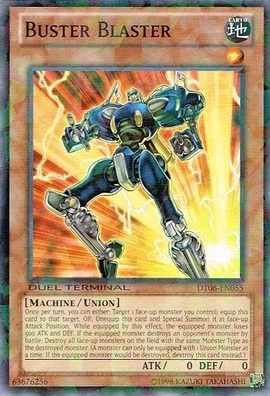 Entering at number 9 is Buster Blaster, with yields a fairly situational but powerful effect. Just like the previous entry, it provides the equipped monster with 500 ATK & DEF. This union monster doesn’t have any requirements so it can be equipped to any monster on the field. Upon destroying your opponent’s monster in battle, Buster Blaster’s effect will kick in and destroy all face-up monsters on the field of the same type. Sounds great…Except it can destroy your own monsters too!

Despite being a fire attribute dragon type monster, Trigon can only work in a light attribute machine type deck. While it does boast a considerable DEF stat for its level, its true power lies in its ability to summon monsters from your graveyard. It can only be equipped to a machine type monster which is a shame, it’d be a lot more useful if the requirements were a bit more lax. 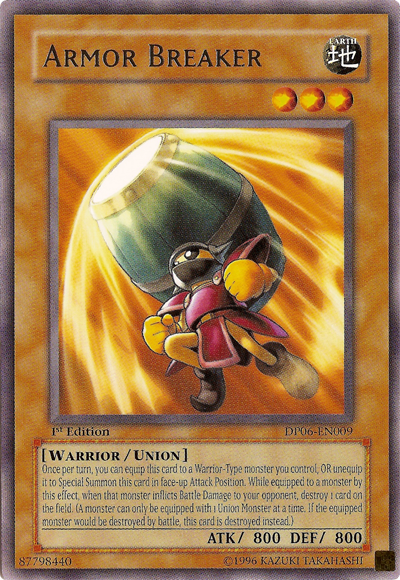 Oh man, Armor Breaker is so annoying when paired with Spell Striker. You must equip this card to a warrior type monster which is fine, warriors love to attack and they’ll get the most out of Armor Breaker. If that monster inflicts battle damage, you can destroy a card on the field. Again, this isn’t difficult to achieve with warrior monsters. 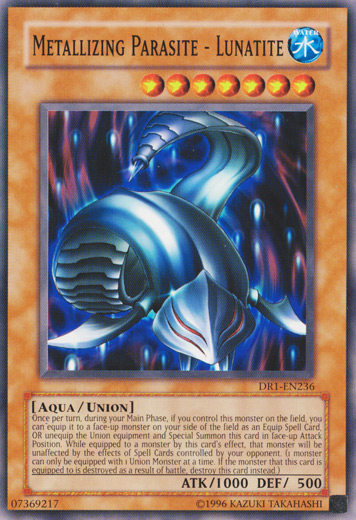 Working best when combined with A Legendary Ocean, Metallizing Parasite – Lunatite is a great union monster. It can be a pain to summon, which is why I mentioned that field spell. Such difficult to summon is justified though, equipping it to a monster will make them immune to your opponent’s spell cards. 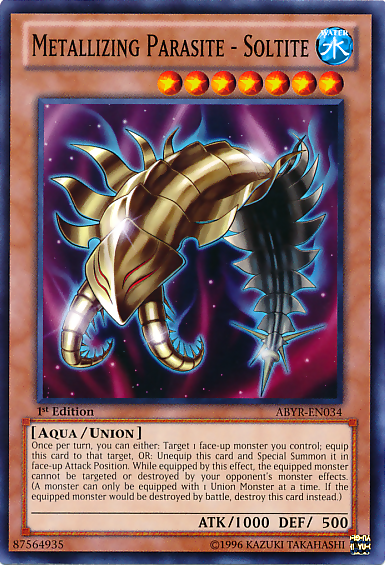 Metallizing Parasite – Soltite is pretty much an exact copy of the previous entry, only it makes the equipped monster immune to trap cards instead. Imagine if you could equip two union monsters, that’d be insane!

It suffers from the same drawbacks as Lunatite but I placed it higher because trap cards tend to be a bit more destructive than spells cards. 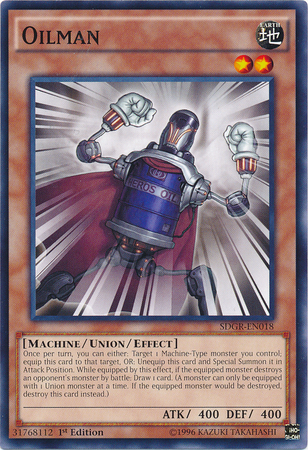 It makes sense for the machine type to have the most union monsters based around them. Oilman is yet another monster that can only be equipped to a machine type monster. It’ll allow the player to draw 1 card whenever the equipped monsters destroys another monster, this will help towards your victory aspirations. 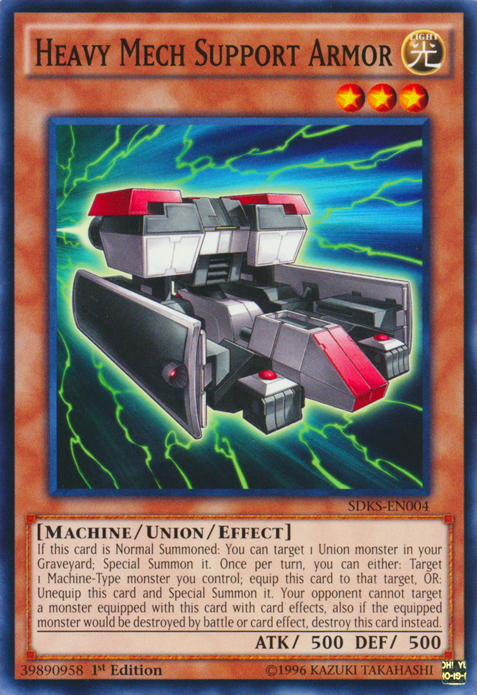 Can’t believe I never knew about this card before researching items for this list. Heavy Mech Support Armor appears to be an upgrade over the 10th entry in this list, favoring immunity to being targeted over a small ATK/DEF boost. Its summoning effect is decent too, especially when you consider the fact it doesn’t state one monster can only be equipped with a single union monster. 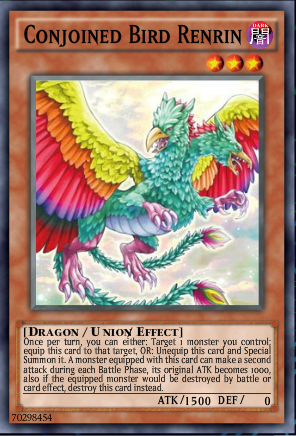 Cool, a dragon type union monster. This card hasn’t actually been released in English yet but I think it’s better overall than others on the list. Starting off with its ATK stat, 1500 is decent for a union monster, so you have that option if needed. Conjoined Bird Renrin provides the equip monster with 2 attacks per battle phase, although it does reduce the monster’s original ATK to 1000. 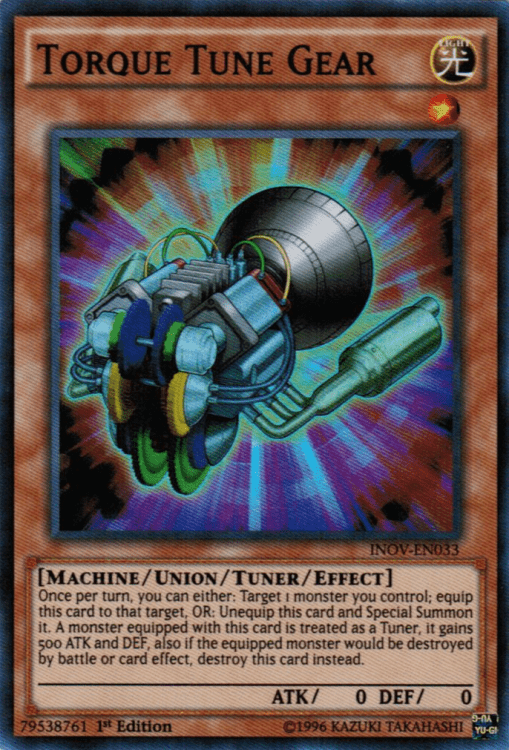 Arguably the only card on this list that might actually be useful in a viable deck, Torque Tune Gear is amazing. As a level 1 tuner itself, it can be used to synchro summon when called upon. If you choose to equip it, the monster its equipped to will become a tuner, further increasing your options. The 500 ATK/DEF boost is small but also handy in certain situations. This union monster offers far more than any other in the game, making it the best in Yugioh!