Hulking monsters, heavily armored infantry and epic cavalry form the backbone of the Warriors of Chaos’ armies. Chaos god worshipers descend from the North, leaving only desolate wasteland in their path. In terms of in-game capabilities, Warriors of Chaos are fairly limited in their potential. A distinct lack of ranged power lets them down considerably, although their power in melee is uncontested.

The core infantry units available to the Warriors of Chaos are of course Chaos Marauders, Chaos Warriors and Chosen. The latter 2 can be equipped with a variety of weapons, allowing you to tailor your build quite well. Some units are definitely worth using over others though, as you’ll see on this list! 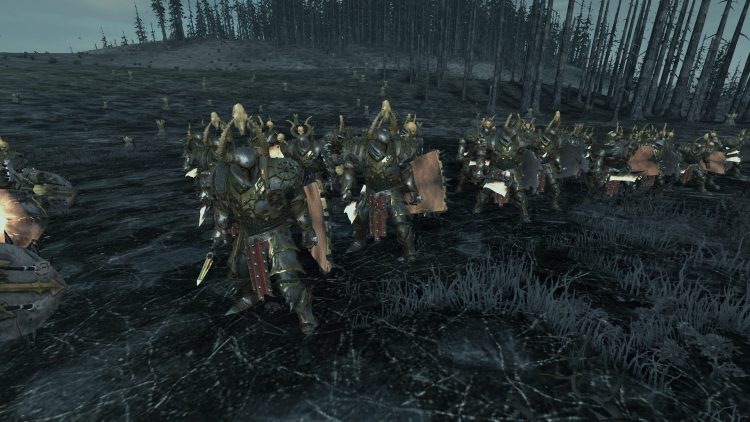 Honestly you could take out this entry and replace it with the great weapons or halbers variant. It really depends on your army composition, Chosen in general are overall the best infantry unit available to the Warriors of Chaos. While they lack a slightly lower unit count than the ordinary Chaos Warriors, the stats are superior enough to give them a spot on the list. Chosen sport higher stats across the board, both offensively and defensively. 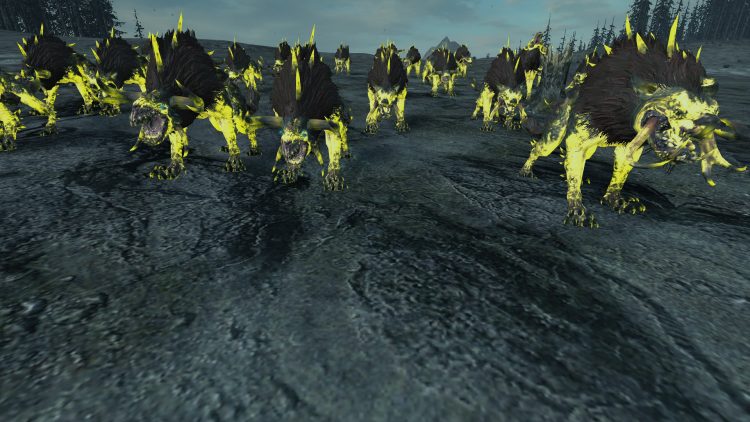 Chaos Warhounds with poison attacks might be the only entry due to personal bias. I love these guys, they’re so effective for how cheap they are. A high speed stat allows them to act as a sort of light-cavalry unit, they really shine when charging into a fight that’s already started. A rear charge will demolish the leadership of the enemy unit, while simultaneously reducing their combat stats due to poison attacks! 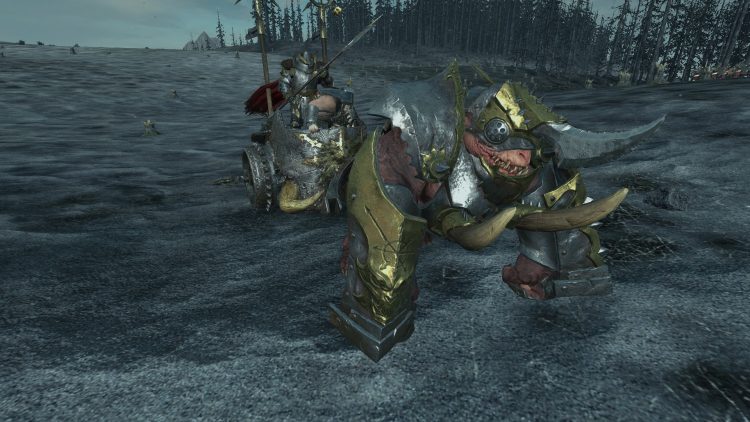 All chariot units belonging to the Warriors of Chaos are great choices, the Gorebeast Chariot is a world above the regular Chaos Chariot, though. Armored, armor-piercing and bonuses vs infantry allow this unit to decimate entire ranks of enemies. On the flipside, each unit only comes with 2 models and they’re very, very vulnerable to ranged fire. Gorebeast Chariots are effective enough to make the list but weak enough to not reach the top 5. 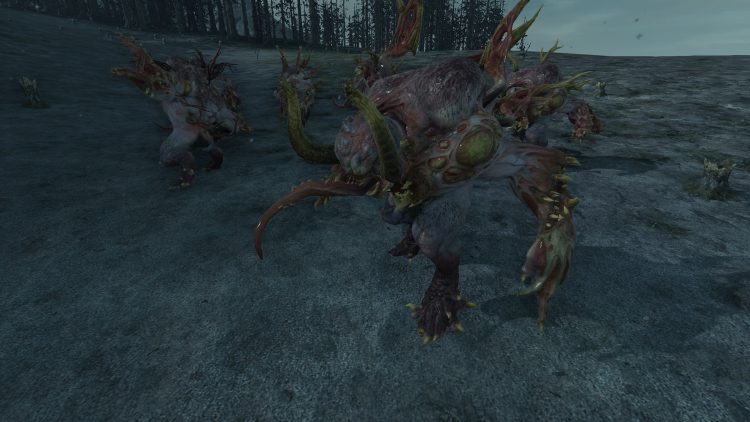 One of the most terrifying sights to behold in the Warhammer universe is a unit of Chaos Spawn, which coincidentally does cause fear but not terror. This unit has low defensive stats but if they can reach melee range, they won’t need them. Chaos Spawn will cut through infantry ranks with ease, routing enemies and destroying those foolish enough to stick around. Don’t worry about them running as soon as the fight  starts to look bleak,  Chaos Spawn are unbreakable too! 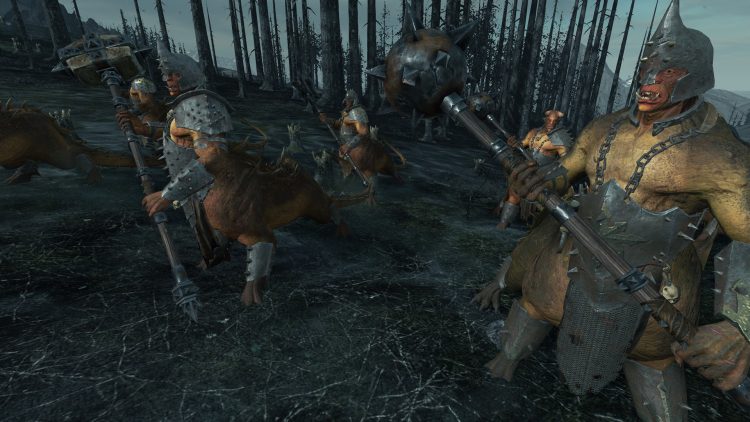 Dragon Ogres are ancient beings, capable of living forever if they stay away from war long enough. The battlefield is the only place they can die, giving them a huge power boost when they’re in the frey. High damage is the norm for a Dragon Ogre, as they have no problems fighting either infantry or large units, they hit hard regardless. Low defenses reduce their staying power but that’s justified, they’d be absurdly broken if they were a bit tankier! 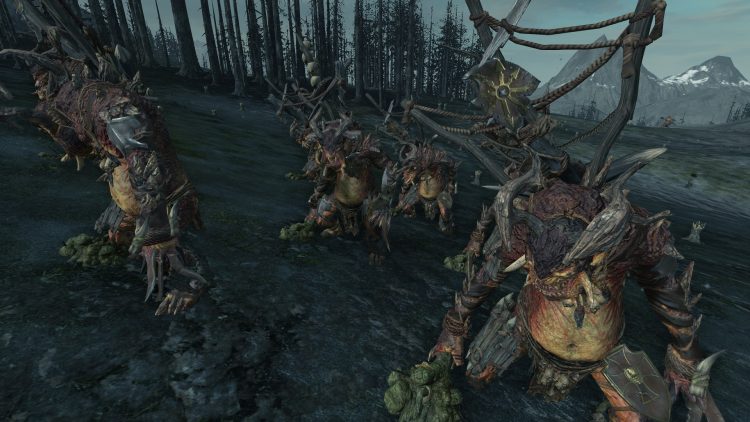 Everyone knows how strong Trolls are, despite their lack of leadership and intelligence. A single swing from one of these beasts will cleave multiple enemies, sending them to their doom. With such offensive power, you’d think the trade-off would be a vulnerability to being focus fired. Not anymore, as Armored Chaos Trolls are one of the most difficult non-single-entity units in the entire game to kill. 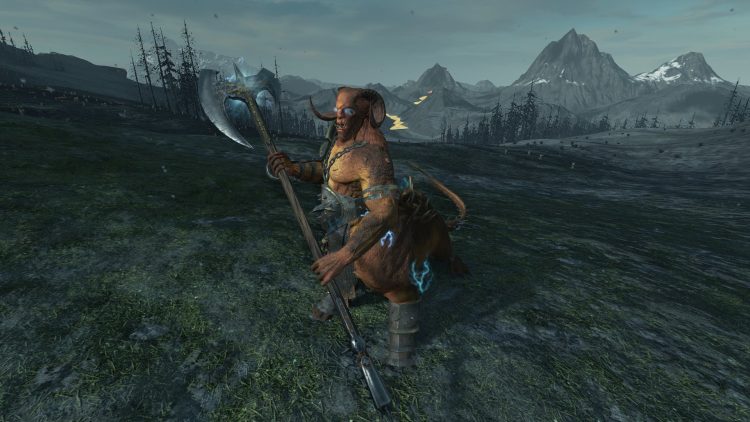 Arguably the biggest issue with units like this is their size, as every ranged unit will be able to shoot them. The Dragon Ogre Shaggoth repays the huge investment required to obtain it by accompanying itself with a massive 25% missile damage reduction. A huge HP pool, bonuses vs large and crazy high armor-piercing damage make a Dragon Ogre Shaggoth amazing in combat. It also has surprisingly high speed too, further adding to its competence on the battlefield! 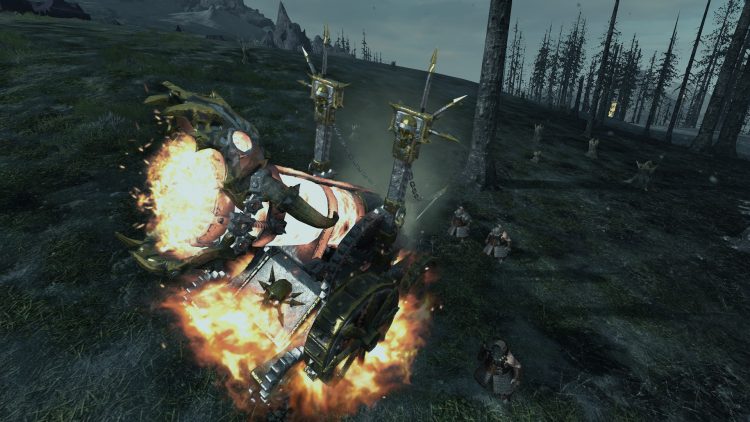 Of all the artillery pieces the Warriors of Chaos could possibly make, you have to give them props for getting the Hellcannon spot on. Not only does it hit like a truck, each shot will reduce the leadership of enemies hit. Every Warriors of Chaos army composition needs a Hellcannon, to put it simply, there’s no reason not to include one. Also, it looks awesome, which is a huge boon in a game about immersion. 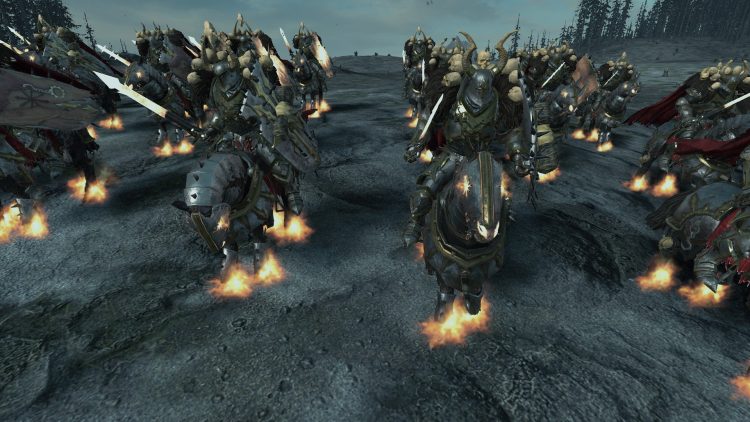 The bulk of cavalry available to the Warriors of Chaos comes in the form of Chaos Knights, both the base variant and the Lances version. Both unit types are successful at what they’re supposed to do, with great base stats to propel them into the top 3 on the list. Wielding high armor and shields is incredibly beneficial, making them surprisingly tanky despite how much damage they can dish out. 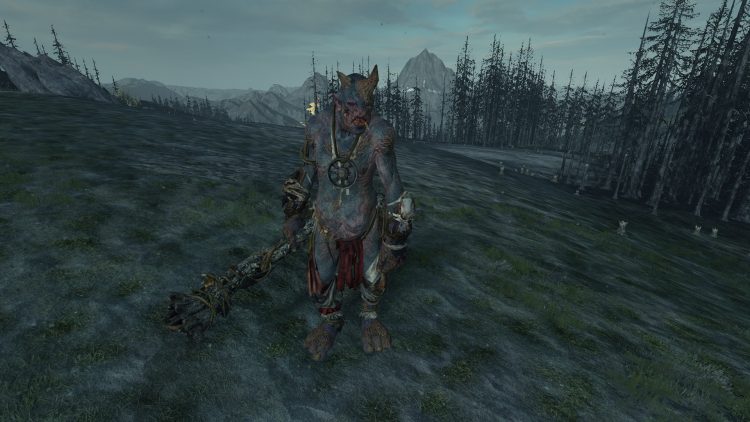 You can look at the entire Warriors of Chaos roster, maybe even the rosters of the entire Old World factions and you won’t find a unit as scary as a Chaos Giant. This unit is exactly the same as other Giant units in terms of stats but combine it with the rest of the units available to the Warriors of Chaos and you have an even scarier monster. Sure, Giants are slow, lumbering beasts but once they get into the fight, they’ll stay there until their enemies are dead.