Only 18 Rank 1 XYZ monsters exist in Yugioh, they wield some of the more unique and interesting effects of all XYZ monsters. Seeing as they’re the lowest rank possible, their ATK/DEF stats tend to be very low. However, if you’re running a high multitude of level 1 monsters, I’d be surprised if high ATK/DEF stats are the focal point of your strategies. Kuriboh decks love these XYZ monsters the most, as do the recently released Relinquished support.

Please be aware that none of these cards are viable competitively but let me tell you, the thrill of beating someone (even casually) with level/rank 1 monsters is so satisfying! 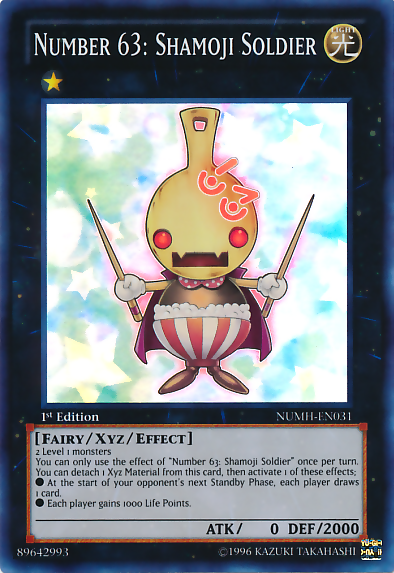 With so few choices available, one or two had to make the list that are a bit too niche. Number 63: Shamoji Soldier is one of those cards that only works in certain deck strategies, it’s not something you want to use in any deck containing level 1 monsters. Just 2 level 1 monsters are required to summon this monster though, with 2000 DEF it can certainly hold its own in the early stages of the game, before the boss monsters come out! 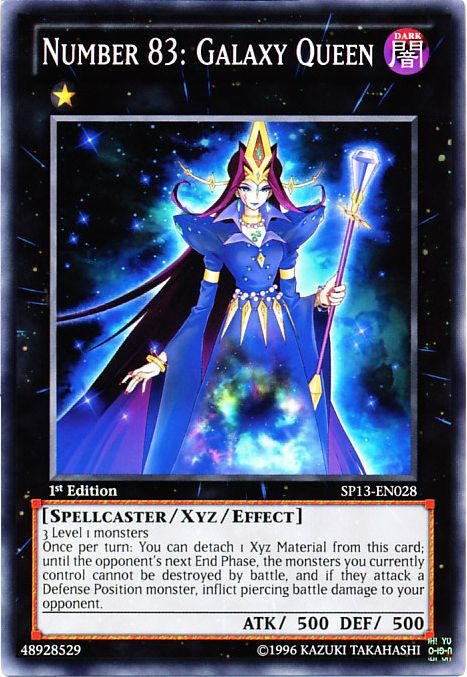 Granting battle protection is awesome, it’s so common for players to summon a bunch of monsters in one turn and attack for game. Galaxy Queen will keep your monsters in the fight and you can use it 3 turns in a row!

Unfortunately, you’ll have to give up 3 level 1 monsters to get this Queen out of the extra deck and its effect can only be used in your turn. Otherwise it’d be much higher on the list. 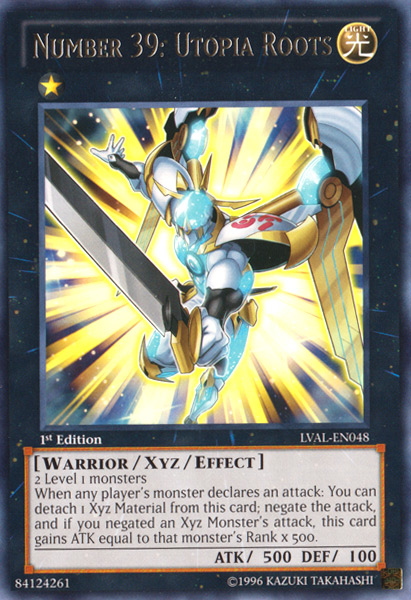 Utopia Roots’ power comes in the form of deception, does your opponent attack? Will they risk you detaching a material? Defensively it’s superior over its original counter-part, although this version has no offensive power, except in certain situations.

This card’s effectiveness does wane against non-XYZ monsters though so keep that in mind. 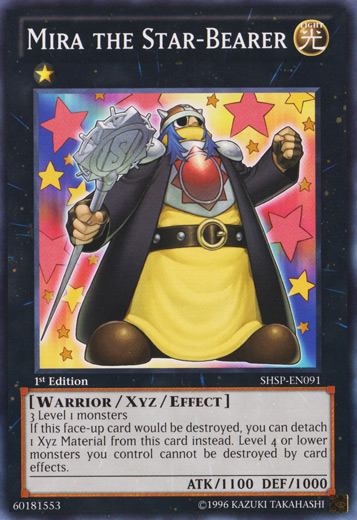 Offering a great deal to any stall or defensive deck is Mira the Star-Bearer, almost single handedly keeping your opponent at bay. You do need to overlay 3 level 1 monsters which can be a challenge but in a stall deck, it’s well worth it.

A huge problem is its secondary effect, as it only prevents monsters with levels from being destroyed. If Mira the Star-Bearer gets destroyed, your monsters will no longer be protected. 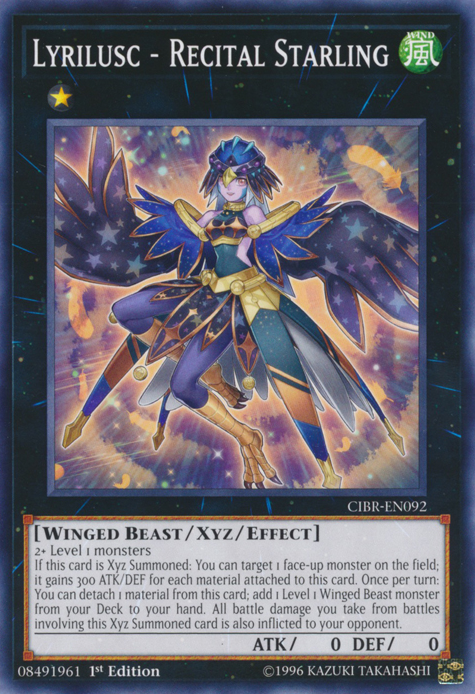 Summoning big boss monsters is the law of the land nowadays, even 3000 ATK or higher monsters are easy to summon in the first or second turn. When faced with such overwhelming odds, using cards such as Recital Starling can be hugely detrimental to your opponent’s efforts. Any battle damage you take is also inflicted to your opponent, if you can combo this with Waboku or Spirit Barrier then you can deal a huge amount of damage. 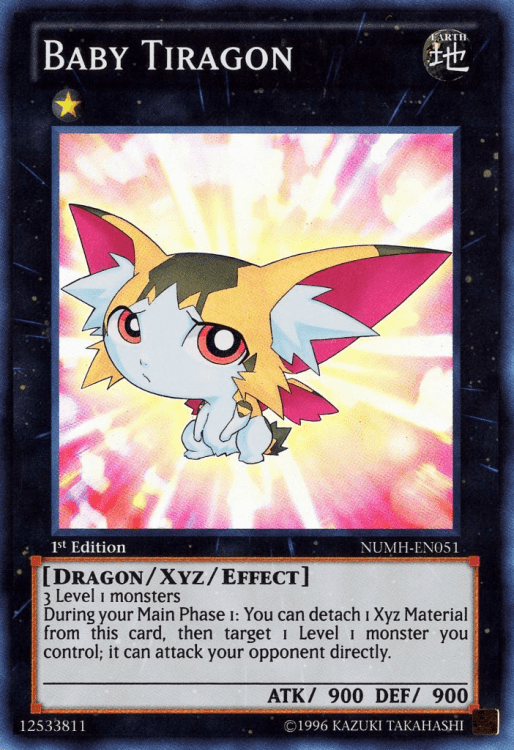 Not only can you use Baby Tiragon’s effect up to 3 times per turn, the monsters that gain the ability to attack directly gain it permanently, so long as they’re still on the field of course. If you combine this strategy with equip cards and others like Solidarity, you have a really fun combo at your disposal. Baby Tiragon just had to be made a Dragon type monster though didn’t it, which slightly reduces its capacity to fit into some type-only decks. 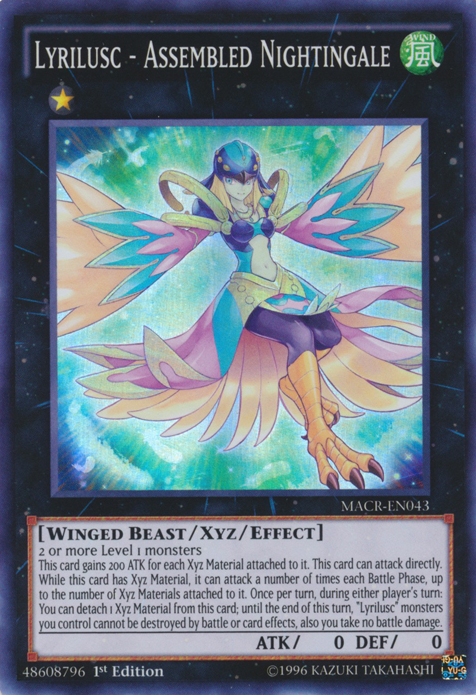 Is it just me or does this monster seem insanely strong when equipped with some ATK boosting cards? United We Stand, Mage Power etc. All of these would allow Nightingale to attack for heavy damage, it even has its own built-in protection. Thankfully this rank 1 XYZ monster isn’t limited to a specific attribute or even type, so any deck containing level 1 monsters can find a home for it! 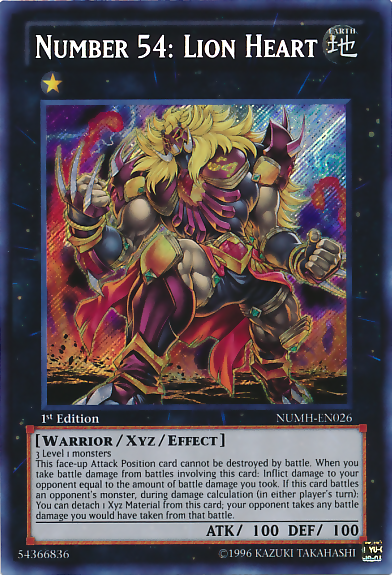 Why did they have to waste such awesome art on a rank 1 monster? While it is cool, surely such an awesome piece of artwork should be reserved for a high level boss monster. Just like I mentioned with the number 6 entry, you can attack an opposing boss monster with Lion Heart to take no battle damage yet deal a ton in return. A lot of decks have unkillable boss monsters with a wide array of support cards but they never expect a seemingly suicidal attack! 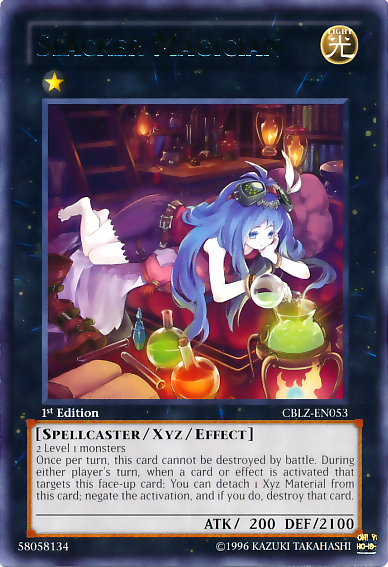 Only 2 level 1 monsters are required to summon this spellcaster monster, one that will happily defend your life points for many turns. 2100 DEF is nothing to turn your nose up at, it needs to be beaten in battle twice to go down and it can negate up two targets on it. Overall, it offers such defensive prowess for such little cost that it had to make the top 3 on this list! 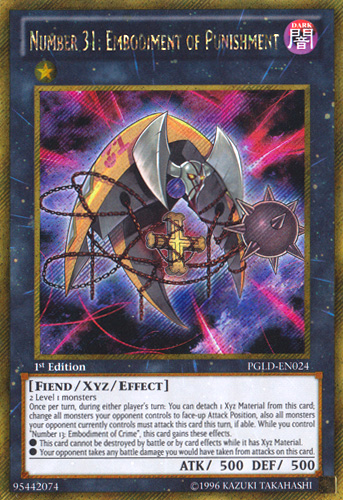 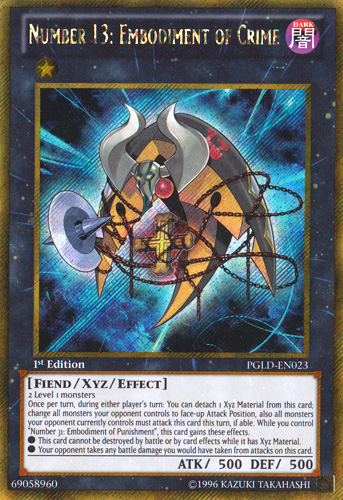 The only rank 1 monsters you’ll need, ever. These particular monsters are almost exactly the same so they had to make a double entry. While their effects only work when they’re both on the field, they’re well worth it as you only need to give up 4 level 1 monsters and you have an amazing field. Forcing your opponent to attack is one thing but them taking the battle damage and your monsters remaining on the field is another thing entirely.

Embodiment of Punishment/Crime combines all the greatest effects of the previous entries into a duo of cards any player should have!

What about Number 78: Number Archive or Sylvan Princess?

“Number 78” , only works on number cards and “Sylvan Princess“ is really only good for plant monsters. However I am wondering why is “ disdainful Bird of Paradise ” not on this list. 2 level one monsters for a card that is unexpected by card effects and by detach 2 overlays it can’t be destroyed by battle and you take no damage with it for that turn.