One of the biggest things in Destiny 2, besides getting the best weapons and armor, are the coolest cosmetics! Not just for those weapons and armor pieces, but for your Ghosts, Sparrows and even your Jumpships! Which is exactly what we’re here for today, that’s right the Top 10 Most Popular Exotic Jumpships in Destiny 2!

Starting in the bottom of today’s list is our first Exotic Jumpship, Kabr’s Glass Aegis. A ship brought in during Season 2 and obtainable through Bright Engrams. Having a unique look of it’s own is the reason it made it on the list. 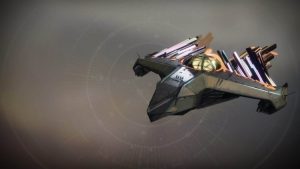 Next up in our list of Exotic Jumpships is the Chela-N, a ship revealed during Season 7 from Tess Everis at Eververse. It’s elongated shape gives it a sharp blade-like look, making it a unique ship to have. 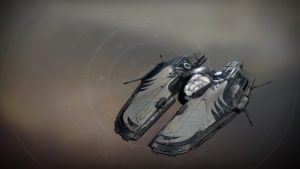 At Number 8 is the Exotic Jumpship called Lost Legend, a ship that has that Braytech design to it. It was dropped during Season 3 and obtained through Bright Engrams and the Prismatic Matrix.

This next Exotic Jumpship is a holiday exclusive called Glad Tidings, which by its name was obviously given to us during a Winter event, but specifically Season 5’s Winter event; showing some Christmas Spirit, Guardian style! It was part of the Dawning Set and obtained through Bright Engrams. 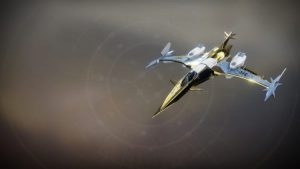 The ship bringing it up behind the halfway point is the Exotic Jumpship, Sails of Osiris. Which for those of us that played Destiny 2 longer than the default campaign, we know this ship comes from the Curse of Osiris DLC from Season 2 and gained from Bright Engrams. 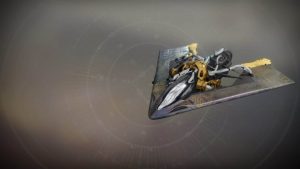 Hitting the halfway point now and we certainly have an Exotic Jumpship that has some “flash” to it, that’s right it’s the Cerulean Flash! Also part of the Dawning Set you could get from Bright Engrams, but this was in Season 2 making it older than Glad Tidings. 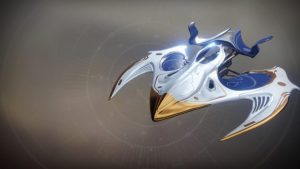 Now Number 4, the Black Peregrine, is an interesting Exotic Jumpship (to me) partly due to the fact that it reminds me of the SR71 Blackbird in a way due to it’s shape and slick design. Though you were only able to get it from the Forward Scout Bundle, an Eververse Package in Season 6. 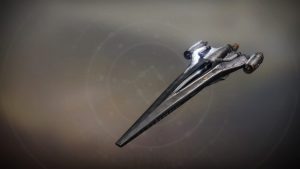 The Exotic Jumpship in Third is one of the more aggressively unique ships (meaning one of the few Jumpships that look like fighters) called Unfinal Shapes. Obtained from Bright Engrams and the Prismatic Matrix during Season 4. 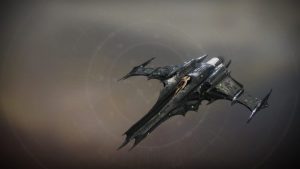 Though the next Exotic Jumpship is in Second, doesn’t mean it wasn’t a close one to first; it’s the A Thousand Wings, a ship that looks like it goes with the Whisper o the Worm Sniper Rifle; like the Exotic Sparrow Harbinger’s Echo. Obtainable only by completing the Exotic Quest or Challenge required for it in Season 3. 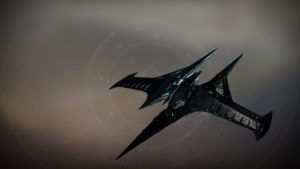 Coming in at the top of our list is the Exotic Jumpship; Ada-1’s Lone Wolf! One of the most, if not the most badass looking ships in Destiny 2 simpy due to it’s design that makes it look like a ship with some heavy artillery. This ship was yet again gained from Bright Engrams and the Prismatic Matrix, but in Season 5. 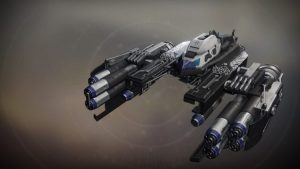