Skip to Content
You’ll need to defend yourself the instant you spawn into a Rust server.

Players aren’t the only thing to worry about, animals are just as dangerous, if not more so in the early stages.

To help you get through this initial survival, a melee weapon is needed to grant you a much better chance.

Some melee weapons are only available late-game and well, they hit really hard, as expected.

Rushing bow-wielders with a melee weapon can be a surprisingly good tactic of snowballing.

I see a lot of players simply try to run away but you won’t get far if the enemy is a half-decent shot, stand your ground!

The list below will go through the 10 best melee weapons. Letting you know what is best for killing players and breaking barrels at all stages of the game!

Disclaimer: rankings are affected by how easy a weapon is to obtain. An easily obtainable bad weapon for a new spawn is better than a late-game half-decent weapon.

At the start of a wipe, you see bone clubs everywhere. Fast attack speed and the ability to gather both stone and wood quickly, albeit poorly, makes them an early favorite.

Low damage and limited reach makes it lose to many other melee weapons, but bone clubs are great for breaking barrels! 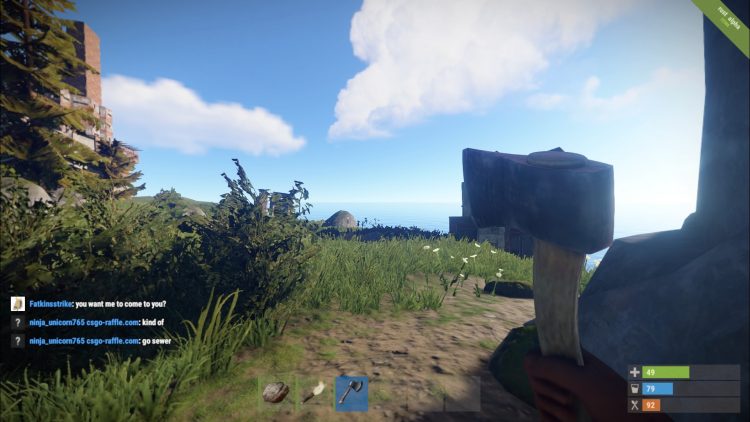 With 15 damage, it’ll take 2-3 hits to break a barrel, with a fast attack speed. 30 damage headshots are very nice, allowing you to kill low geared players quite easily.

But hatchets are one of the best wood-cutting tools in the game, you really need a hatchet as soon as possible.

One of the best places to get them is in mining carts, found in caves. 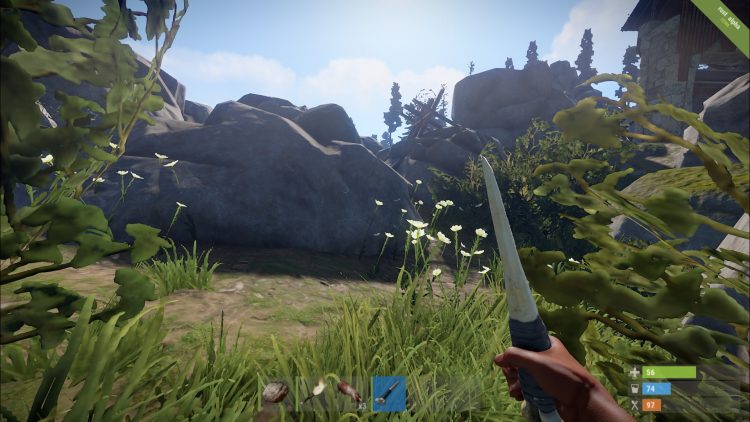 Your go-to skinning tool, always have a bone knife handy, as they cost a piddly 30 bone fragments.

But they are best used to either finish off low targets, or to skin corpses for their meat and hide. 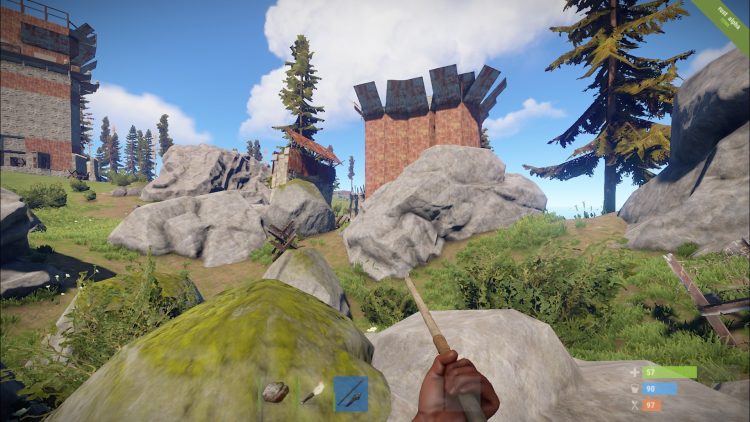 Stone spears are exceptional throwing weapons, dealing up to 75 damage for a thrown headshot!

Huge reach makes it almost unbeatable in melee fights too.

It’s placed 7th for how difficult it is to actually learn. Sure, you can 1v3 fights if you use the reach advantage perfectly, but many players don’t want to put the time into it.

Also, the crafting cost & times are just too much for a low-geared player. 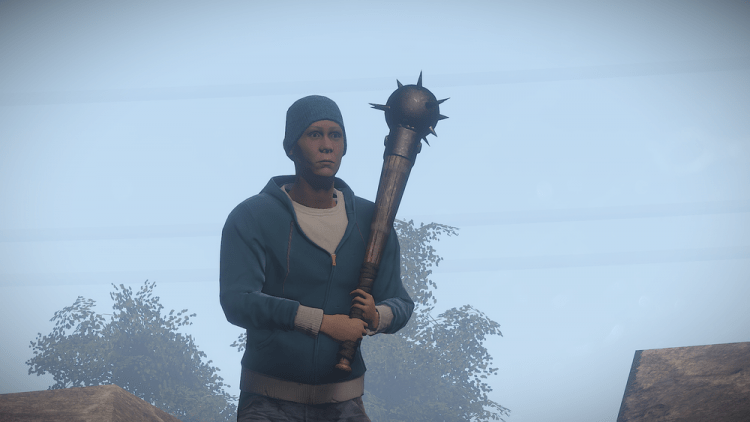 Often found in toolboxes, maces are a common melee weapon in Rust, and many clips have been made from mace plays.

It has a few funny uses, as having one in your inventory will kind of look like a rocket launcher, fooling players into thinking you got lucky, causing them to be complacent.

Use a mace to camp inside a building, wait for the enemy to enter, headshot them with the mace then throw it into their back as they’re running away! 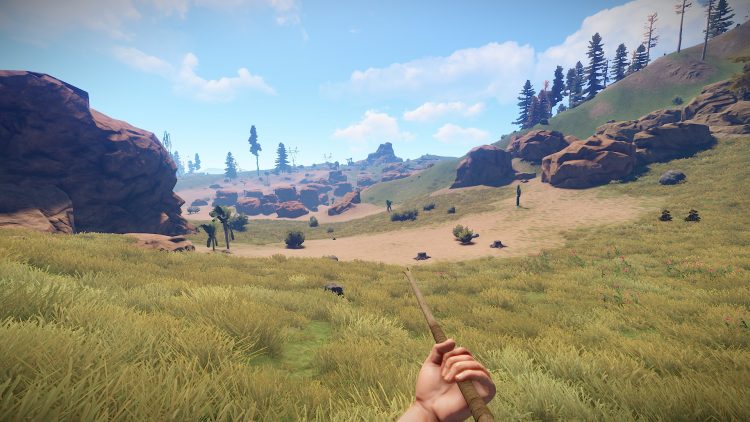 Loved by the Rust community, you have to love the primitive stage of a wipe, when you have 12 people all throwing spears at each other in any given area.

A thrown spear will deal 60 damage to the head on an unarmored target.

It’s recommended to equip at least 2 or 3 spears in your hotbar, throw one then switch to the other, etc. 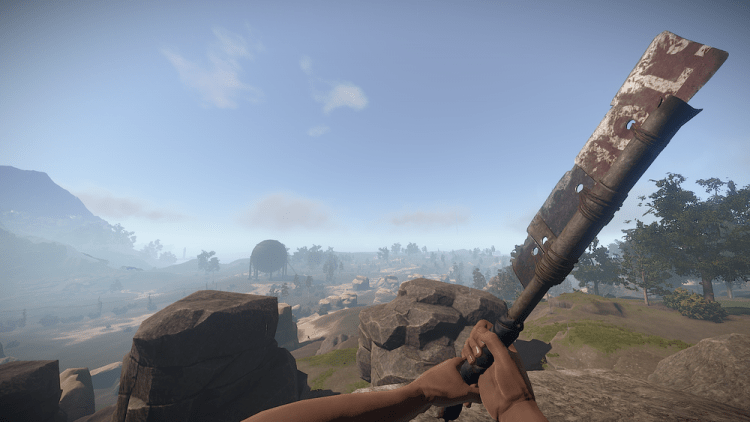 My personal favorite, and the premiere barrel-breaker, as it can destroy them with one attack.

It takes 2 seconds to produce one attack, so you need to be accurate and make sure you don’t miss against other players.

Found most commonly in toolboxes, loot them as much as you can during the early stages of your wipe, to dominate the rest of the primitive players. 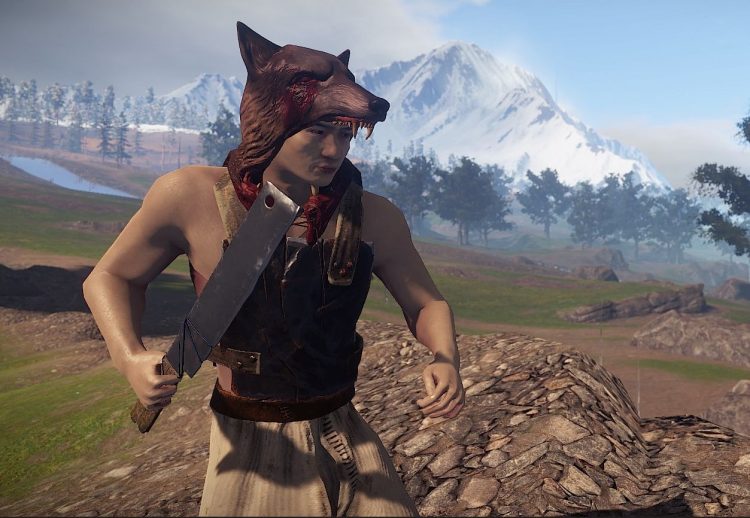 Criminally under-rated as a melee weapon, the machete is a fast attacking blade with cheap crafting requirements.

Fast attack speed, paired with high bleed damage, means a few hits is all it takes for an enemy to bleed out.

Also a good skinning tool, it’s an all-round excellent weapon at all stages of the game. 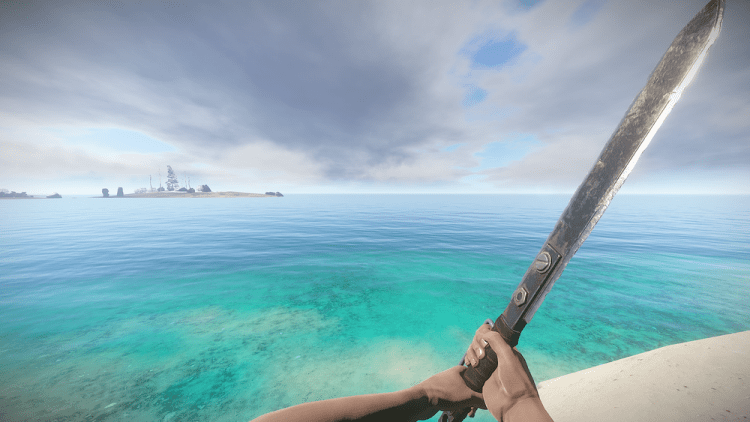 The most powerful melee weapon in terms of damage per hit, the longsword is a high-tier weapon that requires a level 2 Workbench to craft.

A headshot will deal 150 damage, more than enough to kill any armored targets upto Hazmat!

Throwing it will only deal 30 damage, which is never worth it.

Players mostly use this to deal with annoying primitive players or barrel farming.

Due to the tier, you’ll have guns at that point and will rarely need a melee weapon. 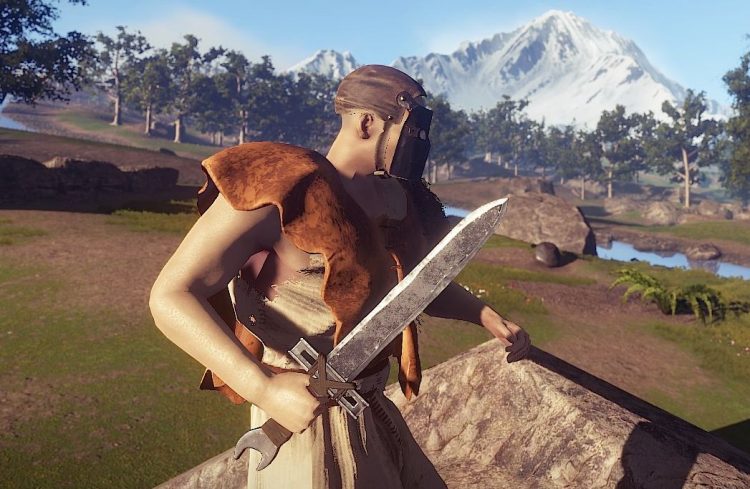 Amazing barrel breaker and renowned for its potency in PvP, the salvaged sword is also a good eco-raiding option.

It takes 5 salvaged swords (75 metal fragments) under 3 minutes to destroy a Tool Cupboard.