Max & Paddy is a hilarious British comedy show  that ran from November to December of 2004. It was widely received as a great show, earning over 4,000,000 viewers on the first episode and over 3,000,000 on the last. Fans have been calling for a new series, or even a spin-off ever since, but all we can do is watch the best moments over and over. Here’s a collection of the top 10 best Max & Paddy moments!

The comedic duo’s motorhome fails in the middle of the road, Mick Bustin promptly arrives to give help. They wait a while before returning, only to be told it’ll cost £500 to fix. Max and Paddy don’t like the price, so they wait until the mechanics have left the building and attempt a daring rescue & recovery mission. Breaking in to the building, they get their home out A-Team style and steal Mick Bustin’s keys, enacting revenge. 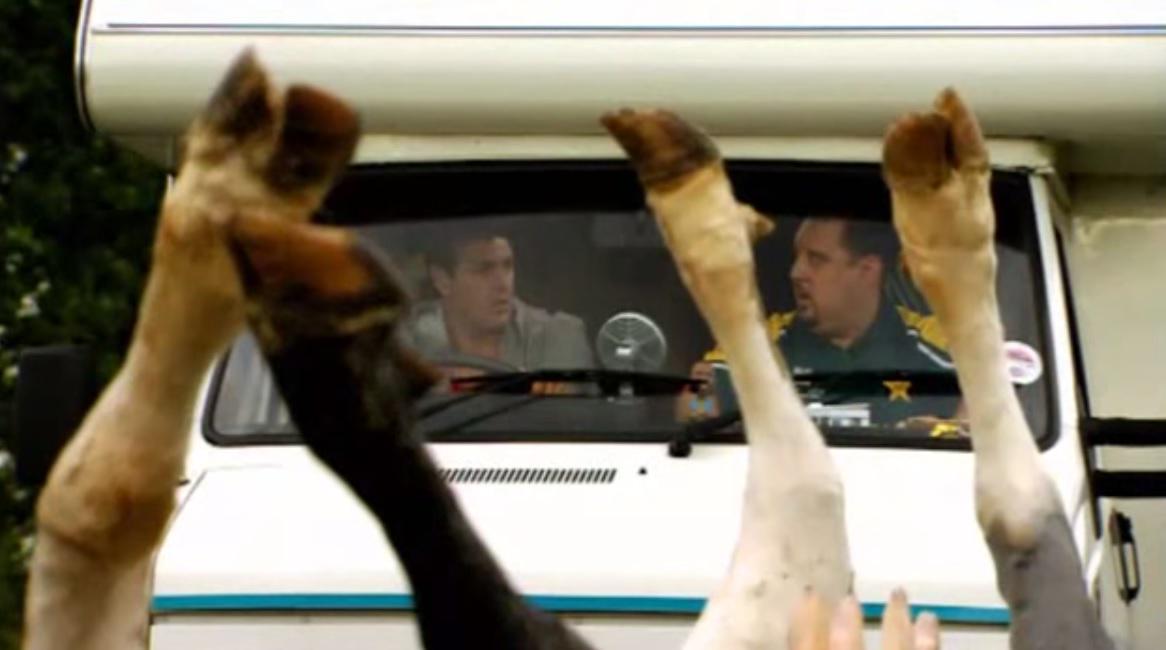 Driving through the country, Max & Paddy talk about some food they’ve had in the past. Paddy, the drive, is completely unaware of the road while he’s describing chicken. Max sees what’s coming, a cow is stood there right in the middle. Paddy can’t break fast enough and hits the cow head on, making it fly through the air. This was one of the funniest moments in the entire show! A hilarious little sketch is when Max is reminiscing about Tina to Paddy. It shows a short of them both at a fairground, with Max promptly punching any who comment or laugh about Tina’s height.

After Max & Paddy are sent to jail, Brian Potter, the owner of the Phoenix Club, pledges to get the ex-doorman out of prison. The duo tell him not to do anything as they need to lay low, but Potter doesn’t listen. He managed to get on national TV and explains everything about Max & Paddy, which the inmates see, ruining their disguise. This causes all kinds of problems for Max & Paddy so, when they get out, they prank the Phoenix Club by telling the UK’s biological department that the club needs to be checked. This leads to a number of hilarious scenes.

This whole episode will be classed as a ‘moment’ as there’s too many hilarious scenes. From them taking out the speed camera to Max giving a hostage waitress medical advice, the whole episode was a fitting way to end a great series. 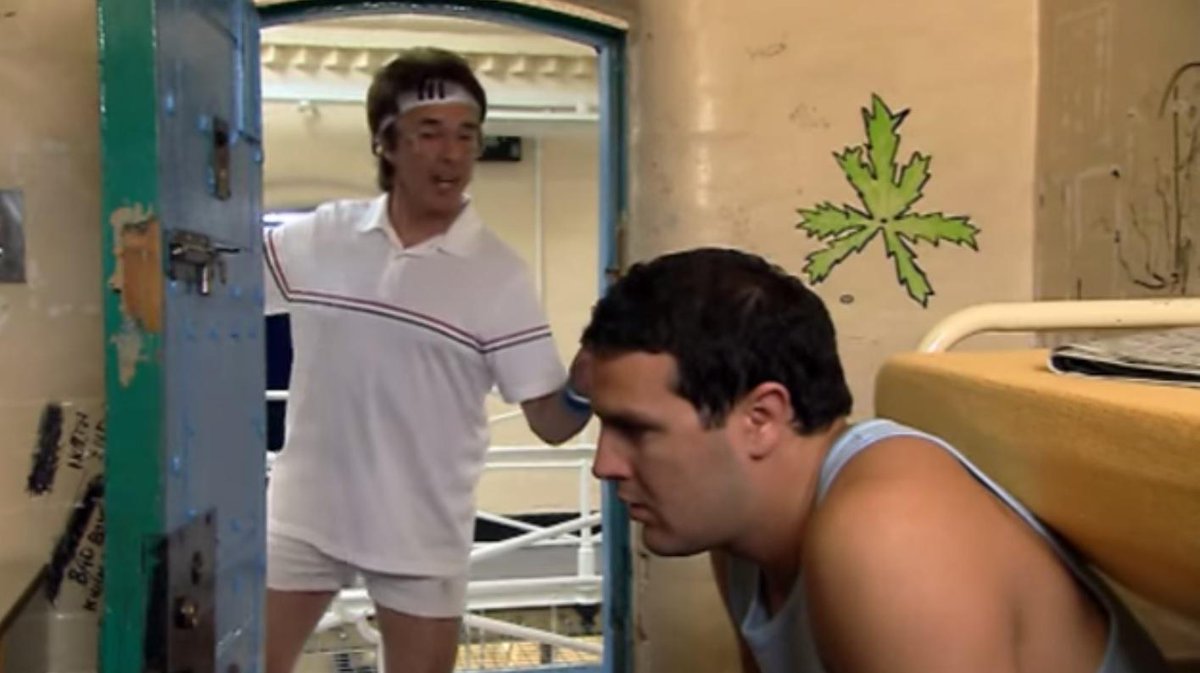 One of the most legendary characters in the series, Cliff Richard spouts a number of brilliantly funny lines to leave us in stitches. Whether it’s the “tennis” lines or the “Hi, I’m Cliff”, this character is memorable indeed. 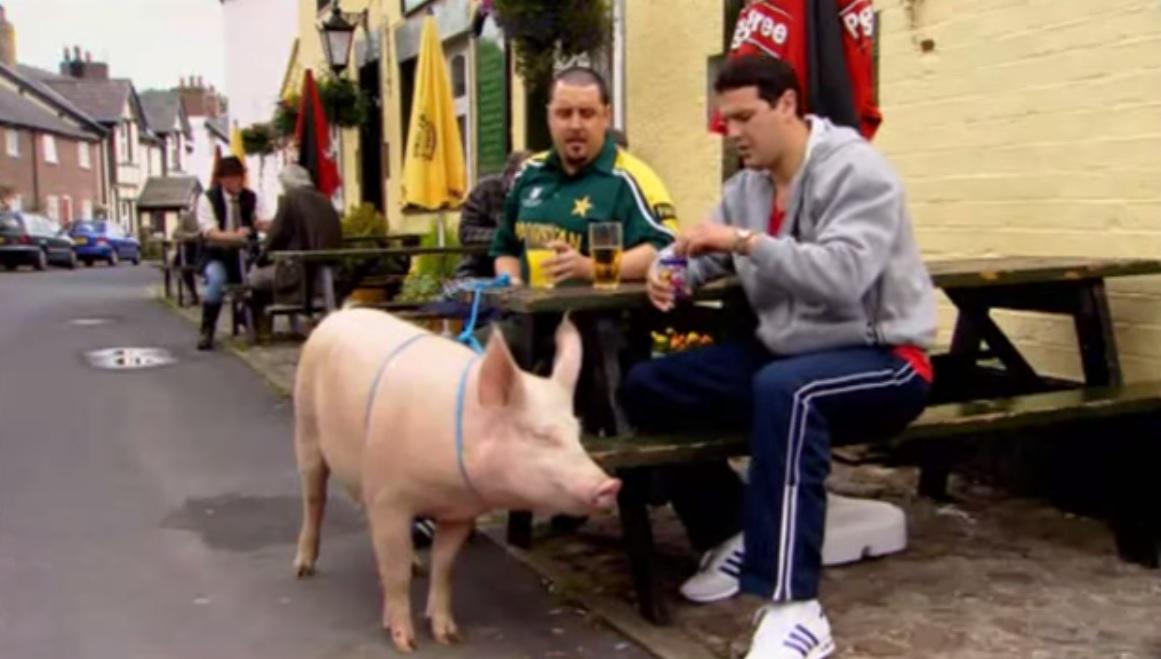 This rib-tickling episode was one of the best as the two main protagnists struggle to cope with and sell a pig. They receive it as compensation for hitting a cow and go on an adventure to get money from it. They try everything, go to butchers, sell it at market, even try to breed. Their wacky failures culminate into a fabled episode.

3. Paddy in the club Paddy and Max are having a bit of home trouble as they argue over Big Bob’s Beans, due to money issues. Paddy convinces Max that they need a night out, so they hit the club later that night. What follows are some of the cringiest, yet funniest, chat up lines in history. You know the ones. “Can you catch love? ‘Cause there’s a couple of balls coming your way”

Put the cake down flower and piss off!

As Max & Paddy are in prison, they assume intimidating personalities in order to make their life there better. One of the ‘girlfriends’ of the inmate who runs the place encounters some sponge cake belonging to someone who owes him money, Max respondes by telling him to piss off. Those 2 lines are famously funny and some of the best in the series. 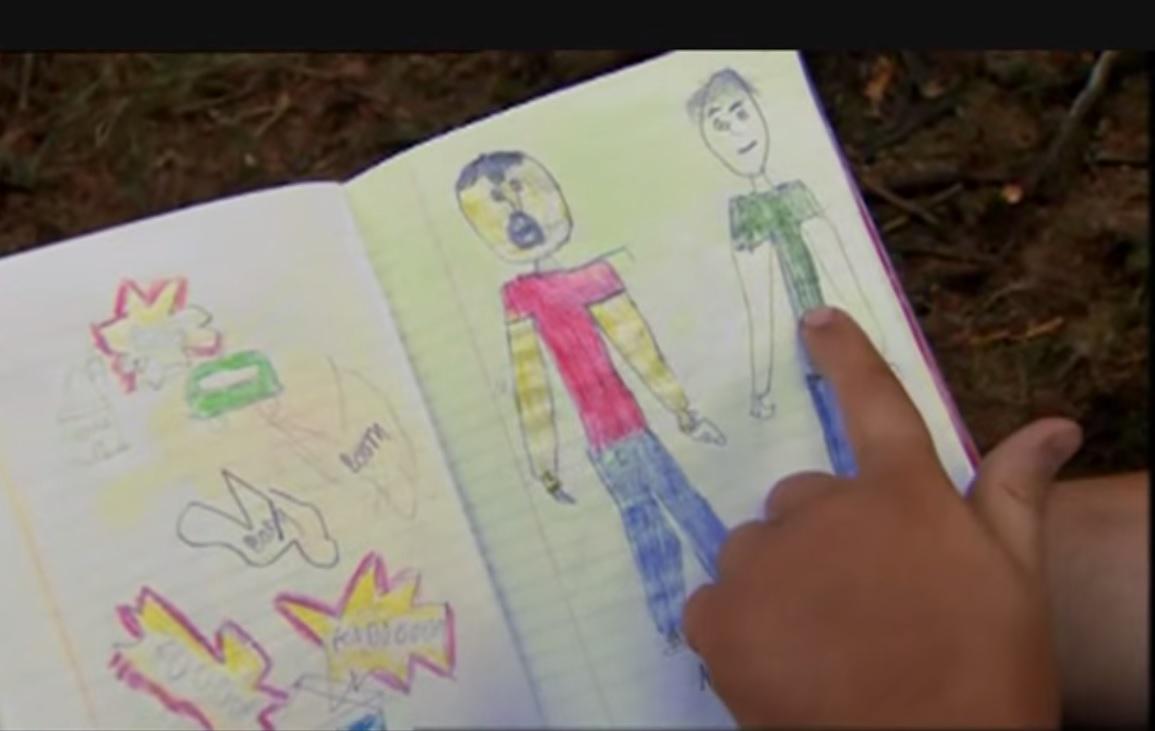 By far the best moment in Max & Paddy is the Magnet & Steel scenes. As Max & Paddy discuss their favourite duos, Magnet & Steel are mentioned and Max shows Paddy his ‘work’. What follows is the scribbles of a kid, crudely drawn images that are hilarious to behold. “Get him Magnet! Bang! I’m Evil, I’m Evil!” being the standout line, they have everything from a helicopter to a secret laboratory. Definitely the funniest moment of them all.