Recently released in the second edition of the TOTAL WAR: WARHAMMER series, the Lizardmen are a welcome addition to an already great set of games. This race is the oldest of all, being able to trace their lineage all the way back to the earliest days of the Earth. As expected, they have a wide range of units to choose from, fielding powerful mages or intimidating dinosaurs. This list will take a look at the best units the Lizardmen have to offer, which should help if you’re struggling to get a grasp of their army compositions.

Blessed spawnings & regiments of renown will be excluded as I want to focus on the more core units available! 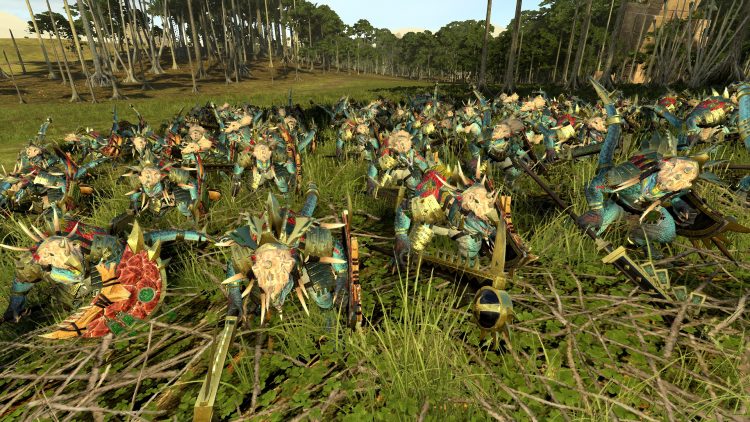 You’re wondering “why is their most elite infantry unit only in 10th place?” and I say to you good sir, why not? For how expensive they are, Temple Guard don’t bring enough to the table. Sure, they have great stats and can hold their own against a myriad of opponents but they’re very underwhelming. For some reason, they have bonuses vs large instead of effectiveness vs infantry. Most large units will deal heavy damage regardless, so they’re barely cost efficient compared to the other units on this list! 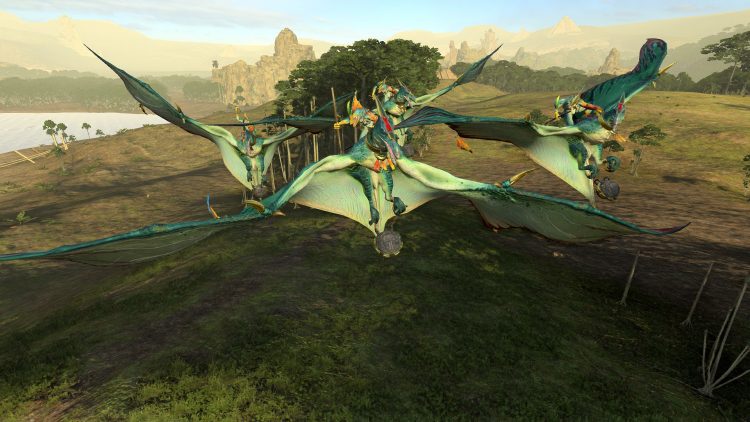 Flying units are exceptional in TOTAL WAR: WARHAMMER. Well, in Warhammer in general. Terradon Riders are distinctly brilliant, as they have a number of awesome abilities. Vanguard deployment gives you a lot of flexibility as to what you’re going to be targeting. Reduction in missile damage means enemy ranged units can’t melt them as easily. Fire-whilst-moving is always a nice thing to have. Poison attacks give them the upper hand in most engagements. Combine this with their high base damages and even armor-piercing for an epic unit! 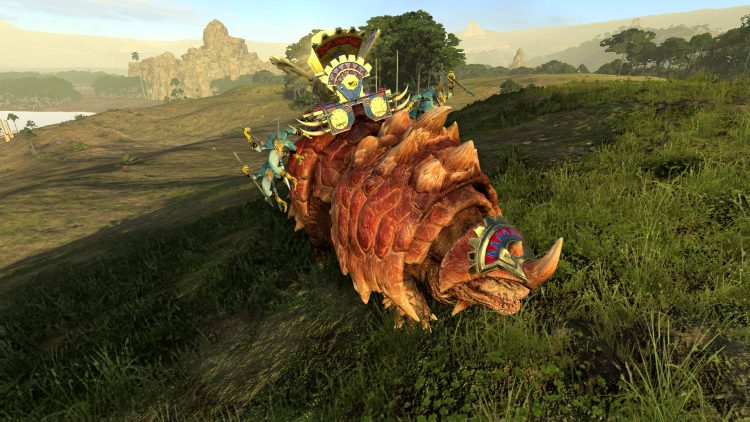 Pin-point accuracy death lasers is what this unit is all about. Most artillery belonging to other factions have serious drawbacks, such as vulnerability to fast/flying units. Bastiladons don’t care, they’ll happily have enemies charge at them, more meat to squash I guess. A unit or two of Bastiladons with Solar Engines will increase your armies competence seven-fold! 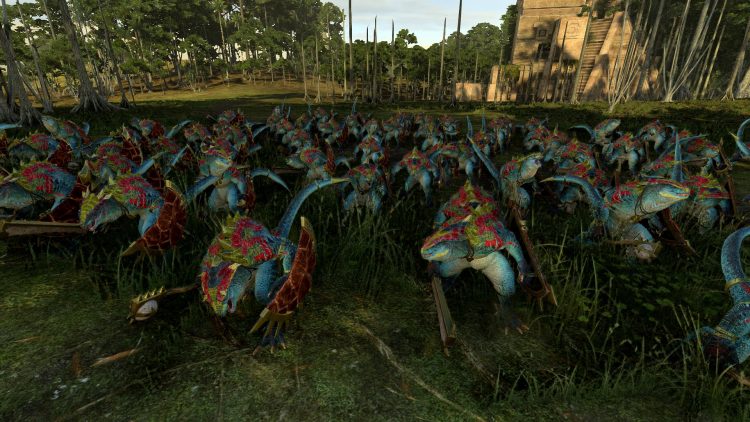 Arguably one of the best infantry warriors in the entire game, Saurus Warriors (in general, not just this particular variant) make for an excellent front-line. Great all-round stats mean they can survive for a while, dealing plenty of damage and granting your other units a lot more room to be effective. For how cheap they are, there’s a reason Lizardmen are the highest tier race in multiplayer. 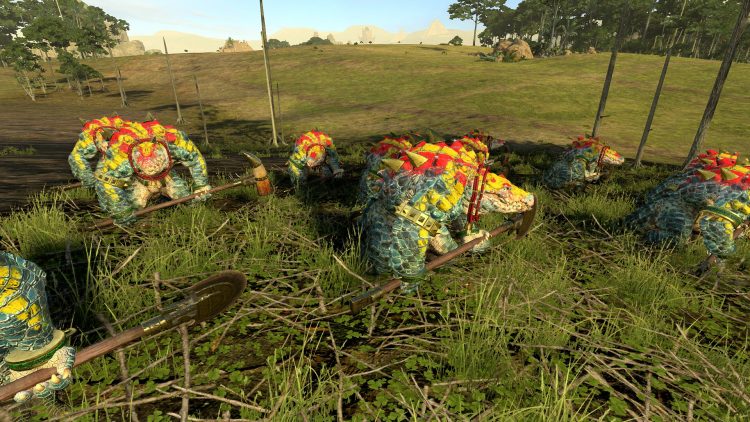 The aesthetics behind Kroxigors are actually amazing, great hulking alligator-like beasts will always be an amazing sight. Their disappointing battle capabilities are a bit of a let-down, although they’re still a great unit. They are prone to cavalry charges but against infantry (particularly those that are armored), Kroxigors are ludicrously good for their price. In close quarters, they’re a nightmare to take down and they’ll easily cleave through multiple infantry units. 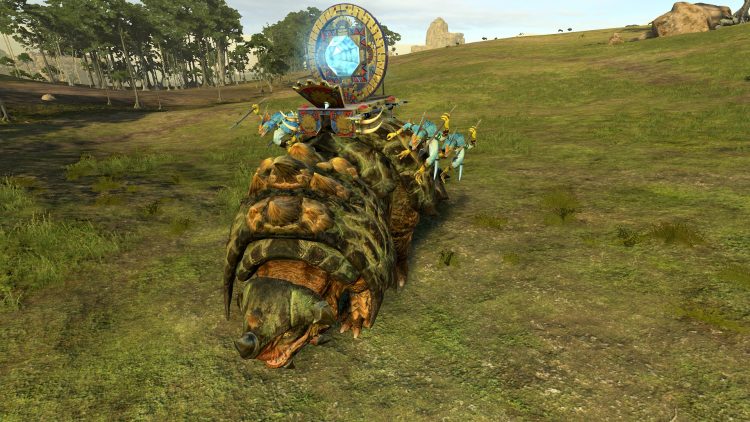 We all know how difficult it is to kill Lizardmen units, they almost always have large swathes of health and armor. Add a Bastiladon equipped with a Revivification Crystal to your army composition and enjoy your easy victories. This unit will constantly heal-up any allied units you target, keeping them in the fight for even longer. Particularly great for healing up your lords, you really want this unit as soon as you can get your hands on it. 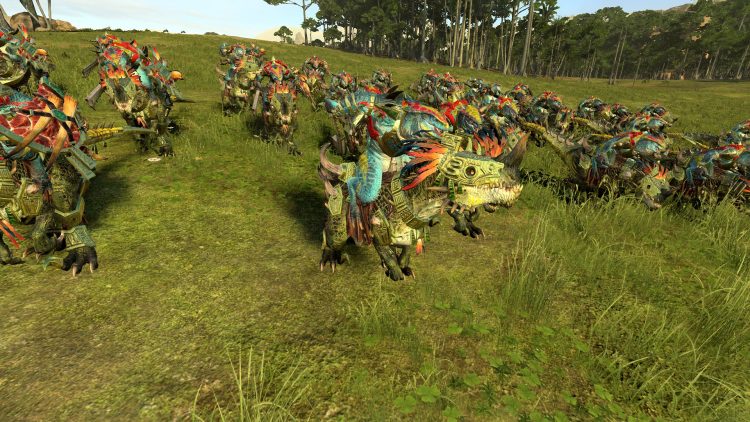 Honestly, cavalry aren’t even required for a decent Lizardmen army. If you can find the space for a unit of Horned Ones though, they’ll provide huge advantages against a myriad of other foes. Powerful melee stats with a high charge bonus allows them to carve through infantry ranks like a knife through butter. They’re armored, shielding and have armor-piercing, bad engagements are few and far between for a unit of Horned Ones. 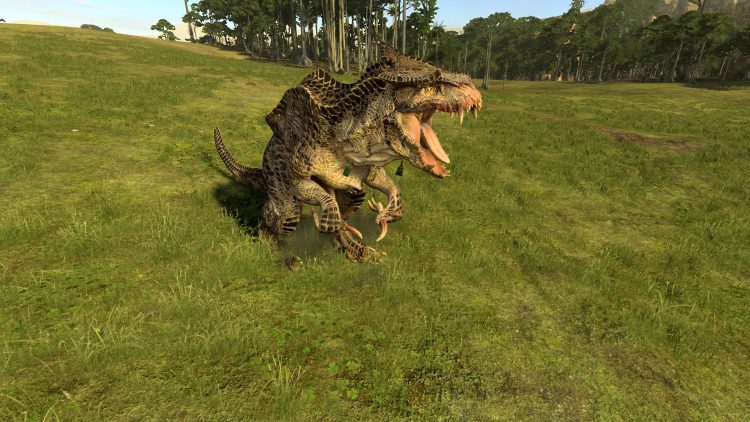 Sometimes you just want to send your dinosaurs in and watch the havoc that follows. This T-Rex lookalike gives you exactly what you think, a monstrous, bloody beast that seemingly enjoys feasting on hundreds of soldiers. Insanely high base damages (with armor-piercing!) are offset by the fact there’s only 1 per unit but in all fairness, they’d be broken if they came with 2 or even 3. Anti-large units won’t even favor their chances against a Feral Carnosaur! 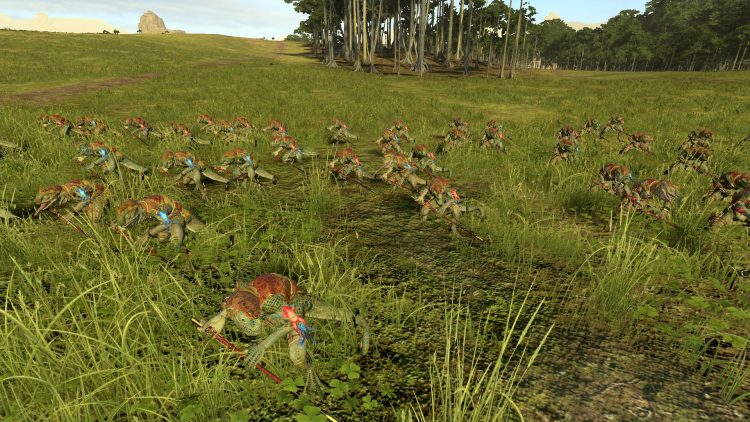 Widely regarded to be the best skirmishing units in the entire game, Chameleon Skinks are a must-have for any Lizardmen army. Their Chameleon ability grants them a whopping 40% missile damage reduction, that’s insane!

Put them up against any other ranged unit and they’ll come out on top, all for a piddly 600 gold. Vanguard deployment compliments their stalk ability well, as your opponent will never know where they’re coming from. Add to this with the fact they can fire whilst moving and you can understand why they’re so highly rated! 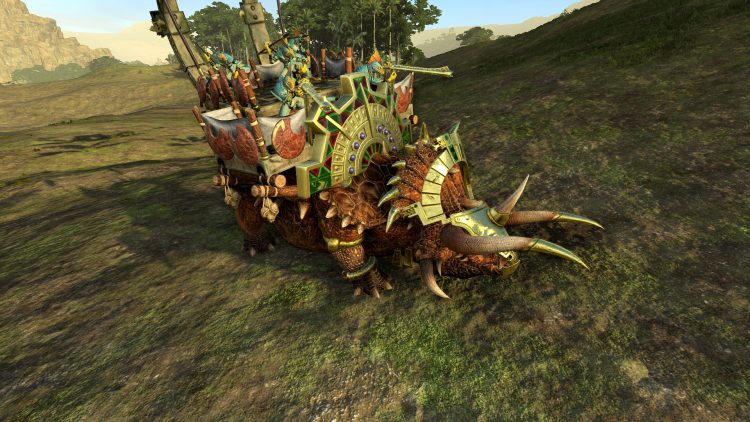 The biggest, most absurdly powerful unit available to the Lizardmen is the Ancient Stegadon. After centuries of blood-shed, they’re well versed in the art of war. Often out-living their crews by many years, their hides have grown accustomed to combat. This unit is as close to invincible as you can get, requiring plenty of focus fire over a large period of time before they eventually fall. There’s not much point even trying though, as you’ll lose way too many units trying to take it out. Of course, this is justified by an extremely high cost. While this monster is on the battlefield though, no other Lizardmen unit comes close..