Before the age of summoning multiple 2000+ attack point monsters every turn, Yugioh players required strategies and set-ups to summon their boss monsters.

You couldn’t just summon a low-level monster and solitaire your way to a board of huge monsters, things required intricate set-up.

Many of them were rarely worth it. Sure, the cards themselves were extremely powerful while on the field, but getting them there was a chore.

Nevertheless, humans prevailed and many decks were created around them to secure bragging rights.

They do of course, still exist today. The hardest monsters to summon have remained nigh on impossible to get on the field.

If you’re interested in forcing yourself to try and devise a strategy, or are simply interested, here’s a list of the 10 hardest Yugioh monsters to summon! 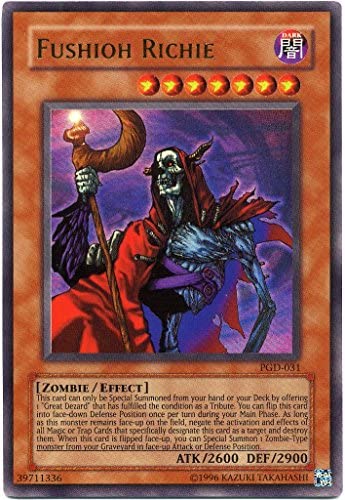 Here’s its effect: This card cannot be Normal Summoned or Set. This card can only be Special Summoned from your hand or your Deck by Tributing 1 “Great Dezard” that has fulfilled the condition. You can flip this card into face-down Defense Position once per turn during your Main Phase. As long as this monster remains face-up on the field, negate the activation and effects of all Spell and Trap Cards that target this card and destroy them. When this card is flipped face-up, you can Special Summon 1 Zombie-Type monster from your Graveyard.

The Great Dezard will need to destroy 2 monsters in battle before it can upgrade itself to the above card.

Beating 2 monsters is quite easy, as you can give your opponent some tokens. But summoning Great Dezard in the first place will put you at a severe disadvantage due to its level, and keeping it on the field with such puny stats is even more ludicrous. 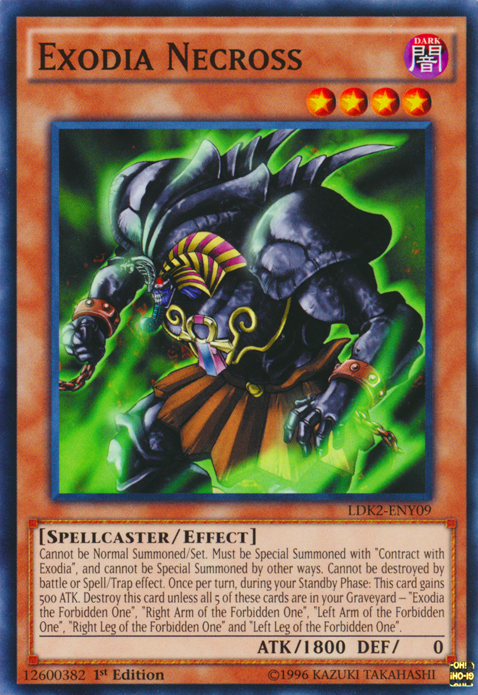 This infamous card is well known for being awesome (it’s Exodia, how couldn’t it be?!) but it’s way too hard to summon. You need all 5 pieces of Exodia in your graveyard, which is actually quite doable.

Then you need to have the correct spell card and this card in your hand.

It’s not impossible to summon but you would need to build a deck around it and have a lot of luck.

The effect is quite horrendous for the cost, as your opponent can simply banish it or return it to the hand, so it’s pretty much just a useless card. 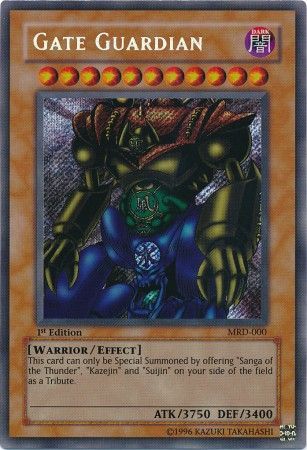 Gate Guardian is a legendary card with tons of history. Players have been dreaming of obtaining a Gate Guardian and fearing facing one ever since it first appeared in the original Yugioh series.

The three monsters you need to tribute all require 2 tributes each to summon unless you special summon them somehow. But still, it’s difficult to get all 3 monsters on and have this in your hand, even more so if you expect to have any cards left to protect it. 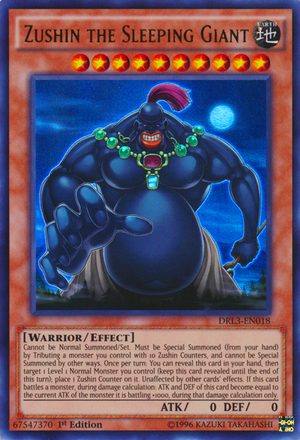 To even consider summoning this monster, you need a level 1 normal monster on the field and an extreme amount of protection. Like, keep that monster alive at all costs. If it dies, all counters (multiple turns of your life) are gone for good.

If you have 3 copies in your hand, you could supposedly assign 3 counters per turn. But once that monster is gone for the 1 tribute, you’re stuck with 2 copies of Zushin the Sleeping Giant in your hand.

On the field, Zushin is actually decent. Getting it on the field is another story, but one that could be quite fun for a player to figure out! 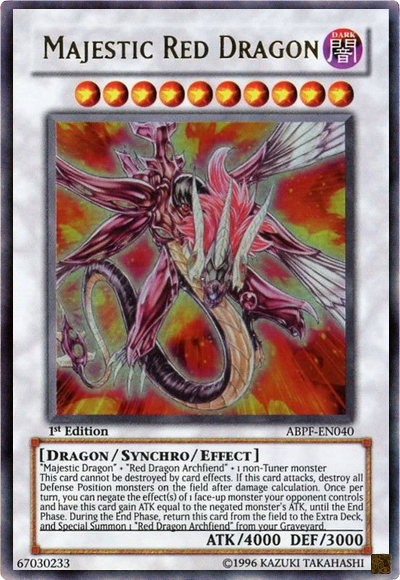 Getting each of them on isn’t the problem, the problem is that they won’t stay on the field individually until all 3 are on.

Majestic Red Dragon is a cool card though, amazing art with a great effect.

5. Vennominaga, the Deity of Poisonous Snakes 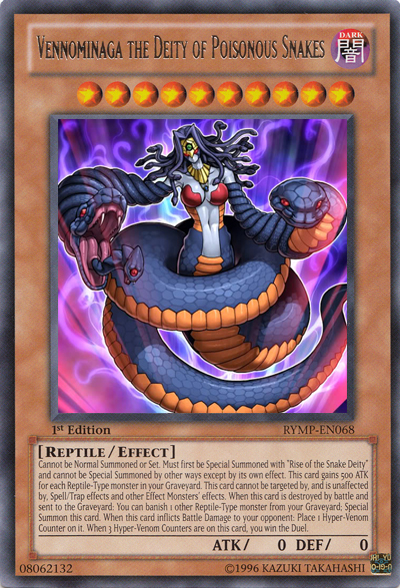 Venom cards are unique and fun to play with a win-condition boss monster. Sounds great doesn’t it?

To summon Vennominaga, you need to activate Rise of the Snake Deity while Vennominon the King of Poisonous Snakes is on the field.

Getting both of the required cards in your hand isn’t that difficult but summoning Vennominon requires 2 tributes and it can’t be summoned by a monster effect.

4. Spirit of the Pharoah 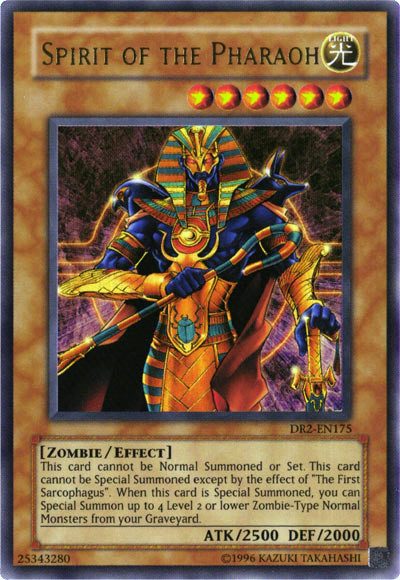 What an incredible bit of nostalgia we have here, although most of us have likely never seen this card in real life, nevermind even seeing it be successfully summoned.

Requiring the First Sarcophagus, as well as the second and third to all be on the field, is no easy task. Spell/trap removal is rampant in Yugioh and has been for years, exploiting a serious weakness in this strategy.

Then you have to think about the fact you have your deck full of cards that can only be used in specific situations. By the time you can start the process of summoning this monster, you’ve already lost… 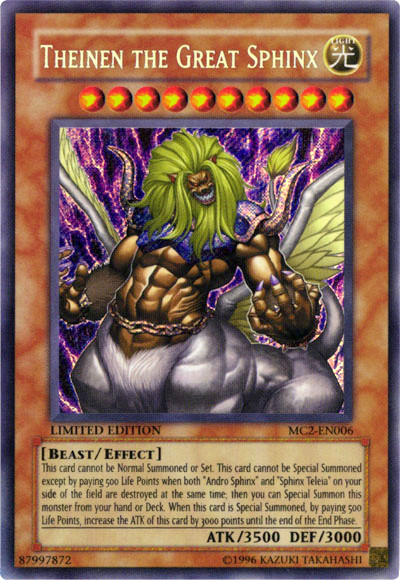 That’s a lot of work for an average card. Getting both Andro Sphinx and Sphinx Teleia on the field is difficult enough unless coupled with the Pyramid of Light.

Even then you’ll need the 2 in your hand, then a Mystical Space Typhoon or something similar to destroy Pyramid of Light.

Such situational requirements are almost impossible to pull off! 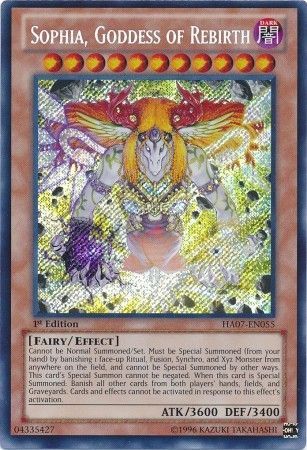 This card has an extremely powerful effect but to balance it out, it’s insanely difficult to summon. Sophia, Goddess of Rebirth would be a great card to end games as you can attack directly after summoning it for 3600 damage.

However, to have 1 Ritual, Fusion, Synchro and XYZ monster from either players’ sides of the field is something you will never see. 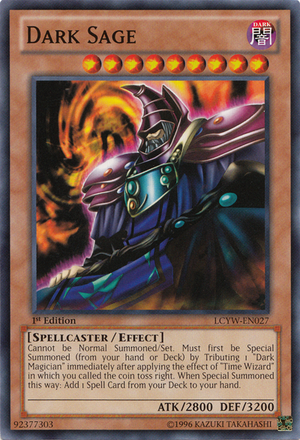 Dark Sage has a unique summoning method which has been immortalised since Joey & Yugi’s tag duel in the Yugioh original series.

At no point would you ever make a deck with both Dark Magician and Time Wizard inside it.

If you did, it’d be difficult to get both on the field and the sheer luck required to get the coin toss right is absurd.

What about Z-arc? you need a dragon type fusion, synchro, xyz, and pendulum monster to summon it.

It's a tough monster to summon for sure. But not as difficult as the cards already on the list! :)

My oh my, how times have changed. Three years since this post was made to be exact. For those unaware, let me set the scale and say that, Perfectly Ultimate Great Moth, is no longer the hardest monster to summon thanks to the Cocoon of Ultra Evolution spell. Let that sink in. Same can be said for the V-Z machine with Armed Dragon series, even the Egyptian God and Scared Beast (fusion included), thanks to recent support. I go as far as to say Sophia is far easier to summon due to the way most play a variety of monster types, including Ritual in some. Though that is still the hardest to achieve most of the time. Now some things remain hard to summon, namely The (not at all) Great Sphinx monster and the Spirit of the Pharaoh monster. But the point is, the majority on this list are no longer impossible to summon. You just have better options.

Thanks for the feedback :) the list was outdated for sure, but I've updated it now!

You should add "A-to-Z Dragon Buster Cannon" to this list. And also, "Armed Dragon Catapult Cannon", which requires WVXYZ and Armed Dragon Lvl. 7. My friend can summon 3 D/D/D High Kings in one turn (which includes 1 Fusion, Synchro, XYZ) so my only job is to summon "Blue-eyes Chaos MAX Dragon" or "Black Luster Soldier", then I could summon Sophia, Goddess of Rebirth. Creator God of Light is quite easy to summon, unlike what people say. You need to tribute 3 monsters your opponent controls using the Winged Dragon of Ra - Sphere mode, and then Pendulum Summon the other gods. Another way is to Foolish Burial and Soul Charge them again.

u forgot The Creator God Of Light, Horakhty geez need 3 god card at the same time ----

Sir.. Don't forget the horakhty the creator of light. Bringing 1 Egyptian god to the field is already such a task, horakhty need 3, one for each of them. And also Zushin the Sleeping Giant, the most extremely dificult moster to summon in yugioh that makes no one would play it in real game

Holactie is a great shout but it's not available in English :)