No matter your skill level, Overwatch provides several heroes for you to be effective with.

You can easily reach high ranks utilising even the easiest heroes, with them having huge skill ceilings as well, so maining a few can be a powerful tool.

If you’re like millions of players around the world and simply can’t match the insane aiming of higher rank players, fret no more.

Here are the 10 easiest heroes in Overwatch. With some basic knowledge of maps and abilities, you can use any of them to reach at least Platinum!

Also, if you enjoy playing with your kids, make sure to point them in the direction of these heroes. 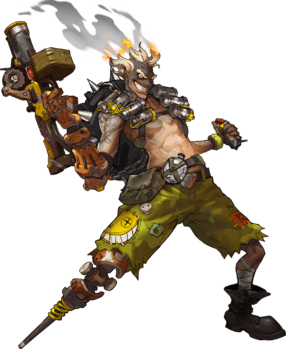 A good Junkrat will dominate lower ELOs, all the way up to Diamond. He deals so much damage, with his grenade launcher dealing 120 damage per direct hit. Yep, you can 2 shot most DPS heroes.

His trap helps prevent against flankers, high damage grenades absolutely melt shields and his ultimate is extremely easy to Play of the Game with.

If you decide to pick him up, get used to getting those sweet direct hits. Spamming grenades from cover can net you a kill every now and again but you really need to land ‘nades often. 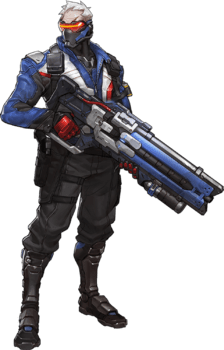 Basically created for fans of the typical first person shooter games, Soldier 76 is a familiar hero for anyone who has played more than a few games in their life.

Consistent damage, good burst, self healing (rarely seen on DPS heroes) all make a viable hero for all ranks and gamemodes.

Using his ultimate correctly is a big skill to learn, as you can easily be targeted and bursted down by the enemy team. 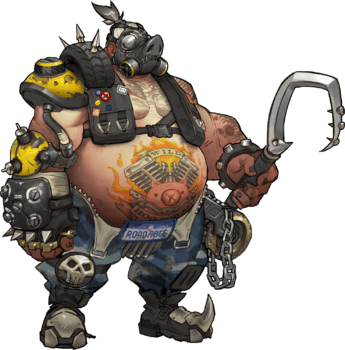 Roadhog’s hook + left click + melee combo has been the bane of any squishy since his introduction in the base game.

He gets hard countered by high DPS targets such as Reaper or Bastion, though. So make sure you’re aware of their presence on the battlefield and use positioning to single out the enemy tanks and healers. 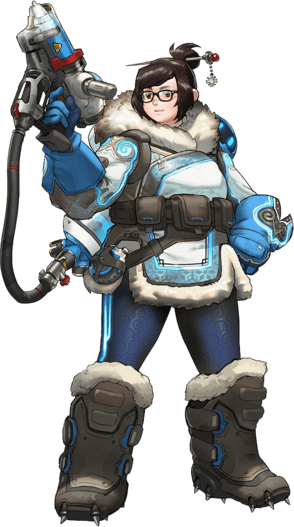 Having received changes over the years, Mei has become harder to use but is still a comfortable DPS pick.  Her main attack doesn’t count as a projectile so it can get straight through abilities like D.VAs defense matrix, Genji’s Reflect or Sigma’s Kinetic Grasp.

This makes her a beast in close range, as well as sniping potential with her right-click attack, although it takes a while to get used to using it.

With one of the most influential ultimate in the game, Mei can stomp games against lightly mobile compositions. 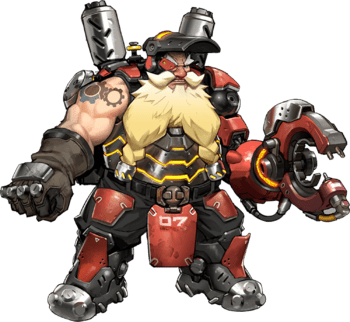 Wielding a rivet gun capable of high damage at both long and short-range, you’ll want to play around your team’s positioning to find a good spot for your turret.

Torbjorn’s hitbox is rather large so shotguns and explosive damage can really hurt him.

However, his versatility against tanks and squishies alike make him a very easy hero to use. 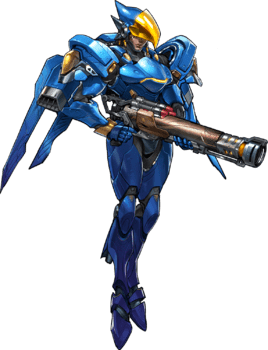 Like Junkrat, Pharah’s rockets deal 120 damage on a direct hit. Her launcher’s accuracy and projectile speed is far easier to deal with, especially from above.

Managing your jump pack to stay up and firing, as well as keeping enough juice to get to cover if needed, is really important.

Her ultimate fires 30 rockets per second, which can wipe out entire teams in less than 2 seconds. Flanking for a good engage is important here as you self-root yourself while ulting, making you an easy target. 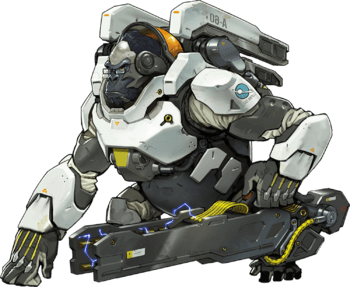 In terms of abilities, Winston is by far the most simple hero in Overwatch. Electrical damage in a cone, a spherical shield, big jump and ability to enrage.

Being aware of his role as a main tank is the reason he’s 4th, as it requires knowledge and experience. He’s simply too big to stick around in a fight for too long, without any meaningful healing.

Instead, he excels at jumping into the back-line, harassing healers/DPS before jumping back out to get his health topped up.

All until he gets his ultimate, which you use to cause as much mayhem as you can.

Also be aware of the fact his ultimate majorly increases his hitbox. Other players can get a ton of ult charge from this, so take one or two jumps to re-position out of sight before jumping back in. 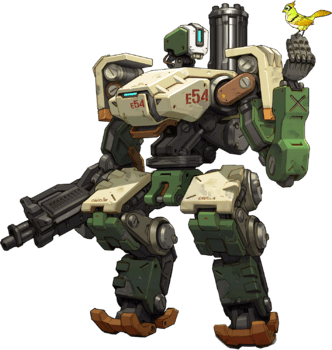 On payload maps, a Bastion with even semi-decent aim can completely take over the game. Plonk him on the payload with a shield tank and dedicated healer, enjoy your win.

There’s quite a lot of skill to be a good Bastion, switching between turret and scout mode for the right situations is mandatory.

As soon as you give your position away with a few kills, you bet the enemy team is going to rain hell on that position when they come back.

Otherwise, use your turret DPS to take down their front-line. Take a second to heal yourself every now and again, even in fights. 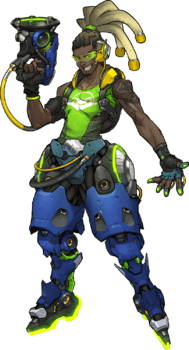 By far the safest hero in the game, perfect for bailing your team out of trouble, or holding an objective for a while.

Once you get good enough, Lucio can literally 1v1 DPS heroes if you can get those head-shots.

His boop ability is a good displacement tool in fights, but it can also throw enemies off the map and result in some hilarious highlights.

Wall riding is epic, there’s quite a lot of fast ways to get around maps if you know the right methods. 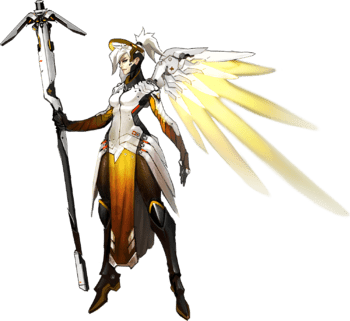 Widely considered to be the go-to healer for new players, Mercy requires basically nothing in the way of stopping power. You can happily attach yourself to your best DPS for most of the game and still contribute a ton to your team.

Having the ability to resurrect is huge, bringing your secondary healer back from being head-shotted by a Hanzo can change an entire fight.

If you do like a bit of shooting action, Mercy’s pistol should not be under-rated, it absolutely can take down squishy targets with decent aim.