If you’re like me, you wasn’t inherently interested in the Dark Elves. Such a race is clearly the king of edginess, signified by the unit names (Bleakswords, Dreadspears) and appearances. When you give them a try though, you’ll find they’re extremely fun to use and thematically brilliant. A lot of their enjoyment comes in the form of great campaign mechanics but their units are quite unique too. Each unit is good in their own right but there are some that are a cut above the others, this list will detail the 10 best units available to the Dark Elves in TOTAL WAR: WARHAMMER!

P.S – This list is campaign focused, making me able to rank them on overall effectiveness, instead of having to take cost-effectiveness into massive consideration (although it still determines rankings slightly). 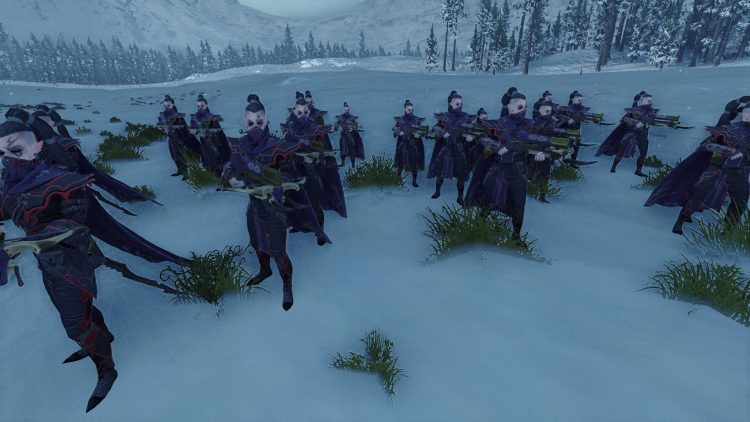 One of the best all-round units in the entire game, Shades bring a ton of usefulness to your army composition. Capable of acting as skirmishers, front-liners, back-line ranged infantry, you name it. Strong armor-piercing missiles make them a great choice if you require a ranged unit and can spare the gold. Great melee stats open the door for a number of strategies, or just for sending them into melee when they run out of ammunition. Combine this with the fact they have Stalk (move hidden in any terrain) and even Vanguard Deployment to end up with an amazing Dark Elf unit. 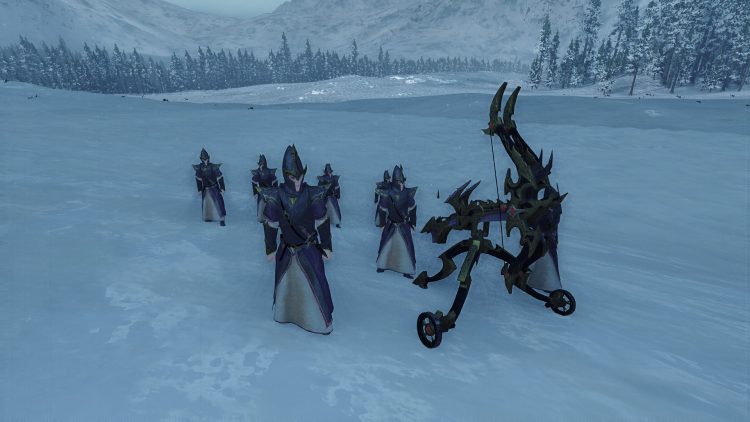 Both this entry and the previous one share a common trait, their flexibility. Reaper Bolt Throwers are the only artillery the Dark Elves need, as they can act as either anti-large or anti-infantry. You can switch between the firing types by selecting the unit while in-battle. Being the only artillery unit, it had to make the list in some form. I’ve found they aren’t anywhere near as effective as the entries further down the list yet every army needs a Reaper Bolt Thrower. 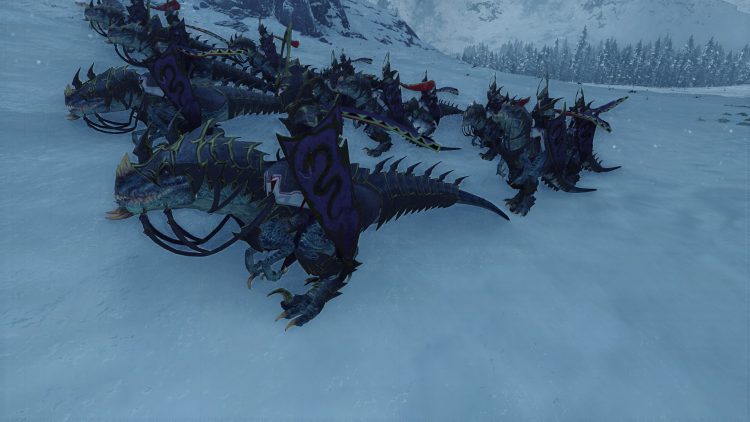 Despite how insanely tanky these guys are, Cold One Dread Knights can destroy units as fast as more damage-focused cavalry. Not just via combat capabilities, this unit causes fear and has the ability to chase down any fleeing opponents with ease. A base armor stat of 120 is quite insane, especially when you factor in the fact they have shields. Taking a unit of Cold One Dread Knights down is no easy feat! 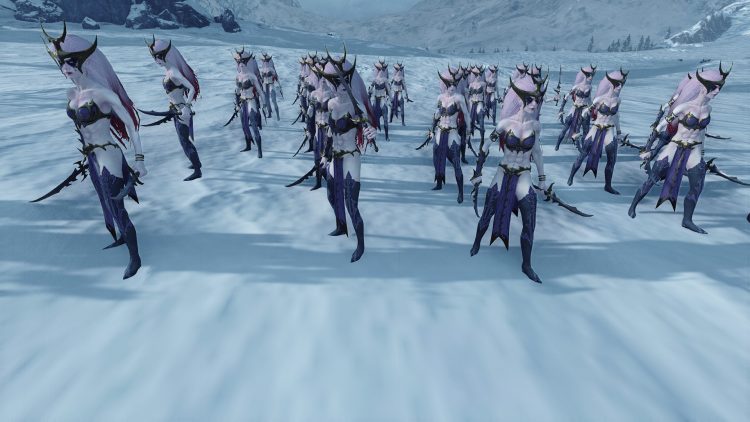 When used correctly, Witch Elves are an insanely good unit. Make sure you do not use them as a front-line, they’ll get melted by enemy ranged fire and you’ll be wondering why you bothered to recruit them. For their price (800g), they’ll carve through elite infantry units without a care in the world. Bonuses vs infantry and armor-piercing damage grant them boons in close-quarters, as they inflict their enemies with the Madness of Khaine, causing them to rampage and ignore given orders. As I mentioned though, focused ranged fire will deplete their ranks quickly so utilise them well! 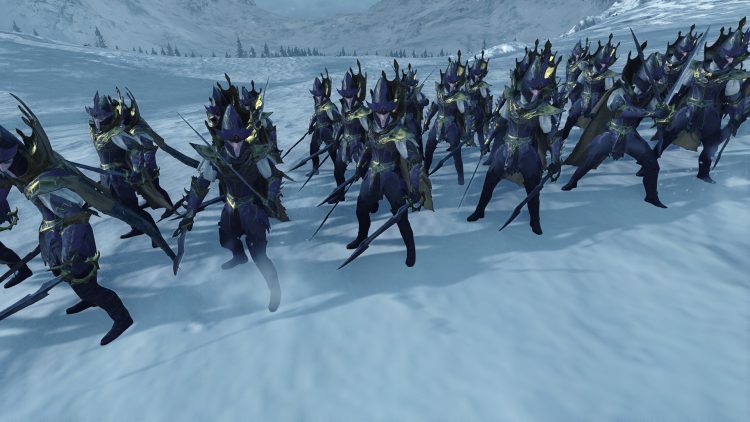 Honestly, this entry and the previous one could be considered joint entries. Witch Elves deal a lot more damage than Black Ark Corsairs but they favor defensive stability anyway. This unit still deals quite a lot of damage though, offering a cheaper alternative and much more front-line potential. At no point throughout your campaign should you turn your nose up at some Black Ark Corsairs! 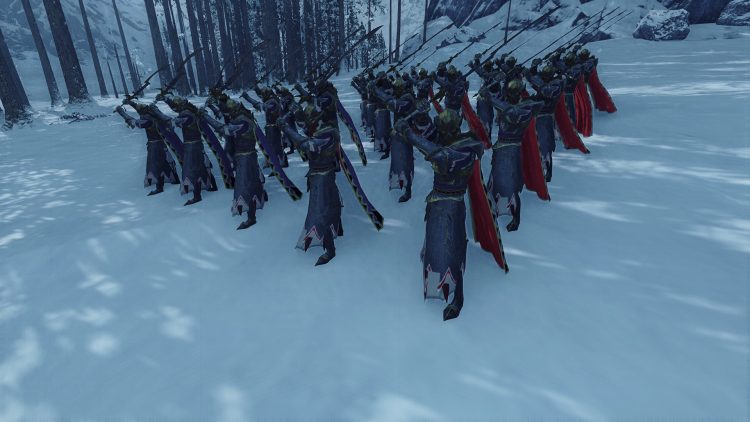 A huge cost is justified by an exceptional tendency to demolish infantry units. Slow and bulky, Executioners will take their time getting to combat but when they do, all shall fall. Crazy high base damages with bonuses vs infantry and armor-piercing make this unit one of the best in the game against infantry. High health, armor and leadership stats mean they’ll stick around in a fight, dealing considerable damage constantly. The only reason not to choose this unit is your budget, as they do cost 1200 gold to recruit and have a 300 gold upkeep. 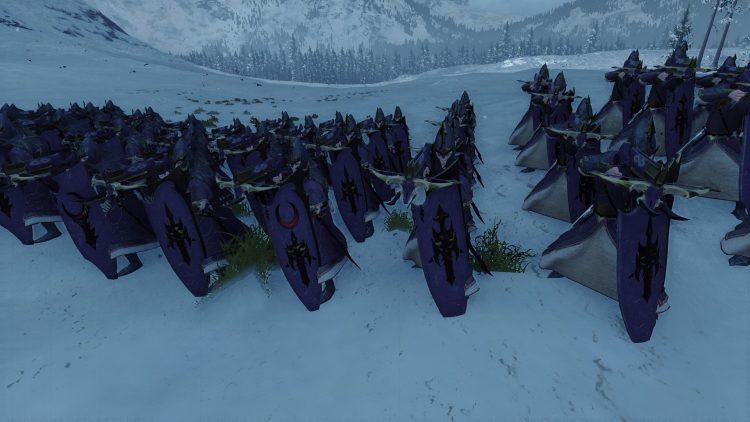 You could argue Shades are much better than Darkshades, as they have slightly more range as well as significant melee competence. I’ll direct you to the right arm of any Darkshard with Shields member. Shades are hugely vulnerable to enemy missile infantry troops, they’ll be deleted if they get focus fired. Darkshards (Shields) have no such quarrels, taking a massive 55% less missile damage while dealing a ton of damage in their own right. Combine this with their cost and you have one of the best missile infantry units in the entire game, in terms of cost effectiveness. 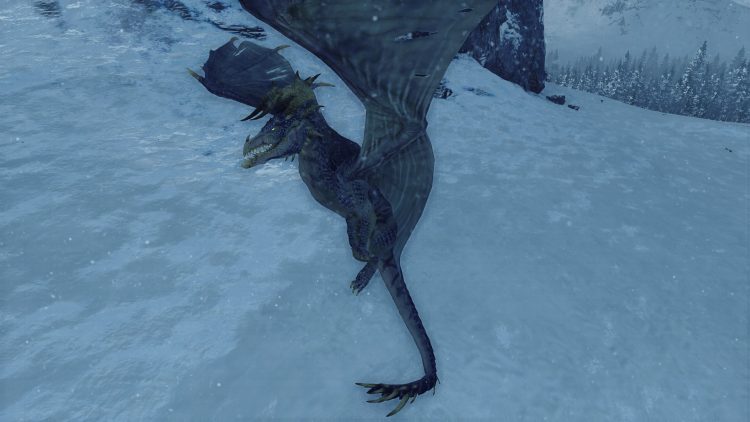 It’s strongly recommended you let your lord ride a Black Dragon instead of recruiting one as an entire unit. Even then, you can’t really go wrong with a huge intimidating dragon. We all know how strong these beasts can be, high amounts of mobility are devastating when it has such tankiness and damaging potential. A single dragonbreath attack can melt hundreds of troops, I’m not even joking! 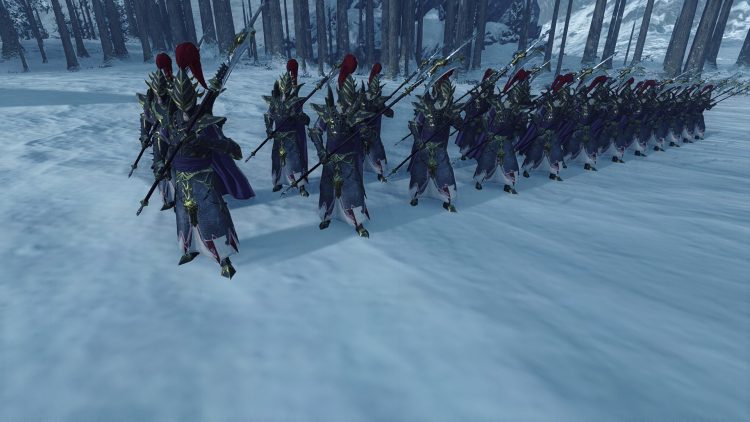 No other unit in the entire game is as good against large, monstrous foes as the Black Guard of Naggarond. Sworn to serve Malekith and only Malekith, these brutal warriors are the best of the best. Wielding insanely high armor-piercing and anti-large damage is one thing, such traits are usually offset by a low unit count or pitiful defenses. You’d think that wouldn’t you but instead, this unit has high armor, health and a unit size of 100.

Crazy. Of course, they’re one of the most expensive units available but for good reason, they’d be stupidly over-powered if not. 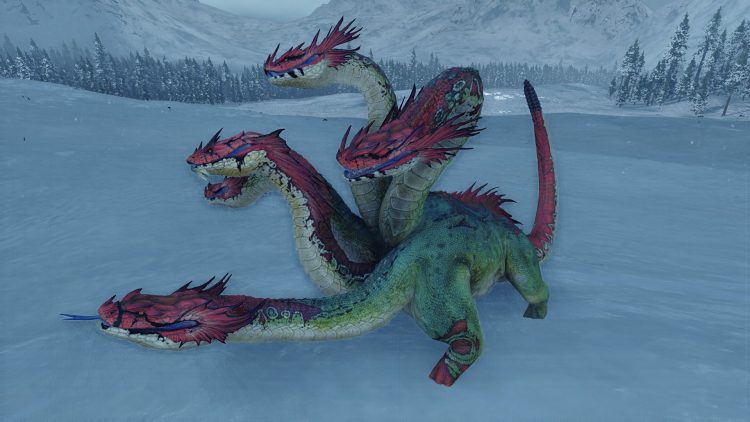 In spite of the War Hydra being only the 2nd most expensive unit available, I feel it had to reach the number 1 spot on this list. No other entry is quite as successful as this huge ‘infantry’ unit. Every 4 or so seconds, a War Hydra will attack for a bloody end, dealing massive damage that all but ignores armor. A unit of this size is usually an easy target for various ranged units, except the War Hydra has a 35% missile resistance.

Add the ability to cause terror, respectable melee defenses, regeneration and a breath ability to rival the Black Dragon to make the best Dark Elf unit available in TOTAL WAR: WARHAMMER!

FOR THE SIN DOR RAI!