The introduction of synchro monsters brought tuner monsters, the community wasn’t sure how it felt at the time. These sub-types were the first of their kind, changing Yugioh forever. Looking back, it’s fair to say these additions were successful. They added more speed and fluidity to a fairly low-paced Yugioh game and are still used widely today. A synchro monster cannot be summoned without a tuner monster, almost every deck needs synchro monsters so you need to know which cards are the best.

This list will take a look at the 10 best tuner monsters in Yugioh. Rankings will be determined not only by how they help you summon synchro monsters but how good the cards are themselves. 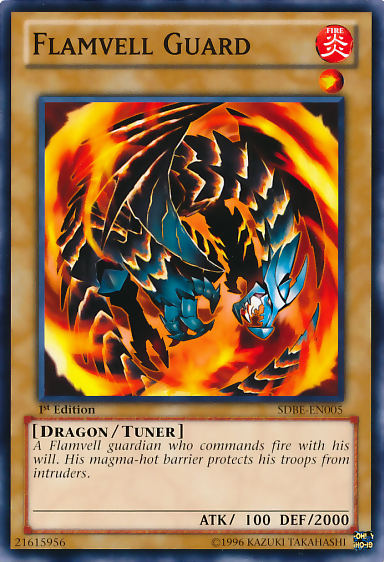 The first and only normal monster on this list, Flamvell Guard is the normal tuner monster for any deck that requires one. With a DEF stat of 2000, you can rely on this card to provide a small defensive boost if needed. As a level 1 monster, you’ll have no problem using Flamvell Guard for a number of different level synchro monsters! 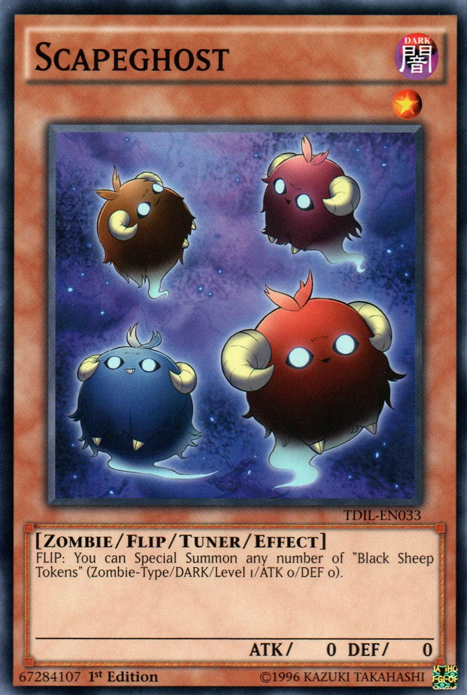 Scapeghost isn’t just a great tuner monster, it’s awesome for stalling or token decks too. Level 1 tuner monsters offer a ton of flexibility, giving you plenty of options when it comes to choosing a synchro monster. Remember tokens can also be used as synchro material, so if you manage to flip Scapeghost and get its effect, you’ll be given a lot more freedom to choose your monster. This card is overall a great choice for a tuner monster. 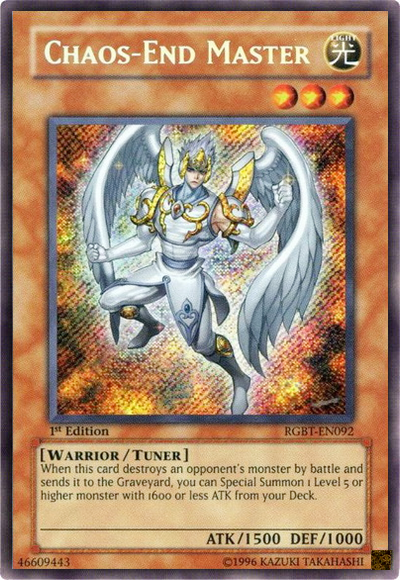 Maybe this entry is a bit biased due to the appearance of Chaos-End Master, the art is incredible. You won’t make too much use out of this monster’s effect as a 1500 ATK monster destroying others by battle isn’t common. That extra situational effect can be useful though, especially if you have some great cards you can summon from your deck in response. 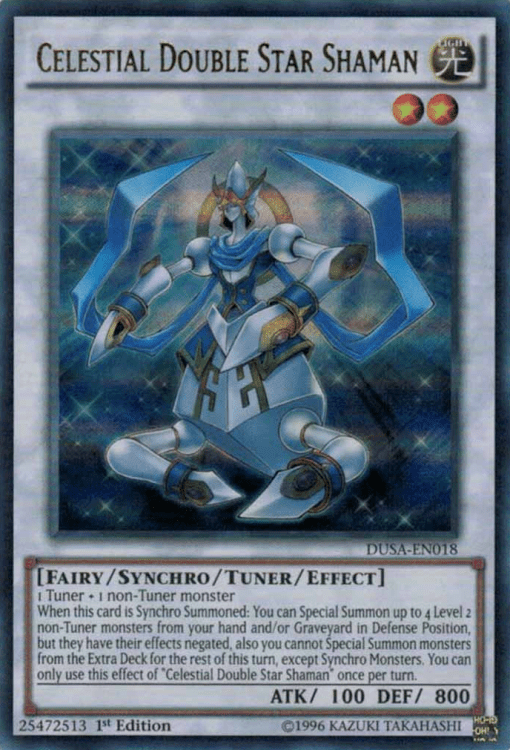 Summoning this monster is pretty much a guaranteed higher level synchro monster. Upon Celestial Double Star Shaman hitting the field, it’ll pull out up to four level 2 monsters from your hand or graveyard. This card is only level 2 as well, so summoning it will require two level 1 monsters which is really easy to do. Of course, it does require decks to contain these low level monsters to be effective, which is why it doesn’t break into the top 5 of this list.

There’s a reason this card is limited to 1 per deck, Genex Ally Birdman is an easily accessible level 3 tuner monster. You can special summon it from your hand in exchange for another monster on your side of the field. There’s barely any cost to this card, it can also have up to 1900 ATK if you return a wind attribute monster. 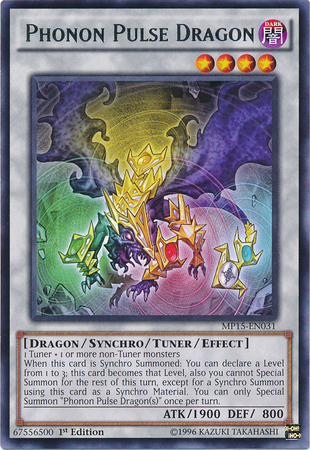 While this card might not be your first choice for a level 4 synchro monster, it’ll contribute heavily to a big combo or OTK. Once it’s summoned to the field, you’ll have the option of a tuner monster with your chosen level, as long as it’s on the scale of 1 to 4. Having a malleable card such as Phonon Pulse Dragon can drastically improve the performances of many decks! 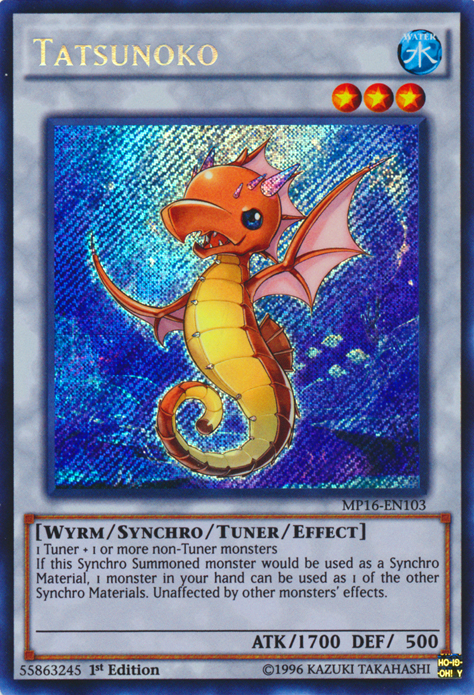 Don’t let this little seahorse confuse you, it has power to rival many big monsters. The ability to ignore other monster effects is helpful when you’re trying to piece together a strategy, so many cards nowadays can stop your efforts in their tracks. Tatsunoko is another card which can propel you towards victory, giving you the ability to synchro summon using monsters in your hand. Even though it’s level 3, it has a valiant 1700 ATK to help deal some damage if needed. 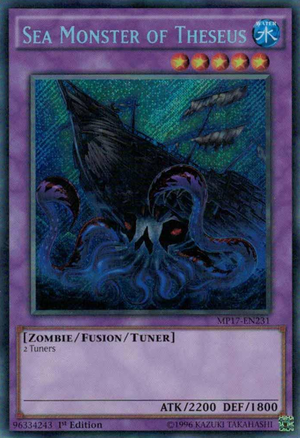 Many players thought the Sea Monster of Theseus would break the game upon release, it didn’t define any metas but this card is still one of the best tuner monsters in the game. With cards like Future Fusion no longer being on the forbidden list and Instant Fusion being so prevalent, this tuner monster is no trouble to summon. 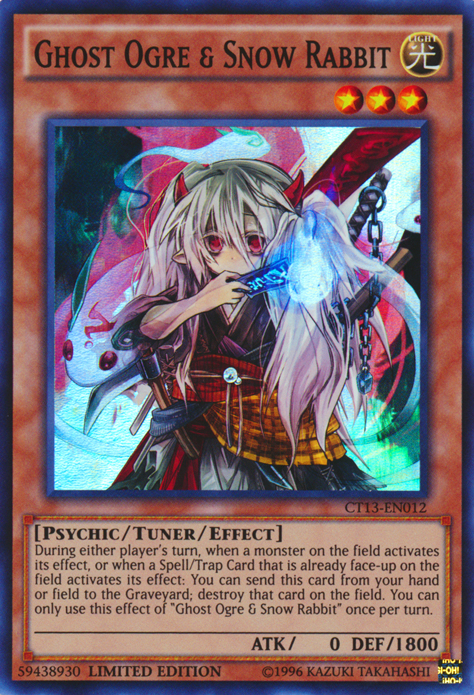 Now we’re getting to the real meta cards, this one in particular is exceptionally useful. Hand traps are becoming more and more mandatory in todays game, Ghost Ogre & Snow Rabbit is one of the more common cards. Any face-up card that uses an effect can be destroyed using this card’s effect, although the destroyed card’s effect is not negated. 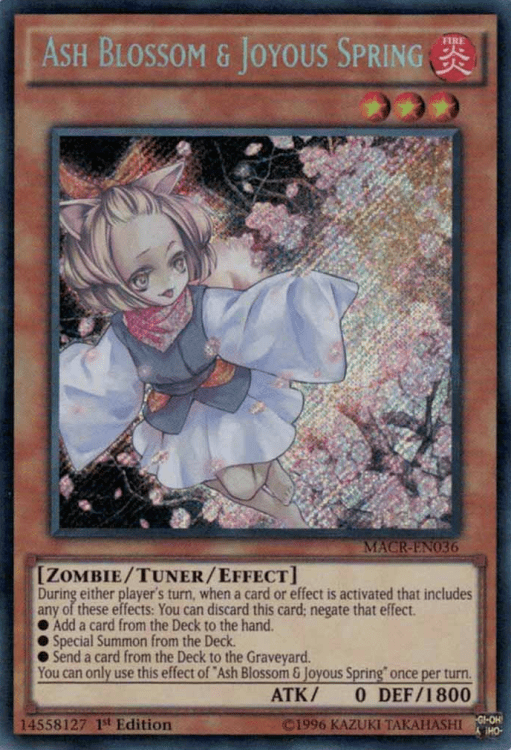 How many archetypes, deck strategies and deck-lists utilise their deck? The answer is pretty much “all”, the deck is no longer a clump of cards you draw from each turn. Ash Blossom & Joyous Spring gives you the ability to stop an opponent’s attempt to manipulate their deck, granting you a big advantage as it’ll likely shut down their entire plan. This card isn’t just the best tuner monster in Yugioh, it might just be one of the best cards in the entire game!