Skip to Content
Starter decks are a great of introducing yourself to Yugioh if you’re completely new.

Discontinued in 2018, they’re still worth picking up as cheap budget options to top up your collection.

Providing a few nice rarity cards, staples for any deck and toolboxes to create your own strategies, starter decks are essential for entering Yugioh.

Of course, structure decks are far more viable in a real duel but they can be confusing for new players.

I’ll be listing the 10 best starter decks available, as there’s plenty of old, outdated options, so you need to get the right one.

Some of them will be worth acquiring in groups of 3 boxes, as you’ll get 3 copies of each card!

Game mats are another essential item for a Yugioh player, you should have several to choose from.

Starter decks are also great for younger players, as the strategies aren’t too heavy and you can obtain them for a small price! 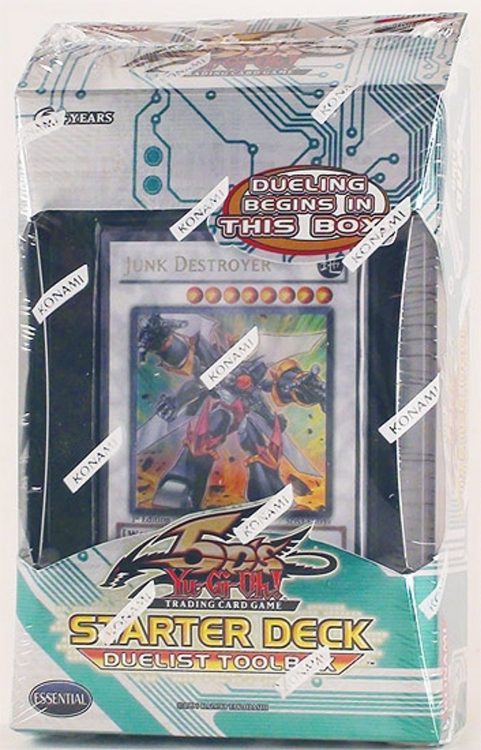 Containing some decent synchro cards to get your collection going, duelist toolbox offers a bunch of great cards to build a deck around.

Junk Destroyer‘s effect still holds up to this day, clearing the field for you to launch an assault.

Other generic synchro monsters are nice to have to hand. 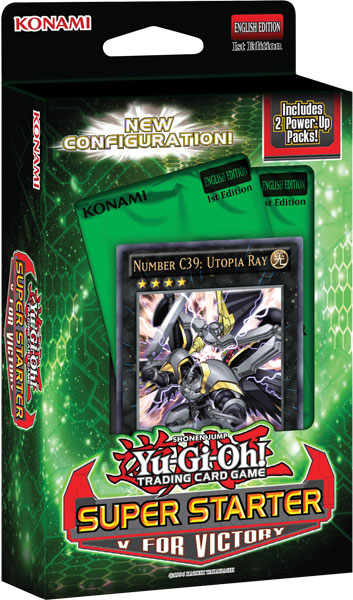 The V for Victory starter deck itself is also pretty nice, revolving around the rank 4 Utopia line which is honestly the easiest way to learn about XYZ summoning! 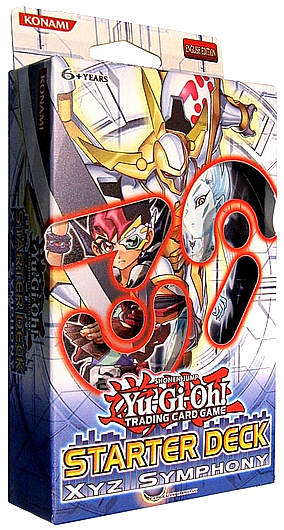 Konami was generous with this starter deck, giving you five XYZ monsters to add to your collection.

Other cards provided allow you to easily summon your XYZ monsters, as well as introducing you to a few archetypes.

It’s worth investing time into archetypes, they tend to flow together naturally, giving you more options and fluidity. 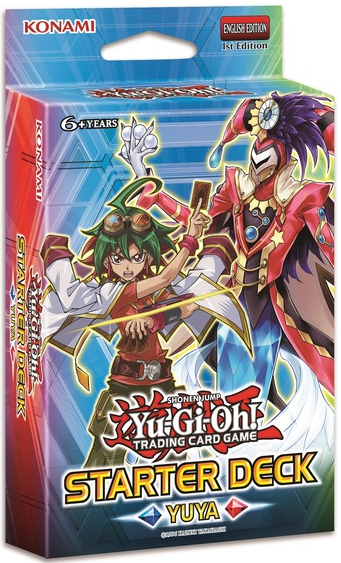 After Yugioh ZEXAL and its XYZ monsters came ARC-V and Pendulum monsters.

Moving over to the new duel field and seeing these half-monster/half-spell cards can be extremely confusing, trust me it was difficult for even pro players to get used to the differences.

Nowadays, Pendulum cards are seen in most decks so it’s important to know how to use them. Starter Deck: Yuya introduces Pendulum monsters perfectly whilst also giving you a playmat, 5 holo cards, and even some tokens! 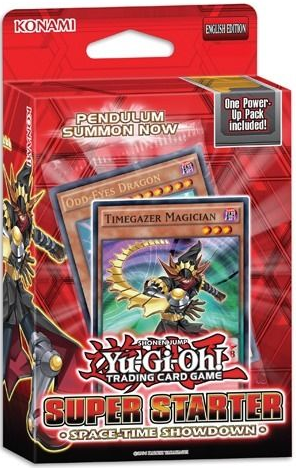 It comes with 2 bonus power-up packs, containing yet more cards that every duelist should have.

Ultra Rare variants of Dark Hole and Odd-Eyes Dragon are also included, which are truly epic cards to receive. 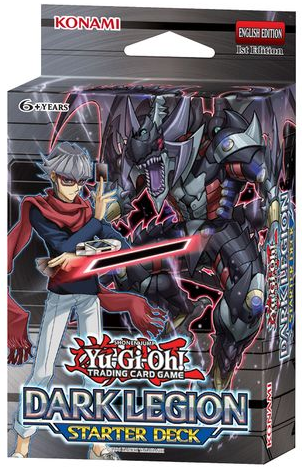 Beat-down cards are perfect for new players, intricate combos and strategies are confusing so using cards with simple yet effective abilities is crucial.

The Dark Legion starter deck contains plenty of beat-down cards capable of going toe-to-toe with almost any other starter deck.

You’ll also get a Secret Rare card which is arguably one of the best rarities in the entire game! 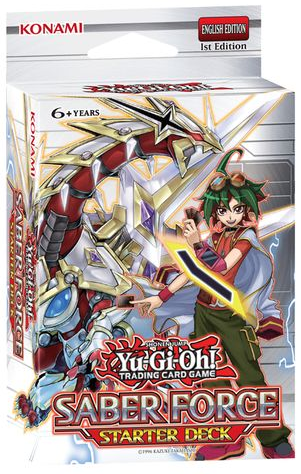 Saber Force and Dark Legion came out at the same time, as alternatives to each other.

This starter deck brings more to the table though, being slightly more powerful while providing more notable cards.

Odd-Eyes Saber Dragon, featured on the cover art, is an incredible level 7 monster with 2800 ATK that can be summoned with ease.

Quicker, more powerful than the previous entry, Saber Force deserves to be in the top 3 of this list. 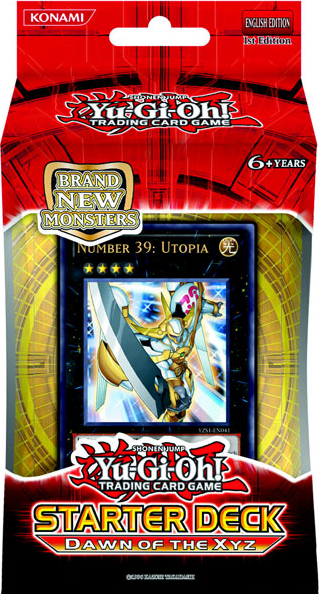 Three shiny cards are included with this starter deck, as are a number of generic cards that can be transferred to other decks if needed.

Dawn of the XYZ gives you plenty of XYZ summoning options with beat-down support cards to keep them on the field.

An emphasis on swarming monsters and level-changing make this starter deck a good choice to learn how to utilise monster effects correctly! 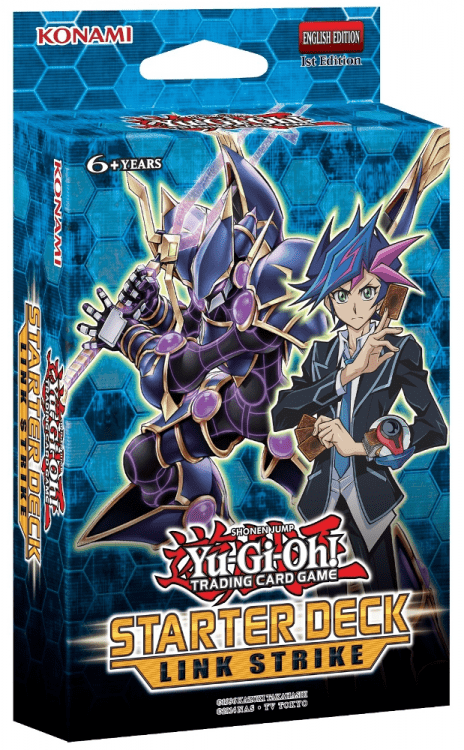 Without a shadow of a doubt, Link Strike is one of the best starter decks in the game, even long-time players will have obtained 3 of these when it came out.

Decode Talker, depicted on the cover art, is one of the best budget Link monsters in Yugioh and the inclusion of Link Spider makes this starter deck even better.

You also acquire 5 shiny cards upon purchasing this set and a ton of support for other decks, including hand-traps like Battle Fader and Effect Veiler.

Excellent value for money and a must-have for any Yugioh player! 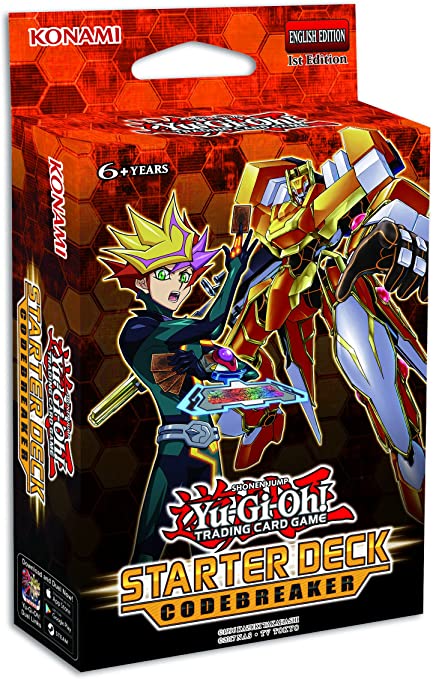 The sheer volume of generic good cards in this starter deck is crazy.

Codebreaker gives a huge boost to your Link capabilities, giving 5 Link monsters with link ratings between 1 and 3.

Plenty of monsters, spells, and traps to include in your other decks/strategies are also included.

Marshmallon, for example, is an excellent option for a stall Exodia deck.

Codebreaker provides you with everything you need to get started in Yugioh in 2021. And that makes it the best starter deck in the game!

But where is Codebreaker? In codebreaker are de/- and transcode talker and its op for a starter deck

Yep this list was due an update, which is now complete :)

Soulburner is a structure deck :P this list is for starter decks