I think you’ll agree with me when I say, it’s really difficult to find good fish monsters nowadays.

This comes as a surprise because there’s not that many fish type monsters in the game, it’s just the majority of them are pretty bad. Most of them have effects that work with other fish or water monsters but they aren’t viable in any shape or form.

It is extremely difficult to find a fish type monster that works in anything other than a water deck and this list won’t be any different. All of these entries will only be useful in a fish or water deck, especially one that utilises A Legendary Ocean. 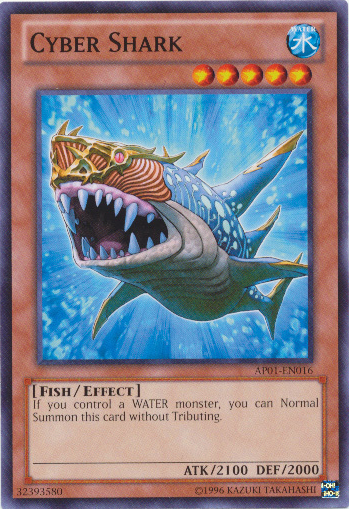 There are a ton of fish monsters with a level higher than 4 that can be summoned easily, I chose only one as I can tell you first hand, they aren’t that good. Most of them are made for XYZ or synchro summoning but Cyber Shark is the only one you should look at. If you have A Legendary Ocean on the field, its level is reduced to 4 so you can normal summon it anyway, it’ll then have 2300 ATK and 2200 DEF.

Packs you can get this card in:  The Duelist Genesis. 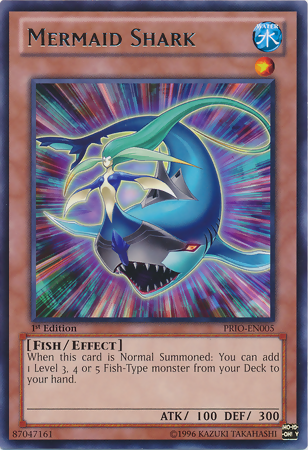 This rather bizarre looking creature is a great little searcher that will help get you the cards you need. The downside is you’re using your normal summon up for a 100 ATK monster but it’s not too much of a disadvantage if you have a bit of backup. Mermaid Shark would definitely be higher on the list if it didn’t have such a drawback.

Packs you can get this card in:  Primal Origin. 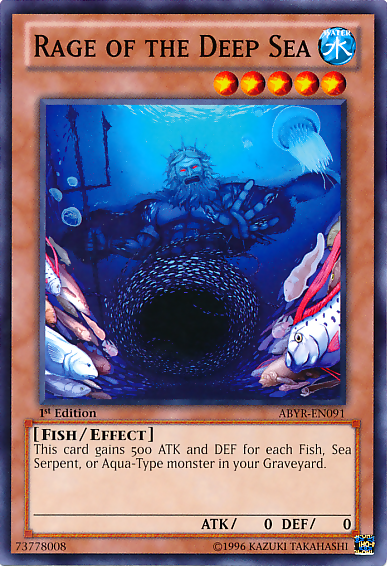 Rage of the Deep Sea could very well be the best fish type monster in the game but due to its level, it’s not reliable enough to go any higher in my humble opinion. While it’ll have a massive 5000 ATK/DEF if you have 10 of the required types in your graveyard, getting it on the field can be a chore if you don’t have A Legendary Ocean. It’ll be extremely powerful late-game though, capable of OTK’ing without trouble.

Packs you can get this card in: Abyss Rising. 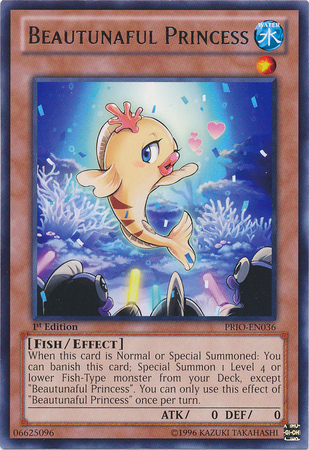 Is there really a reason you wouldn’t add this card to any fish type deck?

It’s essentially any level 4 or lower fish type monster, it’ll be a godsend if you draw it in your first hand. It’s likely the ugliest fish ever seen since Feebas but, appearance aside, it’s a must-have for any fish deck.

Packs you can get this card in: Primal Origin. 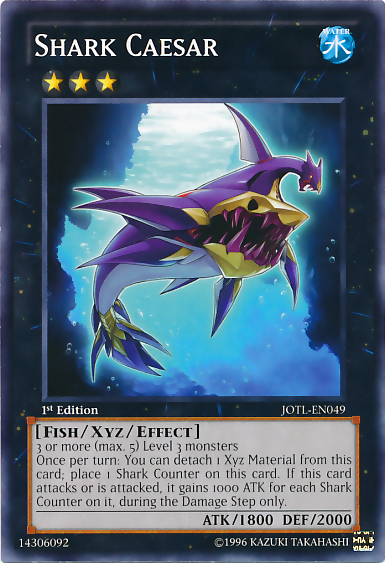 Not just a great fish type monster, Shark Caesar is an awesome rank 3 XYZ monster all-round. It can take a bit of time to get going, requiring a good 2-3 turns before it starts getting beefy, but it’s so worth it. With how easy it is for water/fish decks to get level 3 monsters on the field, this should be your go-to fish XYZ monster. 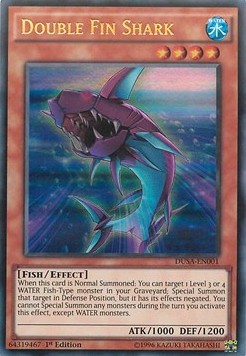 A free rank 4 XYZ monster, or rank 3 if you have A Legendary Ocean on the field. Sometimes, a card like Double Fin Shark is all you need to completely change the course of a game. Getting an XYZ monster on in one turn cannot be understated, especially if you have a large pool of choices in your extra deck. Such versatility is badly needed for any deck with victory aspirations and for this reason, Double Fin Shark breaks the top 5 of the list.

Packs you can get this card in:  Duelist Saga. 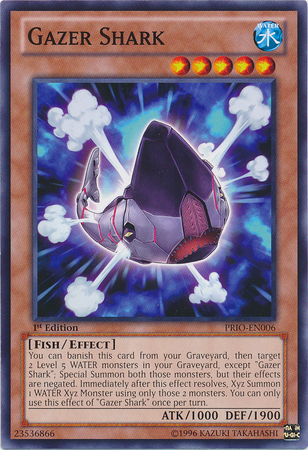 It seems “Shark” could be its own archetype with how many fish type monsters contain the word.

Just like the previous entry, Gazer Shark gives you a ton of options. Its effect works from the graveyard so you can happily use this monster as discard material. It’ll give you two level 5 monsters from the graveyard onto the field, then you must immediately XYZ summon those monsters. The summoned XYZ monster has to be water attribute but there are plenty of amazing rank 4 or 5 water monsters.

Packs you can get this card in: Primal Origin. 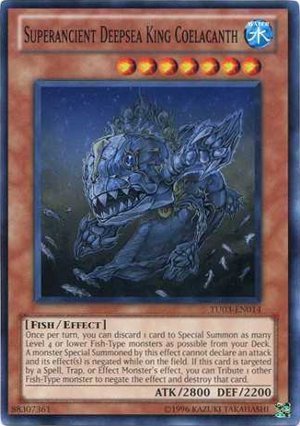 This boss of a monster is incredible, it opens the door for an easy OTK and red-faced opponent. As its a level 7 monster, A Legendary Ocean will reduce it to level 6 and allow it to be summoned with just a single tribute. Then you can ditch a card to fill your field full of level or 4 lower fish type monsters, all of which will be ready to use as XYZ materials or for a synchro summon.

Those effects alone are enough to make King Coelacanth one of the best fish type monsters but its reliability to stay on the field and shut down your opponent’s plays are what make this card so amazing!

Packs you can get this card in: Phantom Darkness. 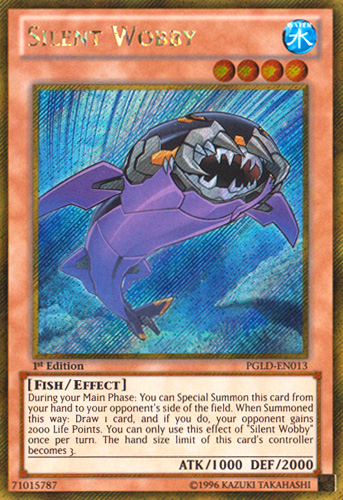 Silent Wobby isn’t viable at all in any card of fish or water deck but it brings so, so much to any stall deck. A good stall deck will be happy watching their opponent sit there with a full field and hand, Silent Wobby takes advantage of this situation insanely. Reducing your opponent’s hand size limit to 3 means they’ll have to discard many of their cards, putting them even further at mercy to your stalling capabilities. Only use Silent Wobby if you genuinely hate your opponent, they will not enjoy it at all!

Packs you can get this card in:  Premium Gold. 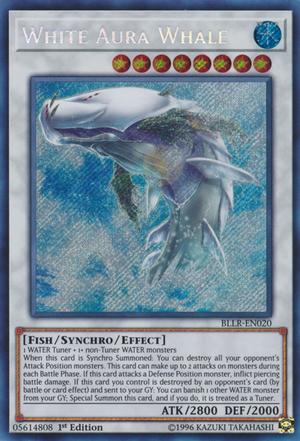 What an absolutely insane card!

White Aura Whale is an easy to summon, high damage beater that’ll surely provide a massive boost to any water deck. Providing a nuke like Mirror Force effect when summoned, it can then attack any two defense position monsters to inflict damage and clear their monster zones even further. If it dies? Who cares, simply banish a water monster from your graveyard and bring it back!

I can honestly say White Aura Whale is by far the best fish monster, possibly even the best water monster in the entire game!

Packs you can get this card in: Battles of Legend: Light’s Revenge.