The cyberse type is the most recent of its kind, being introduced with the new Link monsters. With a futiristic look, the Cyber archetype might be a feeling a bit left out. However, a new type brings new monsters and effects. These cards work together like no other in the game, allowing you to form your own strategies and tactics. They do work best in the Link format though so keep that in mind. If you’re looking to delve into the recent releases, take a look at the top 10 best cyberse type monsters in Yugioh! 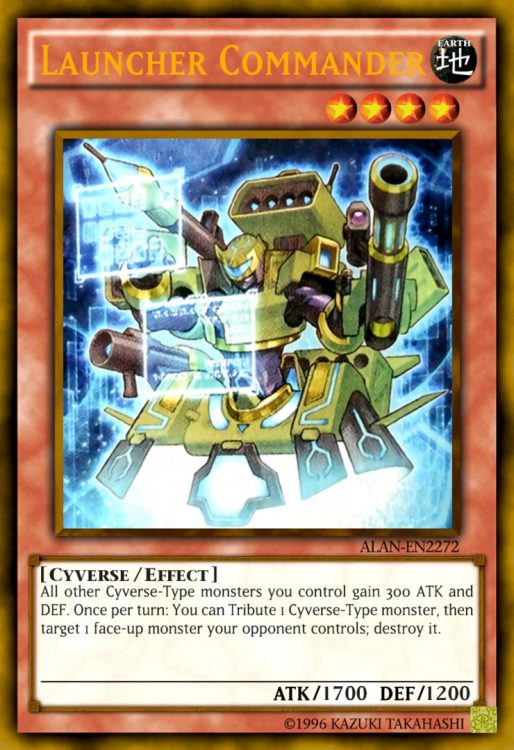 As you can likely tell, the cyberse type doesn’t have many monsters so the first few entries won’t be anywhere near as good as the rest. Launcher Commander is decent though, granting a bonus of 300 to your cyberse monster’s ATK/DEF stats. Such an increase is minimal but effective, especially for a level 4 monster. The secondary effect is also fairly good, although you won’t use it unless you have to. 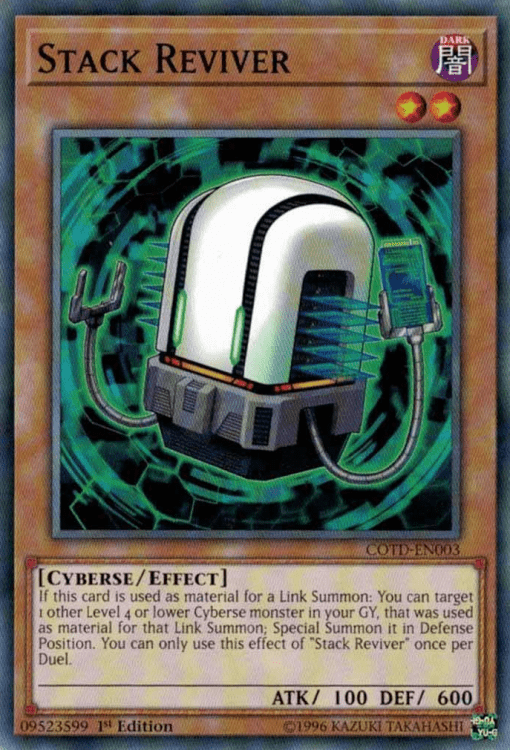 This monster is crucial in a deck containing Link monsters because if its used for a Link summon, Stack Reviver brings back the other monster from your graveyard. It can only be used once per duel though, so you’ll have to make the decision of putting the 1 copy of it in and rarely drawing it, or more than 1 copy and getting the others as dead draws. 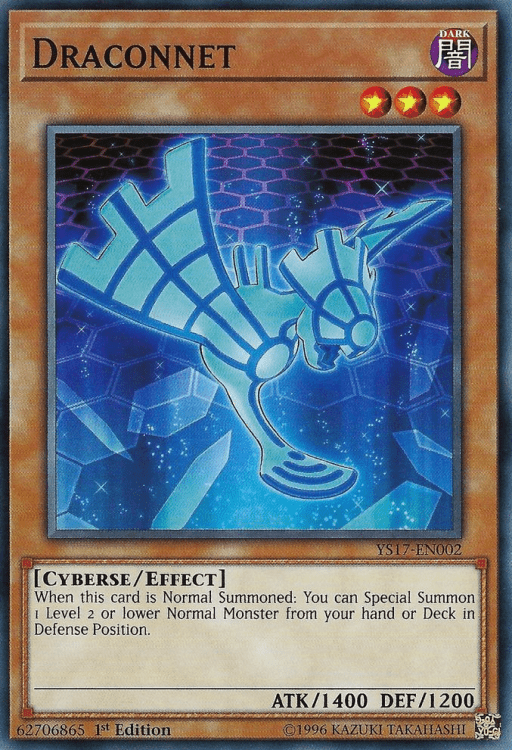 A fully fledged Link monster in waiting, Draconnet gives you an easy choice as to which Link monster you want to summon. So long as you actually have level 2 or lower normal monsters in your deck (such as Bitron), you’ll easily make use of this card. The usefulness extends further than Link summoning though, I’m sure this card could fit into quite a few decks with its summoning effect. 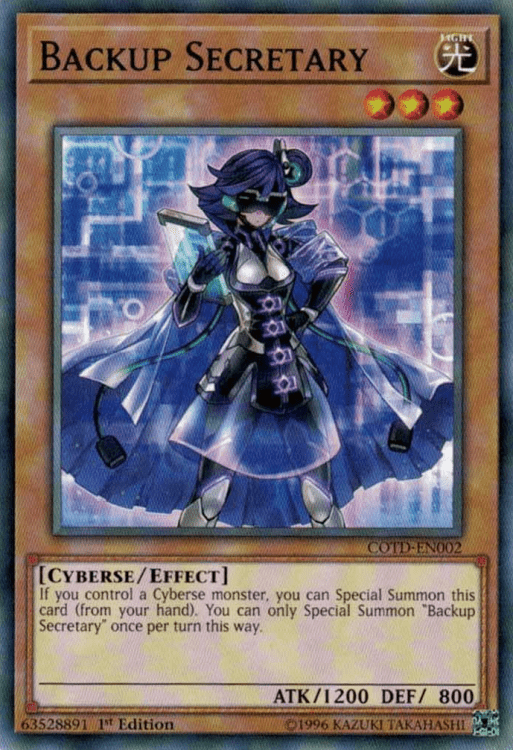 Nice and simple, yet effective. Getting monsters on the field is the aim of the game with the cyberse type as they look to their link monsters for power. Backup Secretary helps a ton in this regard, giving you an easy way of summoning a Link monster from your extra deck. That’s about the only use but it’s better than any others on the list, as it doesn’t have the same requirements to be useful. 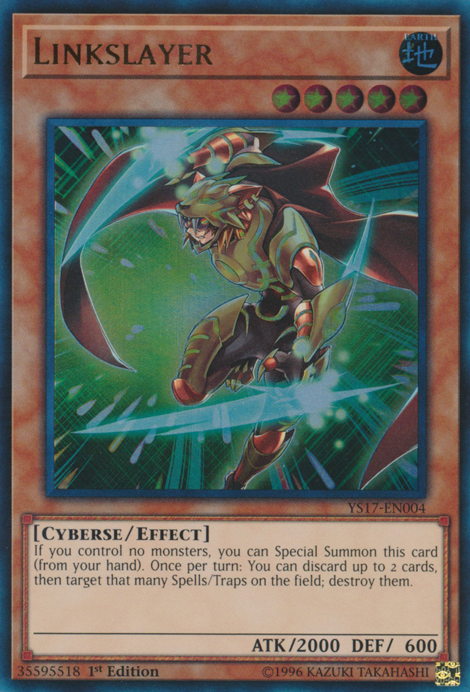 What an awesome card! Linkslayer is my personal favorite due to the cool art & name, it’s also a great choice in any cyberse type deck. With an effect similar to Cyber Dragon, it’ll help you storm the field and get out the monsters you need. In certain situations, it can also help win the game by destroying up to 2 spell/trap cards. Overall its versatile and should be in any deck that needs cyberse type monsters! 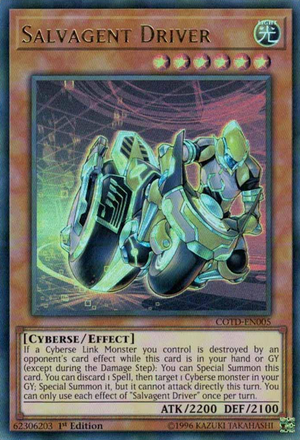 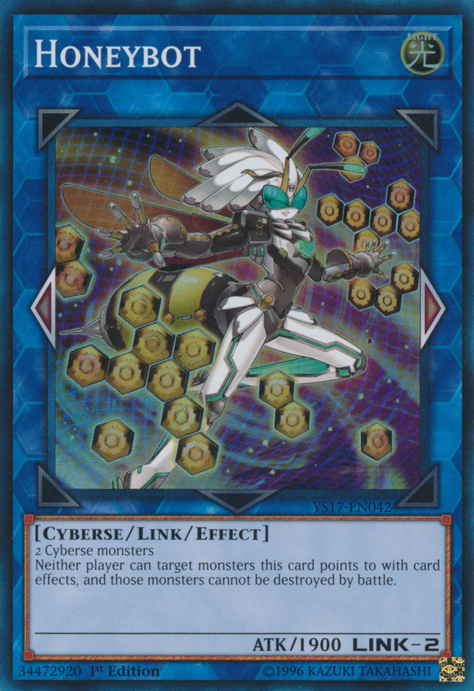 The first cyberse type Link monster on the list, Honeybot is the bread and butter of all cyberse decks. With exceptionally easy summoning requirements, expect to be making use of its effect from your first turn. While it does lack in ATK stats, it’ll help protect your monsters until you can get more powerful monsters out. 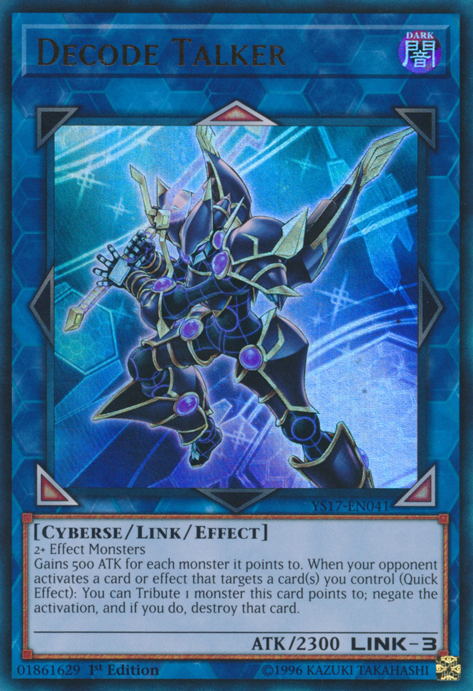 Having one of the easiest summoning requirements out of all Link monsters should mean its ATK & effects are downgraded. This is not true though, Decode Talker is perfect for any deck. With a monstrous ATK stat, powerful effect & good link arrows, this monster definitely deserves to hit the top 3 of this list. 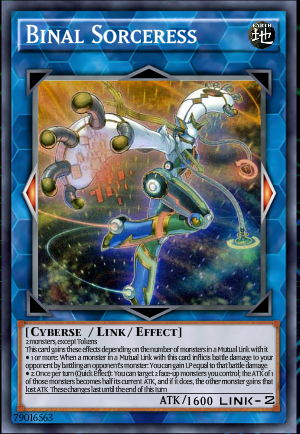 Versatility is what Binal Sorceress is all about and because of this, it’s one of the best cyberse type monsters in the game. It provides two great effects that can completely turn the game upside down, such power is usually given to the higher extra deck monsters but any two monsters are needed to get this out on the field. 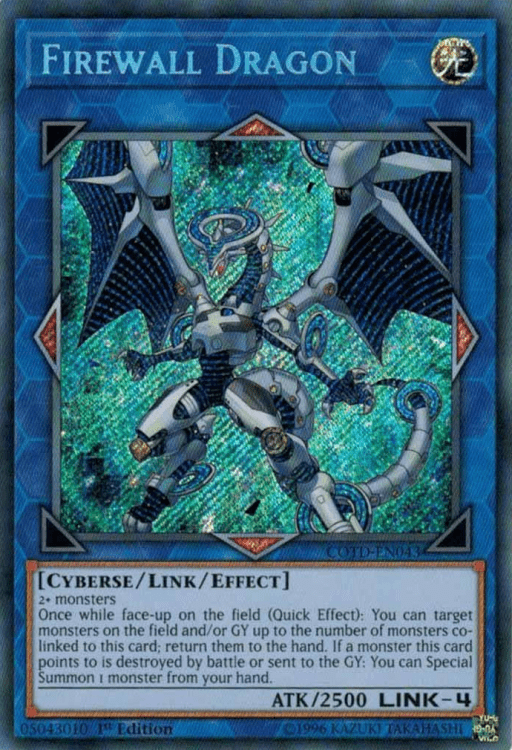 Firewall Dragon is already famous throughout Yugioh, so many strategies have adapted themselves to the practicality of this monster. Any two monsters are demanded to summon Firewall Dragon, there it’ll act as a 2500 ATK powerhouse and dazzle your opponent with its surprisingly flexible and reliable effects. There’s no reason why 99% of decks shouldn’t contain this card and because of this, it’s definitely the most powerful cyberse type monster in Yugioh!