Whether you’re a competitive player or a collector, you need some token cards to place on the field when needed. Not only do they look cooler than coins or other items, they represent the game a lot better and offer more clarity. While common tokens are fine, some are incredibly rare and valuable.

No doubt you have at least a few of the entries on this list, many of them are quite old but I guarantee there’s a bunch you’ve never even heard of before!

Since the introduction of Link format, tokens have become a key part in strategies as they contribute significantly towards your Link summoning aspirations.

This list goes through the 10 best tokens in Yugioh, choosing the ones that look awesome and are desired by players all over the world. 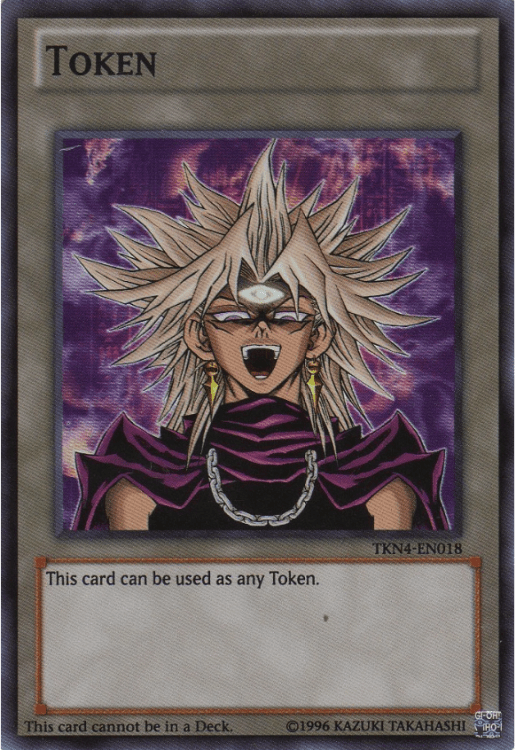 Available only in 2014, players who came in the top 8 of the Yugioh Day tournament during this year were given this card. As you can tell, it’s an extremely rare token. What an awesome token it is though, depicting Yami Marik laughing at whichever victim he happens to be torturing on that specific day. Even though this card type tends to be in low demand, this particular token is still worth a pretty penny!

If you’re interested in checking out when the next Yugioh Day event will be held, consult Konami’s events section on the official Yugioh website. 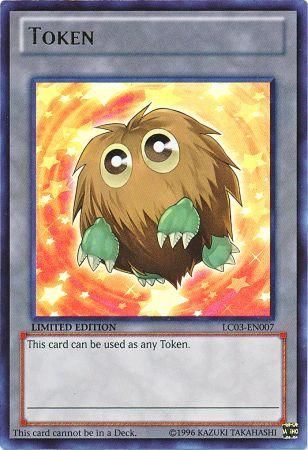 Found in the incredible Legendary Collection 3: Yugi’s World set, this entry refers to a set of 3 different tokens. 2 of them are Kuriboh alternate arts while the other is an Emissary of Darkness token. Since the set was released all over the world and many were sold, plenty of these tokens are available for you to get your hands on! 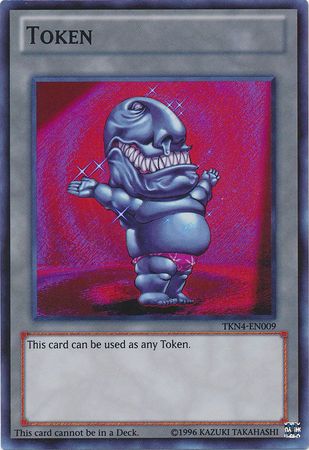 Easily the rarest tokens in the entire game are the Super Rare Ojama tokens, which were given in the Battle City Tournament Kit. Never heard of that set before? I don’t blame you, only winners of Battle City tournaments back in 2014 could acquire it. 7 tokens in total could be obtained via this kit, with each set guaranteeing a Battle City token and 3 random ones.

The value shown below is the price of all 7 tokens combined.

7. Dark Side of Dimensions 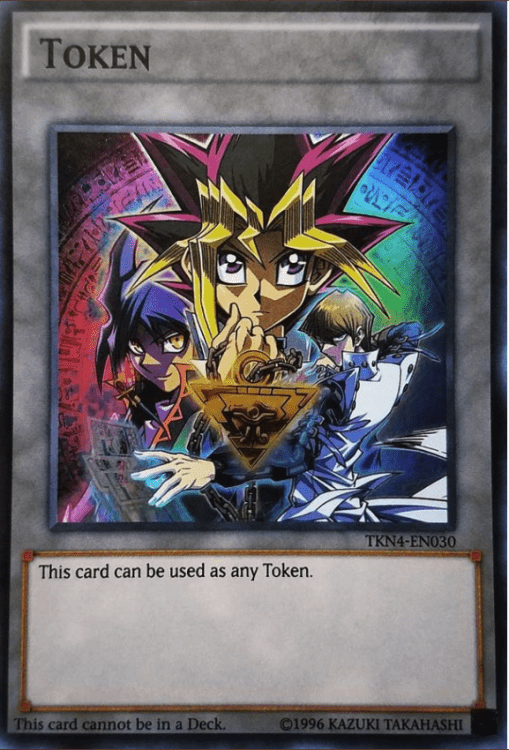 Another Yugioh Day specific token, with only 8 players receiving it once again. With so much detail going into the art, it’s one of my personal favorites, especially as it depicts characters from the epic Dark Side of Dimensions movie. I’m surprised how cheap it is to be fair, I guess most people don’t care for Aigami. 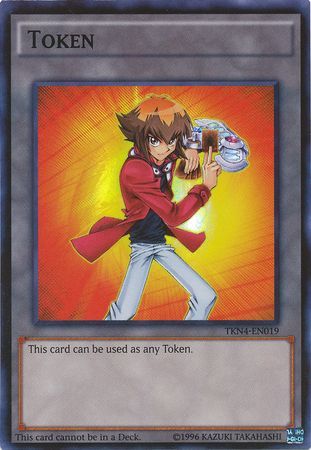 Yusei Fudo and Zane Truesdale have also received Super Rare tokens based around them, I chose Jaden Yuki’s version over them due to the art looking a bit better. Being the main antagonist behind Yugioh GX, Jaden Yuki fully deserved his own token and this one was awarded to the top 8 players of the 2015 Yugioh Day event. 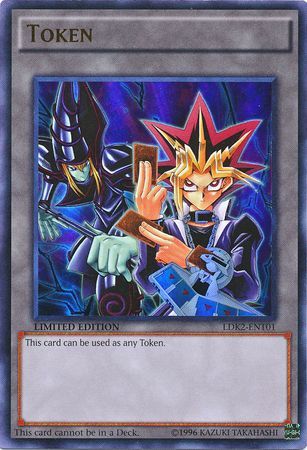 Among the best tokens in the game are those from the Legendary Decks 2 set, which stinks of nostalgia so bad that almost every player bought it. You’ll likely already have all 3 of them, which means you own some of the only Ultra Rare tokens in Yugioh. Even if you don’t have them already, they’re so cheap you can buy them without making a dent in your wallet! 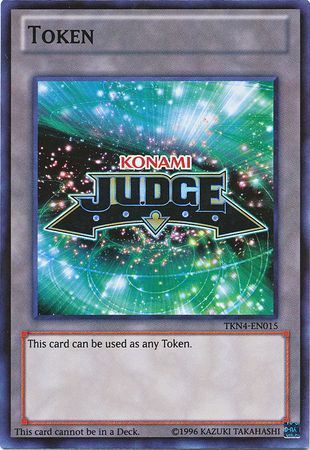 Judges get so, so much stick at Yugioh tournaments. Players get salty sometimes, understandably, and they take it out on those who are just trying to help. Konami recognises this, so they started giving out special token cards to Judges at large-scale Yugioh events. Unfortunately I can’t find any information as to when they were given out, nor if they’re still available to judges. Just take a look at the set though, they’re brilliant! 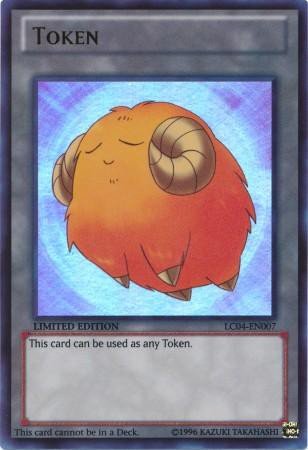 Legendary Collection 4: Joey’s World is one of the coolest sets ever, not just for containing a wide variety of awesome cards but for the tokens too. We finally got dedicated Scapegoat and Stray Lamb tokens. To be fair, you can obtain all 6 of them for cheap and have no more token issues for the rest of your dueling career. They’re so damn cute, your face will light up as soon as you see them in real life for the first time! 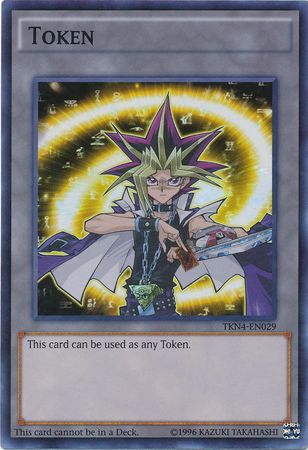 The last Yugioh Day token on this list, one that was only available back in 2016, to the top 8 players of the 2016 Yugioh Day event. It features Yami Yugi looking as badass as ever, you can see the look in his eyes, you just know the card he holds is going to do something incredible. This is my personal favorite and I’m sure you’ll agree! 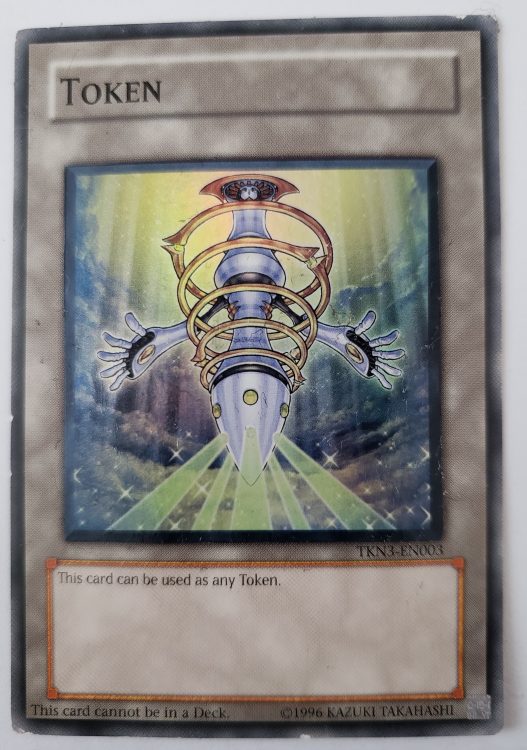 It’s so easy to make your own custom tokens, you get to decide exactly what art you want. It’ll take no more than a few minutes of your time, except an hour or so of waiting but you can do something else during this period.

I created the pictured Super Rare token with my first try, it turned out really well. You can transfer any spare holo card you have, or even something like a Ghost Rare card if you want to. Here’s the YouTube guide I followed, but I’ll provide a guide below as well!

Please note: Older cards have smaller art sizes than newer cards, so make sure the art is the same size between the token and holo!

What you need to hand: