You have to give credit to Riot Games, they have an outstanding art team that produces extremely high quality images. Of course, the in-game models never match the detail of splash arts but that’s fine, League of Legends needs to run on potato PCs. Splash arts are essentially an advertisement for a skin or champion, a teaser to help describe the awesomeness of the content you’re thinking about purchasing. Nowadays, these splash arts are incredible, it wasn’t difficult to choose the 10 best! 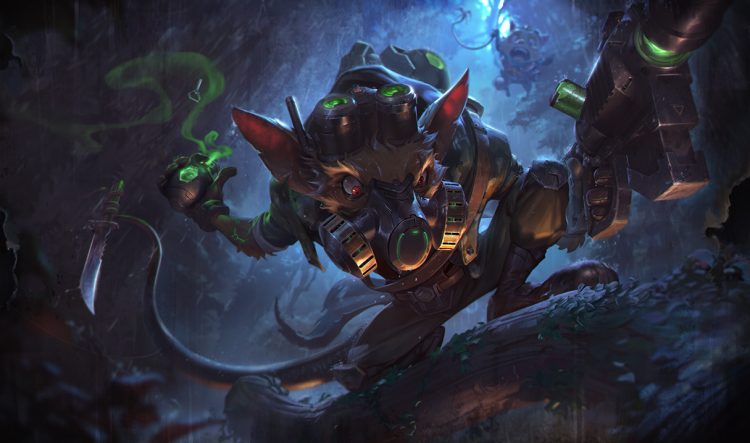 All of the Omega Squad splash arts are incredible, personally they’re some of my favorites. Omega Squad Twitch is the best though, it perfectly portrays exactly what the skin was trying to achieve in terms of thematic. Also there’s a screaming Teemo in the background, extra points for that! 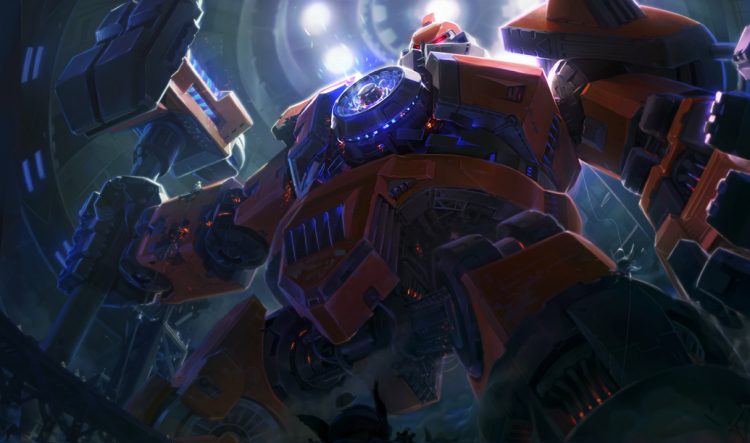 This has to be one of the coolest non-ultimate skins in the game and the splash art is even cooler. The art captures the gargantuan size of the Mecha series, showing Mecha Zion Sion is much bigger than even a Jaeger from Pacific Rim. The sheer enormity is what makes this splash art so good! 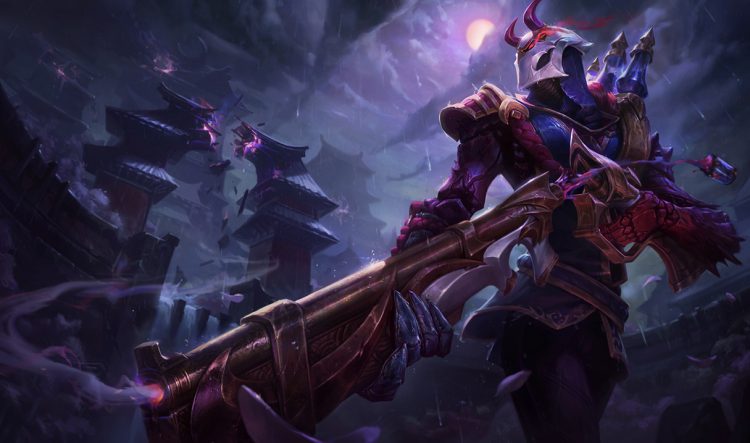 As a Jhin main, I was waiting for an awesome skin that further follows his dark theme. The High Noon skin is decent but not for me, I was worried he’d get a Pool Party or Definitely Not Jhin skin. When Blood Moon Jhin was released, I had to make it my first full RP purchase. The splash art immediately piqued my interest, I had never seen such an awesome piece of work. For me, this splash art would definitely be first but I understand my bias, which is why it doesn’t break into the top 5. 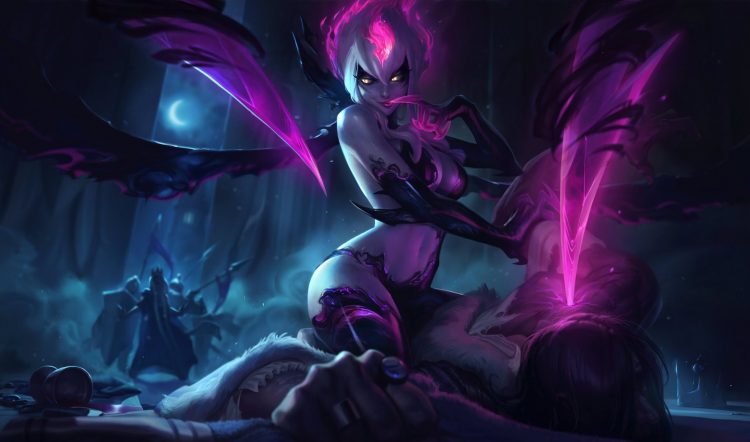 My god was Evelynn’s old splash art hideous, the pre-rework splash wasn’t too bad but the post-rework splash art is a huge, huge improvement over any previous variants. League of Legends players are speculating its Vayne’s parents who are depicted in the new splash art, which makes this splash art both lore-friendly and beautiful. 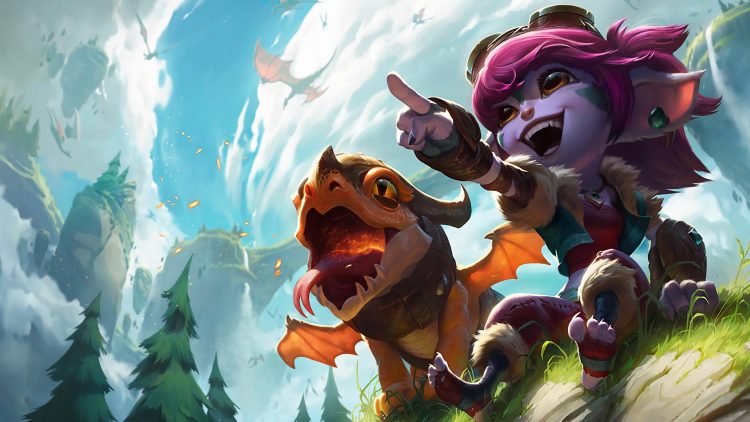 The animated version is one of my favorites of all time, seeing Tristana and her young dragon enjoying the view is glorious. With so many futuristic (PROJECT), relaxed (Pool Party) or ‘evil’ (Blood Moon) skins coming to the game in recent years, it’s always great to see a fun fantasy take on a champion! 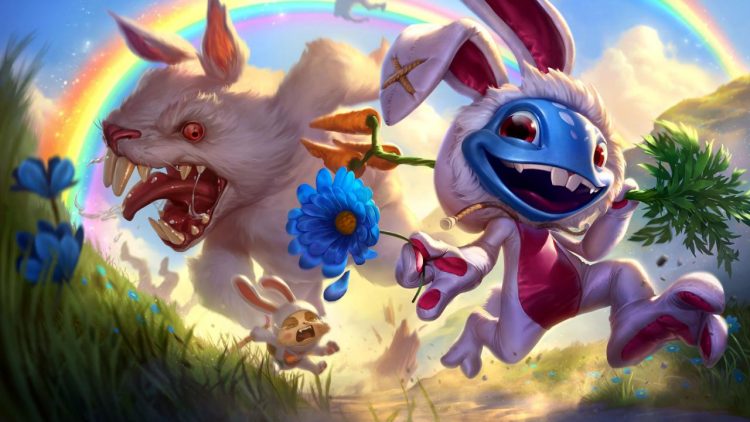 Dear god I hate Fizz so much, I always make sure to ban him every single game. Out of all the Fizz skins, Cottontail has to be the most frustrating to be destroyed by. Putting gameplay aside, the splash art is incredible, looking humorous yet tricky, just like a Fizz splash art should be. Also, double extra points for a screaming Cottontail Teemo! 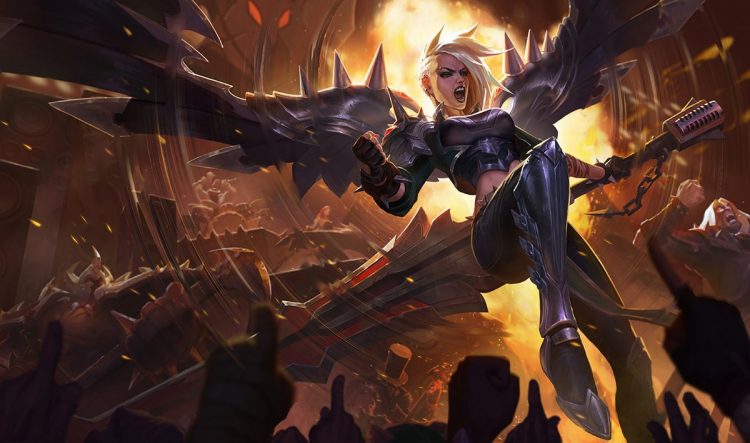 It was weird to see Kayle get a new skin, everyone knows she’s soon in-line for a Visual & Gameplay Update along with her sister Morgana. In all fairness, Riot went into overdrive with Pentakill Kayle, particularly with the splash art. It features the rest of the Pentakill band but Kayle herself is clearly the main focus as she looks like a true rock star. 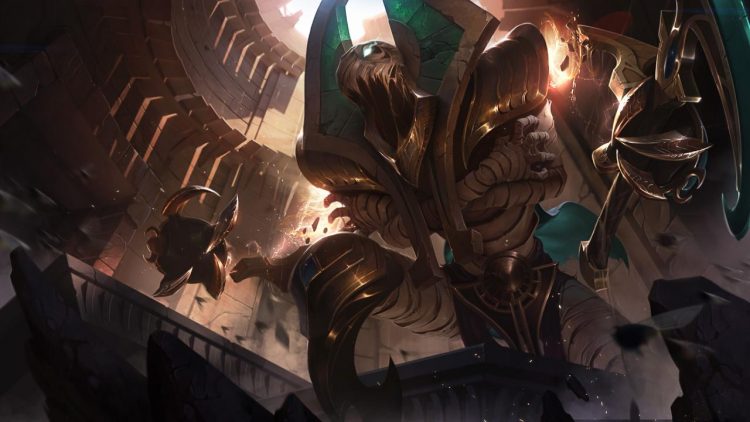 Risen Fiddlesticks is the oldest skin on this list, yet it sneaks into the top 3 by looking absolutely outstanding. Just like Mecha Zero Sion, you can tell the scale of this Shuriman themed skin is massive. The entire premise strikes fear into the heart of anyone unlucky enough to encounter such a huge mummy. 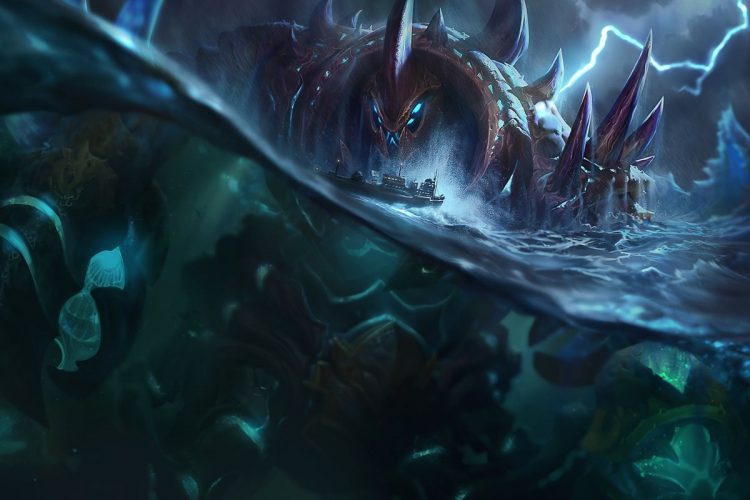 I have no idea how Riot manage to think of such awesome splash arts, especially when you compare it to the old art. Upon Urgot’s rework being teased, I saw plenty of Redditors and Board members praising the utter scale of this art, I don’t think there’s a splash art in the game that’s more intimidating. 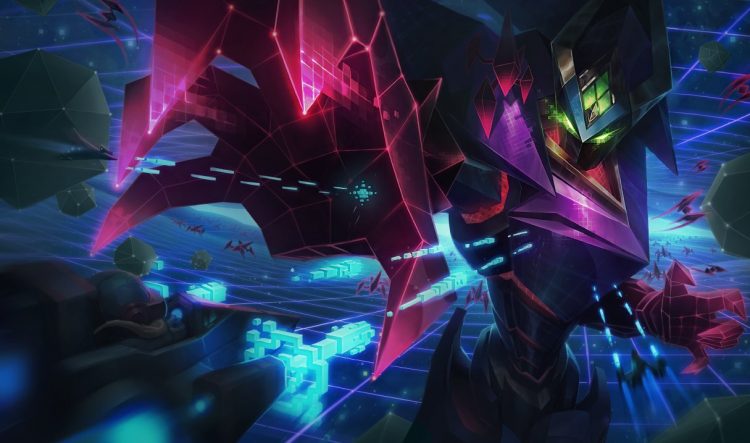 I fully believe the arcade splash arts are the best in the game but I didn’t want to include more than one, otherwise most of the list would be compiled of them. I chose Battle Boss Malzahar to represent the arcade skin line, I love the story it tells and it fits a boss much more than any other splash art in League of Legends. I’d kill to be able to play a mini-game of Corki fighters vs Malzahar voidlings, Riot please!