Among the different types of weapons in Destiny the Scout Rifles are pretty popular to those that pride themselves on their marksmanship, but minus the sniping from a longer distance with a Sniper Rifle. Even though they do the same thing to a point (just not as far as snipers) the Scout Rifles are not only made for semi-long range battles, but also mid-range battles like Pulse and Assault Rifles! Wanna use pin point accuracy while up close? Then grab one of these bad boys, but you’re probably wondering “Well, which ones are the best to get?” and that’s what we’ll be going through on today’s Top Ten list.

Starting us off is a Scout Rifle from the first Destiny Raid, Conspirator. We’re starting with this gun because even though it’s not the “OMG IT’S AMAZING!” kind, it’s certainly not something to just throw away. Provided you get decent rolls on the gun, of course because otherwise it’s not a good idea! Stats wise it’s around average except for the Handling, which it has some pretty decent amount of; that plus some Stability and Range this can be useful. If you need a quick gun to use then look to see if it dropped from the raid!

Second on our list is a Precision Frame Legendary Scout Rifle, Tone Patrol. Yet again not amongst the cream of the crop in the Scout Rifle group, but in the same archetype as Nameless Midnight and something to use in PvE to help with the adds. It carries the perk Dragonfly that gives precision kills an elemental aspect (aka it goes boom, guys…), and having that with the Flared Magwell or High Caliber Rounds allows you a weapon to crush groups of adds rather efficiently. Look for it from the Gunsmith Banshee-44 or Legendary Engrams.

Now, we’re stepping it up a notch with the Last Wish Raid Legendary Scout Rifle, Transfiguration! Let me tell ya, I’m not one to really use Scout Rifles all that much yet when looking up information and reviews on this one; a good few mentioned how well it handles. Using the perks paired with it’s original stats makes thing even more interesting, but when you want to get a good setup on any weapon you don’t always wanna keep on going for those hard hitting mainstream perks like Kill Clip and Rampage yet with Transfiguration it’s the opposite. That’s because it already has some very good default stats and you really don’t need to add too much more on them, maybe a little more recoil control or Stability. So give the raid a go with some friends and see if you can get it to drop.

Coming in at number seven on today’s list is the Legendary Scout Rifle; Vouchsafe and I’ll be going over how viable it is and popularity. To be honest I have never had my hands on one as of yet, but that’s not gonna stop me from letting you guys know just how useful it is in PvP. The perk combination I saw was Full Auto with Rapid Hit and that seemed to be a little unorthodox just because you wouldn’t usually have them on your gun especially since Full Auto kind of slows you down when holding that trigger down, but because the Vouchsafe is a lightweight frame Scout Rifle it allows you to have better movement speed. That working with Rapid Hit giving your precision hits a temporary increase of Stability and Reload Speed giving you better Crit shots; makes for some pretty fun times in the Crucible! It is obtainable in the Dreaming City guys, be sure to give it a go if you get it.

Hitting the half way mark at number six is No Feelings, another Calus raid Legendary Scout Rifle. Admittedly I wasn’t sure about this one even being on the list let alone in the top five of it, but obviously I did and that is because I found out that No Feelings has the fastest TTK (Time To Kill) of the Scout Rifles, the reason being is because it has Box Breathing guys! For those that aren’t sure what Box Breathing is; I’ll explain. When aiming for a short period it allows you to have a bonus of increased Range and Precision damage that resets after firing or exiting zoom. Also if you’re playing on a Hunter, you can use the Exotic Helm; Knucklehad Radar (you Hunters are lucky) combined with the Outlaw perk letting you have radar while you’re aiming; otherwise you’d end up getting pretty paranoid about getting shot!

5. Talons of the Eagle

At the second to last of the Legendary Scout Rifles is; Talons of the Eagle. It’s able to go in either direction really, but the Talons of the Eagle can be good when coupled with the two perks Firmly Planted and Moving Target. Firmly Planted gives you increased accuracy, stability and handling whereas Moving Target increases movement speed and target acquisition while aiming down the sights. This unlikely combination doesn’t sound like much at first, but once you guys give it a try you might end up liking it and is obtainable through the Iron Banner.

Finally at the last of the Legendary Scout Rifles is one that I, myself have used and find it fun to have before getting the Exotic version Polaris Lance; the Braytech RWP Mk II! Now there were a lot of casual Destiny 2 players that did the quest line that gives you the Baytech RWP Mk II as a stepping stone to it’s upgraded version and took the gun as just that and nothing more so I’m here to tell you differently.  Although it has a better upgraded version, once this gun is setup right it has some kick to it. It has slightly more handling, but less stability by a small chunk than it’s successor. Also because it’s the Legendary version of Polaris Lance they have all of the same perks except for the final perk slot it has Triple Tap. I highly suggest doing the quest line for Polaris Lance guys. 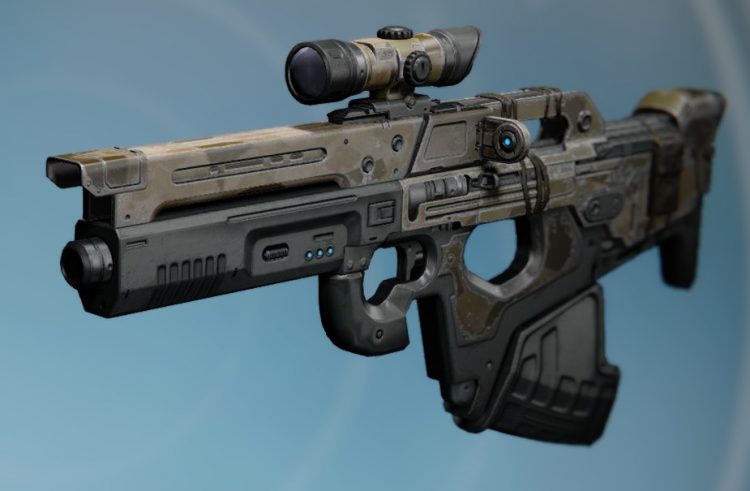 First up on the Exotics for this list on Scout Rifles is the MIDAS Multi Tool, and I can already hear the yelling of some “Why add this?!”. Even though this Exotic Scout Rifle isn’t exactly the most popular right now, I added it for it’s past popularity and how there are still a few die-hard fans out there. That being said this gun did get a little redemption when the Catalyst added the Outlaw perk to it, but like I said…only a little redemption unfortunately. Needless to say for now there’s not much to add after that until it gets a rework or something to make it great again so if you get it from an Exotic Engram be sure to save it. 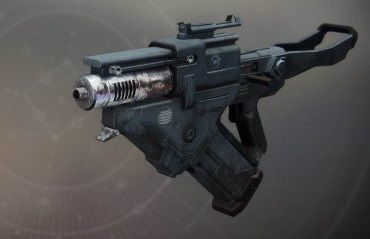 Getting to the final two and also one of the better three Exotics is the Skyburner’s Oath. The gun may not be the best in terms of just battle damage, but it can be used to your advantage if done correctly. The perk Slug Rifle lets out large, explosive seeking slugs when firing from the hip, they also travel fast and straight with higher damage, but slower fire rate when you ADS (Aim Down the Sights). That plus the For the Empire perk making it Full Auto gives it some good usage in PvE only right now guys especially against Cabal. I’m unsure if it’ll get much better, but it’s still quite a popular gun to some who use it and obtained it by Exotic Engrams, Luminous Engrams from Milestones, Crucible matches, leveling up the vendor and public events.

Our final Exotic and top Scout Rifle is my personal favorite out of all of the Scout Rifles that are listed here, it’s the successor to the Braytech RWP Mk II; the Polaris Lance. The Polaris Lance seemed to be quite the popular gun to PvP players after researching it and I mean, I can see why too. The stats of the Polaris Lance are similar; minus the handling being slightly less and the stability is a bit larger.

Like I mentioned before when talking about it’s predecessor, they have the same perks except for the Intrinsic perk; Polaris Lance has The Perfect Fifth instead of Triple Tap. Allowing your precision hits to return ammo to the mag and after landing four precision hits loads a delayed Solar round for your next shot! Giving your shots that extra damage when getting those Crits and four precision shots, making your TTK (Time To Kill) even better. I highly recommend getting the Nascent Dawn quest line down so you too can enjoy this gun like many others do.

why no Jade Rabbit? I'd put it straight in at #1 having used it, got the catalyst and using it to get Randy's Throwing Knife! Mida Multi Tool I'd put at #2 with Skyburners Oath (my secret love) at #3

I think you mean the MIDA multi-tool, not MIDAS

No mention of Oxygen SR3? It's my legendary scout rifle "go to" option with Dragonfly and Meganeura (dragonfly deals more damage based on the number of precision hits dealt beforehand). Also increased range for being masterworked.