Destiny 2 may well be one the most popular games in the past 5 years or more. That being said I’ll yet again be bringing you more information about a certain type of weapon. The Pulse Rifle. Just like every weapon type, they too have their own set of Exotics that people tend to go nuts over and look for them as soon as possible. Now, personally one of the Exotic Pulse Rifles (that’ll be on the list); the Vigilance Wing is my favorite. Pulse Rifles can be tried and true whether you know how to manage the recoil between the burst shots or can aim halfway decently. So without further delay, let’s get through the list!

However, its TTK isn’t the greatest (Time To Kill) and if you want an efficient kill shot ratio you’ll need almost every shot you hit to be a Crit Hit. Yet it’s been known to be a “very forgiving TTK”, said by a few players, much like the Adaptive Frame type Pulse Rifles which pretty much puts it in a good category in my honest opinion.

Now, we’re not really worried about looks, generally. With the many color shaders, you can make your weapons the colors that suit you so we’re looking at it’s performance and stats. Which is why it’s become a decently popular gun in PvP until you get the gun you really want.

That’s also why it’s on here; because out of the Legendary Pulse Rifles it’s one of the most commonly used because it’s decent enough to use until you get the gun you desire and finding it is all too easy. Just sift through some random drops of Legendary Engrams to get it. Overall, I can honestly recommend this gun to be used if you’ve managed to get a God Roll.

9. Right Side of Wrong

Along with Go Figure, this rifle is also an Aggressive Burst Fire Pulse Rifle, the Legendary rifle; Right Side of Wrong. Much like Go Figure, performance wise it’s pretty much the same so you might be asking “What else is there to add then?” and that’s a good question.

Even though these two are really good to use they tend to be a little difficult to handle and I’ll explain why. Since it has that extra shot it makes the aiming and recoil a bit tricky so instead of focusing primarily on those big perks like Rampage; these need the ones that focus more on stability and handling. I’d also recommend using this rifle if you can get your hands on a good roll, by going through the Tangled Shore and doing activities there of course! 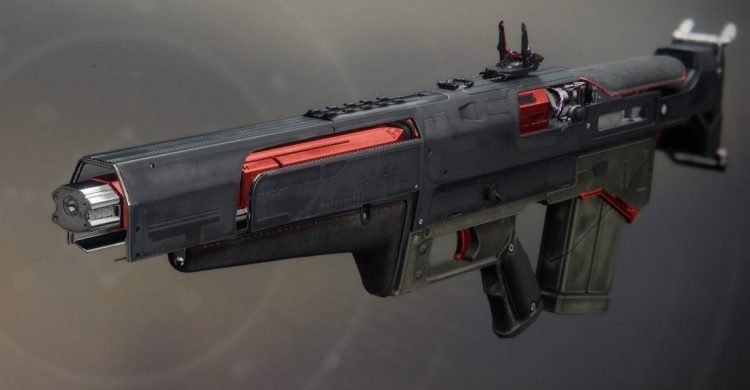 Eighth and next up in the Legendary Pulse Rifles is the also the third and final Aggressive Burst Fire Pulse in the game currently; it’s the Blast Furnace and let me tell you, the video reviews and PvP gameplay that I’ve seen where someone uses it? Hot damn it can be one of the best Pulse Rifles that causes some carnage in Crucible. The overall stats on Blast Furnace are good, but I’ve noticed that it tends to focus on the Range and Stability stats; so if you want the best usage for it you’ll want the first two perks (the sights excluded) to focus on that.

Perks like Steady Rounds and most importantly Zen Moment, Zen Moment is a must since the more damage you do the more stability you get and allows you to put better effort into your kills. Those plus whatever mainliner perk you want as the final? Whew, you’ll be kicking ass in Crucible! Since this gun comes from the Black Armory DLC, the only way to get it is by doing the Izanagi Furnace quest, if you want it bad enough; go get it! 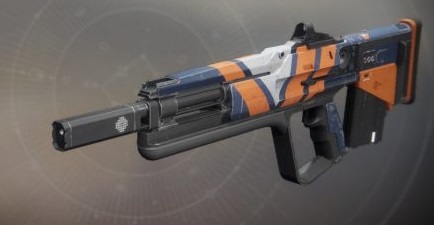 Coming at us at number seven is a pretty controversial Legendary Pulse Rifle, the Nightshade. Its controversy isn’t a bad thing, not at all, it’s just quite difficult to decide its place amongst the other Pulse Rifles, because it’s arguably one of the best (all of these can be argued as such, given that they have the best possible roles). This rifle is a lightweight frame Pulse Rifle, and it’s default stats aren’t lacking whatsoever.

Unfortunately when dealing with lightweight frame rifles, they lack in the Range stat so you’re going need Rangefinder to help compensate in it’s Range. After that one, you get the other perks right you’ll have yourself a very powerful Pulse Rifle with some pretty decent TTK.

This one is a year 2 version of Nightshade mind you and apparently became available in the Black Armory DLC once it dropped. If you want one of the arguably best Pulse Rifles go do the Black Armory quest “Danger After Dark” that you get from Zavala. 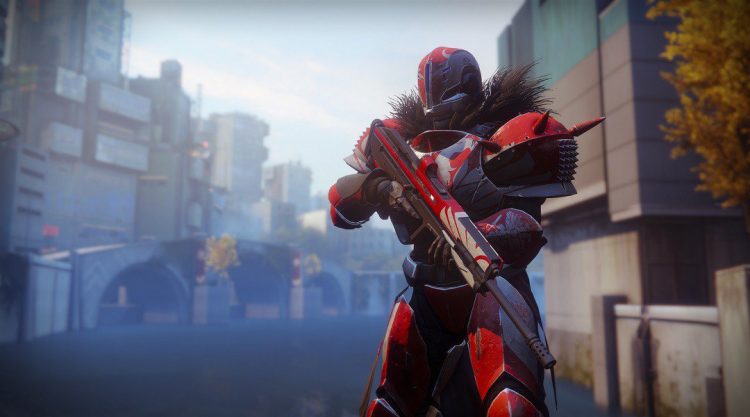 At the halfway mark we’ll be talking about a seemingly very popular Legendary High Impact Pulse Rifle, its popularity apparently is from a certain perk/trait combo and it’s Redrix’s Broadsword. Some of you might recognize the name and that’s because this is the year 2 version of Redrix’s Claymore, being revamped for better PvP purposes. The perk/trait combo I mentioned that made this gun so popular is the Outlaw/Desperado combo and it packs quite a punch. Not because it adds damage, but it makes it’s TTK (for those that forgot that is Time To Kill) that much faster!

The combo adds better reload time and greater fire rate which in my opinion are arguably the better stats on guns (obviously damage too, duh) in Destiny 2, especially when in PvP. This coupled with good stability perks (or mods that’s a given) will make you quite a force to be reckoned with. The only way to get this puppy is through quite a long series of steps through PvP.

Ok guys, some of the stuff I’ve seen about this is just wrong!

Dear Lord, it just absolutely wrecked people with how it was setup and I’m talking about the Pulse Rifle Bygones. Bygones is an Adaptive Frame Pulse Rifle and it comes with a decent amount Range so it’s not pressing to try to get perks that focus solely on that. Because like I said, its default Range stat is good plus some players like going for better Stability and Handling. Besides, Kill Clip with Outlaw is what’s making this gun a down right monster!

All that aside, this gun is just too much because man, I can practically hear the whiners yelling from here saying “Tone it down! It takes no skill! I die too fast!” and they’re not wrong. You kill so fast it looks like hacking. You want it? Then drop into Gambit and get to working.

4. Claws of the Wolf

The last of the Legendary Pulse Rifles is Claws of the Wolf, which I’m told is the year 2 version of Clever Dragon? I’m not 100% sure, but what I am sure is that this could very well be the better one the Legendaries. It’s already got good Range like the last few, so again like some of the others, Stability is what’ll help you here instead of worrying about adding more Range.

Alas, what I’ve seen a few people add is the Full Auto perk, that way you don’t have to worry about constantly pulling the trigger and coupled with the perks/mods that help managed the recoil you’ll be just great with it. This weapon is only available during Iron Banner by ranking up and completing Iron Banner matches. 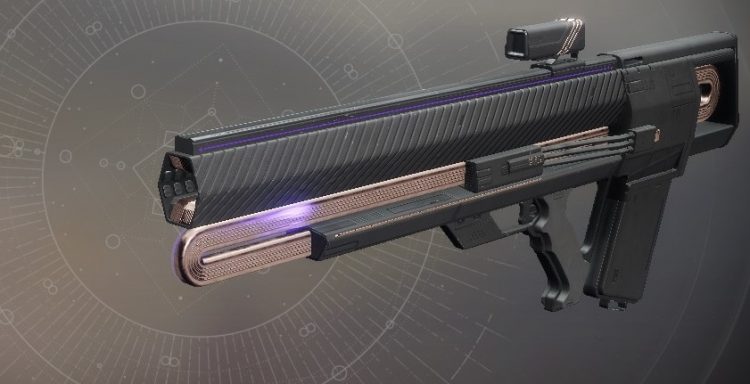 Starting the Exotics in our list and in our Top 3 is Graviton Lance, a quirky 2-burst shot Pulse Rifle. That’s right I said it, it’s a 2-burst shot and that’s because it has two perks that gives it some pretty good AoE damage in PvP and PvE. Black Hole and Cosmology are the two perks that make this gun really fun to use, Black Hole allows you to rip a hole in spacetime on the second shot for high damage. While Cosmology turns enemies bodies into void grenades (upon death) that track nearby enemies.

Although these are two very big pluses in the perk area, there’s some negativity with the gun. Like for instance the Crit Hit shots, you pretty much have to hit every one of them if you want to get those kills. Graviton Lance can be obtained from one of four different ways; you can try to get it from Xur, an Exotic Engram, a Luminous Engram from a weekly Milestone or as a reward choice from the Sacrilege mission. 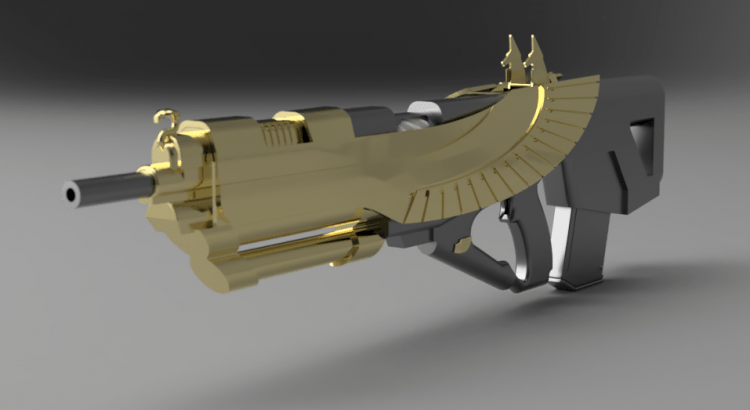 Second of the Exotics in our list today is Vigilance Wing!

That’s right, the Egyptian master piece..ok so I’m a little biased when it comes to this gun. Fine, very biased…I can’t help it, just like a lot of other people it was and still is my go to weapon in PvP. Having a 5-burst shot instead of your standard 3-burst or 4-burst shot, made this Exotic Pulse Rifle quite the contender!

Especially when the perk Harsh Truths that allows you to 5-burst shot also gives you faster healing regeneration when a nearby ally dies, now tell me that doesn’t help. Face it, it was made for PvP guys and if you still haven’t gotten it (you must be very behind) then go through Trials of Osiris already!

Last of the Exotics of todays list, but most certainly not the least is by far the most popular and best Pulse Rifle to date; the Outbreak Perfected. I cannot express how nasty this gun is PvE and PvP!

It has two major perks that compliment each other so well it’s just unfair for adds and bosses alike due to the fact that you can burn through Calus like he’s nothing in no time. These perks are The Corruption Spreads, which creates SIVA nanites that spread out and cause damage upon all precision and rapid shots. And the other is Parasitism, it allows the weapon to do more damage based on the amount of SIVA nanites attached to them. Now tell me you don’t want this gun after hearing all this. Luckily you can by starting the adventure called The Bad Neighbors!