The Division, created by Ubisoft, is a gorgeous world full of interesting and immersive features. When you first fire it up and propel head-first into the war-torn city of New York, you can’t help but gaze at the beautifully apocalyptic environment. In terms of gameplay, The Division offers bullet-sponge enemies to take out in order to find loot and complete missions. All weapons in the game are effective, so long as they’re appropriately levelled.

Marksman rifles are arguably the most satisfying though, seeing big bosses go down in a few headshots is glorious. For this reason, I recommend everyone hold a marksman rifle in their inventory, even though they aren’t the most competitively viable. Are you looking to find the best marksman rifle to utilise? This list has ranked them for you!

Featuring a bull-pup design, the SRS favors usability over damage. Although it’s only in the 10th spot on this list, this marskman rifle is well worth using if you find a decent one. Sacrificing damage allows the SRS to excel in other areas, such as accuracy, magazine size and reload speed. For raw hard-hitting power (which is what I value in a rifle), look further down the list.

A great all-rounder, the Scar-H marksman rifle will serve you well in any situation you can come across. More effective at longer range, you have plenty of ammo to work with (15 bullets per mag) as you mow down enemy after enemy. In terms of damage output, it does suffer due to in its competence in other areas. A high rate-of-fire (2nd highest in its class) does partially make up for this, as missing shots is more forgiving.

Lets be honest, we all love using weapons of this aesthetic type. There’s something so awesome about a wooden stock, makes you feel like a true sniper. On the battlefield, the M44 provides you with a hard-hitting but slow firing marskman rifle, capable of dealing heavy damage to enemy bosses. If you need to take down groups of weaker enemies, look away as a magazine size of 5 is pretty difficult to work with!

Favoured by pretty much every single marskman user in the community, the M700 is absolutely incredible. High base damages combined with the Elevated trait (10% more damage while above the target) allows you to be the sniper you were born to be. Dear god does it take ages to reload though, as the M700 has no magazine system, each round is loaded individually.

Now we’re getting to the real bad boys, Heel comes as part of a gear set with another item (as you’ll see later) but it’s completely viable on its own. Heel contains its own Talent called Fury, which increases weapon damage by 15% after hitting a weakpoint. Not only this, you also gain +30% critical hit damage after hitting a skill proxy which is quite crazy. If you’re accurate enough, Heel is all you’ll need for your long range engagements!

Second part of the Devil’s Heel gearset is Devil, another semi-automatic rifle. This one is particularly savvy, granting almost identical damage output and accuracy with a different talent. Headshots increase sability by a massive 30% for 15 seconds and bodyshots increase headshot damage by 30% for 15 seconds too. You’ll easily melt even the biggest of bosses with this marksman rifle!

Coming in at number 2 is Tenebrae, wielding the same combat stats as the Scar-H. Most of this marksman rifle’s power comes in the form of its ludicrous talent “Lights Out”. Upon destroying an enemy via their weak point, all skill cooldowns for you and nearby group members are reset. I am not joking, that is seriously good and Tenebrae’s spot on this list is clearly justified! 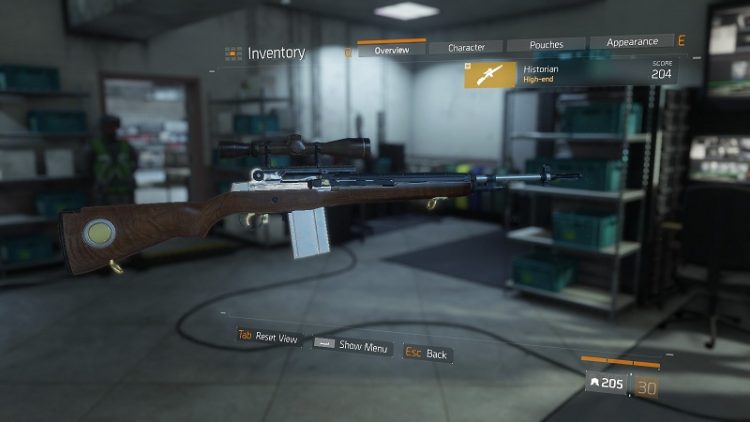 You could easily put Tenebrae at the number 1 spot on this list, I chose Historian due to its superior aesthetics and slightly superior unique talent.  Technically it’s just a distant cousin of the M1A and the combat stats reflect this. I believe no other marksman rifle can match the damage output of Historian though. Each shot will explode to deal 700% of the player’s firearm total as bonus damage!