The mace, a powerful and deadly weapon. While it hits like a truck, it weighs as much as one and is impossible to swing quickly. Many Skyrim places dislike maces for this reason, they seem slow and encumbering, so boring. While this is indeed a viable opinion, they are a ton of fun if you can dedicate a playthrough to mastering Blunt weaponry, especially if you combine it with heavy armor. You become a slow moving, slow attacking juggernaut, capable of destroying anything you can reach. Do you long for such a playstyle? Do you want to wield a mace? Look no further, here are the top 10 best maces in Skyrim! 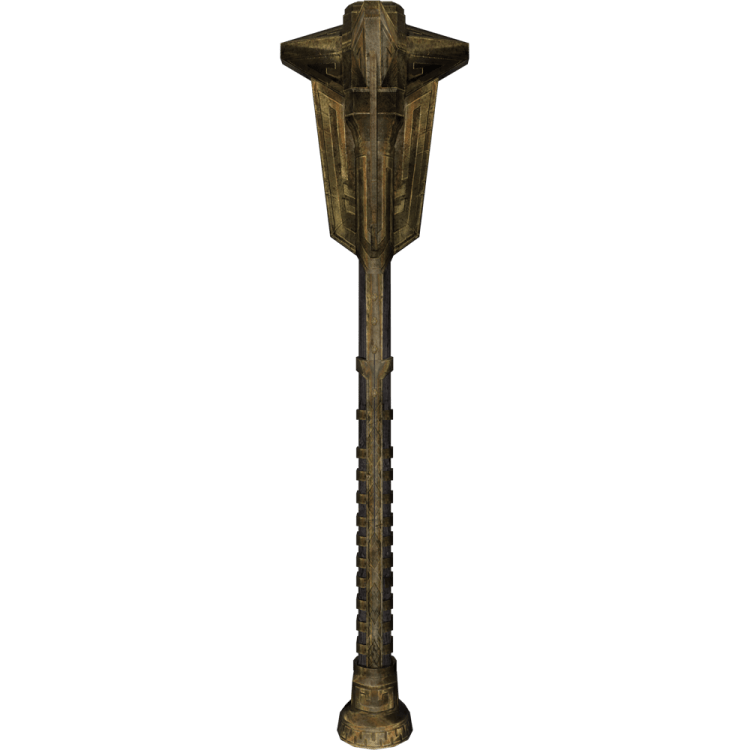 One of the first high damage maces you will obtain, the Dwarven Mace is the perfect fit for a new mace-wielding character. As you’ll see in the spoiler, it’s acquirable relatively early on, allowing you to bash enemies for good damage while you increase your blunt skill.

(Spoiler) How to obtain: This mace becomes available to find as loot, or buy from merchants, after reaching level 12. 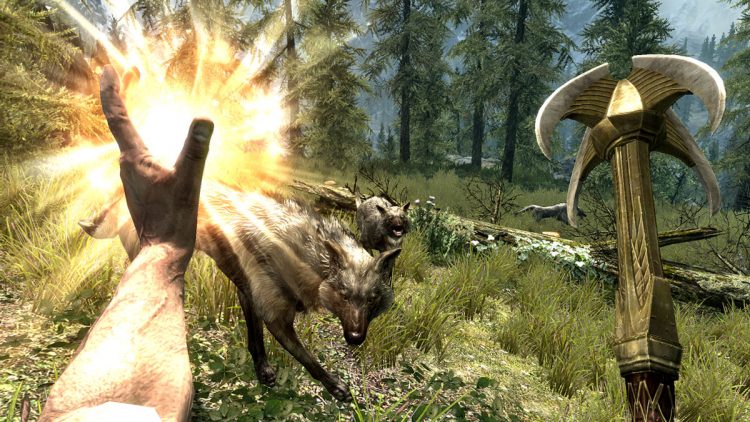 The next step-up from the dwarven mace, having a little extra damage and arguably cooler appearance. This mace will likely serve you well until you find an upgrade, but it does its job well for its availability.

(Spoiler) How to obtain: Same as the dwarven mace, except it’s up for grabs at level 17. 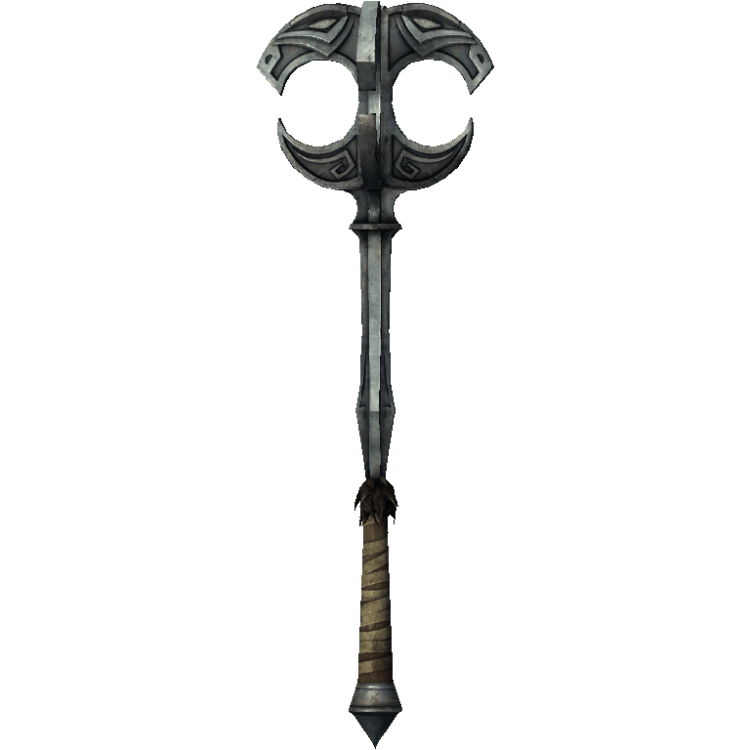 Despite it having the same base damage as the elven mace, the nordic mace comes higher in the list for one reason, its weight. You’ll have massive 1 weight extra for your inventory if you choose this over the elven mace. However, the elven mace can be obtained much earlier on and is easier to obtain overall, so the two could honestly switch places.

(Spoiler) How to obtain: This mace can be acquired by purchasing it from shops, or looting it from the corpses of enemies after level 25. 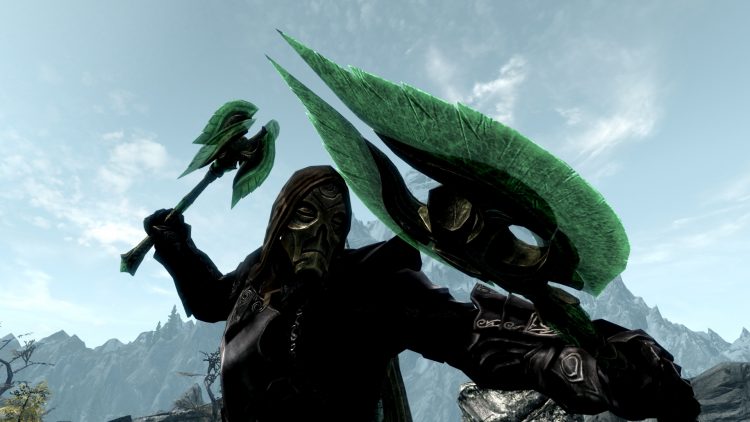 The coolest looking mace in my opinion, the glass mace is a great choice for Dragonborns who are fairly deep into their adventures. Although its made of glass, it weighs a considerable amount, so keep that in mind.

(Spoiler) How to obtain: Level 27 is required to be able to find glass items. Might be worth skipping the Nordic mace as you’ll be able to get a glass mace just a few levels later. 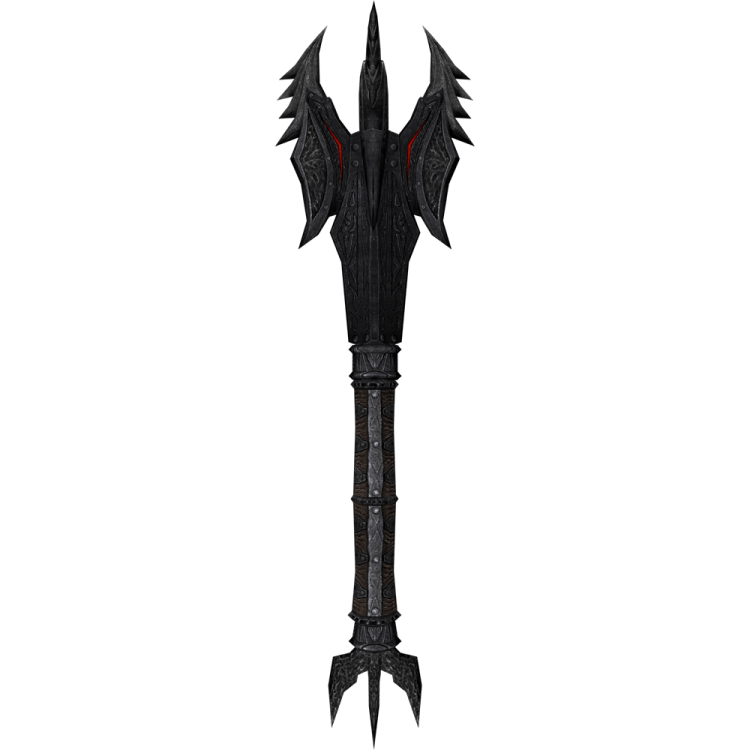 Everyone loves daedric items, the mace is no different. Sporting a truly bad-ass look, this will be the weapon of your choice if you want an intimidating and powerful aesthetic. It also has a far greater base damage than the previous entries on the list. Expect to have a massive smile on your face when you find this weapon for the first time!

(Spoiler) How to obtain: As expected of such an awesome weapon, it can only be found or purchased after level 46.

Yep, it only has 10 base damage but it has a decent enchantment. You likely won’t bother using it for its boring steel mace appearance but if you do, you’ll wield a powerful weapon. The enchantment burns enemies for 10-20 damage if the moon is out. Not the greatest enchantment in the world but, as you’ll see in the spoilers, the usefulness of obtaining this in early levels is amazing, putting it so high on the list.

(Spoiler) How to obtain: Highly recommend you get this mace as soon as you hit level 5, it’s found in the Silent Moons Camp, near the Lunar Forge. 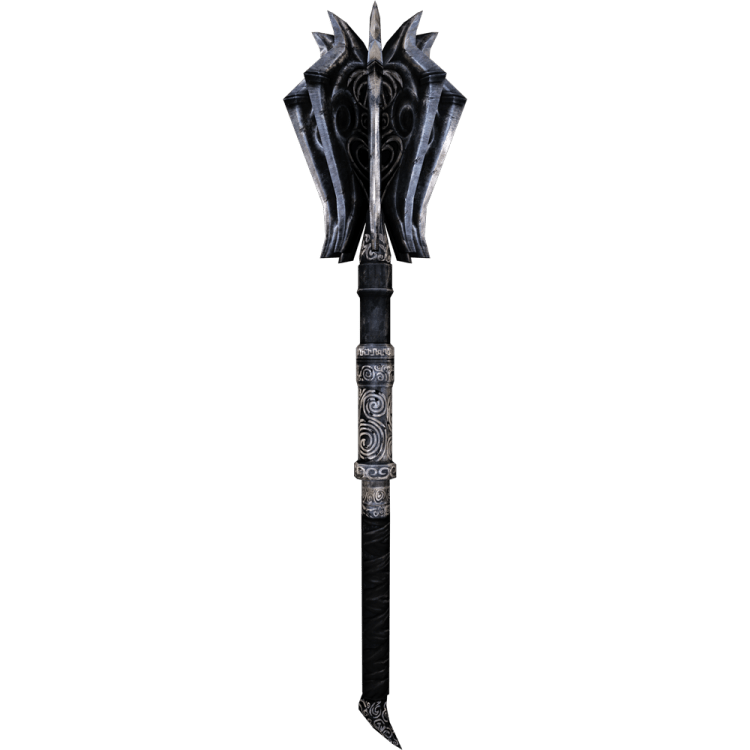 I was tempted to put daedric here for its appearance but the ebony mace is better overall in terms of stats. Sure, it has the same base damage and arguably looks a lot less cool but it has 1 less weight!

You’ll likely choose the daedric mace anyway but that 1 weight can be really helpful at times, not to mention you can receive this mace waaay before you even reach the requirements to find a daedric mace.

(Spoiler) How to obtain:  Upon reaching level 36, you’ll be able to loot this mace or buy it from vendors. 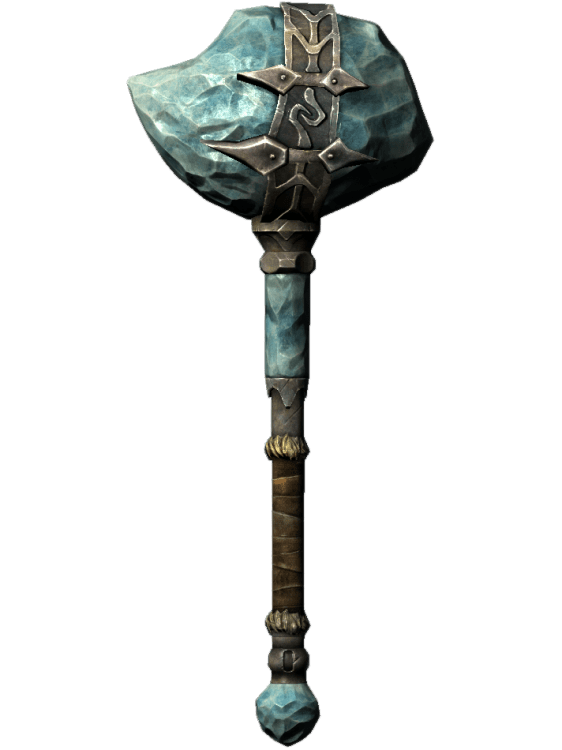 Just like the ebony mace, this weapon has the same base damage as the daedric variant but it also has less weight than both ebony & daedric. Stalhrim items have the cool effect of making any Frost enchantments just a bit more powerful, which makes for some great combos.

(Spoiler) How to obtain: Unfortunately, all Stalhrim items are only available via the Dragonborn DLC. 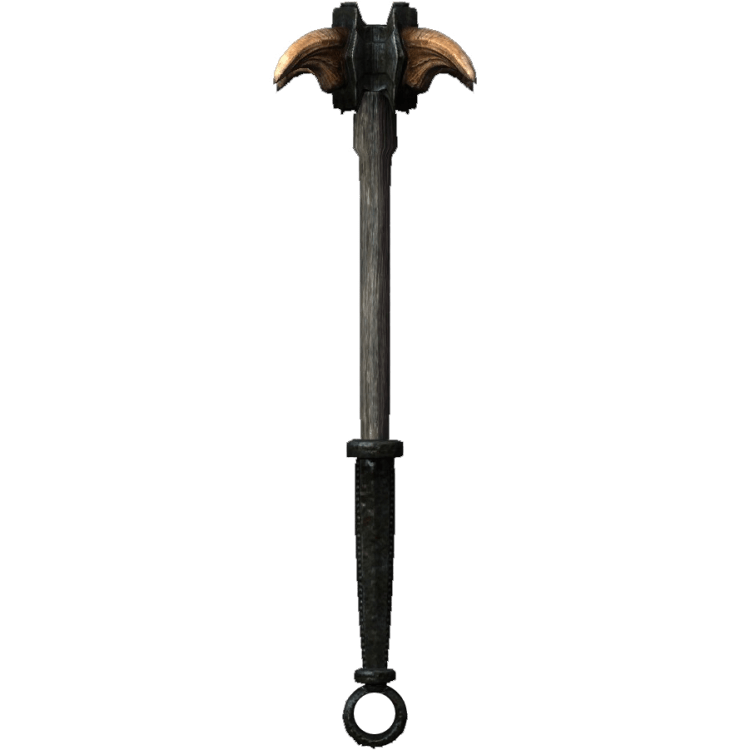 Featuring the highest base damage of any mace in the entire game is the Dragonbone Mace. Although in my opinion, it looks horrifically bad, no one will be scared when you run at them with this. Not like intimidation matters when you do so much damage anyway!

(Spoiler) How to obtain: Another DLC only item unfortunately, get it with the Dawnguard DLC. 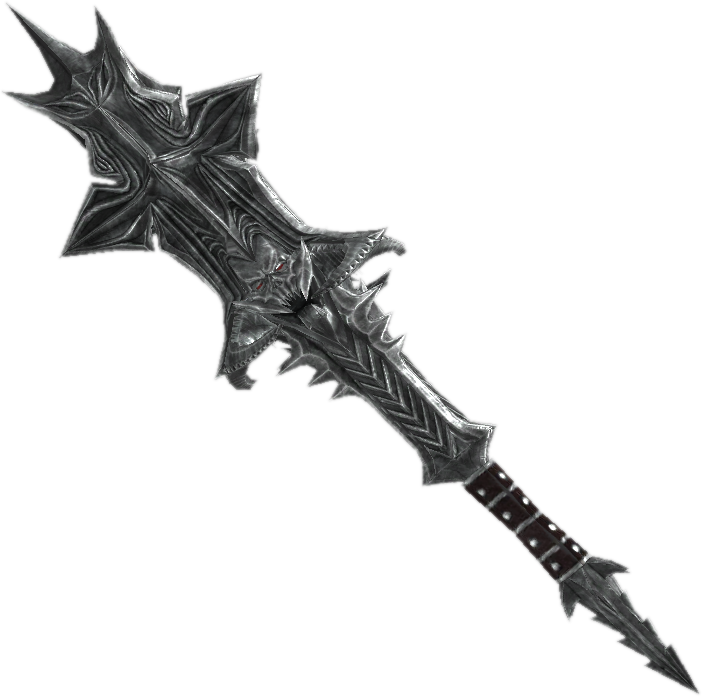 Had to be the Mace of Molag Bal, it’s just so awesome and powerful. The visuals are incredible, looking like something straight out of a horror movie, befitting of a daedric artifact. But this mace’s strengths aren’t just in its high base damage, rather its in the enchantment. It deals 25 bonus damage to Stamina & Magicka, allowing you to drain your opponents stats and reduce their effectiveness to nothing. If that doesn’t sound good enough, how about a soul trap secondary effect? Yeah, I told you it was amazing. Definitely deserved of the number 1 spot on this list!

(Spoiler) How to obtain: Enter the abandoned house in Markarth and you’ll obtain the quest House of Horrors. You’ll be given the Mace of Molag Bal upon completion of this quest.

i agree with most of the list great job but the one i dont understand is number 5 sure it has a unique enchantment but what if i told you that you can disenchant it I 100% agree on the mace of molag bal 1. you can get it at level 1 2. its the same power as daedric 3. a great enchantment, imagine if it was the same as the chaos enchantment

i was searching for something on normal google, no adverts (as you say) thing google crome put ads on????

other than that i say well done for creating an amazing website that has helped me so much : )

Thanks but sorry mate I didn't understand your first sentence? lol