Level 6 monsters provide a good balance between level 5 and level 7 monsters, as they have powerful stats with good effects with just a single tribute requirement.

I’ve looked through every single level 6 Yugioh monster in the game to decide which are the best overall. Please note this list will not include archetype specific cards, the likes of Apprentice Illusion Magician are insanely good but they’re only relevant to a single deck type.

Hopefully this list will inspire some strategies, educate you as to the best level 6 monsters and maybe even show you some cards you never knew existed! 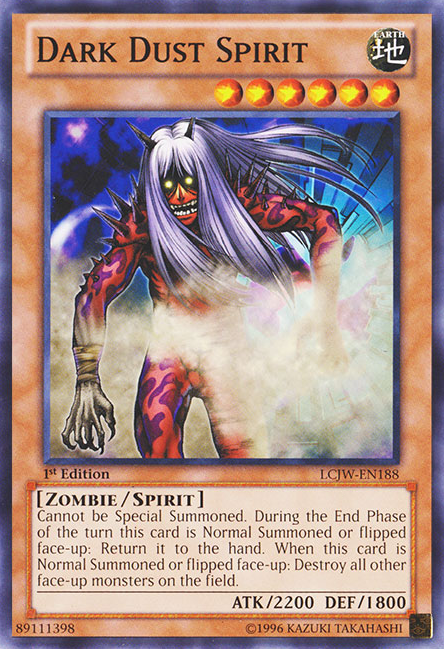 This card can be absolutely devastating in the right situations, particularly so when combined with the ever-reliable Treeborn Frog. You can easily nuke the field and then do the same next turn as Dark Dust Spirit returns to the hand. A low ATK stat justifies such power though, reducing its effectiveness and giving it a low ranking on the list. 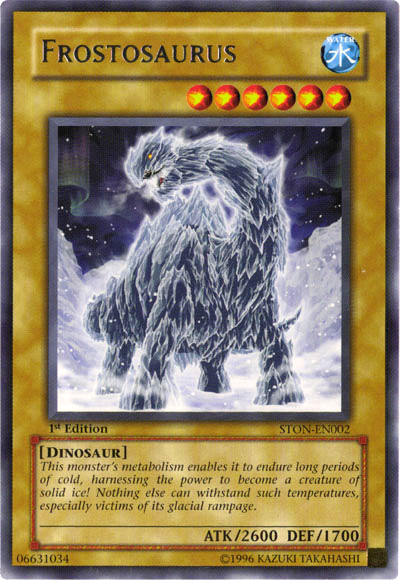 It’s nice to know the highest ATK non-Extra-Deck level 6 monster and Frostosaurus is joint first in this regard. The other monster with 2600 ATK are Trance the Magic Swordsman. 3 other 2600 ATK level 6 monsters exist but they’re specific only to certain attributes or archetypes.  Frostosaurus boasts considerably more DEF than Trance the Magic Swordsman, giving it an edge on this list. 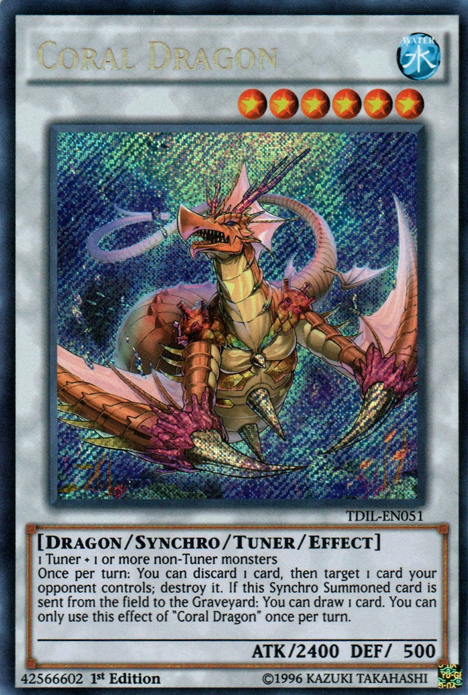 Only having being released once, Coral Dragon is as rare as it is powerful. Not only is this monster easy to summon with no difficult requirements, it has some crazy effects such as destroying any card your opponent controls and allowing you to draw a card when it’s sent to the graveyard. If that wasn’t enough, Coral Dragon is also a Tuner monster. No wonder it’s so coveted! 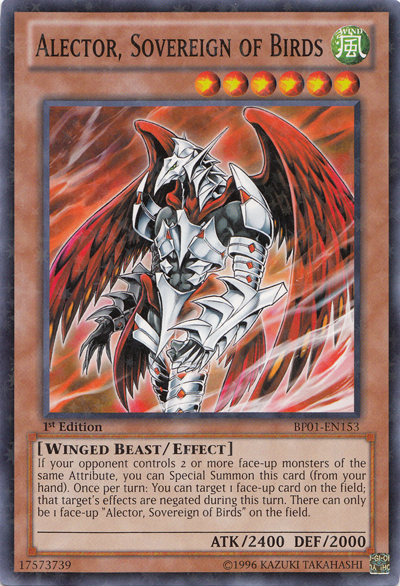 While Alector, Sovereign of Birds is certainly situational to special summon using its effect, it’s well worth it when it hits the field. Monster effects are by far the main tool in every player’s kit, relying on them is something we all must do. So if you can negate a monster’s effect, even for one turn, you have a huge advantage. Alector, Sovereign of Birds shines in such situations, offering a counter to pesky monster effects. 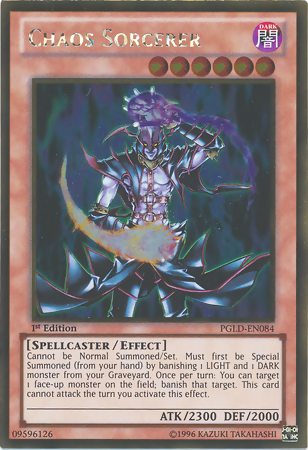 Previously forbidden many years ago, Chaos Sorceror is back and here to stay. It’s certainly been power-creeped over the years but this monster is still potent, being able to banish any face-up monster on the field at the cost of not attacking in the same turn. For a card like this to be so powerful, surely it’d have more difficult summoning conditions but nope, it’s ridiculously easy to get onto the field! 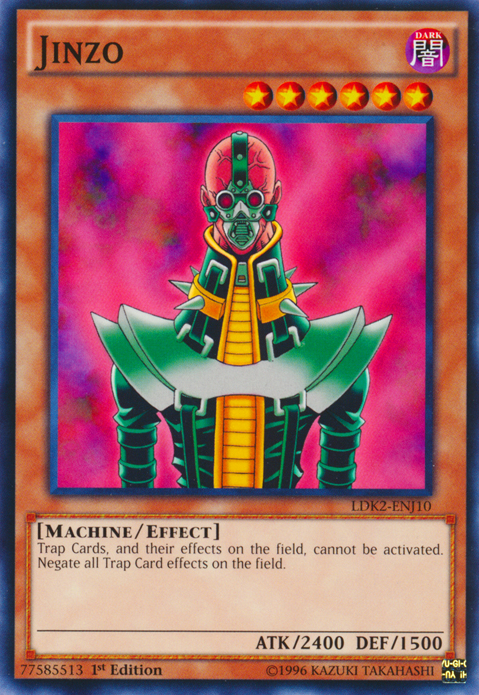 Another monster to be banned for a long time, Jinzo came back a few years ago and is still up to his old antics. Shutting down trap cards is game-winning at times, Jinzo provides this for just 1 monster sacrifice. He has to be one of the coolest cards ever created, almost every player recognises his name and appearance. 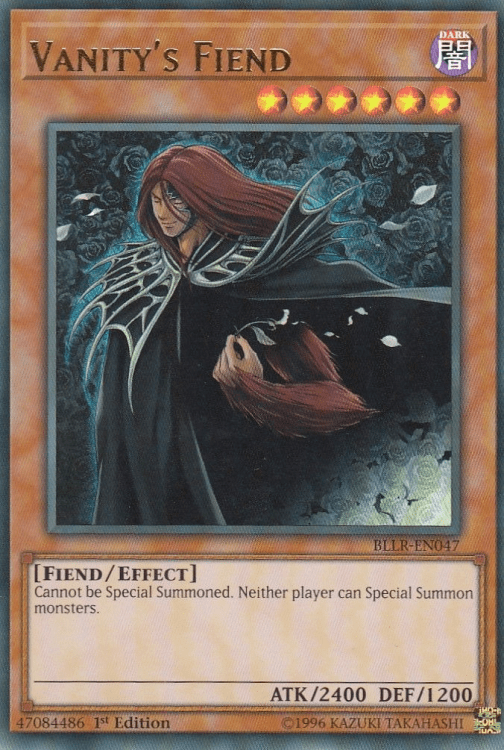 Slotting perfectly into a Monarch deck,Vanity’s Fiend is an extremely powerful anti-meta deck. You summon this monster first turn, you pretty much win. Simple, it’s quite unbelievable how strong it is, preventing special summons shuts down 99% of decks in the entire game. Thankfully it cannot be special summoned or it’d easily be one of the most over-powered cards in the game! 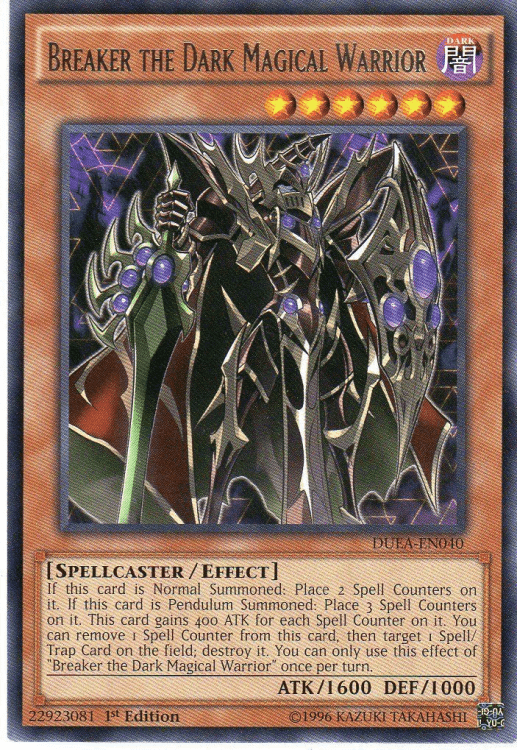 Weirdly enough, this card has been in circulation since the release of Duelist Alliance in 2014. It might just be me being a hermit but I never even knew it existed until I researched entries for this list!

What an entry it is, Breaker the Magical Warrior was an awesome card in its own right but this version is far better. Working most effectively in a deck containing Pendulum monsters, you can either battle with a maximum attack of 3000 (for a level 6 monster!) or remove the counters to destroy spells/traps. 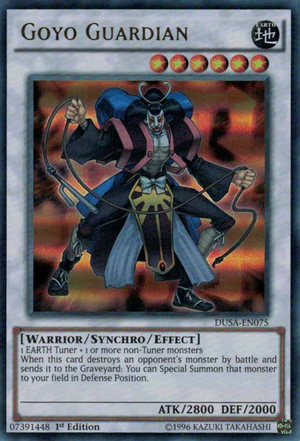 Hard to believe Goyo Guardian is only level 6, it was absolutely broken before it’s errata, which changed it’s requirement from any tuner to an Earth attribute tuner. Unfortunately it hasn’t seen much competetive play since the errata but Goyo Guardian is still a great option that any player should have at their disposal!

2800 ATK is simply crazy for a monster lower than level 7, combine it with this card’s effect for maximum power.

1. Brionac, Dragon of the Ice Barrier 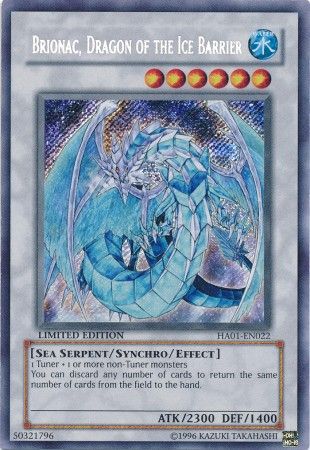 Returning cards to the hand is a great way of avoiding potential “if this card is destroyed” or “if this card is sent to the graveyard” effects of your opponent’s monsters. It gets even better when this card doesn’t target, completely bypassing those damn boss monsters that are unaffected by targeting effects. For a level 6 monster, Brionac is so easy to summon with an effect that can rid your opponent of their best boss monsters!