Level 5 monsters are a weird bunch, they tend to have fairly low ATK/DEF stats and half-decent effects. Being the level between 4 and 6 puts them in a precarious position. They have to be stronger than level 4 monsters, yet not strong enough to overpower level 6 monsters. As a result, flexibility makes a level 5 monster effective, rather than straight up power. Having said that, there are a few that are as strong as most level 6 monsters you can find. It’s about recognising what you need but if you desperately need a level 5 monster, this list will help you immensely! 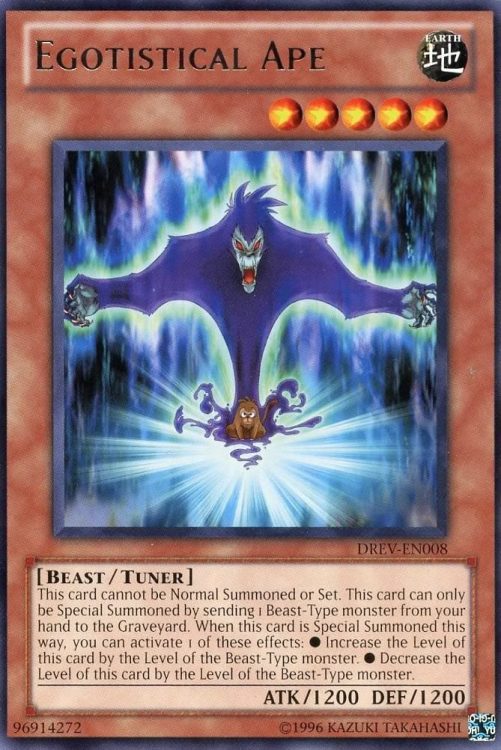 Upon first reading its effect, you’d see Egotistical Ape as a fairly useless monster that can only be competent in a deck containing Beast type monsters. You’re half right, a Beast type monster is required to summon it. However, it’s a level 5 tuner with a great effect, giving you a ton of flexibility when it comes to choosing its level. If Egotistical Ape could work with any type, it’d certainly be much higher on the list. 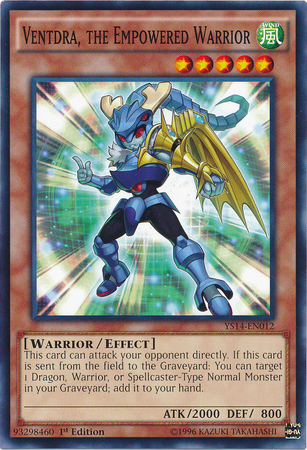 Personally, warriors are my favorite type, check out my warrior deck list if you fancy it!

It’s about time warriors got a more fun archetype, Noble Knights are good and all but they’re a bit boring. Ventrdra, the Empowered Warrior is exactly what a warrior should be. While it doesn’t have the greatest ATK/DEF stats, the ability to attack directly is insane when coupled with a few equip cards. Even if it gets destroyed, it gives you a normal monster back. Just being able to attack directly is enough to give it a spot on this list though! 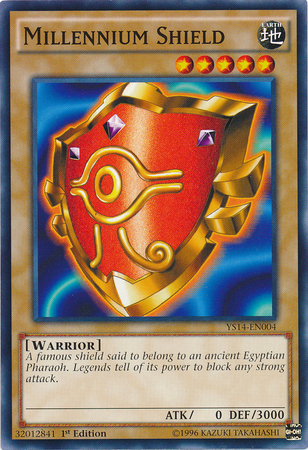 You’d be surprised how effective this card is as a defensive wall. Just a single tribute is required to summon Millenium Shield, no one will ever expect it and they’ll attack it while face-down. Such a classic card should always be considered as a defensive stalwart. Lack of any ATK points give it a huge weakness though, if it gets changed to attack mode then it’ll be critically vulnerable. Overall it is a great card but only in specific situations! 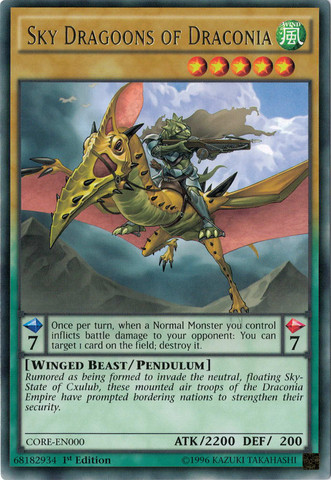 I mentioned how much I love the warrior type, normal monsters are right behind them. The simplicity behind them is offset by a higher than usual ATK and/or DEF stat. Sky Dragoons of Draconia isn’t exceptional in this regard but it does have a high pendulum scale, as well as a cool pendulum ability. Trust me, cards like this are really enjoyable to use and satisfying to win with! 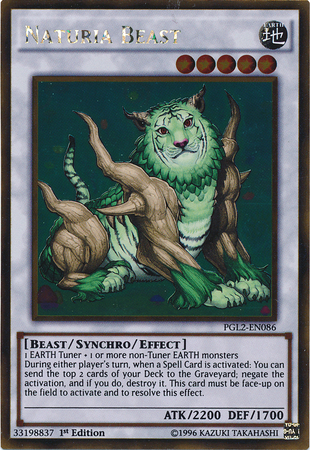 The effect isn’t even once per turn, that’s crazy!

Only Earth monsters can be used to summon Naturia Beast, severely limiting the variety of decks it can be placed into. With its bonkers effect though, it absolutely had to make the list. This level 5 monster is capable of completely shutting down your opponent’s plays, negating any spell card and sending them to the graveyard. 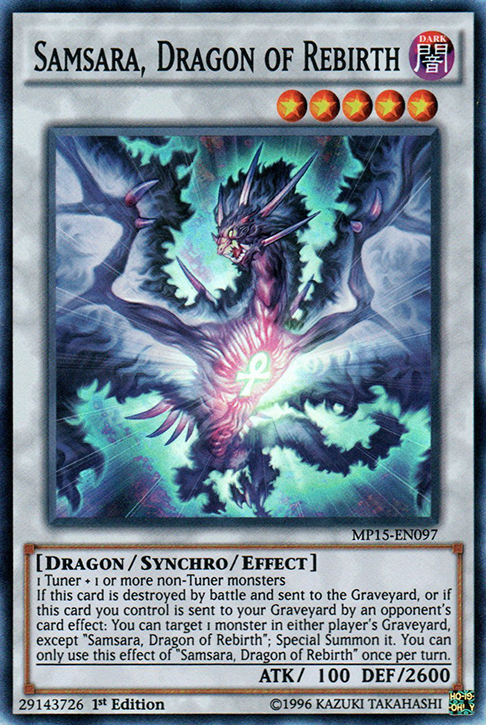 Arguably the best level 5 synchro monster in the game, Samsara the Dragon of Rebirth makes up for its lack of ATK with high DEF and an awesome effect. Effectively a Monster Reborn when its sent to the graveyard, we all know how good that card is. With no type or attribute requirements in its summoning conditions, feel free to obtain a few to spread between decks. 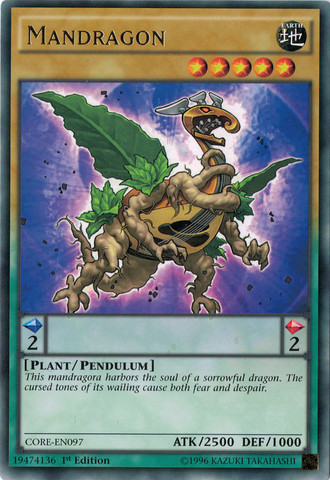 The highest ATK any level 5 monster can reach is 2500, understandably. Of all the choices I had available, I chose Mandragon as it doesn’t just have a high ATK stat. With a pendulum scale of 2, it can fit into a number of pendulum decks as it has no real downsides. The typing is a bit weird and lets be honest, Mandragon is clearly one of the most bizarre looking monsters in the entire game. 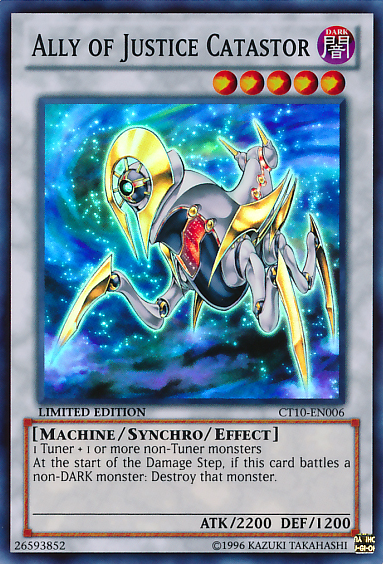 Ally of Justice Catastor will work exceedingly well against any deck that doesn’t contain Dark attribute monsters. In fact, this monster is quite absurd when you realise how easy it is to summon. You’ll most likely be aware of your opponent’s deck before you sort out your extra deck, allowing you to slide this card in if you know it can be used. 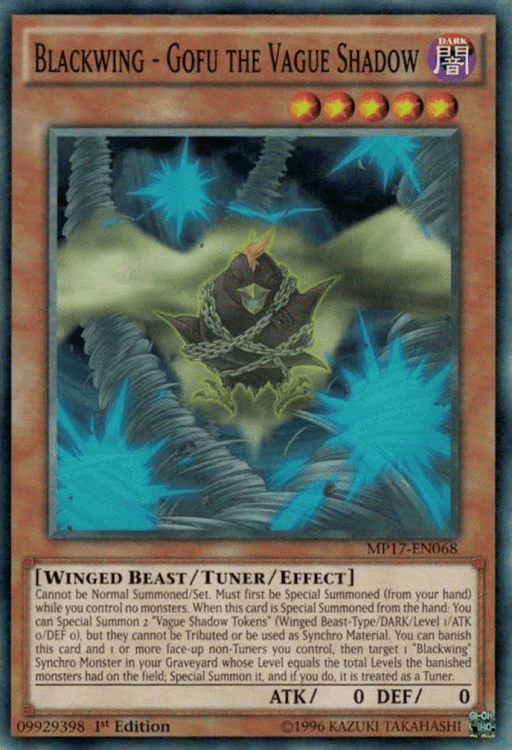 Took me a while to get my head around this card but once it clicked, I noticed just how useful it really is. Most successful in a Blackwing deck, Gofu the Vague Shadow can be extended into any deck really. As its a level 5 tuner that can be easily special summoned, as well as giving you 2 tokens (to defend from attacks if you have no Blackwing monsters in your extra deck), there’s plenty of decks that can make use of this card. 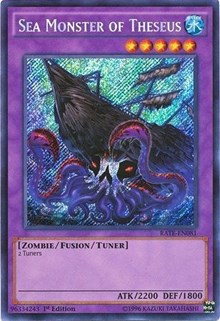 Had to be Sea Monster of Theseus in the number 1 spot, the card a lot of players thought would break the game upon release. The combos this card can achieve is insane, with the likes of Future Fusion and Instant Fusion being so effective. An easily-accessible, level 5 tuner monster will always be extremely good. So much so that it’s the best level 5 monster in all of Yugioh, by some distance!

This list is utter garbage. You obviously dont know how to play this game