Believe it or not, only 13 level 11 monsters in exist in Yugioh. That’s right, who would have guessed? Making a top 10 list for such a topic is really easy, as only a handful of cards can miss out on an entry. I wonder why so few level 11 monsters are in the game, high levels are a signal that a monster is powerful, there’s plenty of synchro monsters that could have been level 11. Regardless, it is quite interesting to take a look at the current level 11 monsters, especially the best ones! 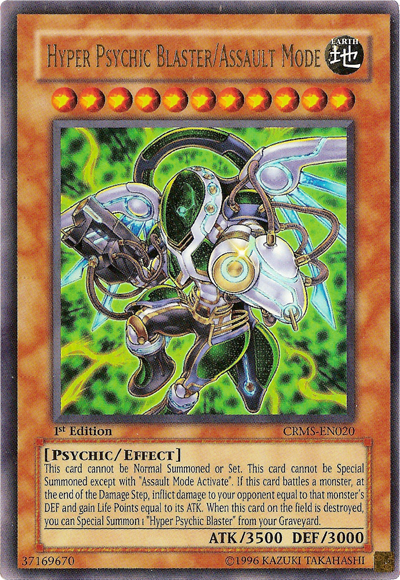 As you can tell, there aren’t many choices for making a list of the best level 11 monsters. So much so that an “/Assault Mode” monster makes the list. While this card isn’t exactly bad, the entire “/Assault Mode” archetype are too unreliable to make use of. If you do manage to summon this card, it’ll serve you well as it demolishes your opponent’s monsters, dealing damage to them and healing you! 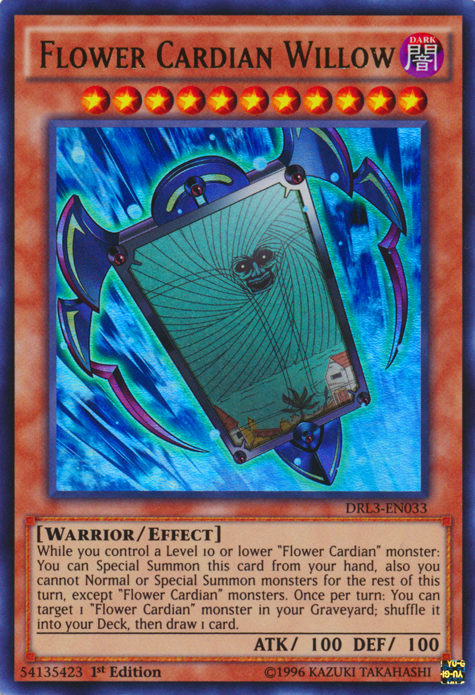 Almost every duelist I meet have expressed their willingness to give Flower Cardians a go, although no one actually bothers spending the money to get a deck based around them. Flower Cardian Willow is one of the better versions, allowing you to recycle a card in your graveyard in return for drawing a card. Usually I’d leave this out as it obviously only functions in a Flower Cardian deck but as discussed before, I don’t have much of a choice! 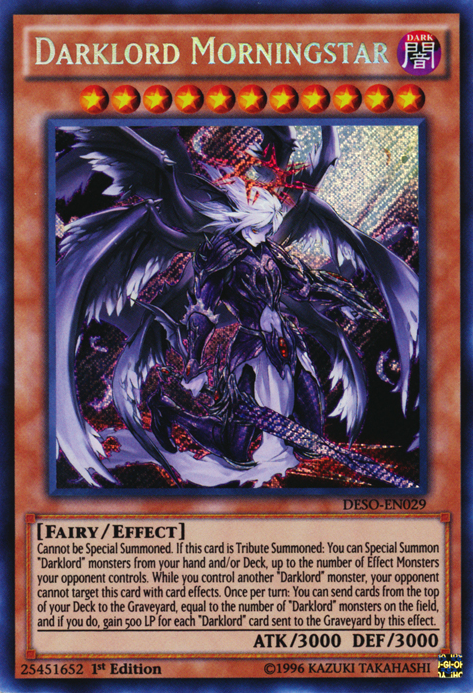 Darklord Morningstar looks incredible, it’s seriously one of the most awesome looking fairy type monsters in Yugioh. Requiring 2 tributes to get onto the field, this card will wreak havoc as it special summons other Darklord cards and cannot be targeted by card effects. With 3000 ATK, the ability to mill and gain LP, this boss monster will serve you well on the battlefield. 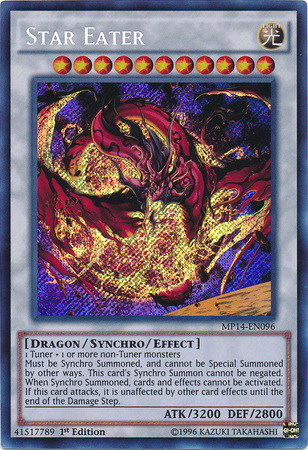 Pretty much a big middle-finger to your opponent, Star Eater can contribute significantly to your victory aspirations. Capable of taking down countless monsters, this level 11 monster is the only synchro type monster on the list, yet one of the best in the game. It’s definitely worth obtaining a Star Eater if you can, having the option of a level 11 synchro monster with feasible requirements can be invaluable at times. 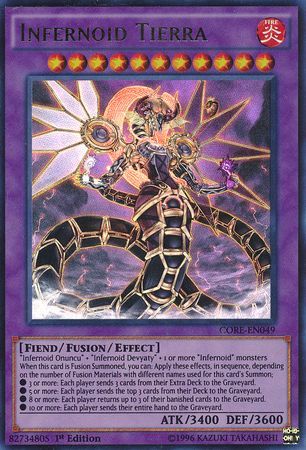 Another amazingly aesthetic level 11 monster, this one in particular is outrageously powerful in the right situations. Infernoids are well known throughout the Yugioh community and the Tierra version is even more so. High ATK/DEF stats make this card a nightmare to defeat in battle and its effects can be ludicrous too, albeit situational in terms of their effectiveness. Overall, this entry is well deserved. 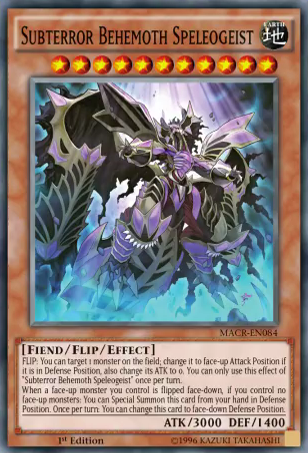 My friend is making a deck based around the Subterror cards and let me tell you, I am not looking forward to it. They do bring some epic art to the table, such graphics are pivotal to the game’s enjoyment in my humble opinion. Of all the Subterror cards, this entry is one of the best, with 3000 ATK and the ability to force a fight. Most decks will have to go defensive when this card is on the field, allowing you to use Speleogeist’s effect and attack for high life point damage! 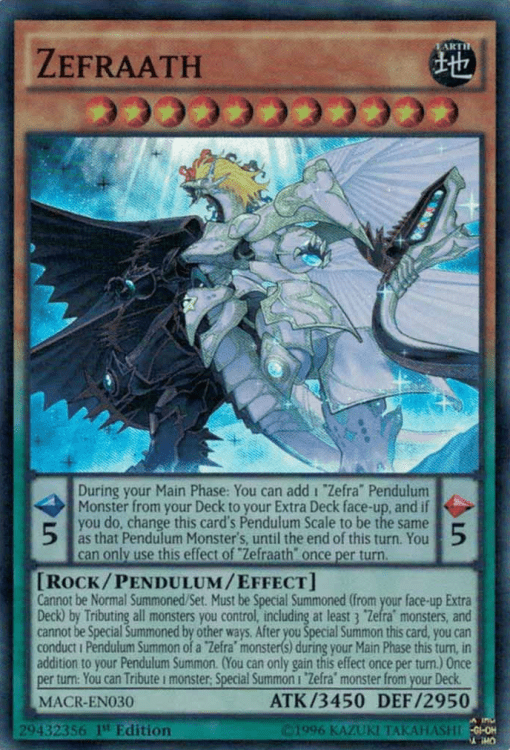 The pinnacle of all Zefra monsters, with strong searching effects to help swarm the field, even after you’ve just tributed 3 monsters to summon it. Zefraath is an awesome boss monster indeed, with an appearance similar to Light and Darkness Dragon and plenty of effects to help secure your victory. Despite it being so strong, it is only viable in a Zefra deck which is a shame, Konami should release some boss monsters like this which are more flexible! 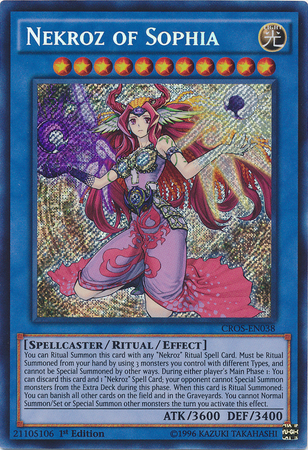 You’ll notice a trend among the last 3 cards, I don’t want to spoil anything but Nekroz of Sophia is similar to the last 2, with differences to make it not as good. Even then, this level 11 monster is powerful beyond belief, capable of turning the tide of a duel single handedly. Upon summoning this card, you’ll clear the fields and graveyards of both players. Sophia will then attack for direct damage and there’s not much your opponent can do to get rid of it! 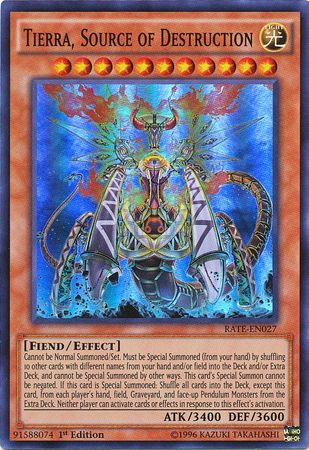 Tierra could easily make a case for being a level 12 monster, it’s so good that it surely has to be considered among the most elite of monsters. While it does have fairly lucrative summoning conditions, when it hits the field it’ll almost always guarantee a victory. It’ll get rid of absolutely everything from both players’ hands, fields, graveyards and extra decks. Then it can attack, your opponent will have to invoke the heart of the cards if they want to survive… 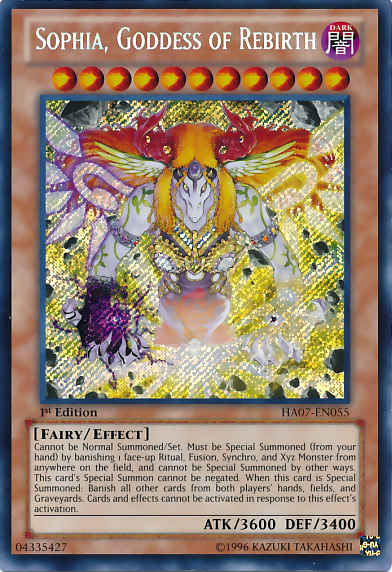 Pretty much an exact copy of the previous entry, with more difficult summoning conditions and arguably a better effect. It also has reversed ATK/DEF stats, allowing you to hit your opponent for more damage, albeit a small bonus. Sophia doesn’t seem to affect cards in the extra deck which is a small niggle but it does banish all other cards, rather than return them to the deck. Overall it’s one of the hardest monsters to summon but one of the best in the game!