One of the most popular character builds in Skyrim is the heavy armor, one-handed weapon & shield set-up. This allows the Dragonborn to deal respectable damage while being a juggernaut, difficult to take down but inferior at range. This play-style is fun but to be effective, you need a good set of armor. Damage reduction is of the highest importance, keep your armor up to date and you’ll have no problems on your adventures. To help you keep track of your helmet upgrades, here’s a list of the top 10 best heavy armor helmets in Skyrim! 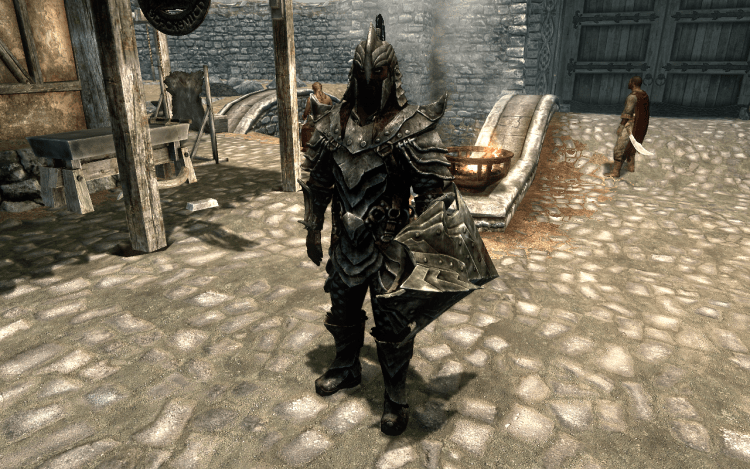 Coming in first is the Orcish Helmet, a capable piece of heavy armor that will serve you well during the early stages of your Dragonborn career. It’s the only helmet in Skyrim that has hair attached to it, making it unique and aesthetically cool.

(Spoiler) How to obtain: Can be found as loot or purchased from merchants after reaching level 25. 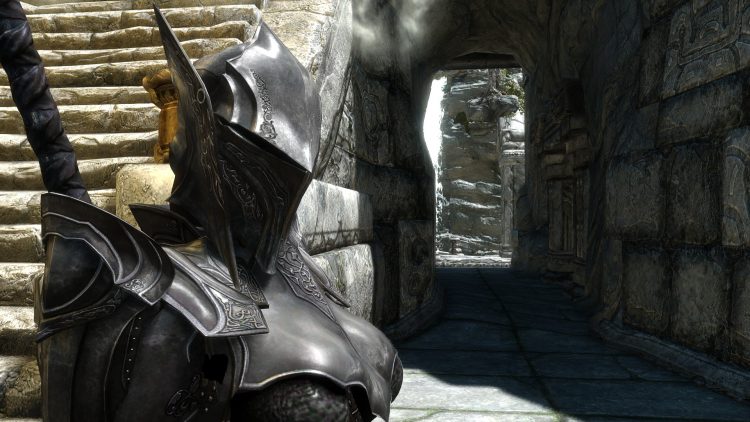 The Ebony helmet looks incredible, it’s one of the best looking helmets in the entire game, in my worthless opinion anyway. It should be acquired and used immediately after it’s been unlocked, there it will provide you with strong armor so you can tank enemies and look good while doing so.

(Spoiler) How to obtain: Can be found as loot or bought from shops after reaching level 32. 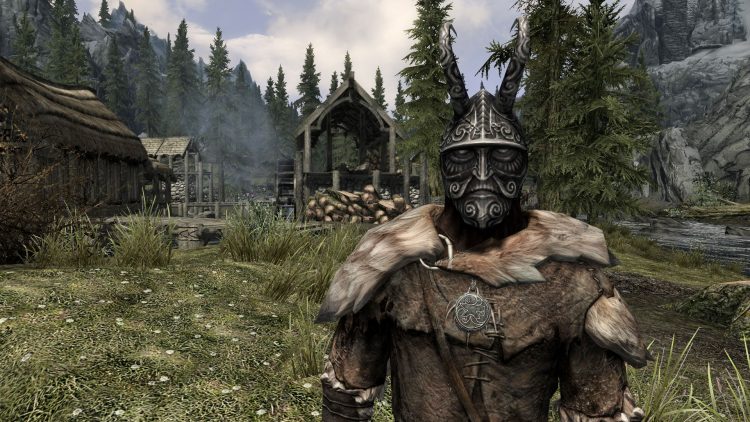 While it has a good base armor stat and low weight, the Masque of Clavicus Vile isn’t a helmet you’ll use for a long time. You will likely use it most when shopping, as it provides an increase of 10 to Speech and prices are 20% better when you have this helmet equipped. Its also a unique helmet, nothing else in the game comes close to the appearance this armor provides.

(Spoiler) How to obtain: Complete the A Daedra’s Best Friend quest by returning the Rueful Axe. 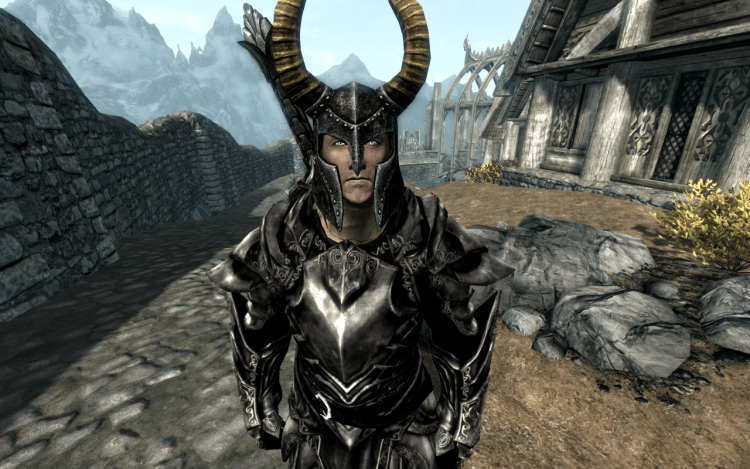 Featuring a truly unique enchantment and appearance, the Helm of Yngol is well worth picking up on your adventures. It increases your frost resistance by 30%, which isn’t really that effective, save for specific situations. Due to this, it doesn’t get too far up the list. It does look epic though, so it had to make the list, even though its base armor stats aren’t the best.

(Spoiler) How to obtain: Found on Yngol’s remains in Yngol Barrow. 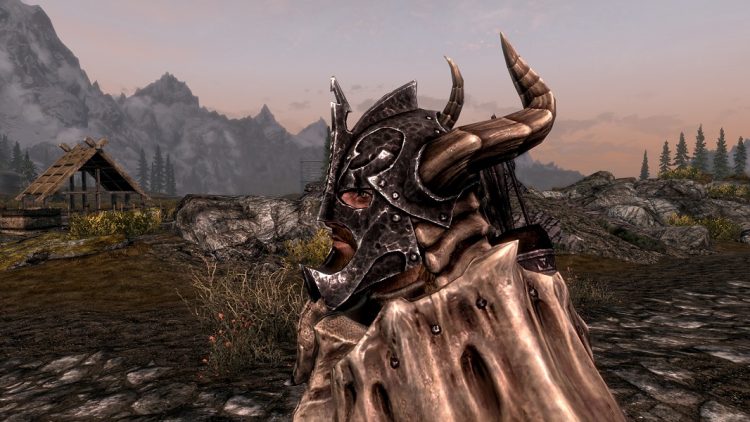 One of the most late-game helmets in Skyrim, the Dragonplate Helmet is really intimidating and looks awesome. It has the 3rd highest base armor out of any helmet in the game, although by the time you are able to acquire this item, you’ll likely have found the others on the list.

(Spoiler) How to obtain: Available as loot or from merchants after reaching level 40.

Although it weighs a ton, the Daedric Helmet is the best non-unique helmet in Skyrim. It’s widely agreed this helmet is the best looking in the entire game too, as it provides a dark edgy appearance for us to enjoy. It’s completely late-game though, so don’t expect to acquire one for some time.

(Spoiler) How to obtain: You can get your hands on this helmet after reaching level 48. 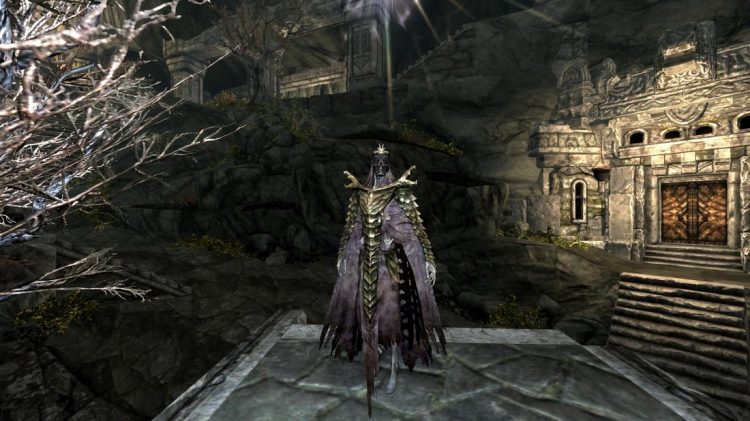 Yep, this mask is classed as heavy armor. The amazing thing about this mask is the fact that it can be upgraded with Iron Ingots, which is a huge advantage over the previous entries. It also provides complete immunity to diseases and poison which aren’t really that much of a threat but it’s nice to be unaffected.

(Spoiler) How to obtain: Destroy Hevnoraak in Valthume during the Evil in Waiting quest. 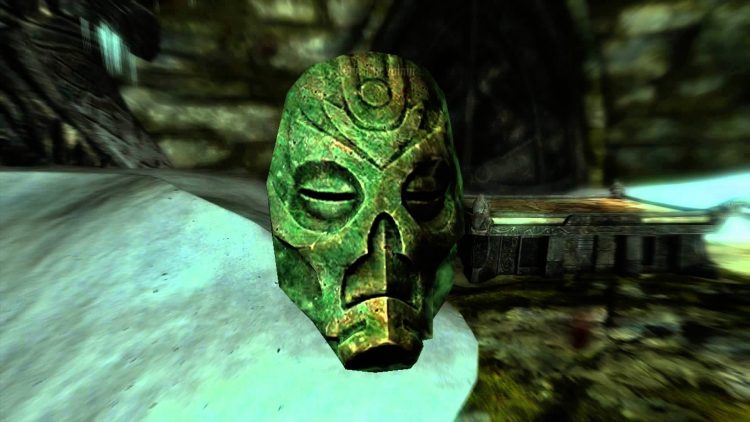 If you’re wearing heavy armor, chances are you have a warrior playstyle, you’re slow to move and attack but you deal and take a lot of damage. Rahgot helps immensely in this regard, providing a bonus of 70 stamina to your character. It requires orichalcum ingots to upgrade which are easy to obtain.

(Spoiler) How to obtain: Kill Rahgot in Forelhost during the Siege on the Dragon Cult quest. 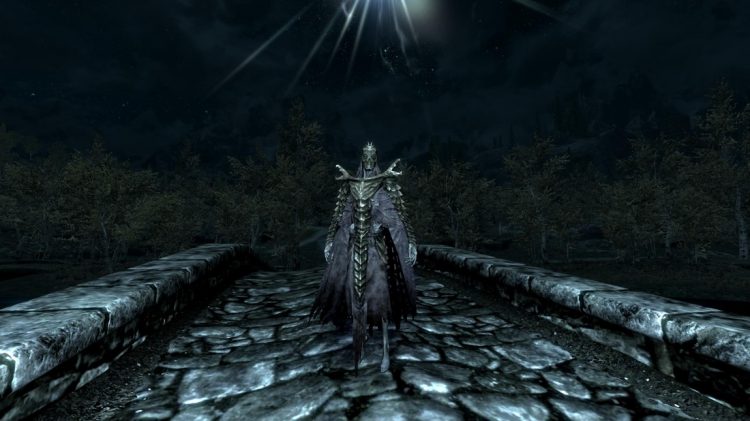 This mask is particularly powerful, granting 30% bonus resistances to frost, fire and shock. This’ll make you pretty much invulnerable, as the only real threat to heavy armor wearers are mages. It can be upgraded with refined malachite, so you’ll have no problem being unkillable for a long time.

(Spoiler) How to obtain: Go to the Ragnvald Temple and kill Otar the Mad. 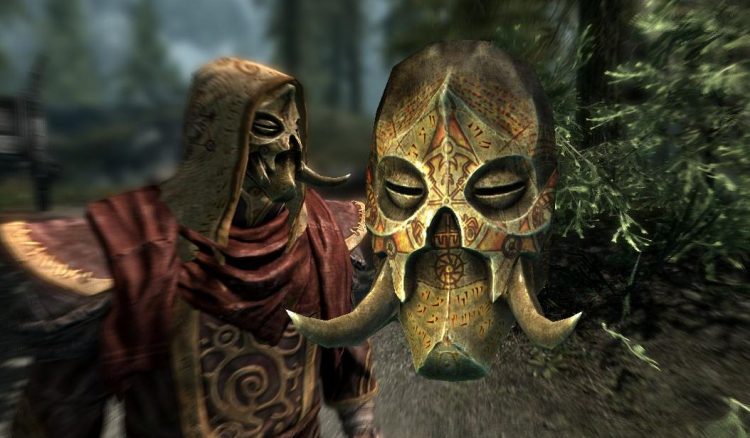 I’ll first point out its enchantment, as its not the best ever seen, although it’s unique. Whenever your health becomes considerably low, this mask will heal the player and damage any nearby enemies. This seems good and it can be useful in certain situations but I doubt you’ll ever get to low hp while this is equipped. It provides more armor than any helmet in the entirety of Skyrim and can be upgraded with gold ingots.

Konahrik is really, really difficult to obtain but that’s fair to be honest. Once you have this, the rest of your play-through will be a breeze.

(Spoiler) How to obtain: You need every other Dragon Priest mask in the game, then you can enter Bromjunaar Sanctuary, found in Labyrinthian. Find a wooden mask, there you’ll be teleported to a sanctuary, place all the dragon priest masks on the shrine and Konahrik will emerge!

It provides no offensive stats though whereas the Daedric Helmet can be enchanted :)