Strong against Bug, Steel, Grass and Ice types, the Fire type has some great match-ups. It’s quite common to encounter entire teams of Pokémon with one of those types (either primary or secondary) so having a hard-hitting Fire type in your team is mandatory.

Watch out though, Fire is weak to Ground, Rock and Water. Many Fire types have a secondary typing too, so it’s important to weight the benefits with the negatives. Fortunately, I’ve done all that for you!

I’ll be detailing the 10 best Fire type Pokémon in Let’s Go Pikachu/Eevee. This list will contain everything to get you going, including recommended move-sets! 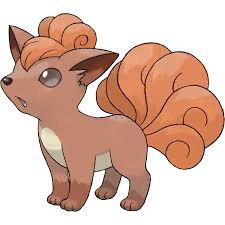 A fan favourite, Vulpix is well loved by the Pokémon community for its cuteness and power. Focusing more on Sp. Attack, Sp. Defense and Speed, a Vulpix will serve you well during the early stages of your journey. Unfortunately, this one isn’t available in Let’s Go Pikachu as it’s an Eevee exclusive. So you’ll have to get one in a trade if you want one. 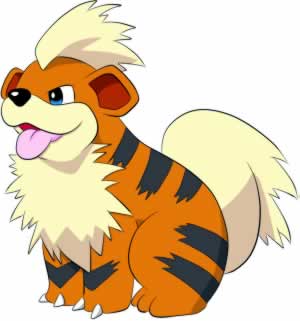 Growlithe’s stats are a good mixture overall, with an emphasis on choice. You can make it an off-tank, physical damage dealer or special attacker.

The recommended move-set for special moves looks pretty bad but you can evolve Growlithe using a Fire Stone – its next evolution can learn a lot better special moves.

Like Vulpix, Growlithe is unique to a its own Let’s Go game version. However, it has higher stats overall so you get more power for your effort! 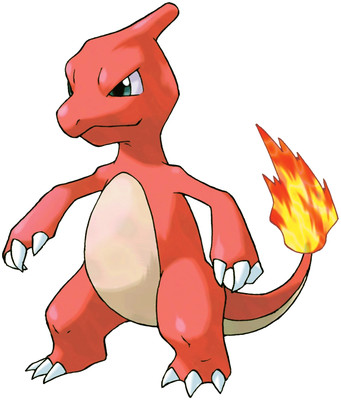 Evolved from Charmander, which is easily obtained at Route 24 if you’ve reached the required amount of Pokédex entries. If you’re just looking to get a great Pokémon to do the story-line, acquiring a Charmeleon this way is recommended as it always has good stats.

You’ll be future-proofed with this Pokémon too as it evolves into something pretty awesome. 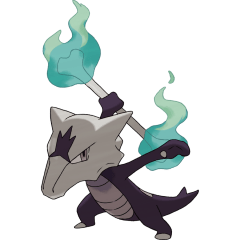 The first Fire type Pokémon on this list to have a secondary type, Alolan Marowak is a Fire/Ghost type.This provides immunities to Normal and Fighting moves, while granting weaknesses to Ghost and Dark type moves.

What kinda sucks is its low base stats in comparison to other Fire type Pokémon, as well as its move pool. Despite being a Ghost type, it can’t learn any Ghost type moves except Shadow Ball which is a Special move. Alolan Marowak has dreadful Sp. Attack.

Appearance wise, this Pokémon is pretty cool so feel free to use it in pve, just be aware its not competitively viable in any way! 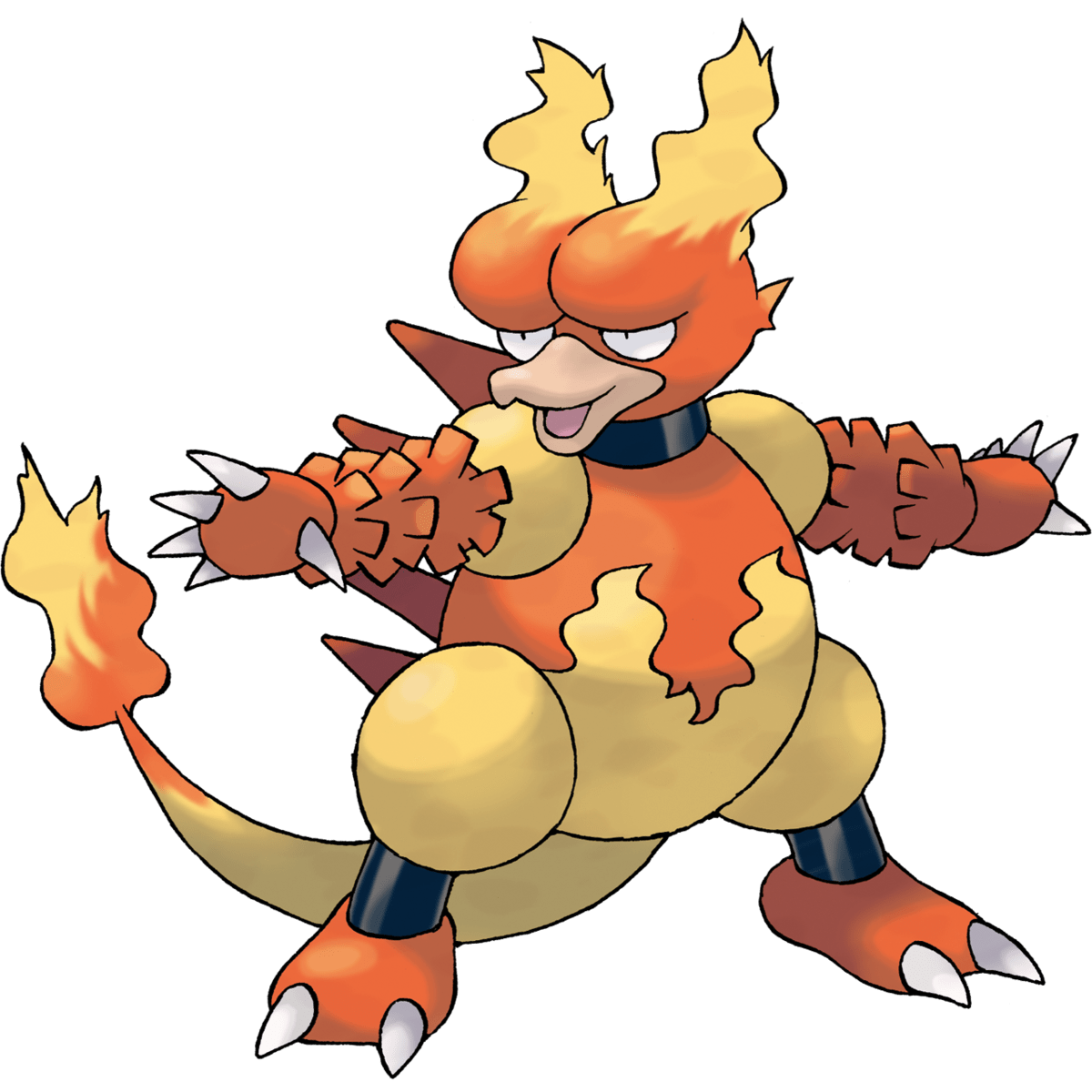 Slightly lacking in stats, Magmar is a pure Fire type Pokémon found in the Mansion on Cinnabar Island. Very versatile, you could have 2 Magmars in your party with different move-sets. Its even managed to make some competitive appearances due to the sheer amount of move-set variations.

By all means, feel free to add a Magmar to your team, it’s criminally under-rated. 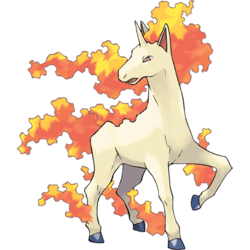 With stats focusing on Attack and Speed, Rapidash is a glass cannon which hits hard, but also can’t take many hits. That’s fine though, the varied set of moves available allow it to cover almost every type advantage in the game. I personally dislike Rapidash due to it lacking in much character (appearance wise) but I know plenty of players who swear it is their favourite Fire type! 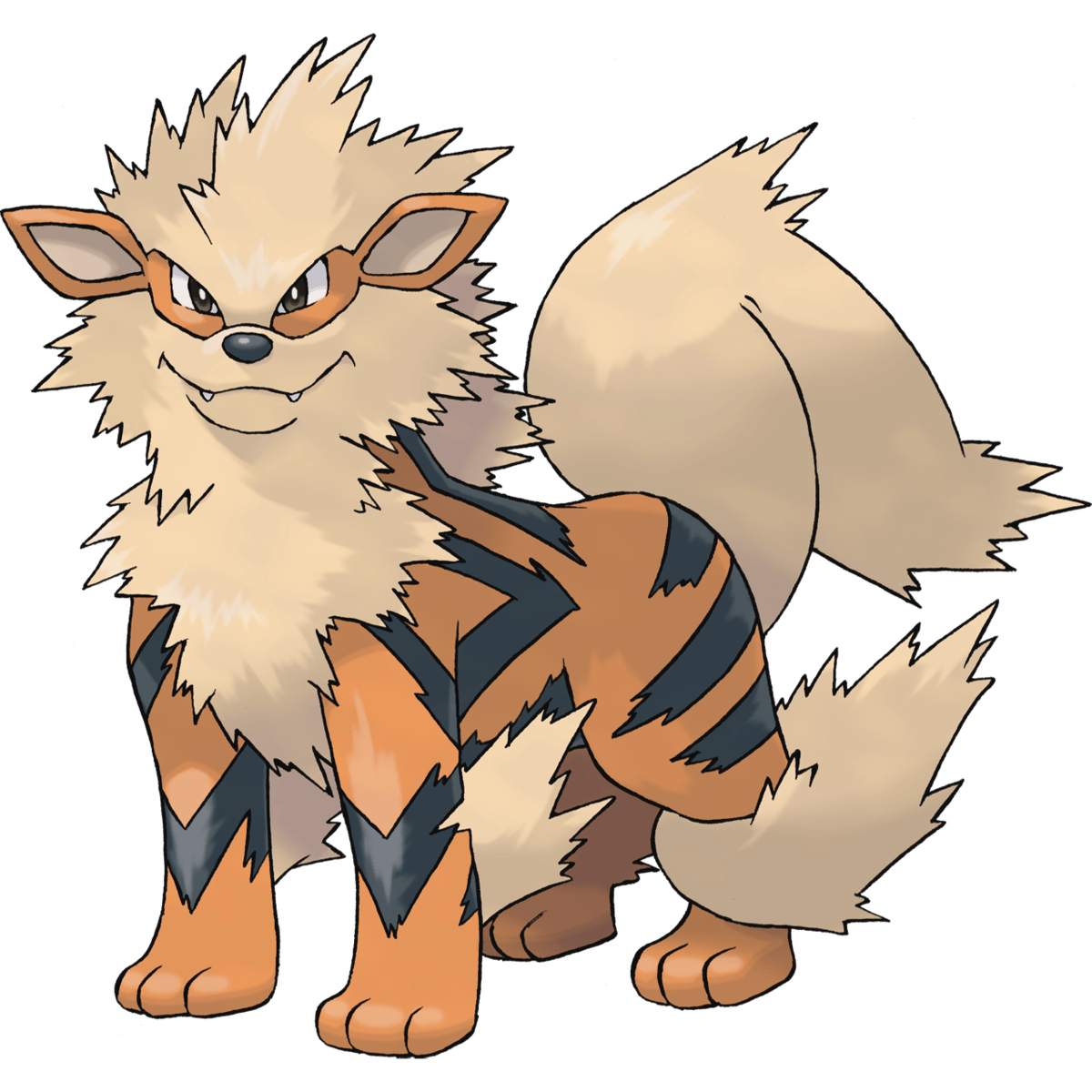 Considered a psuedo-legendary Pokémon, Arcanine has the second highest stats of any Fire type on this list. Usually that would warrant a place in the top 3 at least, but you need to look at how its stats are distributed. Attack and Sp. Attack have both been given a ton of the distribution, but you only tend to focus on one of them so that’s a lot of wasted stats.

On the other hand, you can build Arcanine physically or with special attacks, both of which provide varied move typings. It looks amazing too, although this all comes with it requiring more exp to level up. 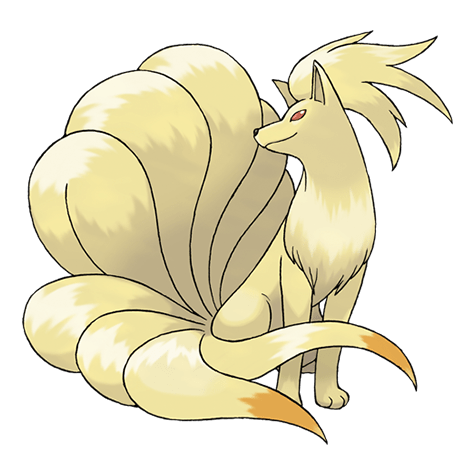 Despite having a whopping 50 less stats than Arcanine, Ninetales’ stats are far more streamlined so there’s less wastage. The Attack and Sp. Attack stats are almost identical (with slightly more going into Sp. Attack) but Sp. Defense and Speed are focused.

Just remember, Ninetales is only available in the Eevee version of Let’s Go. 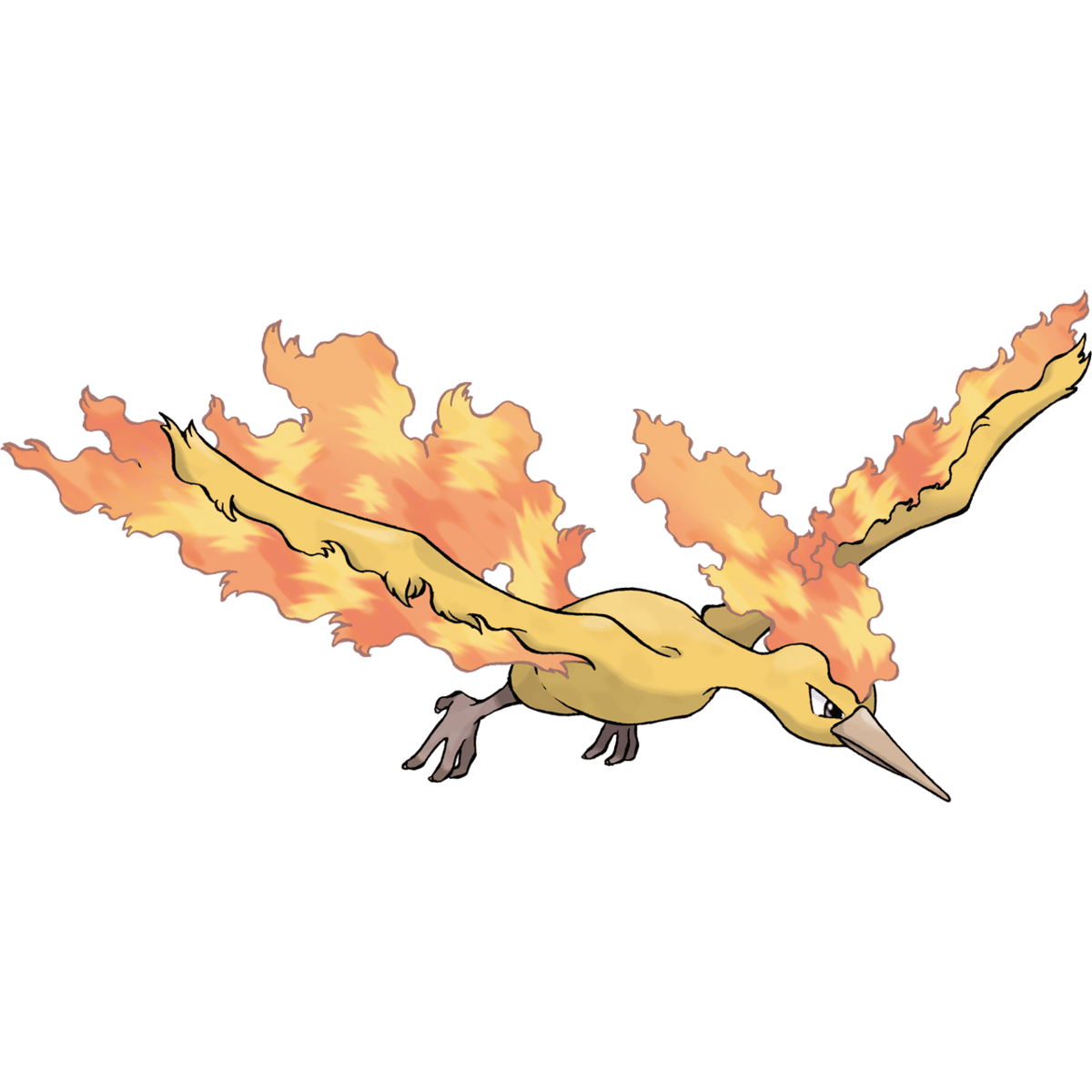 Having the Flying type as secondary typing means one thing – a x4 weakness to Rock. Moltres is immune to Ground type moves at least, and weak to Electric types. Overall though, it’s a great choice with a pretty nice stat total.

Similarly to Arcanine, Moltres has high Attack and Sp. Attack stats. Which doesn’t work well as you want just a single offensive stat to take up the most stats. Even then, it’s a Legendary Pokémon so who cares? 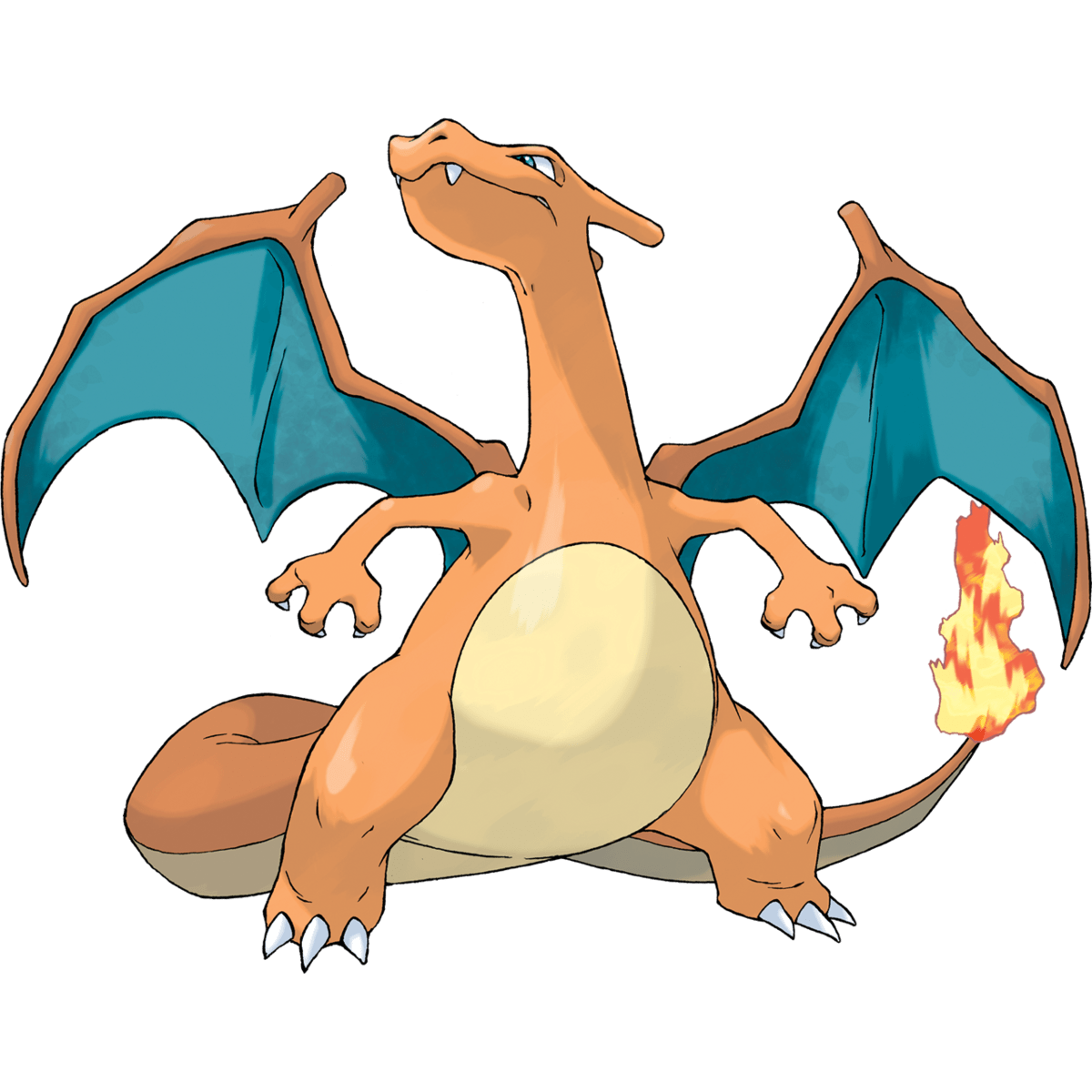 Mega Charizard Y has the same move-set as the normal Charizard.

If you choose to mega evolve it, you can go for the X form which is a Dragon/Fire type – or the Y form which retains Charizard’s original typing. Both mega evolutions increase its base stats to 634, with Charizard X being a physical attacker/

Competitively, look out for Stealth Rock as that can take away nearly half of Charizard’s HP. A huge reason why this Pokémon isn’t seen more often.