If you have a burning desire to see yourself fail, or overcome all odds and win despite not deserving it, coin flips cards are up your street. Based around a high risk, high reward system, a single coin toss can make or break a duel. Due to this, players don’t give these kind of cards a second look.

However, there’s absolutely nothing wrong with creating a fun, casual gamble deck. You can go for cards utilising dice but coin flip cards are incredible themselves. Certain cards exist to help things go in your favor and are surprisingly effective against other casual decks.

As most people recommend, don’t get too into the gambling side of Yugioh. It’s all fun and games until you wake up to find your hands flipping coins… 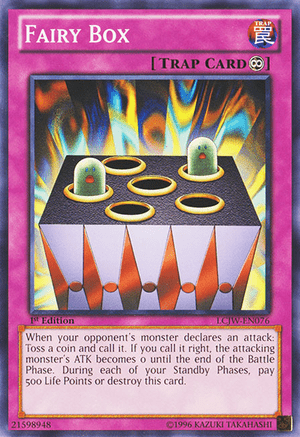 A classic card, Fairy Box was well sought after upon its release back in 2014. Shortprinted in Labyrinth of Nightmare, no doubt you was a king if you had this among your group of friends. Nowadays, this card could go without the life point cost as the coin flipping is difficult enough to achieve. Still might be worth putting a copy or two into your coin flip deck! 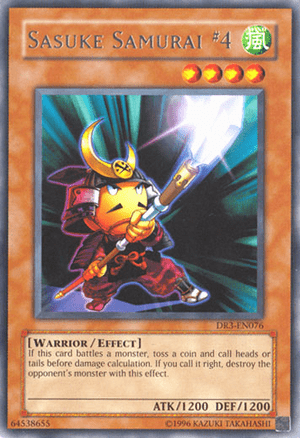 I have a deep, personal love for this little samurai. The whole Sasuke Samurai archetype is pretty interesting, with unique effects for the time they were released. Sasuke Samurai #4 offers non-targeting destruction, capable of defeating some of the biggest bosses in the entire game!

Sometimes you get horrific luck and this monster dies straight away but overall, it’s a good choice for a coin flip deck.

Cards like Tour of Doom are the reasons you want to play such a risky deck. Pulling off the beneficial coin flip result must be so satisfying! 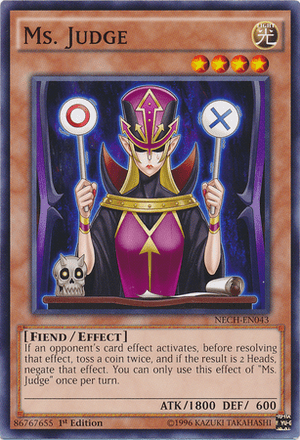 Another shortprint, Ms. Judge comes in just a single set – The New Challengers. Konami does like to release support for old, forgotten archetypes/strategies. As far as coin flipping goes, Ms. Judge has the potential to win games on its own. Being able to negate an entire effect, regardless of card type, is amazing. 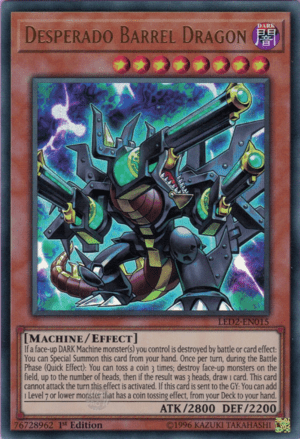 Konami loves their retrains, as do us players. Desperado Barrel Dragon is a resurrection of the previous coin flipping king, Barrel Dragon. Now with more destructive power, this Machine type monster offers itself as a boss monster, the life-blood of a coin flipping deck. With built-in draw power as well as a search effect once it hits the graveyard, it’s a must-have for any coin flipping deck. 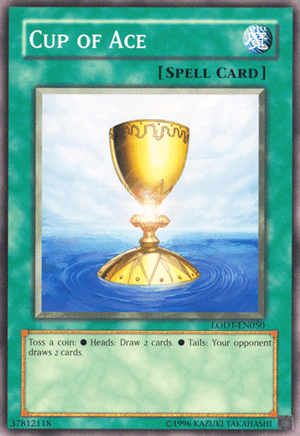 By far the most simple coin flip card in existence, Cup of Ace is either a Pot of Greed or a suicide. If you end up giving your opponent 2 cards, you might as well surrender. On the other hand, drawing 2 cards yourself is almost a guaranteed victory.

You definitely need 3 of these cups in your coin toss deck, it epitomizes the risk vs reward play-style. 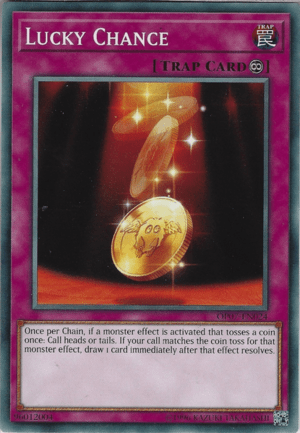 Providing some much needed draw power, Lucky Chance gives gambling decks a consistency boost. Sure, it’s not guaranteed to give you card advantage or even slightly justify its place in the deck but it can be immense. Unfortunately it doesn’t work the Barrel Dragon series of cards as they have more than 1 coin flip. Alongside monsters like Sasuke Samurai #4, you can take down strong monsters and draw cards for doing so! 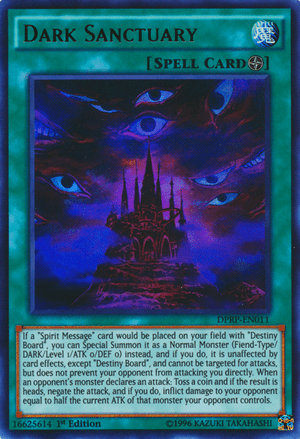 Disregard the text about “Spirit Message” cards, instead you should focus on the last paragraph. Upon your opponent’s monster declaring an attack, Dark Sanctuary flips a coin and if the result is heads, it negates the attack and your opponent takes some nice effect damage.

Coin flip decks have been lacking a decent field spell card for a long time, but now they have this beauty to help them defend their life points and offer an alternate win condition! 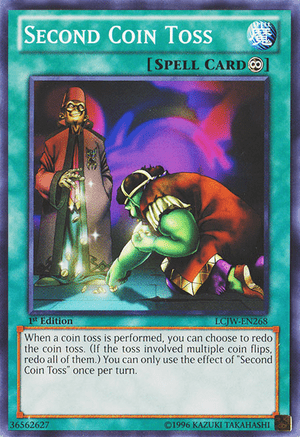 One of 2 or arguably 3 cards you must have 3 of in any coin toss deck. Second Coin Toss gives you another chance when things don’t go your way, further increasing your advantage. It sucks when even the second toss fails but that’s what can happen with this kind of deck. More often than not, destiny is in your favor when using this card.. 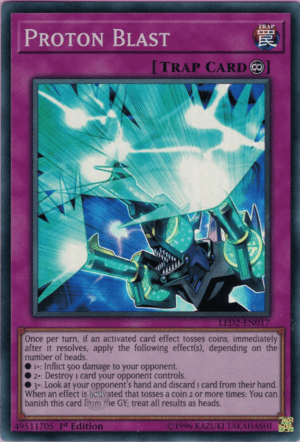 Made to fit snuggly into the Barrel Dragon archetype, Proton Blast is useful for providing a 100% chance of success on cards that flip more than one coin. Even then, it can apply some nice burn damage once per turn, or even destroy a card if you get lucky enough!

Building a coin toss deck without Proton Blast is setting yourself up for failure. I hope that now you’ve read this list, you’ll be able to build a fun, coin throwing deck!