The Bug type is a fairly under-represented series of Pokémon in the Kanto region, mostly used during your early adventures. By the time you start to encounter the strongest Bug Pokémon, you’ve likely already settled on your favorite team. So if you’re looking to start a playthrough and want to decide on a Bug for your party, this list will tell you everything about the choice you have ahead of you!

Strong against Grass, Psychic and Dark Pokémon, this type has quite a few nice advantages. Just be aware, insects like these are destroyed by Flying, Rock and Fire Pokémon” 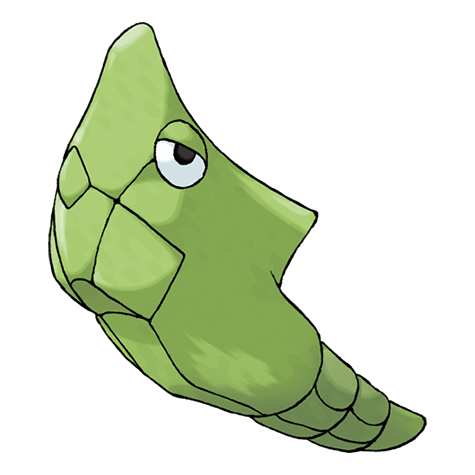 You know a type is in need of more options when a list starts with Metapod. Acquirable in Viridian Forest, Metapod is a defensive Bug type Pokémon, a cocoon form for Caterpie to reach its final evolution.

Only knowing Harden, Tackle and String Shot as well as being unable to learn any TMs sucks though. Who wouldn’t want to take on the Elite Four with a Metapod? 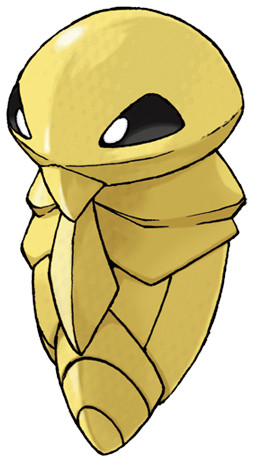 Kakuna’s stats are identical to Medapod’s, only this entry is a Poison type as well. Poison Sting at least gets some nice S.T.A.B, so it has some decent firepower and can act as an effective tank in early levels. 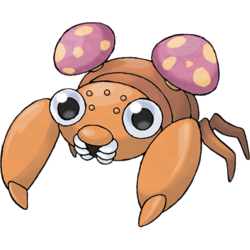 Having Grass as a secondary type is in some ways pretty nice but Paras has additional weaknesses to Bug and Ice type moves. On the other hand, it can learn more unconventional moves such as Spore and even Mega Drain. 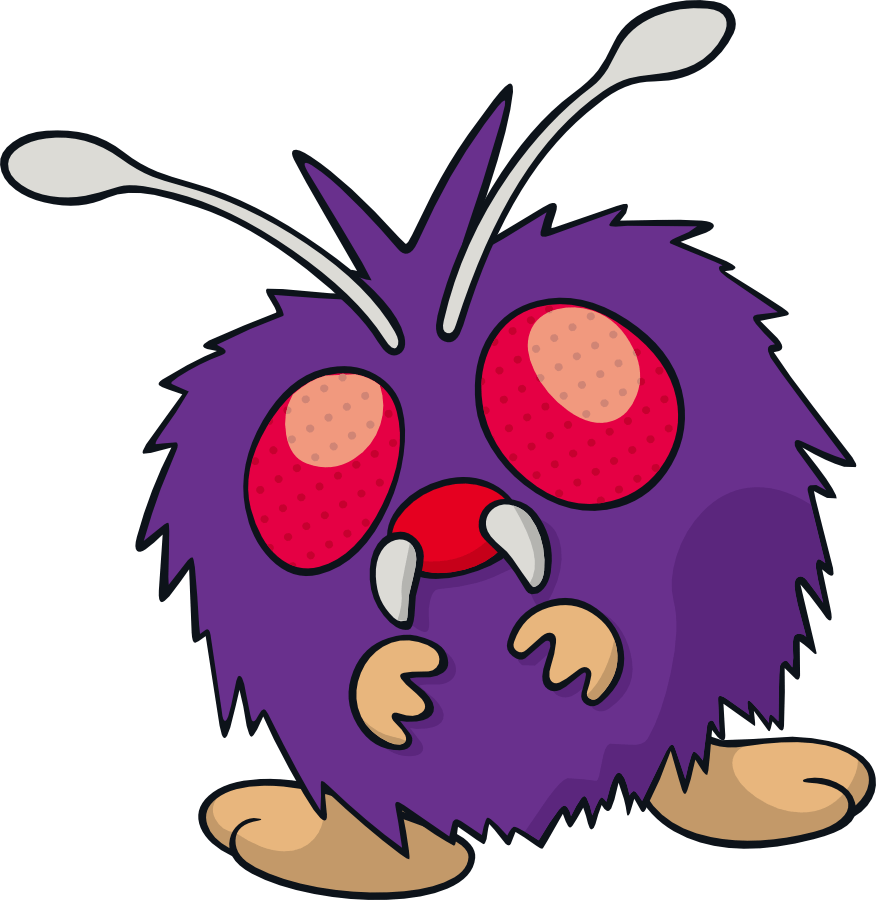 Found as early as Route 24, Venonat offers itself as a good physical attacker around the time you aim for your second Gym Badge. In addition to being a Bug type, Venonat has Poison for its secondary type.

One of the best aspects is Venonat’s versatility, with the ability to learn Psychic type moves as early as level 11! 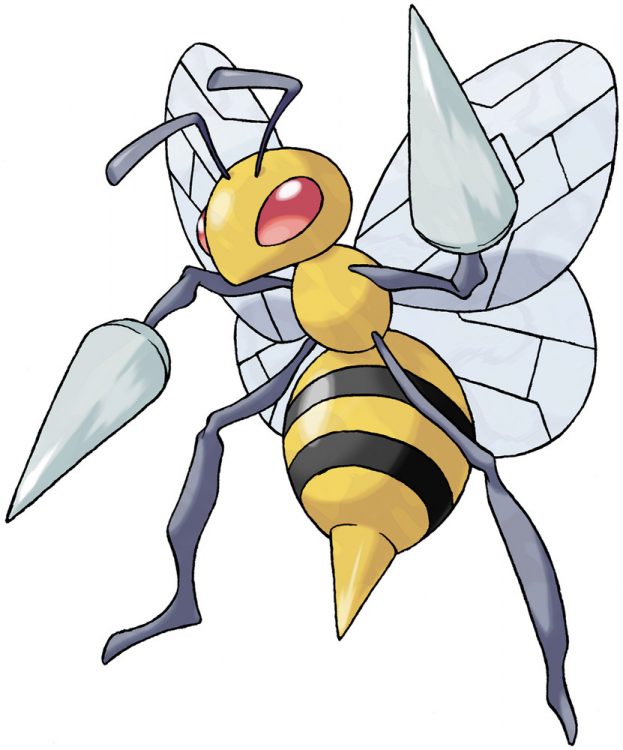 I’ve always found Beedrill pretty awesome, trying to use it as much as possible. With stats preferring Attack over Sp. Attack, a Beedrill with a nature like Adamant can end up hitting pretty hard. Poison as a secondary typing offers a nice way of dealing with types like Fairy and Dark.

In addition to all of this, Beedrill has a mega form you can use. In case you don’t know how to unlock mega evolutions – you need to defeat the 7th Gym Leader then speak to Professor Oak. 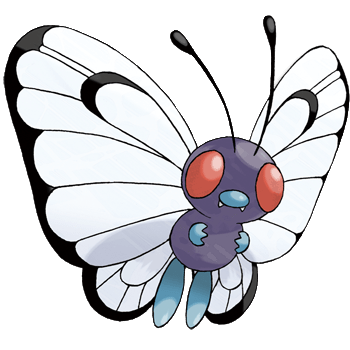 Butterfree is an amazing choice, easily obtainable yet powerful at almost all stages of your playthrough. Boasting a varied move pool, Buttefree’s move-set can be tuned to fit whatever situation necessary. Not only a Bug type, Butterfree if a flyer too, being able to learn the powerful Air Slash and Roost.

No matter how you build your Butterfree, it’ll act as a speedy special attacker that can counter any type in the game! 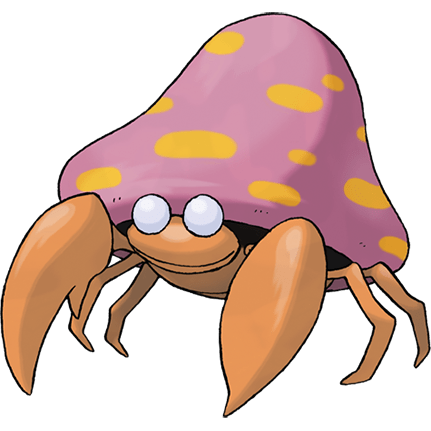 Continuing as the only Bug/Grass based Pokémon in the game (with Paras of course), Parasect is a niche option overall. Little to no Speed stat is justified by high Defence and Sp. Defence, as well as high Attack.

In terms of move-set, you’ll want to be an annoying tank that can heal itself. So go for X-Scissor, Mega Drain (or Leech Life), Toxic and Protect. 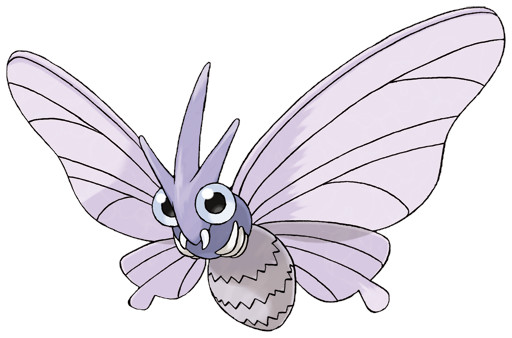 Another Bug/Poison type Pokémon, one that can learn a variety of other moves such as Sludge Bomb, Psychic and Bug Buzz. Focusing more on Sp. Attack, Venomoth can also utilise Quiver Dancer with Sleep Powder to accrue a huge amount of stats.

A decent Speed stat makes Venomoth surprisingly good, players just don’t really want to level a Venonat up to 31 for it to evolve. If you want something difference, I highly recommend this Pokémon! 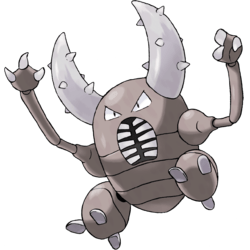 Available only in Let’s Go Eevee, Pinsir has some pretty great stats, particularly its Attack. Rarely found in routes 14 and 15, trying to catch enough to get a decent combo bonus is seemingly impossible.

In terms of moves, Pinsir uses physical moves only. Maximise its effectiveness with Swords Dance, then use the likes of X-Scissor, Break Brick and Earthquake to destroy entire teams!

Pinsir has a mega evolution that grants Flying as a secondary type. 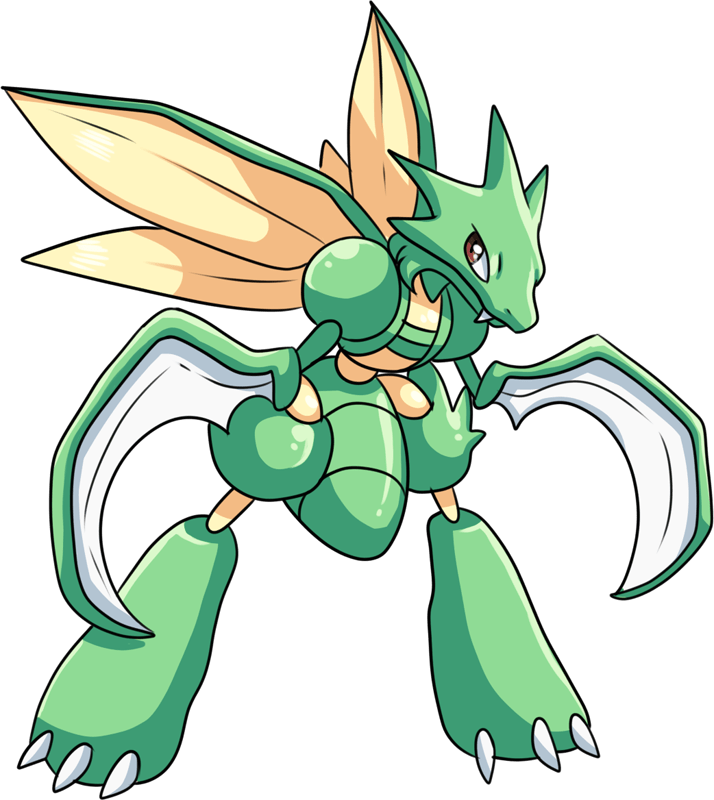 Available only in Let’s Go Pikachu, Scyther has less Attack than Pinsir, but higher Speed and more tankiness. This Pokémon’s strength lies in other areas though, as it’s a Flying type so it can learn Roost. A move-set of X-Scissor, Roost, Swords Dance and Wing Attack will result in one unbeatable Bug type Pokémon. Plus, it’s one of the coolest looking Pokémon in existence!