Each time a new booster set is released, they bring new archetypes with new boss monsters and support cards for previously released archetypes. Sometimes, we may even get a re-print of valuable cards. Buying a sealed booster box containing 24 or more booster packs of the same set is a great way of ensuring you obtain almost every card in the entire set.

Many players feel the need to buy one or two booster boxes every time a new set is released. This ensures their acquisiation of all cards, allowing them to create new decks or get their hands on the valuables. No doubt you’re reading this list because you haven’t a clue which booster set to keep your eyes on and this is understandable.

There’s so many booster sets circulating at the moment at varying prices. Remember though, buying singles individually is almost always the cheapest way of building a deck.

Very few things in Yugioh compare to opening booster packs though, not knowing what you’re going to get is part of the fun!

I’ll be ranking the 10 best booster pack sets in Yugioh, I’ll be making a separate “Cost-Effective sets” list though, this post will focus on what you get, regardless of the price. The other post will focus on the amount of foil & useful archetypes while also considering how cheap they are or not. 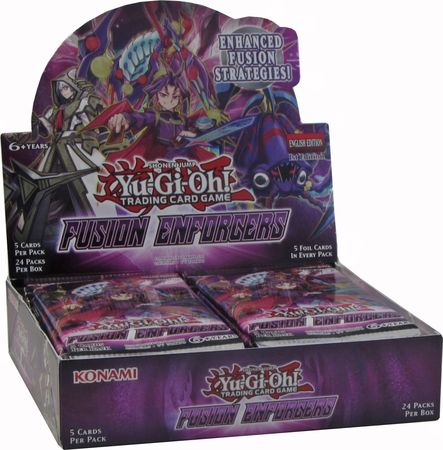 As expected, Fusion Enforcers bolsters your Fusion collection and their relevant support. Also included is the Invoked engine, which can be tech’d into a number of archetypes to make some nasty strategies.

Cards like Instant Fusion, Summoner Monk and Lonefire Blossom provide further staples every duelist should own. If you’re interested in Fluffals, this set also includes plenty of those with nice rarities.

In fact, all cards in this set are either Super Rare or Secret Rare! 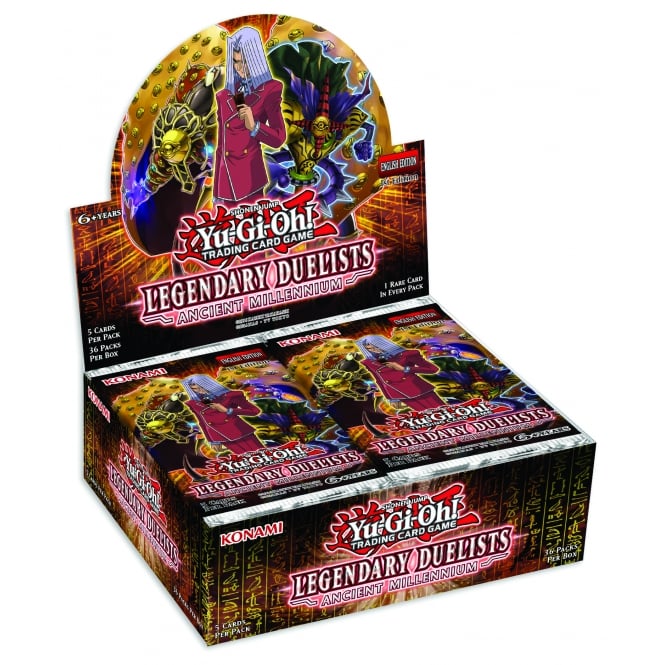 While you’ll only be able to make a single deck out of the cards of this set, the Eyes Restrict archetype, Legendary Duelists: Ancient Millennium is well worth obtaining. Just 53 cards are in the set, so a single booster box should give you everything you’re looking for. Support for fan-favorite archetypes such as Crystal Beasts and Great Moths make this set a dream for collectors.

You can also get Armed Dragon Catapult Cannon which is absolutely insane and one of the most satisfying monsters to summon in the entire game!

8. Code of the Duelist 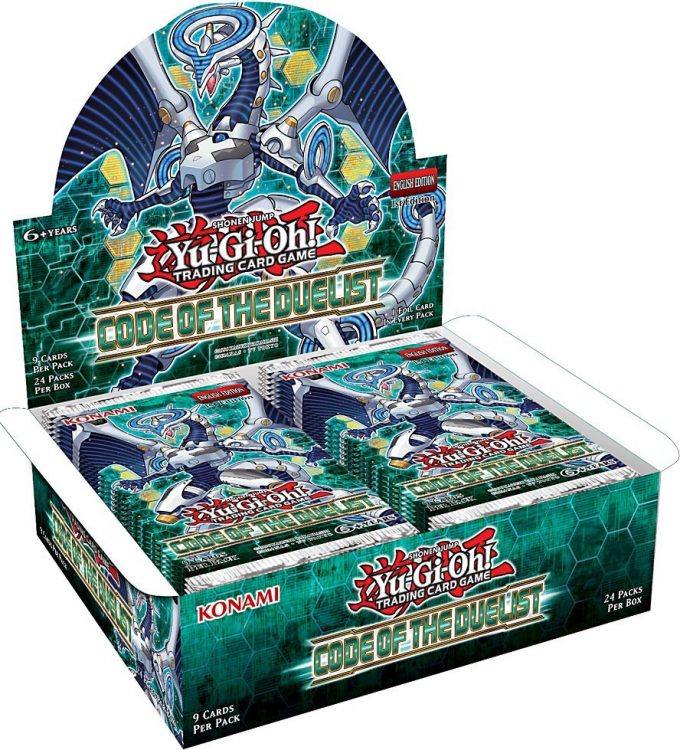 Powerful archetypes galore, Code of the Duelist is a must-have for any aspiring competitive duelist. The Gouki and Trickstar archetypes are all the rage these days, with many meta decks making use of them. Boss monsters like Firewall Dragon and Topologic Bomber Dragon are crazy good right now and sell for huge prices, due to such high demand for them.

Generic staples include Heavy Storm Duster and Back to the Front, owning a playset or two of those cards is recommended. It’s crazy how cheap a booster box of this set is, you easily get your money’s worth with how many expensive cards exist in there. 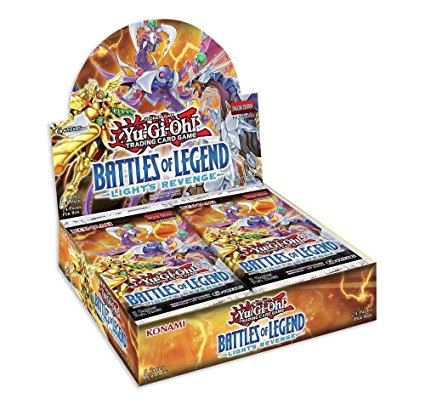 The lowest rarity in this set is Ultra Rare, justifying the high asking prices vendors demand. So many useful cards are in this set, including a ton of Lightsworn cards, Vanity’s Fiend, Double Evolution Pill (kinda broken with Ultimate Conductor Tyranno), Sage with Eyes of Blue, Galaxy Soldier, Crystal Wing Synchro Dragon and much more.

Battles of Legend: Light’s Revenge will provide you with some insane cards overall, not one pack will fail to give you something epic. 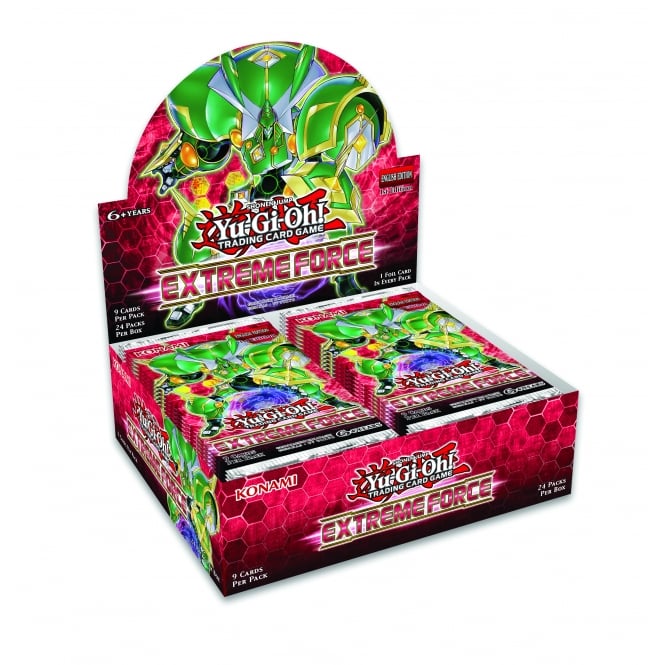 Saryuja Skull Dread debuts in this set, being one of the most must-have Link monsters in Yugioh. Of course, the chances of pulling it are low but with all the other cards in the set, Extreme Force is a great booster box to acquire. Heavymetalfoes Electrumite also makes an appearance, which I’m sure you’re aware of just how mandatory it is in any deck containing Pendulum monsters.

Extreme Force introduces a ton of Link support for other types & attributes too. Noble Knights, Machines, Fiends, Lightsworns and the Fire attribute are all given huge support. 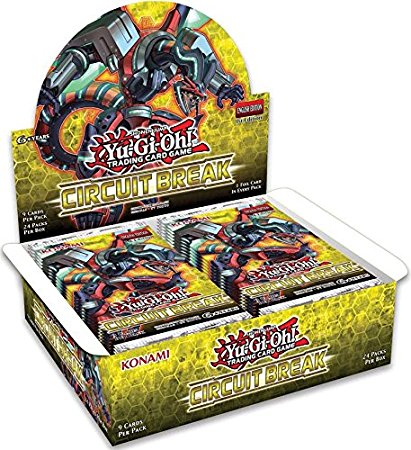 Circuit Break introduced a few new archetypes to Yugioh, including Krawler & Altergeist with support for other archetypes like Gouki, Trickstar and Amazoness. However, the single most important reason to buy Circuit Break is to get the absurd amount of awesome staples.

Evenly Matched, Borreload Dragon, Bagooska & Amano-Iwato are just the few most important. All of these cards are meta relevant and are considered must-haves for any duelist. Quite a lot of the other cards are worth picking up anyway! 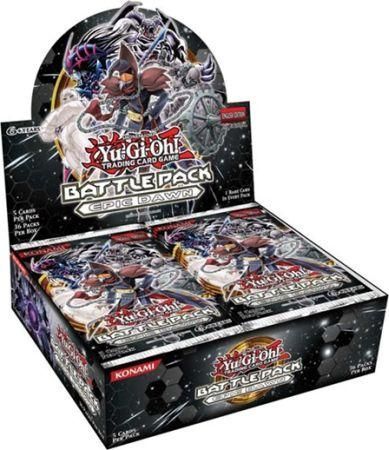 Battle Pack: Epic Dawn is the oldest set on this list but trust me, if you can find one cheap then you’ll be getting so much value. I won’t even try to list all the awesome cards in this set, please check out the card list below. A few notable names I will mention are Raigeki, Solemn Judgement and Skill Drain. Overall though, no other set offers so many completely awesome staples.

The only reason this set isn’t first on the list is due to a lack of focus, you will get some awesome cards but they’re all generic staples, rather than a powerful archetype or insane Link monster. 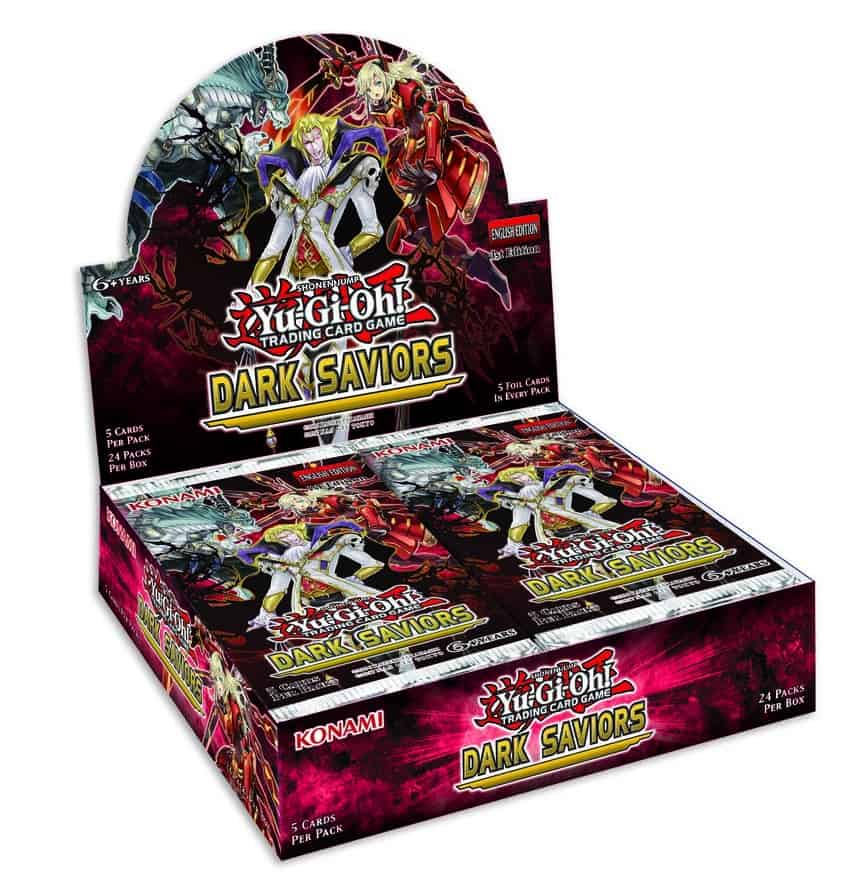 Dark Saviors is the most recent set on this list, containing just 60 cards, all of which are Super Rare or Secret Rare. The additions of the Vampire and Fur Hire archetypes/support is excellent, they’re both awesome and fun rogue decks that may even be competitive once people figure them out more. Dark Savior’s value comes in the form of Sky Strikers, which were already breaking the meta before they were even released.

Pack openings show it’s quite difficult to get the needed Sky Striker Mobilize – Engage!, with apparently only 1 in 2 booster boxes actually containing it. That mentioned card is so meta-warping that this booster set is already expensive, just weeks after release! 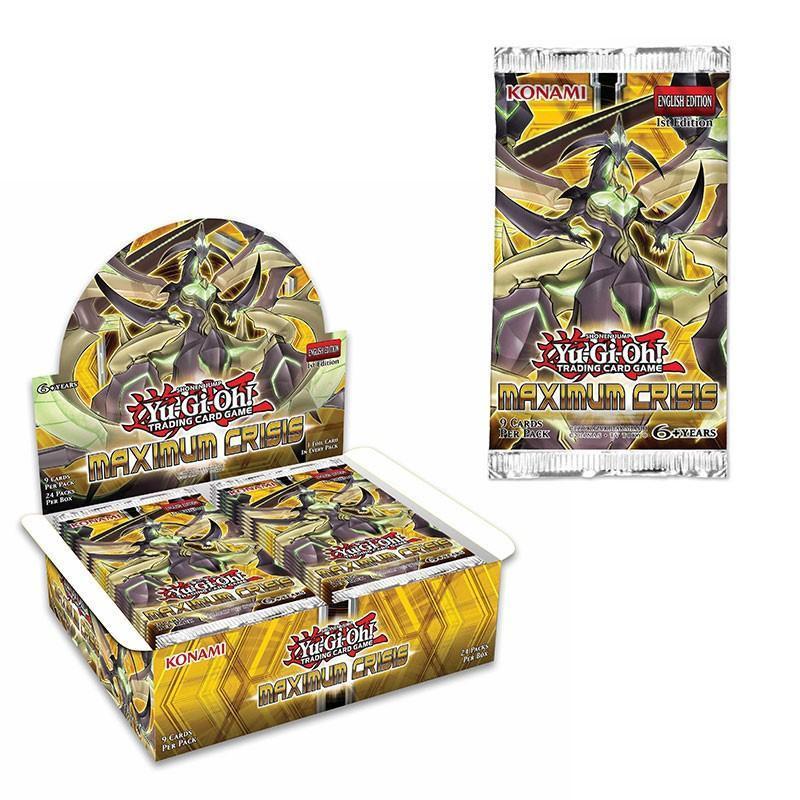 Predaplants, Supreme Kings and Dracos are featured in Maximum Crisis. Those archetypes are so good, even competitively. Predaplants help in 60-card decks, Supreme Kings are just bonkers on their own or tech’d into other archetypes and True Dracos have been all over the competitive scene since this set was released. As well as these guys, you get staples like Tornado Dragon, True King of All Calamities and arguably the single best card in the entire game right now; Ash Blossom & Joyous Spring. 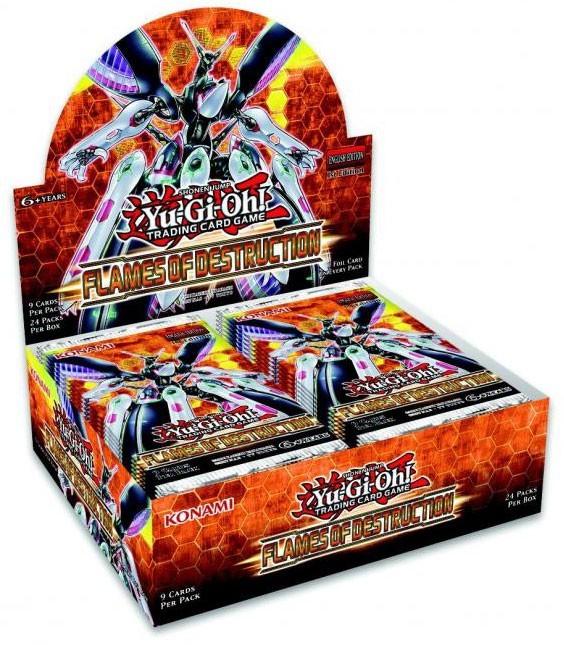 Previously mentioned booster sets are brilliant on their own, providing a ton of useful cards to create new decks and improve already owned ones. Flames of Destruction is the best though, no other booster set offers more meta cards than this. Knightmares debut in Flames of Destruction, this archetype can be added to a lot of other decks (most effective with Goukis) and are currently topping tournaments.

Called by the Grave is a great meta card nowadays too, being re-printed in this set makes it a lot more obtainable. Knightmare Corruptor Iblee is single handedly becoming one of the best cards in the game. Ghost Belle & Haunted Mansion has also been introduced and is yet another staple hand-trap.

Infinite Impermanence is the best trap in the game right now, as powerful in the hand as it is on the field.

As well as all this, Trickstars got even more support to help propel them back to meta domination. Flames of Destruction is clearly the best booster set in Yugioh!