Is there anything cooler than a huge battleaxe? Probably yeah, but they still have the awesomeness of gargantuan proportions. Battleaxes are arguably the most intimidating weapons in the game, warhammers are indeed powerful but battleaxes combine blunt force with sharp cutting abilities. So if you want to take advantage of such epicness, you’ll need to know which battleaxes to use.

Fortunately, almost all the battleaxes are strong, look cool and provide a satisfying combat experience. Some are better than others though, have a look at this list to find out which are the best! 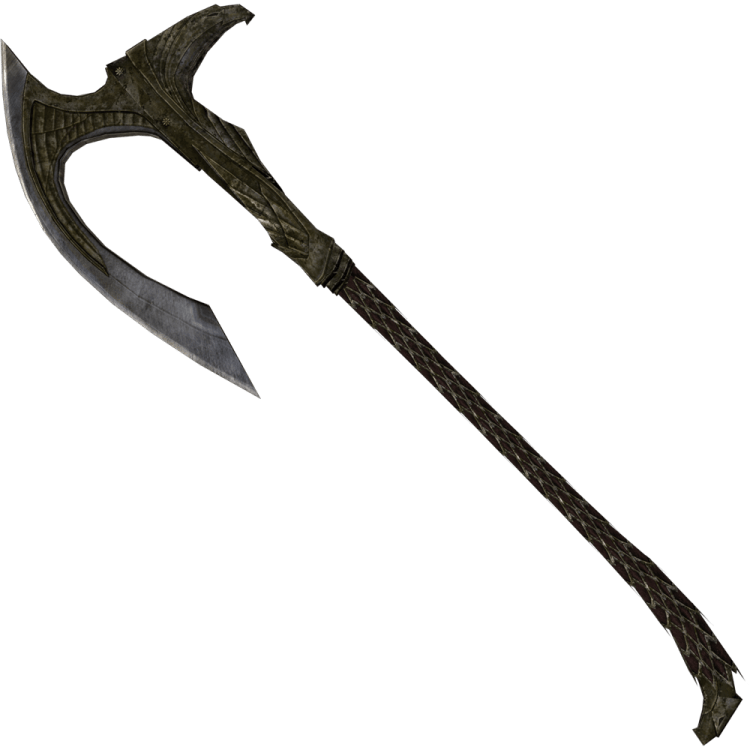 One of the earliest decent battleaxes you can obtain, the Elven variant looks the part and can be a powerful weapon for your new Dragonborn. You should equip, upgrade and enchant this weapon as soon as you obtain it, as it will serve you well until you acquire the battleaxes higher on the list!

(Spoiler) How to obtain: Obtainable via loot from defeated enemies, or purchasable from merchants at level 19. 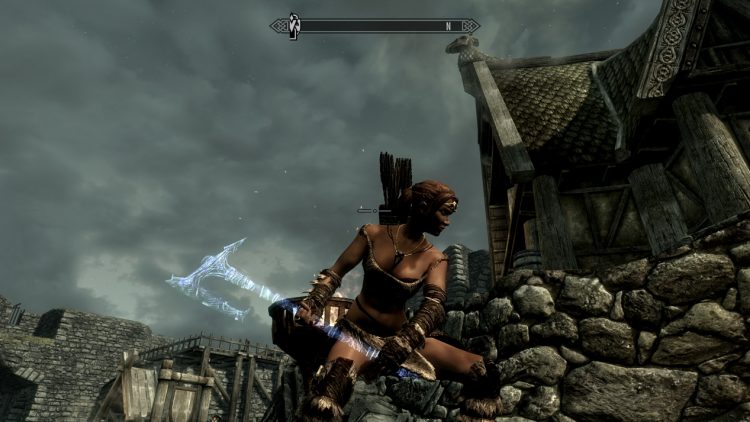 It’s understandable if you want to skip this battleaxe, the ghostly appearance is determined as silly by most players. However, it’s a mighty weapon with the same base damage as the Elven Battleaxe. It does have a cool enchantment though, one that absorbs 15 points of health when striking an enemy, this enchantment also has unlimited charges. So with a total base damage output of 35, why is it only number 9 on the list?

Well, the appearance lets it down. But the method of acquiring it can be a bit tedious too. It also cannot be upgraded, so you’ll find yourself low on damage once you start hitting a decently high level.

(Spoiler) How to obtain: Found only in Labyrinthian during the Staff of Magnus quest. 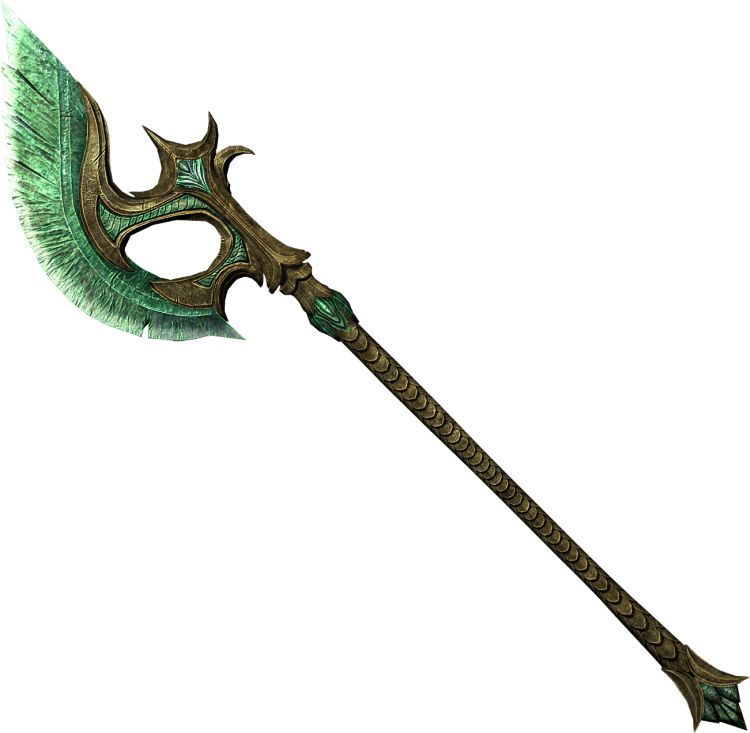 Man this battleaxe looks incredible, I’d be happy using this for a long long time, even if I encountered other weapons with more damage. But that’s down to opinion, the glass battleaxe is next on the list and an upgrade from its elven counter-part. With a slightly higher base damage, you should ditch your elven battleaxe the moment you find this weapon.

(Spoiler) How to obtain: Upon reaching level 27, you’ll be able to find glass weapons & armor as loot, or in shops. 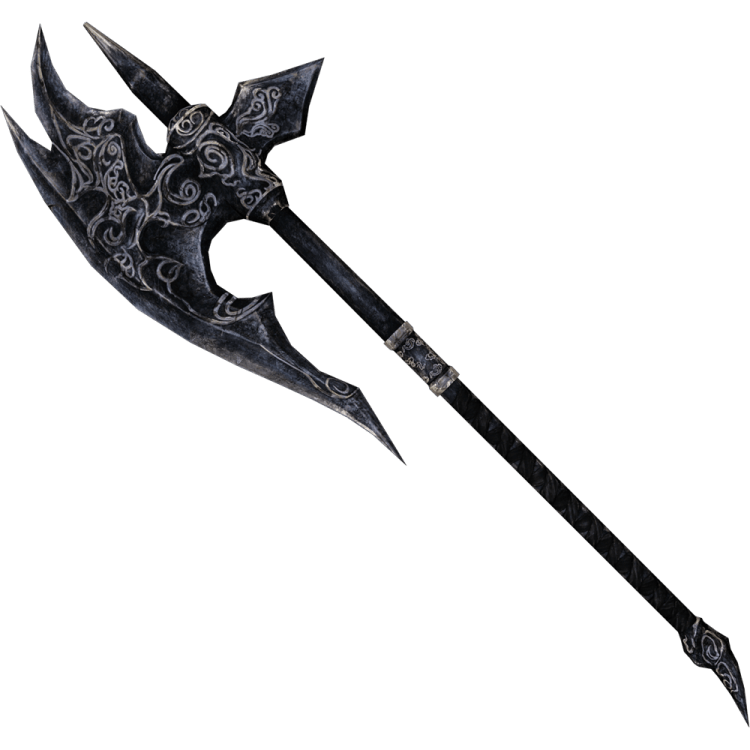 The next step up from the glass battleaxe, the ebony battleaxe fields more damage and a darker appearance. It does weigh slightly more but to be honest, the encumbrance difference is unnoticeable.

(Spoiler) How to obtain: Found as loot or in shops after reaching level 36. 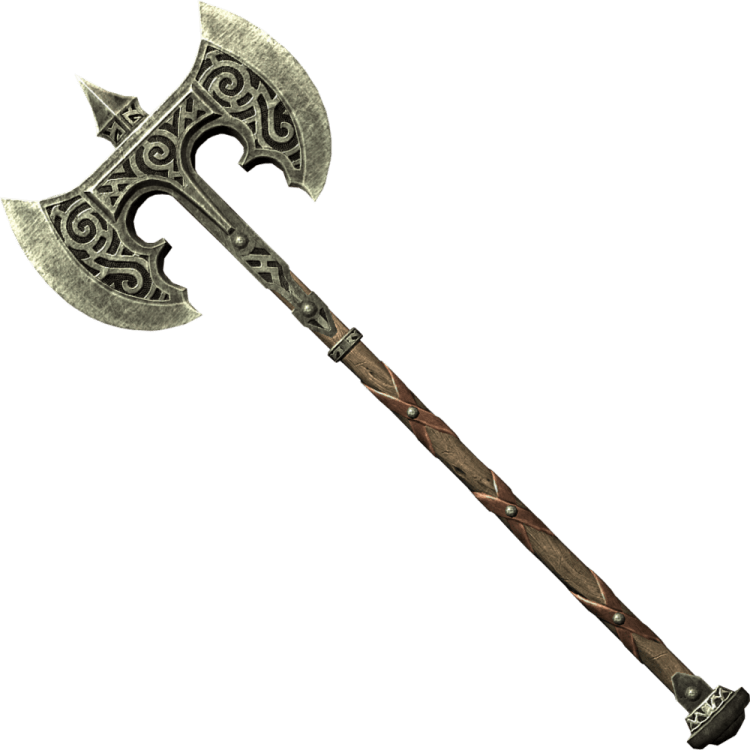 This weapon is absolutely amazing for new saves, it’s easy to obtain and can provide the player with a powerful tool to make their early travels much more successful. Yes, it has a low base damage, as is normal with steel weaponry. But the enchantment is awesome as it deals 10 extra fire damage and fills a soul gem if the enemy dies. As its a steel battleaxe, you can upgrade it with steel ingots which are remarkable easy to get, this will also boost your smithing skill.

(Spoiler) How to obtain: Found behind the throne in Ironbind Barrow.

Boasting higher damage & exact weight as the ebony battleaxe, this weapon is an upgrade through and through. Although some may question stalhrim’s appearance, the power of this battleaxe cannot be questioned. Like all stalhrim weapons, any frost enchantments are given a small power boost when used in conjunction with such battleaxe variants.

(Spoiler) How to obtain: Unfortunately, this weapon (as well as all stalhrim items) are only available in the Dragonborn DLC.

How epic is this weapon?! You have to love the creators of Skyrim sometimes, they’ve produced an extraordinary world full of cool weapons. The Rueful Axe is no exception, providing a unique aesthetic and formidable combat abilities. It has a decent enchantment and a fairly good base damage, the enchantment deals 20 extra damage to stamina. This’ll help prevent your opponents from blocking or power attacking, helping you decapitate them with ease.

(Spoiler) How to obtain: Kill Barbas during the A Daedra’s Best Friend quest. 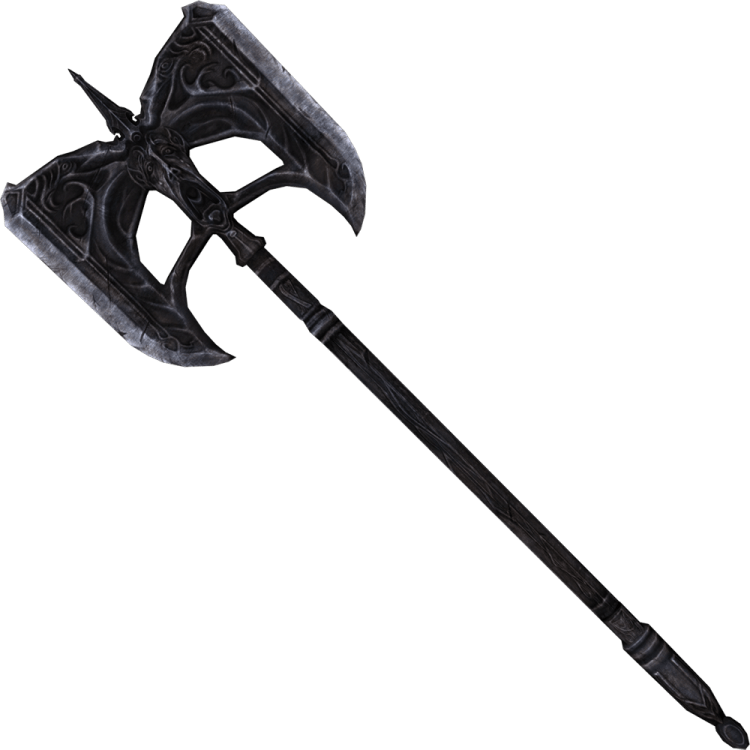 Wuuthrad does have an enchantment but that’s barely a deciding factor in its ranking on this list. It deals extra damage to elves, that’s it. While that can be handy, this battleaxes other traits make it one of the best in the game. It sports one of the highest base damages in the game and is the most deadly unique battleaxe in Skyrim. A combination of high damage, unique appearance & half-decent enchantment allow Wuuthrad to reach so high on the list!

(Spoiler) How to obtain: It’s given to the player as a reward for completing the Glory of the Dead quest. 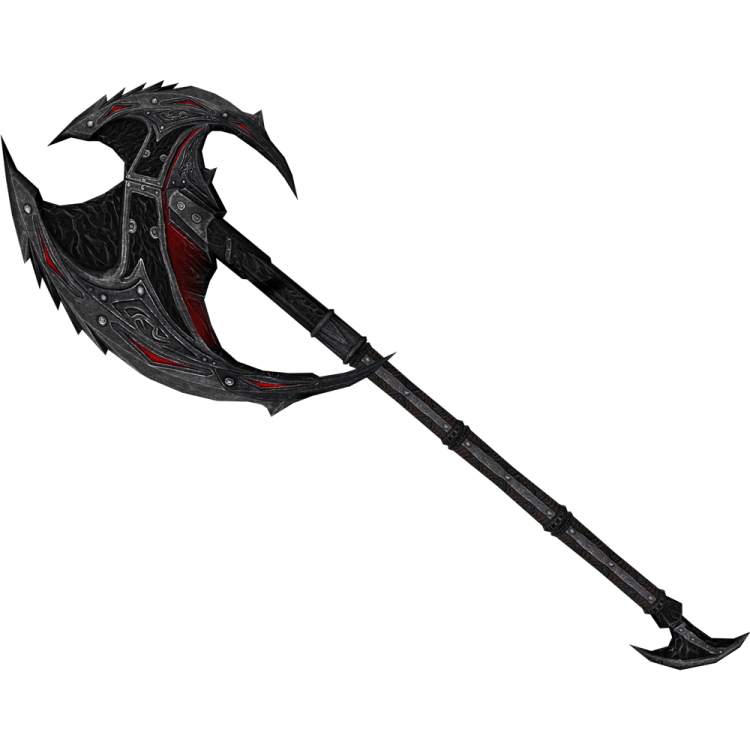 The size of this beast is impeccable. If NPCs had human emotions, this battleaxe would be by far the best as they’d simply flee upon sight. But NPCs don’t have such feelings, they’ll try to fight you regardless of how much you’re compensating for a small manhood. You’d think with the same base damage and lower weight, Wuuthrad would be higher than the daedric battleaxe but you’re wrong. Wuuthrad cannot be upgraded, this weapon can. So overall, this weapon can reach the second highest damage out of any battleaxe in Skyrim!

(Spoiler) How to obtain: You can get your hands on one of these bad boys after reaching level 35! 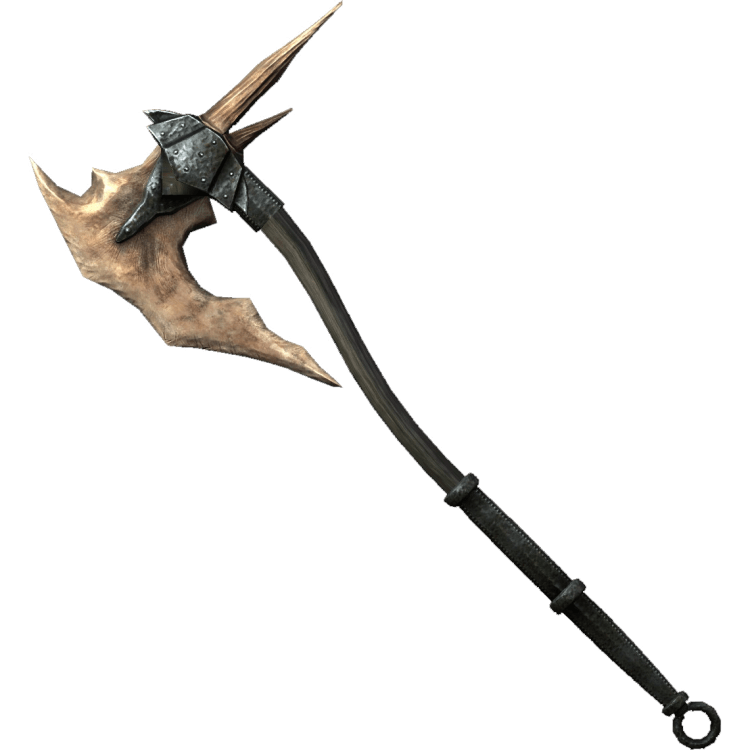 I just want to make it clear that if you only have the base version of Skyrim, the daedric battleaxe is 100% the most powerful in the game. If you’re like 99% of other Skyrim players and have the DLCs, then look no further for your cleaving needs. Although this weapon does have a considerable amount of weight, its damage more than makes up for it. You’ll be chopping everything from chickens to giants. Go out and get yourself a dragonbone battleaxe!

(Spoiler) How to obtain: Dawnguard DLC is required for this 🙁

i dont know why people use the Rueful Axe 1. its got the same speed as a war hammer maybe slower 2. the thing i like about it is how if you choose it you get a bad bargain which clavicus viles story is that the deals people do with him will end up with them regretting it

the rueful axe shouldn't be on the list one its the lowest swing speed of all axes 2. it gets overshadowed by everything